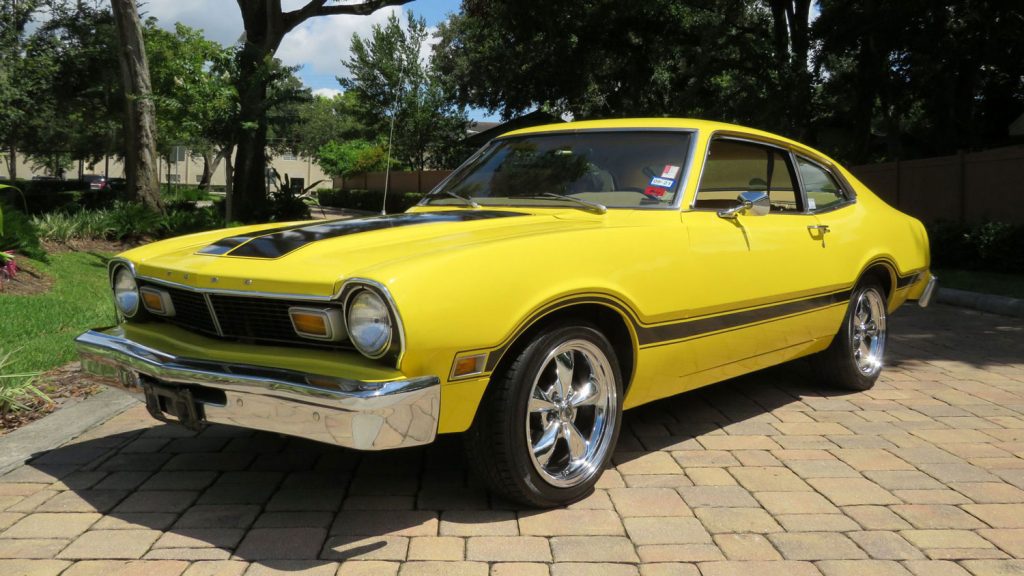 Though the Ford Maverick today is a compact unibody pickup (via quite the purposeful decision), that was far from the case five decades ago. The original Maverick bowed for the 1970 model year as a compact two-door, rear-wheel drive replacement for the Ford Falcon. Its intended competitors were the Chevy Nova, Dodge Dart, and the growing list of Japanese compacts.

The 1970 Ford Maverick took much of its design ethos from the wildly-successful Mustang, utilizing a long hood, fastback-style roofline, and a short rear deck. 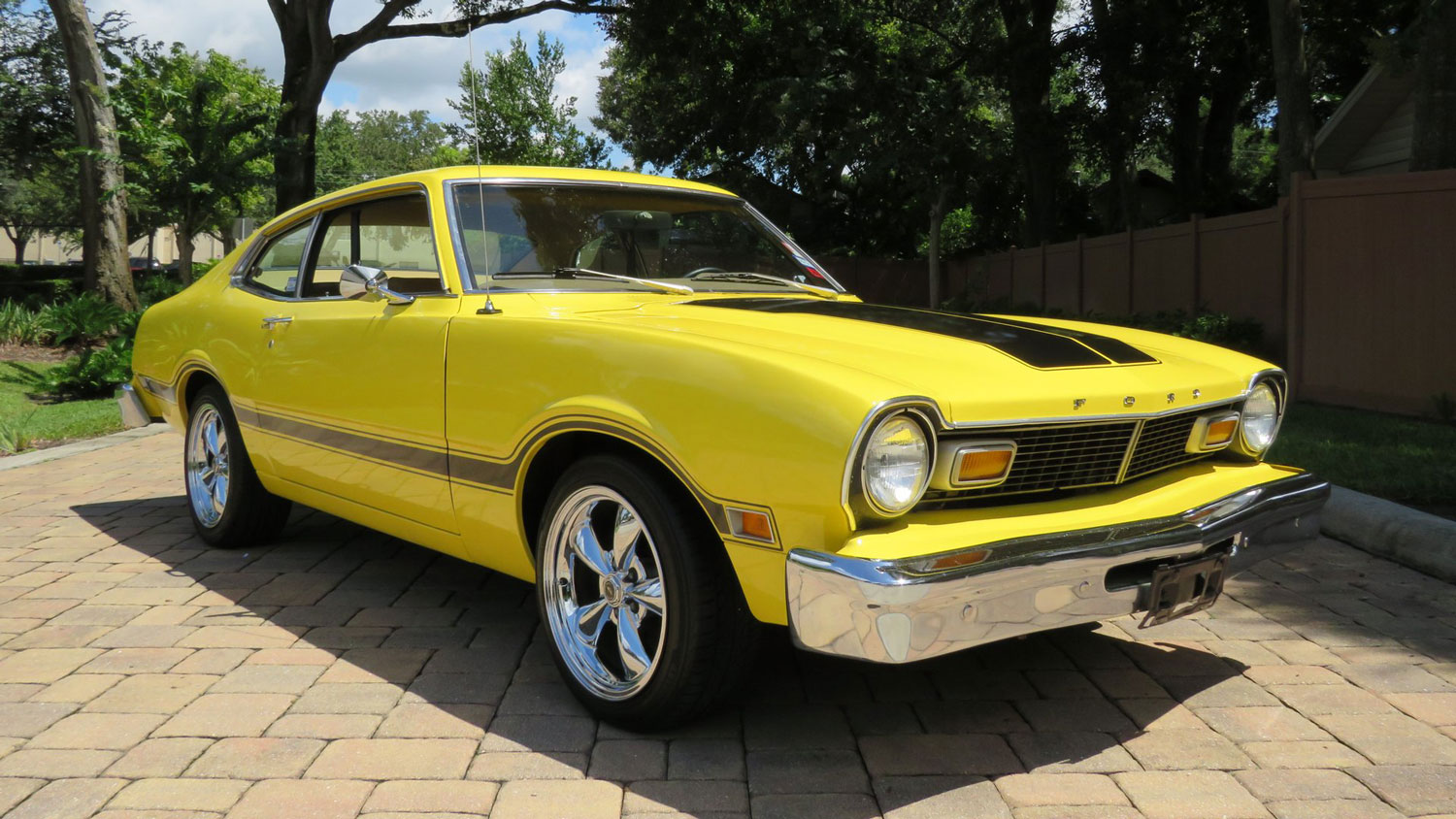 First year sales for the Ford Maverick approached 579,000 units. By comparison, the Mustang sold fewer than 200,000 in 1970. By the time Maverick production ceased at the end of the 1977 model year, production totaled 2.1 million.

Some of the early Ford Maverick paint colors had pun names like “Hulla Blue”, “Thanks Vermillion”, and “Freudian Gilt”, in addition to more traditional monikers like Black Jade, Champagne Gold, and Candyapple Red. 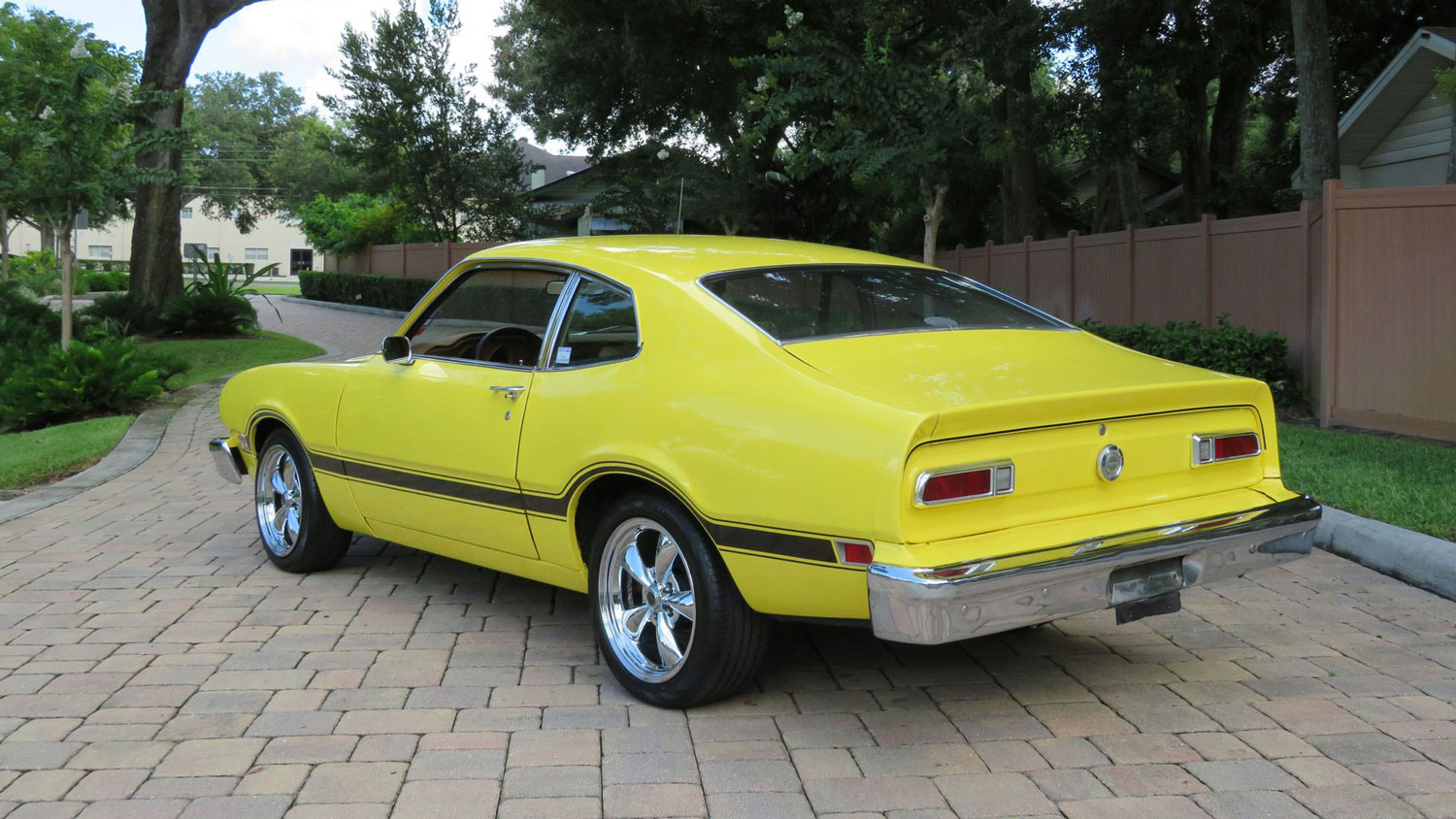 Our feature car today is a 1976 Ford Maverick in Bright Yellow with black stripes – a paint scheme reminiscent of the earlier Maverick Grabber package. It is wearing seventeen-inch chrome five-spoke wheels with low profile tires, and is equipped with power front disc brakes and power rear drums, along with an AM/FM-CD stereo. Powering the Maverick is a 302 cubic-inch V8 backed by a three-speed automatic transmission. 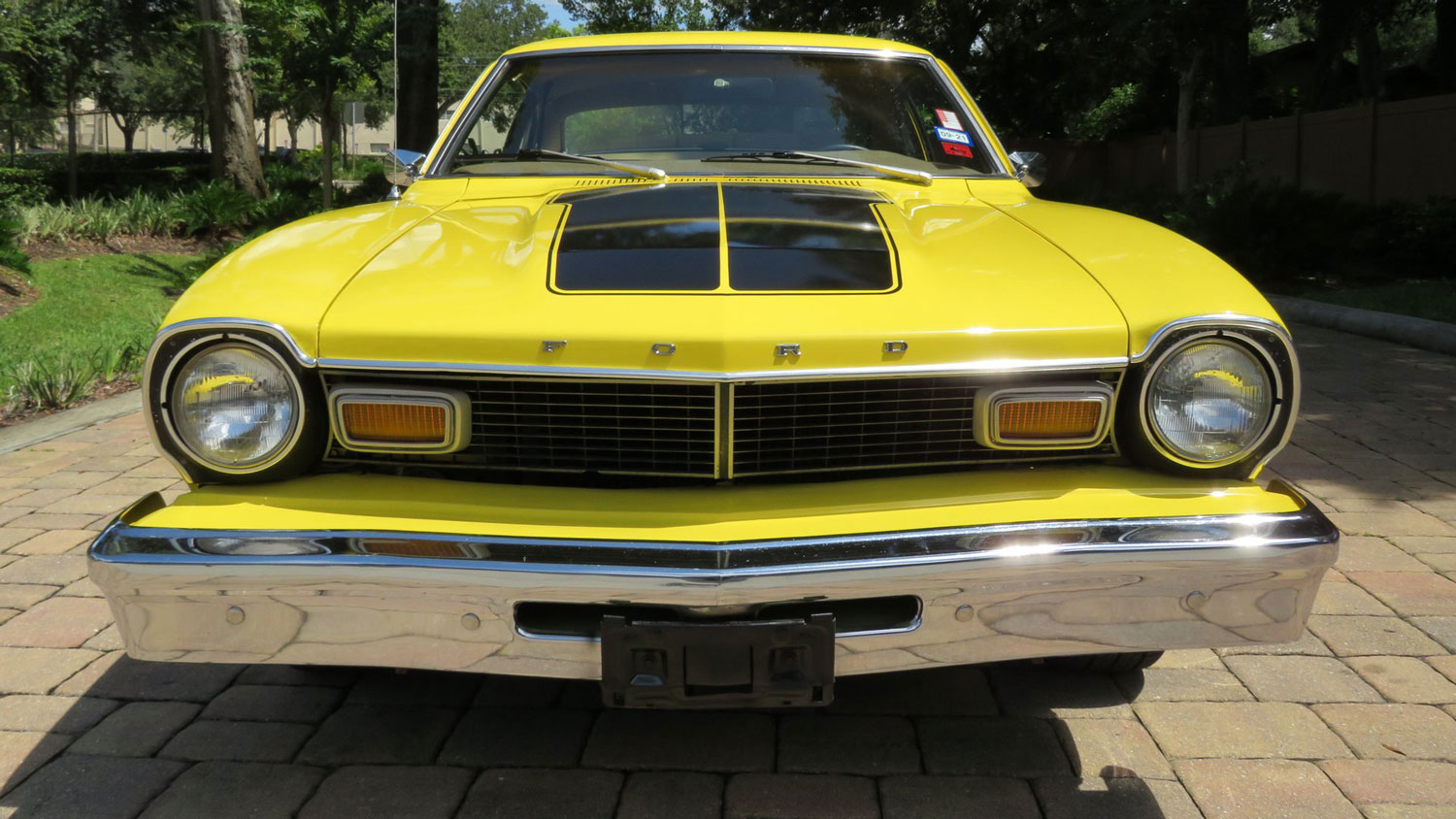 The Bright Yellow paint on this Ford Maverick looks to have been done to a better than decent standard, with significant effort put into prep and application. The bumpers appear to be in fine nick, and the stainless trim has been well polished. The glass looks to be in good condition, with no nicks, cracks, or wiper tracks noted. The more modern chrome wheels are a nice touch.

Inside the Ford Maverick, tan upholstery provides a handsome contrast to the Bright Yellow exterior. Vinyl covered benches front and rear show some light wrinkling, as do the door cards. The factory steering wheel has been replaced by a three-spoke unit. Carpets appear to have been recently replaced, and appear showroom fresh. The dash wears a cloth cover. 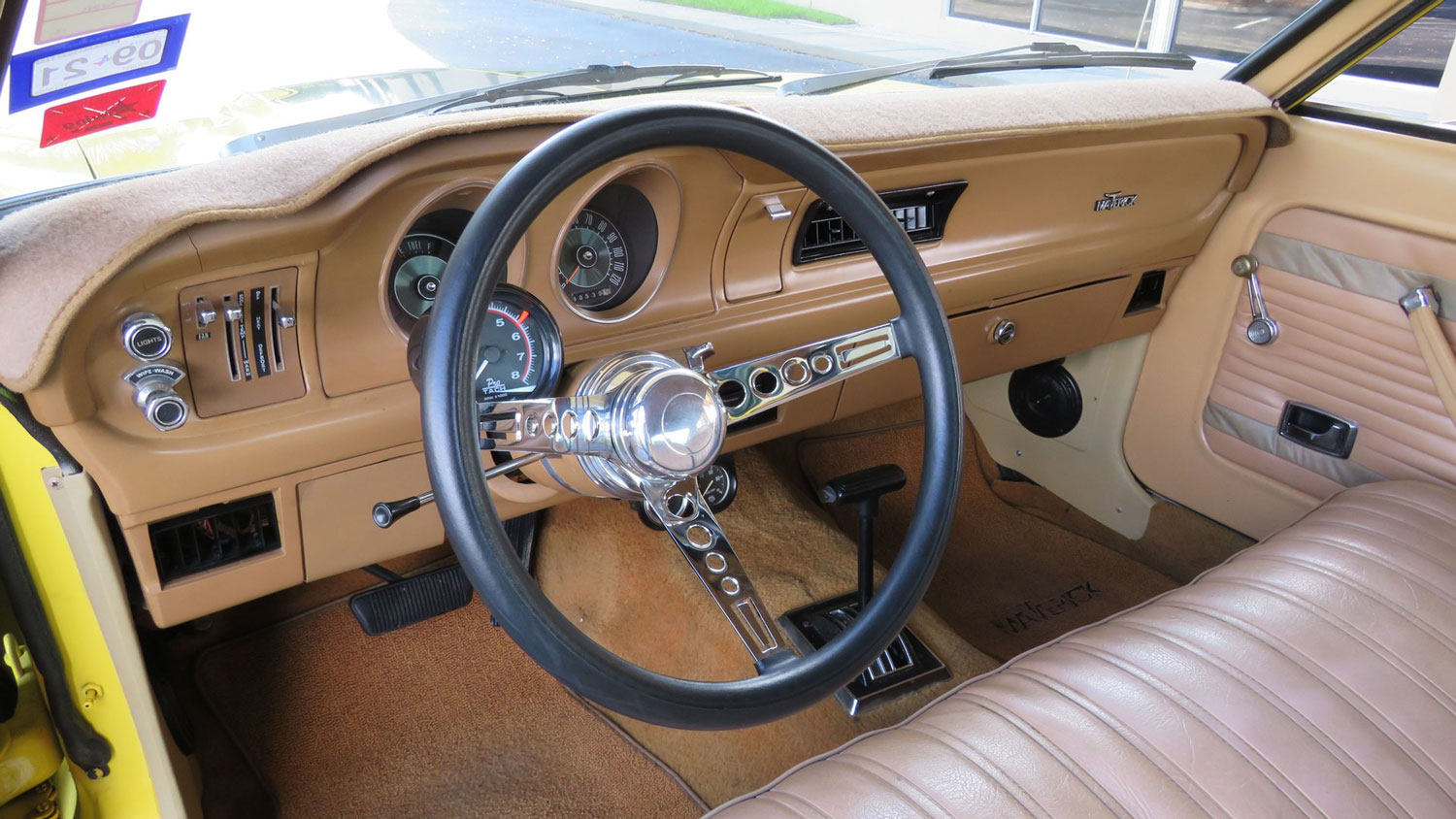 The Ford Maverick’s engine bay is tidy enough. The 302 cubic-inch V8 is topped by a matte black air cleaner cover and matte black Edelbrock signature valve covers. There is no word to the originality of the 302, or if it was a performance upgrade. 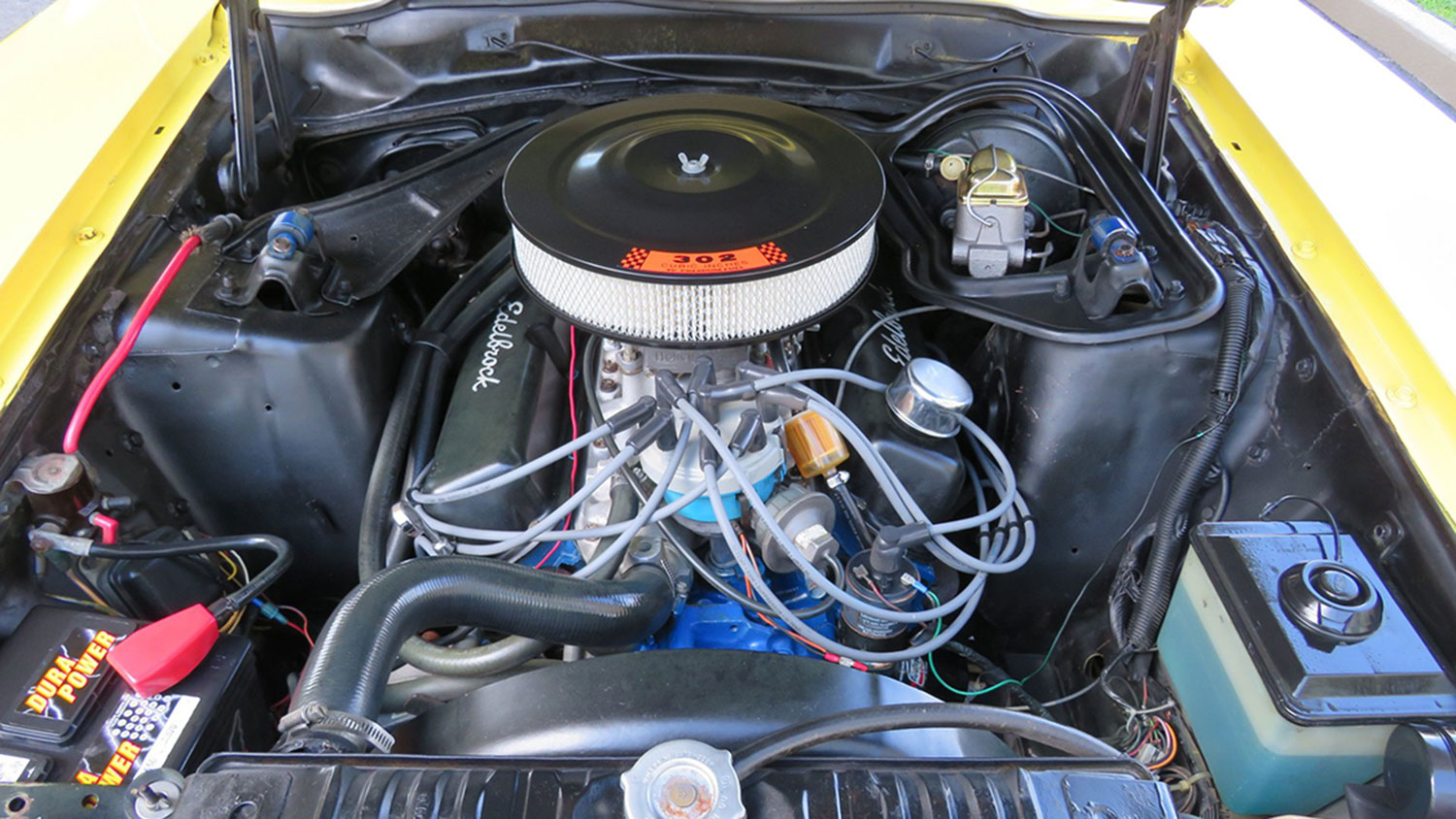 This screaming yellow Maverick has just over 80,000 miles on the clock and is being offered by Primo Classic International for $24,500. 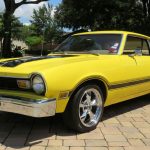 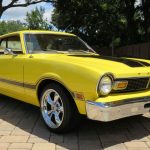 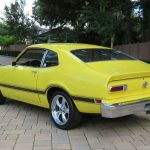 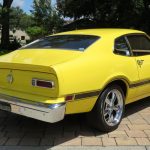 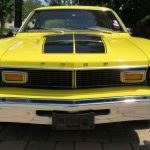 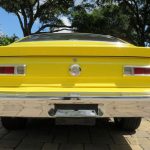 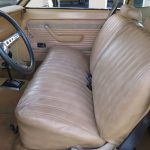 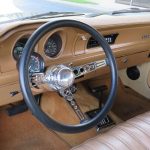 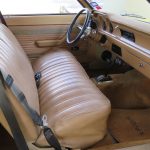 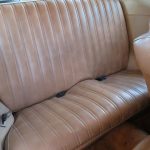 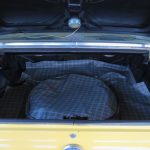 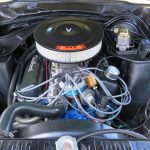