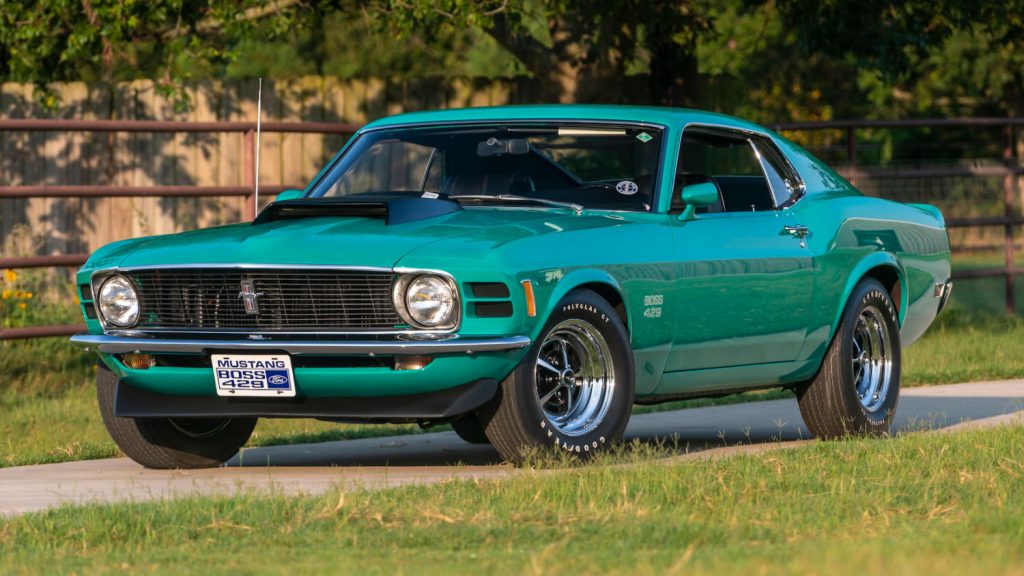 As Ford Authority reported previously, Ford was in need of an engine that could run with MOPAR’s 426 Hemi in Grand National racing in the late 1960s. Ford decided to build a high performance version of its 429 cubic-inch V8 to go up against the MOPAR Hemi. To homologate the 429 cubic-inch semi-hemispherical engine for racing in NASCAR, 500 units of 429-equipped cars would have to be built and sold to the public. Thus, the Ford Mustang Boss 429 came to be. Rated at 375 horsepower, just 1,359 units would be produced for the 1969 and 1970 model years. 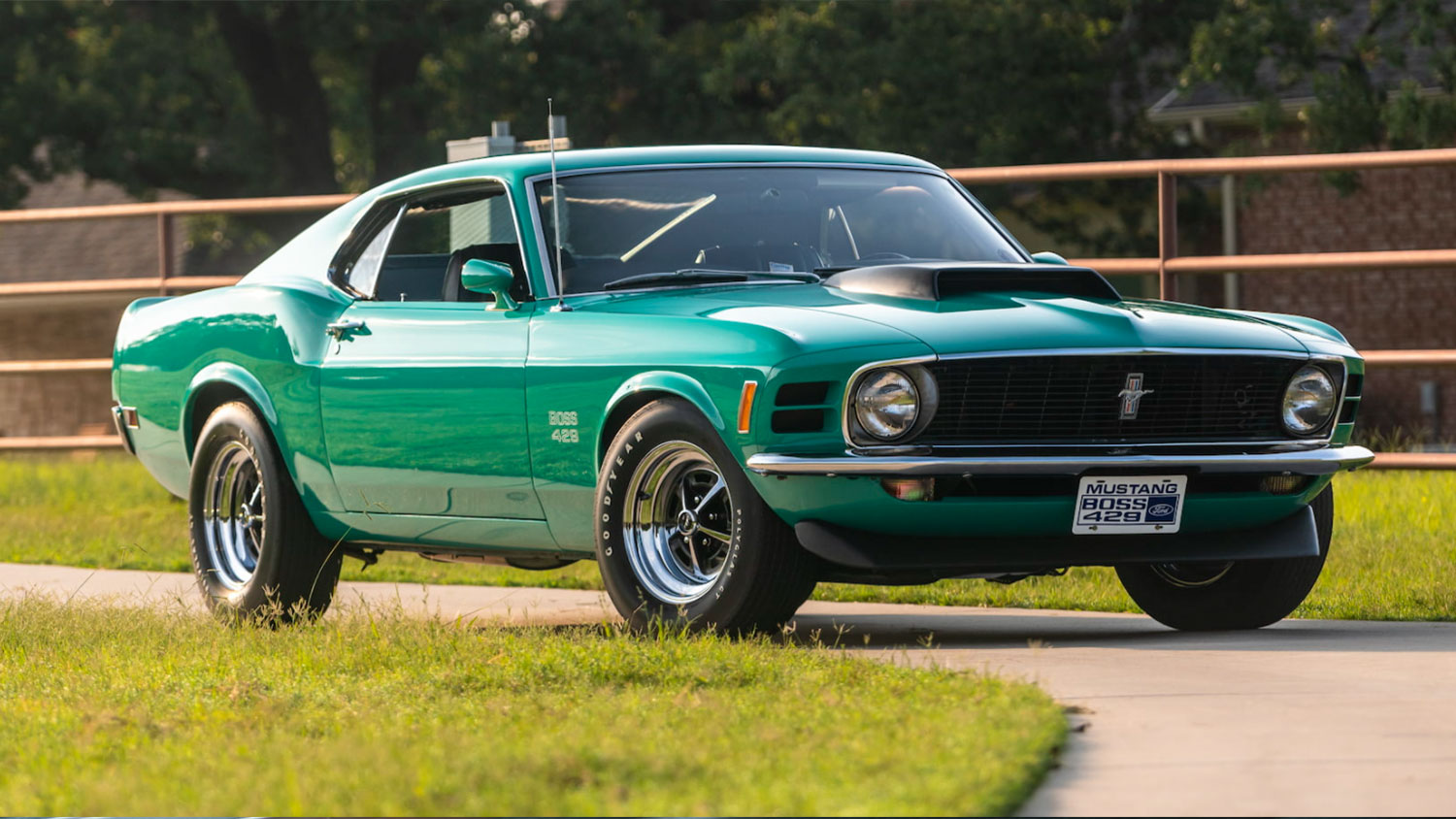 The Mustang Boss 429 was not your average big V8. It was chock full of performance parts like four-bolt mains, forged steel crank and rods, aluminum heads with the semi-hemi combustion chamber, separate cooling for the block and heads, a 735-CFM Holley four-barrel carb, and an aluminum intake. The engine had big dimensions outside, too: it was so wide that it didn’t fit in the Mustang’s engine bay. Ford farmed out final assembly to Kar Kraft of Dearborn, Michigan. 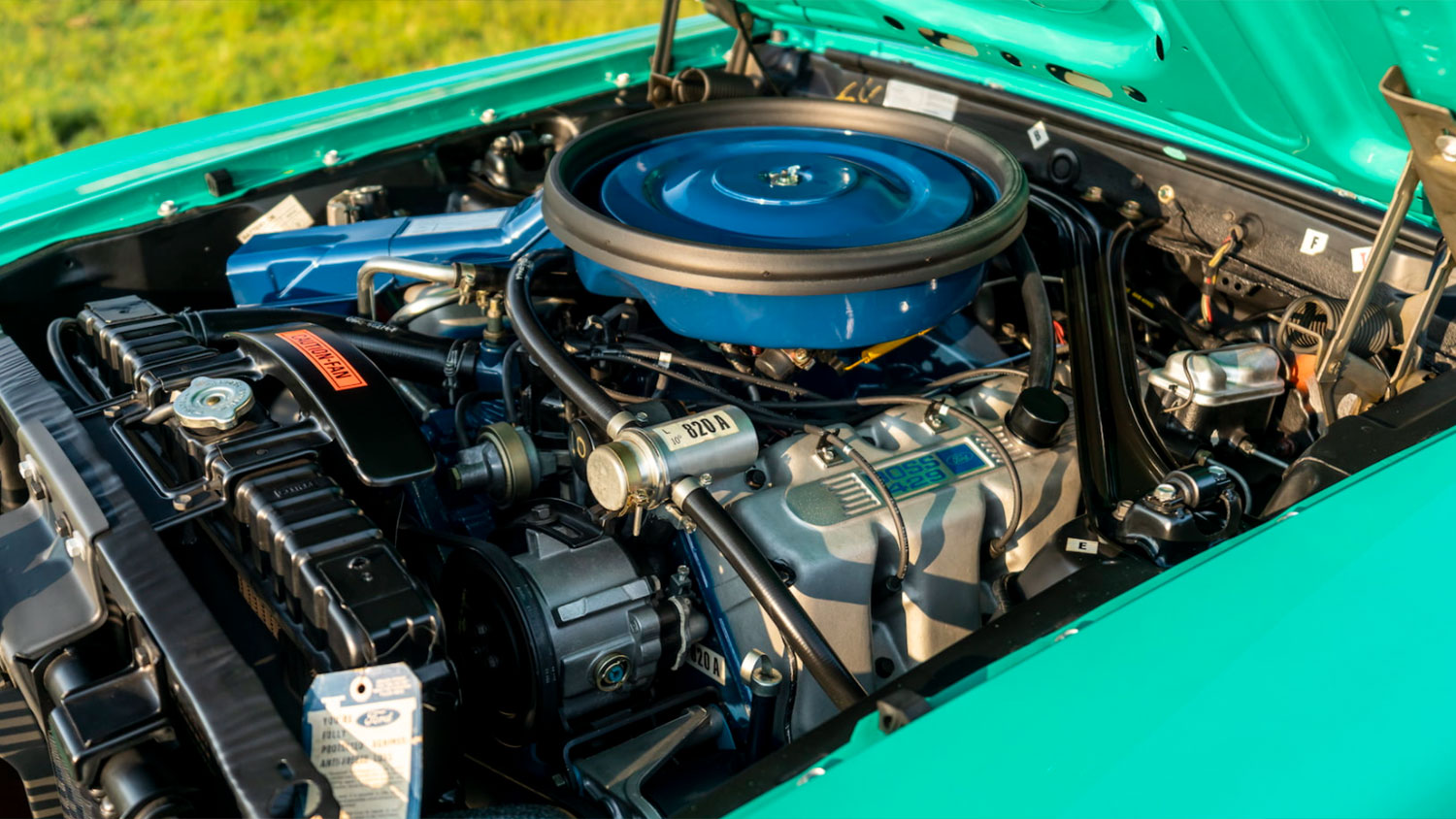 Ford had previously enlisted Kar Kraft to develop the GT40 MkII and GT40 Mk IV, so the outfit altered the Mustang Boss 429’s engine compartment to fit the radical mill. Batteries were moved to the trunk to help offset the weight of the big motor, and a 3/4 inch rear sway bar was added. 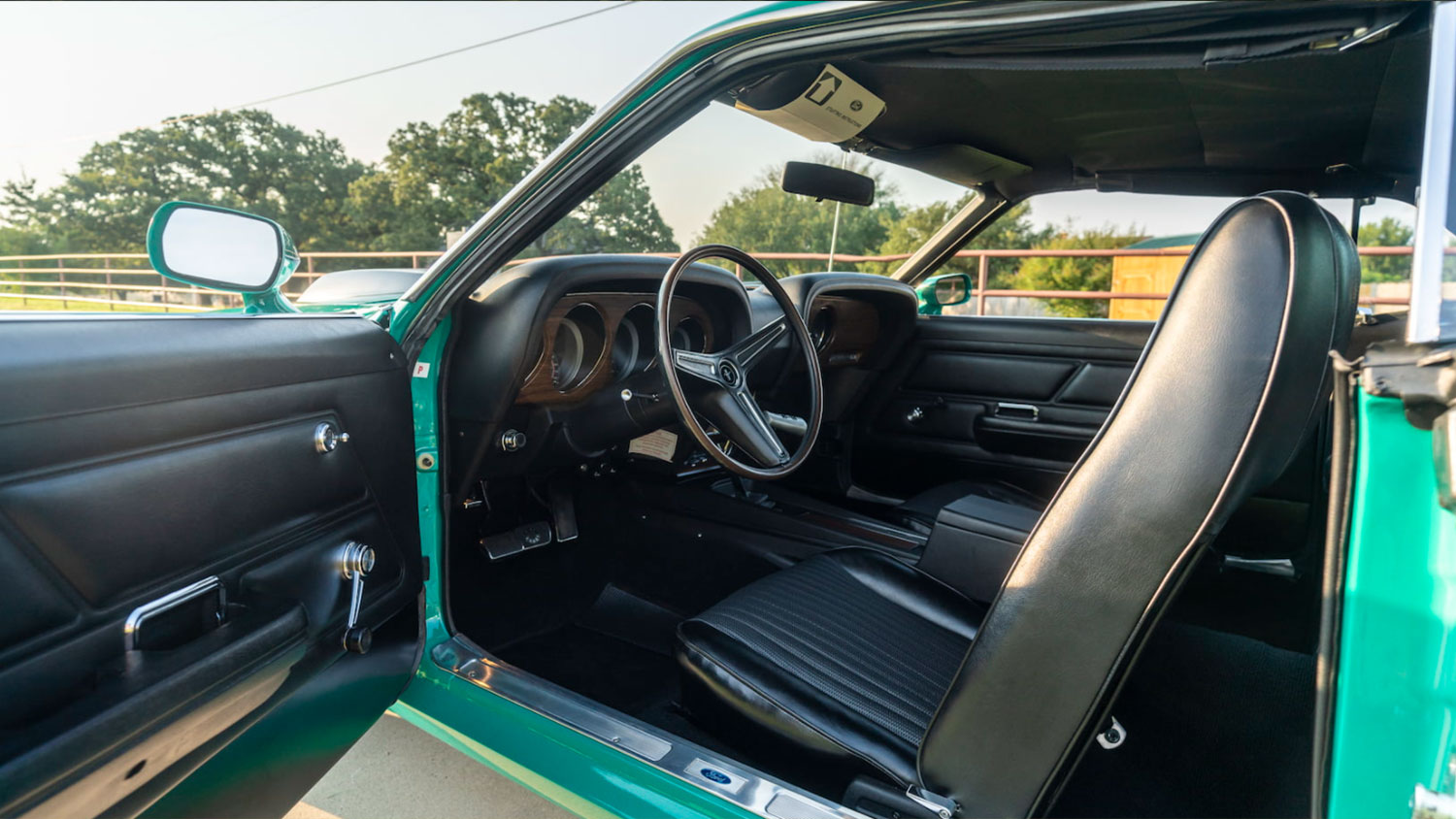 This Mustang Boss 429 has been the subject of a fastidious concours-level frame-off restoration by Mustang Boss specialists. It has received multiple awards, including gold in the “1969-1970 Boss Concours Trailered or Driven Class” at MCA Nationals and Diamond at Boss Nationals in Tulsa, OK.

The Grabber Green paint looks better than new, with significant gloss that looks wet. All brightwork is brilliant, weatherstrip is as new, and the glass is crystal clear. The Magnum 500 wheels are showroom fresh, wrapped in Goodyear Polyglas GT bias-ply rubber. 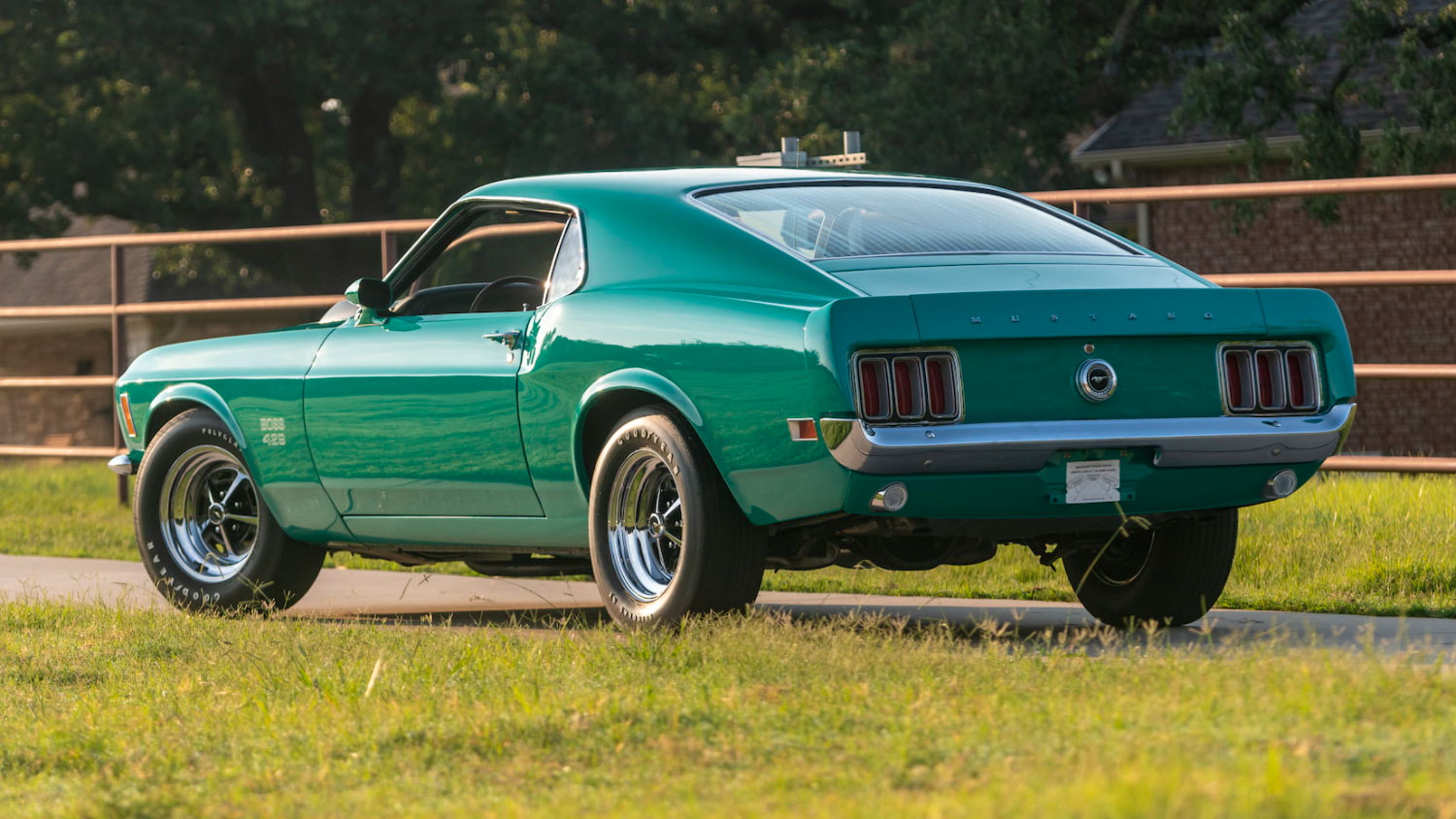 Inside, the Mustang Boss 429’s interior presents as fresh from the assembly line. No wear is noted on the front seats, the carpets are free from fading, and all the brightwork just gleams. The woodgrain finishes are as new. There are no heel scuffs on the door sills and no wear on the pedals. 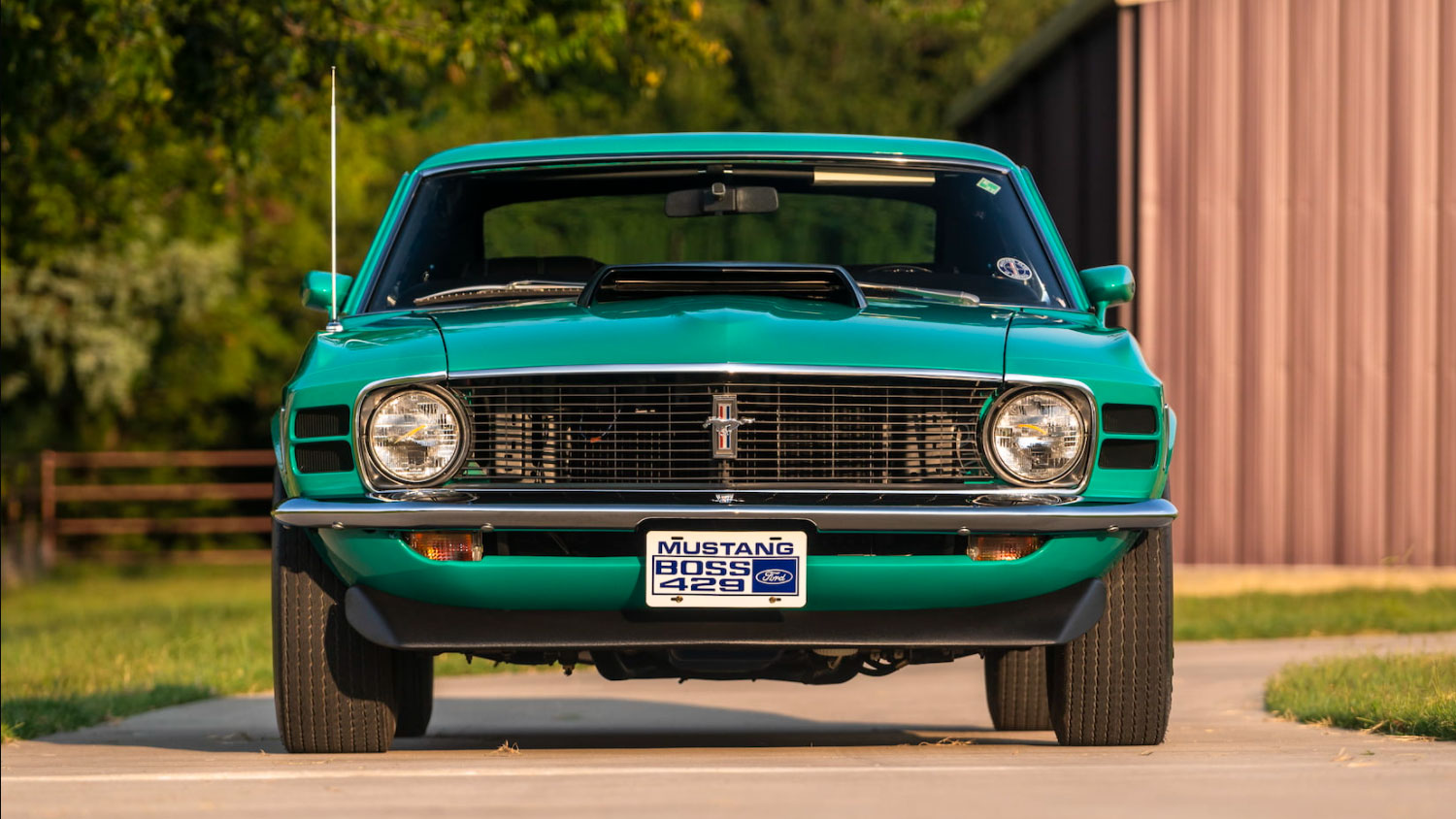 This stunning Mustang Boss 429 is being sold with a Marti Report, judging sheets, and photos of the restoration. It will be crossing the auction block at the Mecum Auctions Dallas sale taking place September 8th-11th. 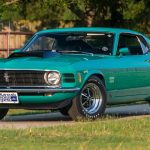 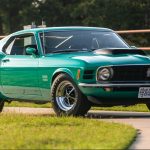 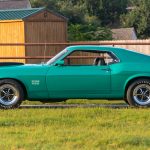 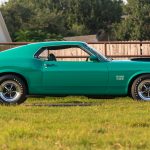 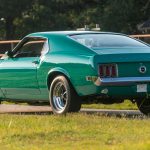 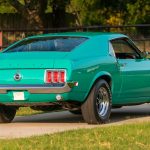 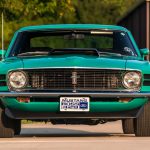 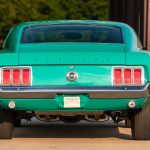 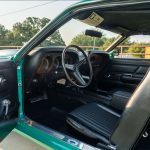 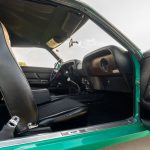 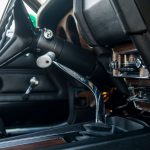 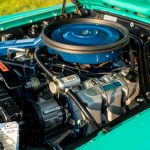 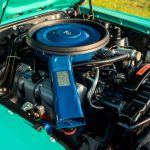