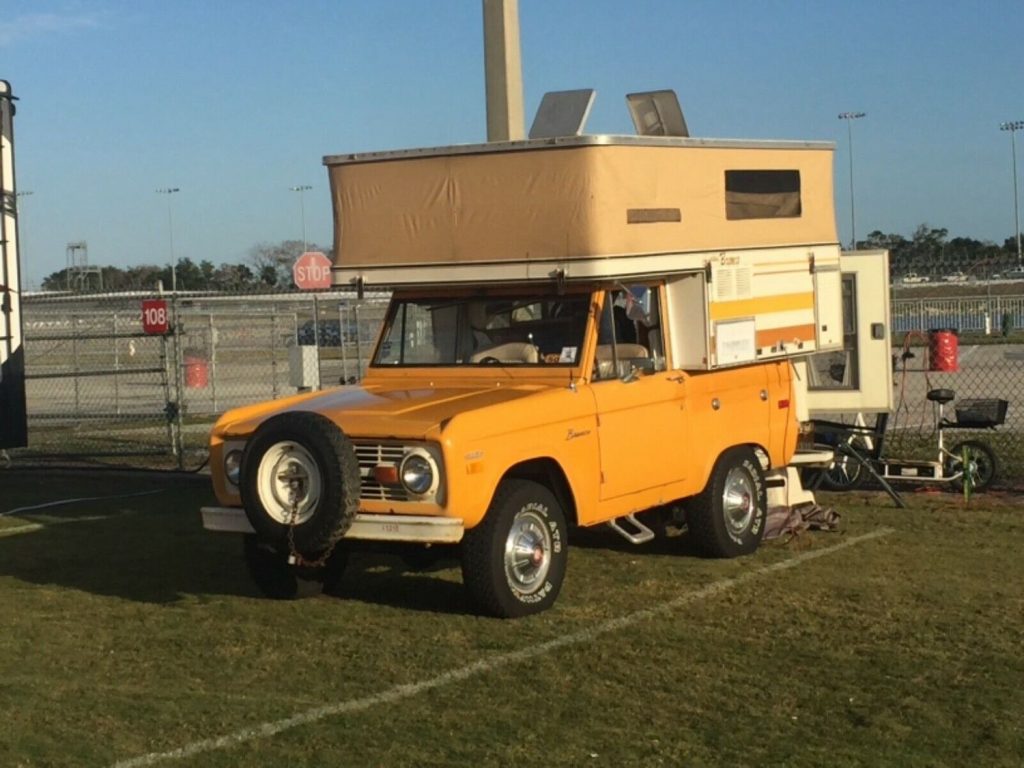 Both classic and modern Bronco values have shot through the roof in the last few years as interest in Ford’s off-road SUV appears to be at an all-time high. As a result, we’ve seen a number of Broncos sell for big money in recent months, and that seems to be the same destiny awaiting this very cool 1970 Ford Bronco currently up for grabs on eBay. 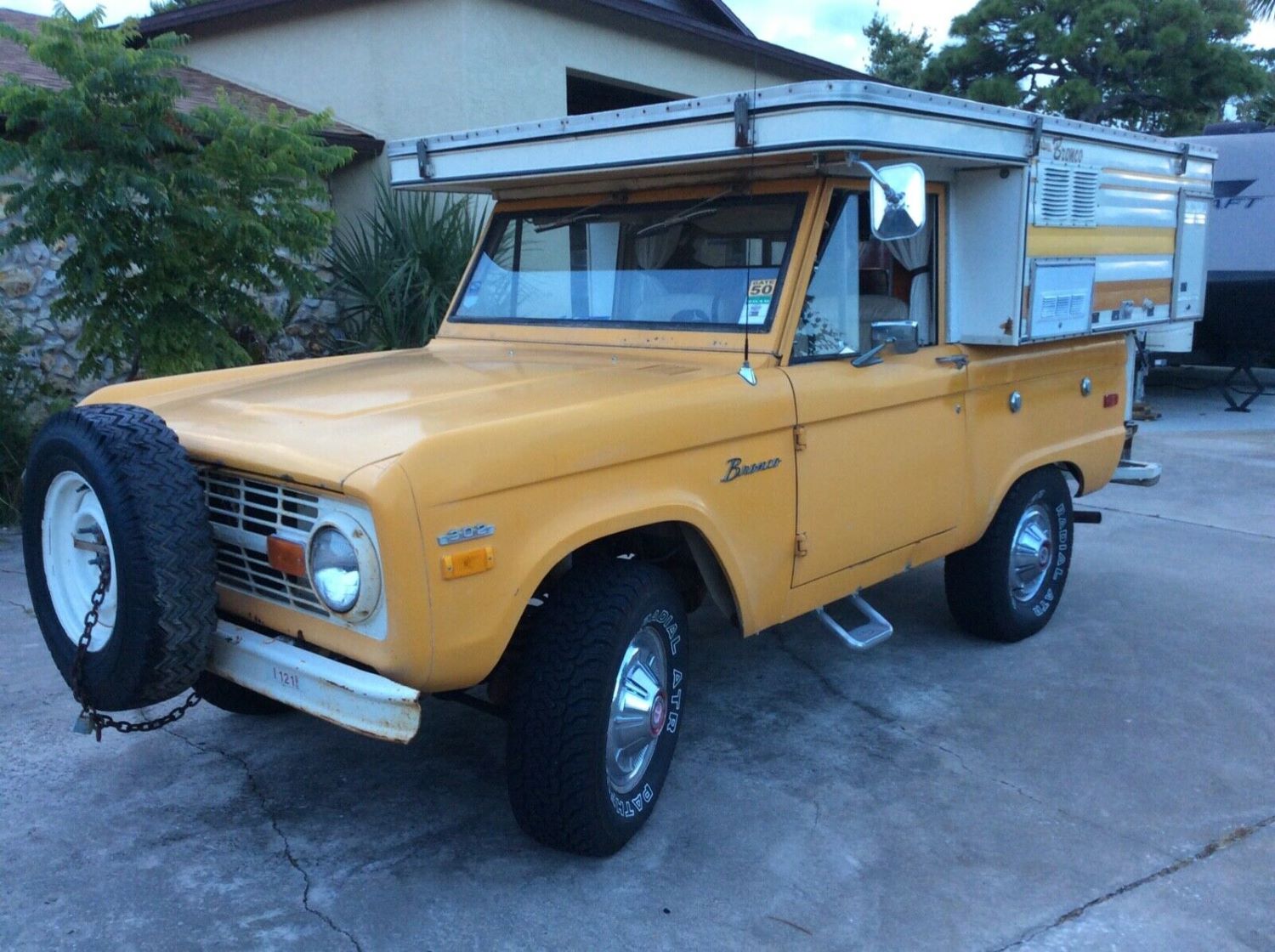 On its own accord, this 1970 Ford Bronco appears to be a nicely sorted, unrestored survivor in original condition that reportedly runs and drives well. The seller believes that its original 302 V8 is still under the hood, which is also stock and is backed up by a three-speed column-mounted transmission. The brakes work well and the SUV has a pair of fairly new batteries under the hood, to boot. 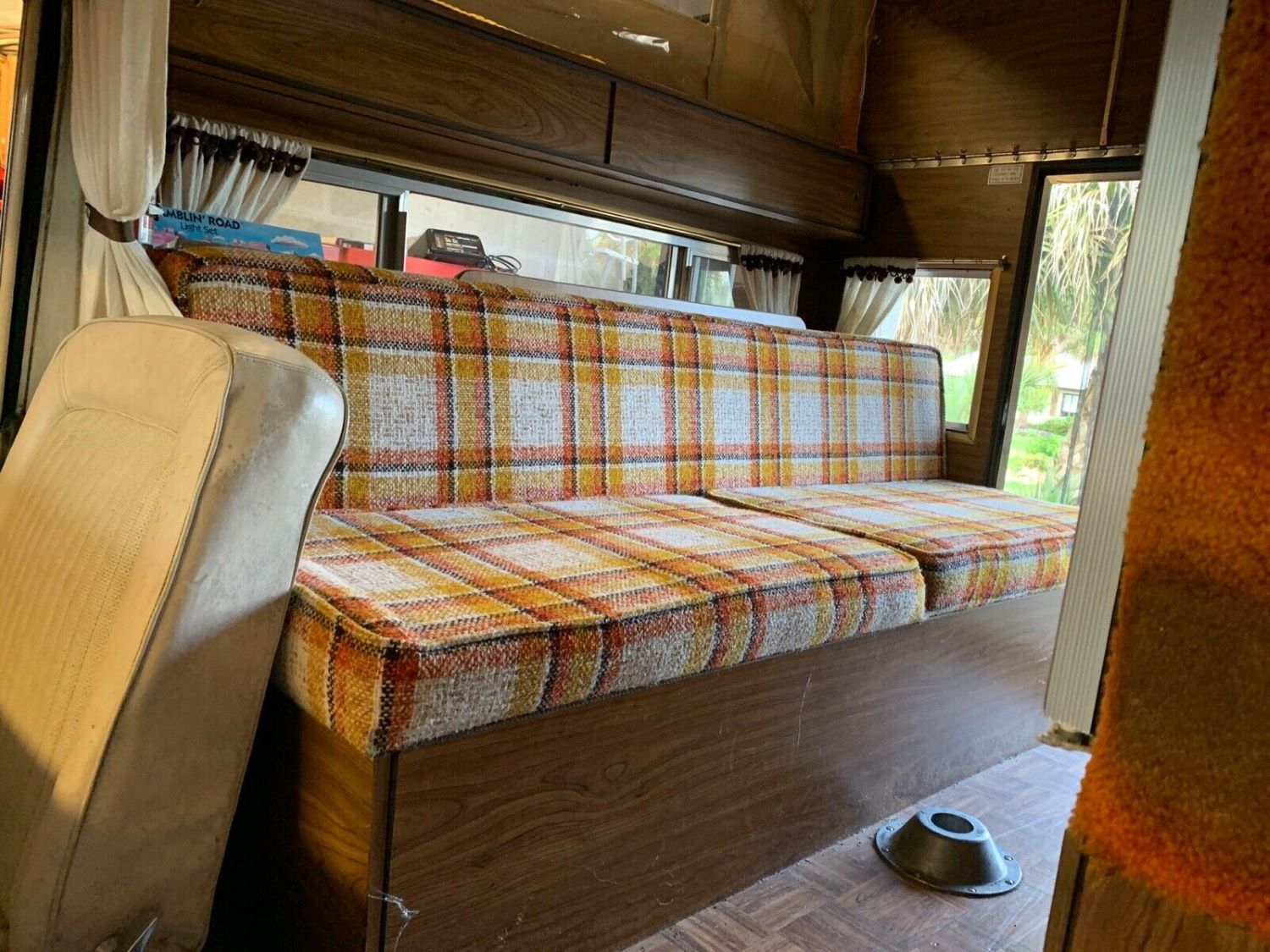 However, what makes this first-gen Bronco a bit more special than most is what it’s carrying – a very cool, very vintage, and period-correct Bronco camper. These days, you rarely see these types of campers in any kind of condition, if at all, but this one appears to be in pretty solid shape. Peeking inside is like taking a time machine back to the 1970s and 1980s, as it’s packing some plaid upholstery, faux wood walls, and other old-fashioned tidbits. 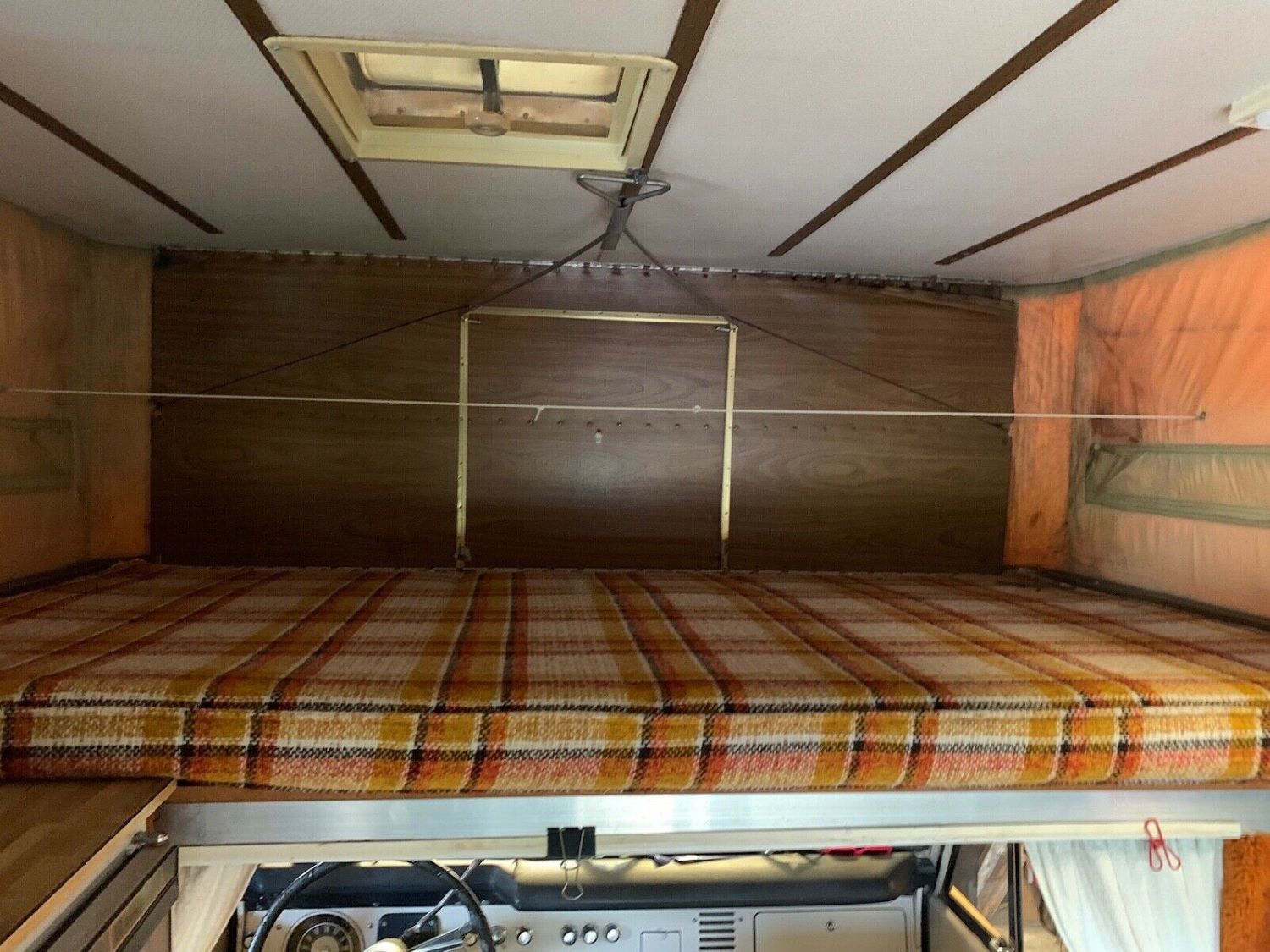 What’s even cooler about the old camper is that it pops up to provide more space and adequate headroom, then collapses to improve aerodynamics while out on the road. It’s undoubtedly a cool piece of kit, but even attached to a fairly nice unrestored first-gen Bronco, the asking price of $73,999 seems a bit steep. 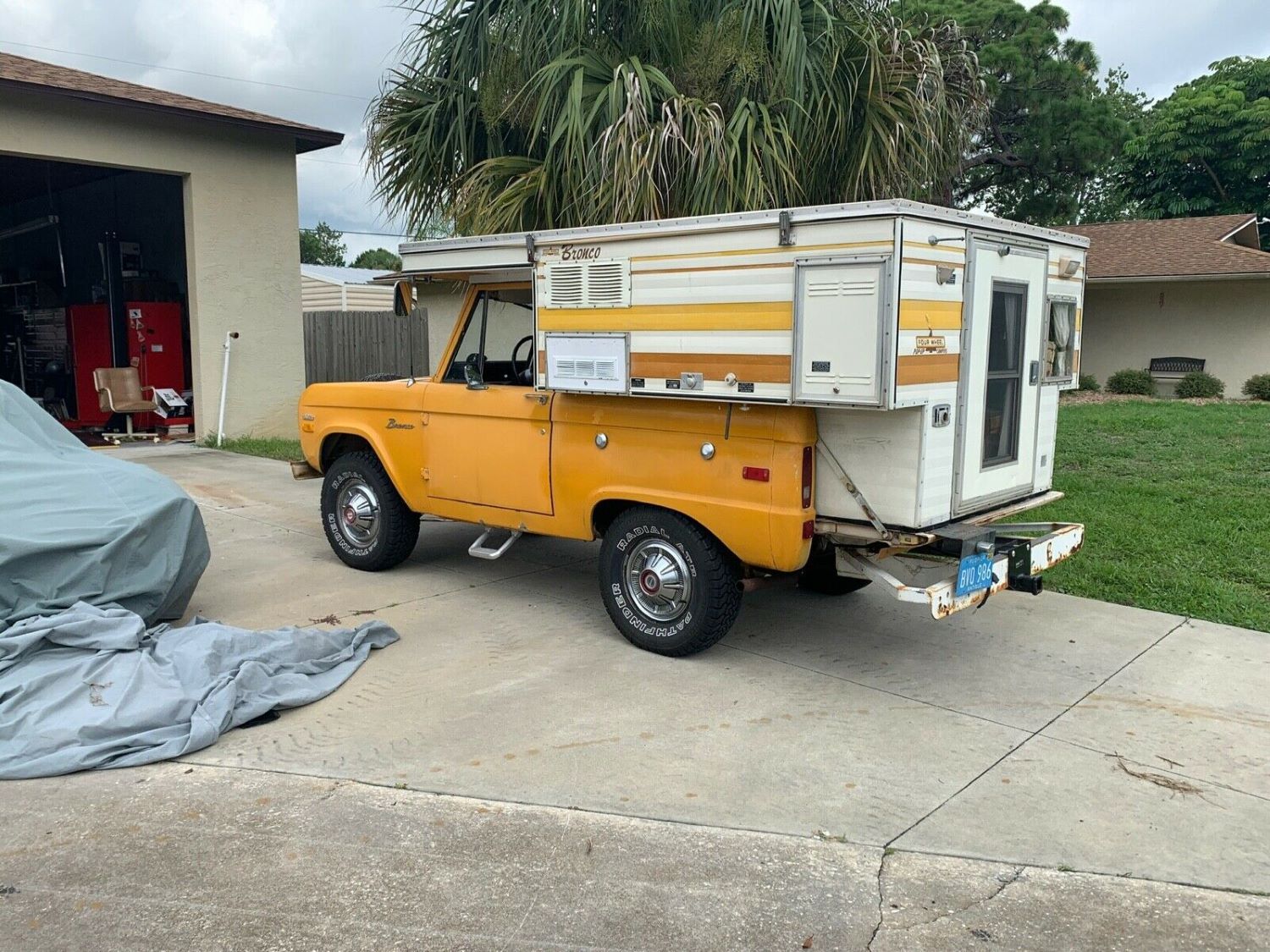 Regardless, we haven’t seen a combination like this in a very, very long time, and given the current popularity surrounding Broncos of any vintage, it might just sell for that kind of money.

We’ll have more cool vehicles for sale to share soon, so be sure and subscribe to Ford Authority for more Ford Bronco news and around-the-clock Ford news coverage.