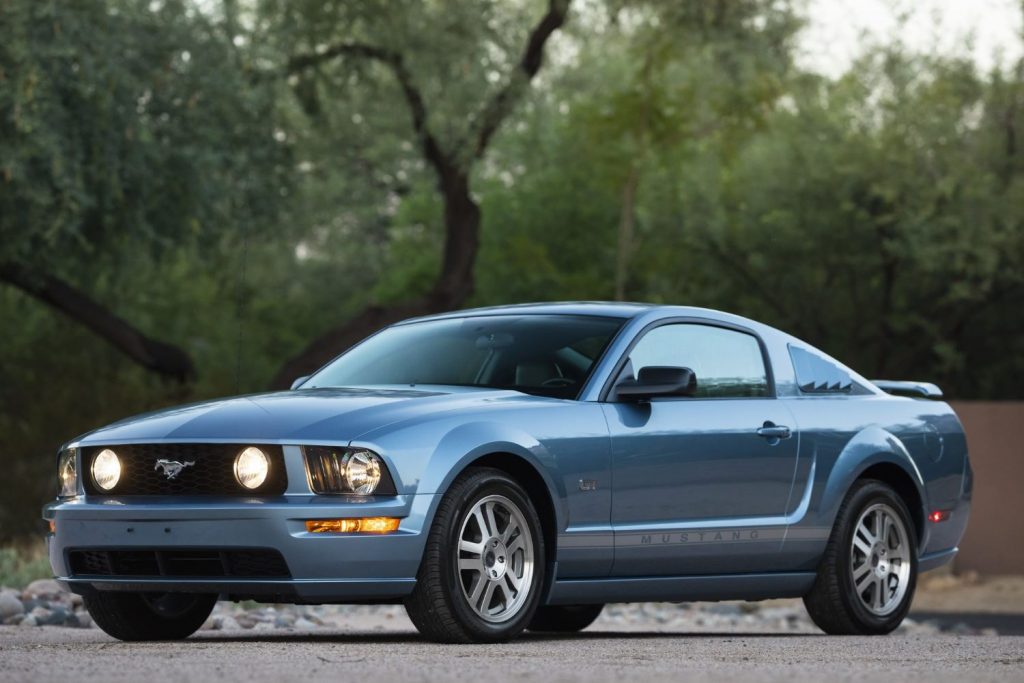 Low-mile Ford Mustang examples are nothing new, as many people throughout history have stashed away brand new, collectible cars with the hopes of one day reselling them for a profit. However, this phenomenon is usually reserved for limited-edition models or just special vehicles like the Mustang Shelby GT500. This 2005 Ford Mustang GT – which is currently up for grabs at Bring a Trailer – doesn’t qualify as such, but regardless, it’s a pristinely preserved vehicle with just 1,200 miles on the odometer. 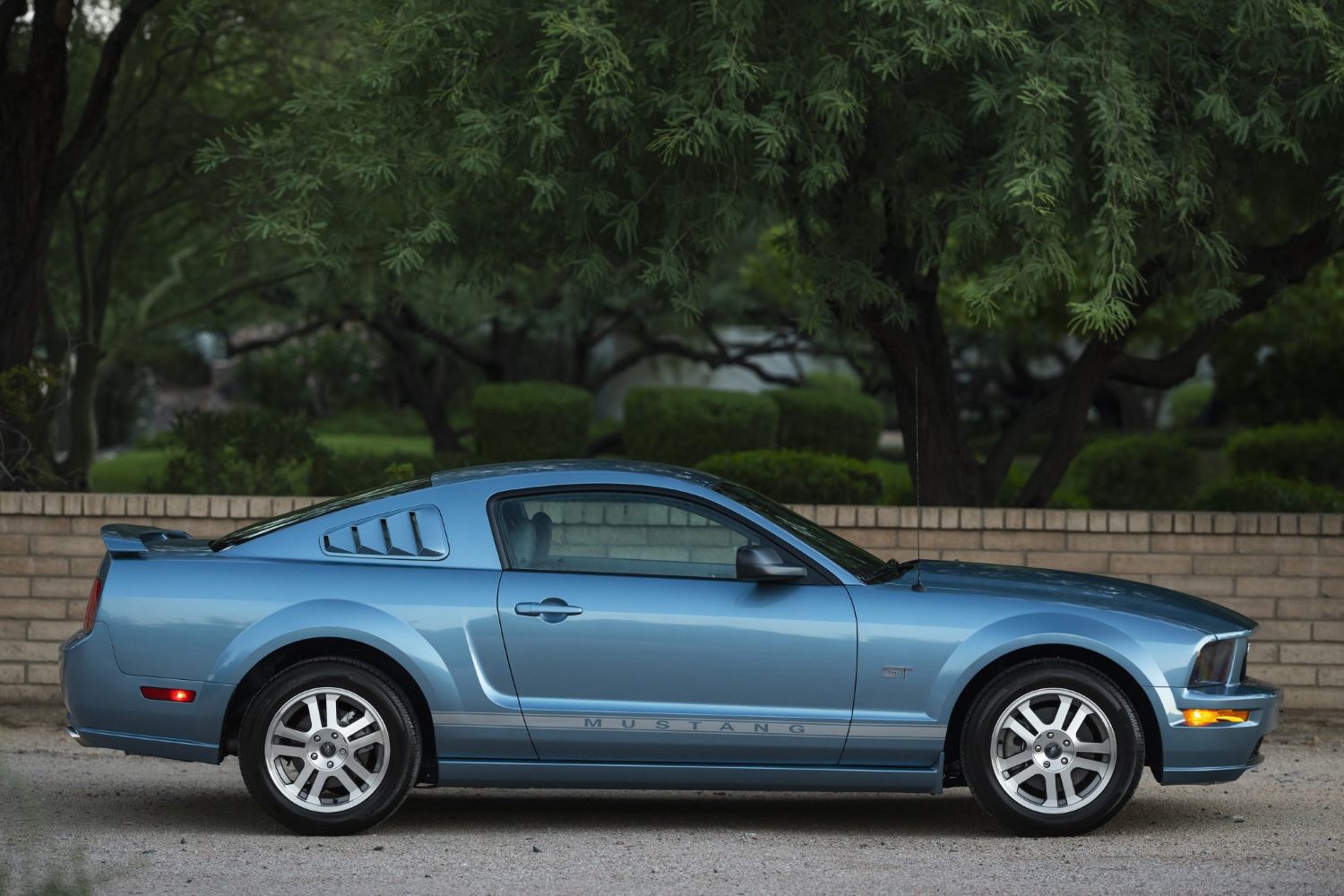 Why, exactly, someone would buy a brand new 2005 Ford Mustang GT and stash it away is unclear, and yet, here we are. At least we can give them credit for waiting until the market was at its absolute peak before parting ways with this time capsule of an S197, which looks like it could still star in official Ford promotional materials today – it’s just that nice. 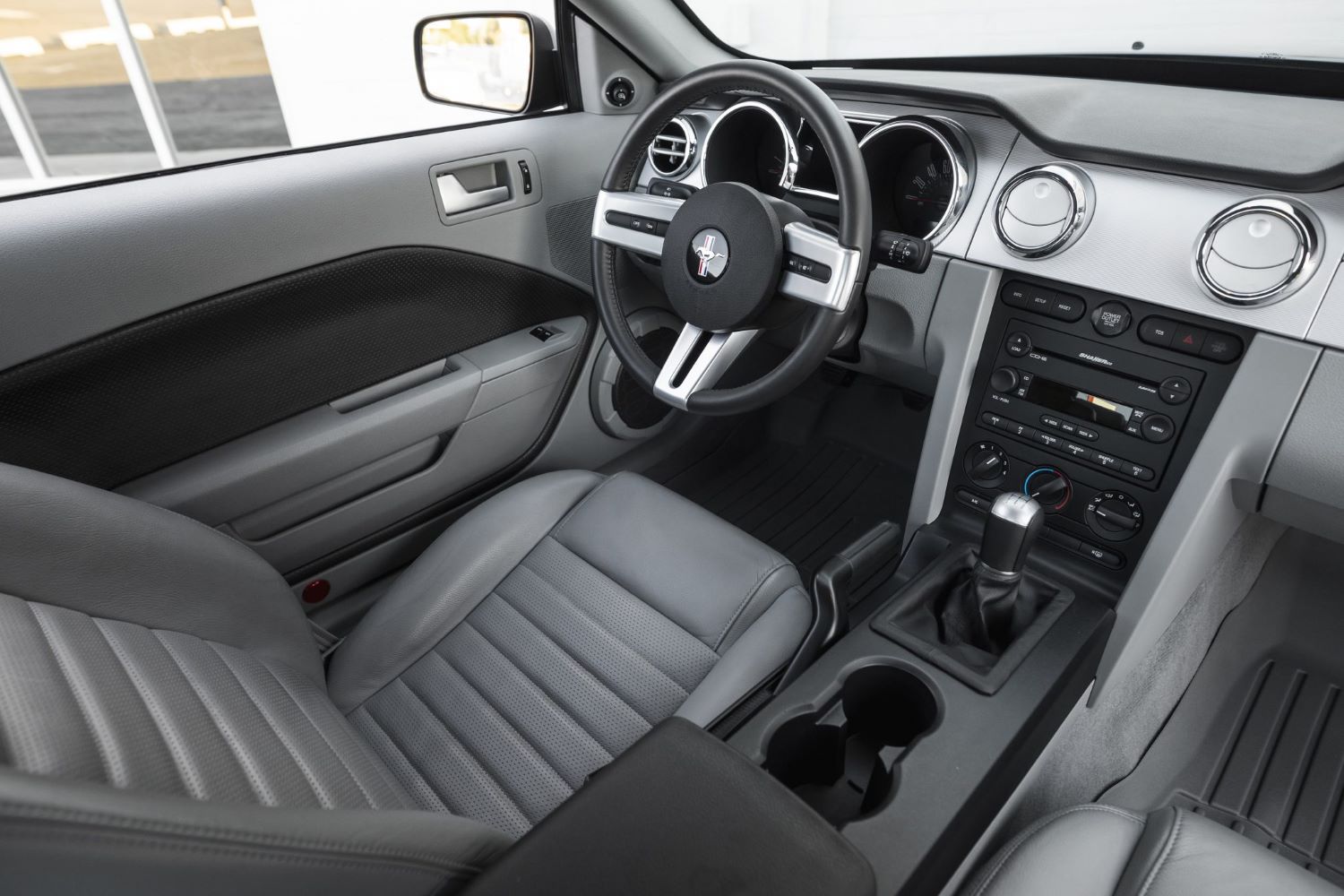 No word on why this Mustang was preserved in this manner, but there’s no denying its stellar condition. The Windveil Blue Metallic paint shines like new, with perfect silver accent stripes, immaculate bodywork, and spotless 17-inch wheels. All of the requisite GT details are present and accounted for, including the rear spoiler, dual exhaust tips, and GT badging. 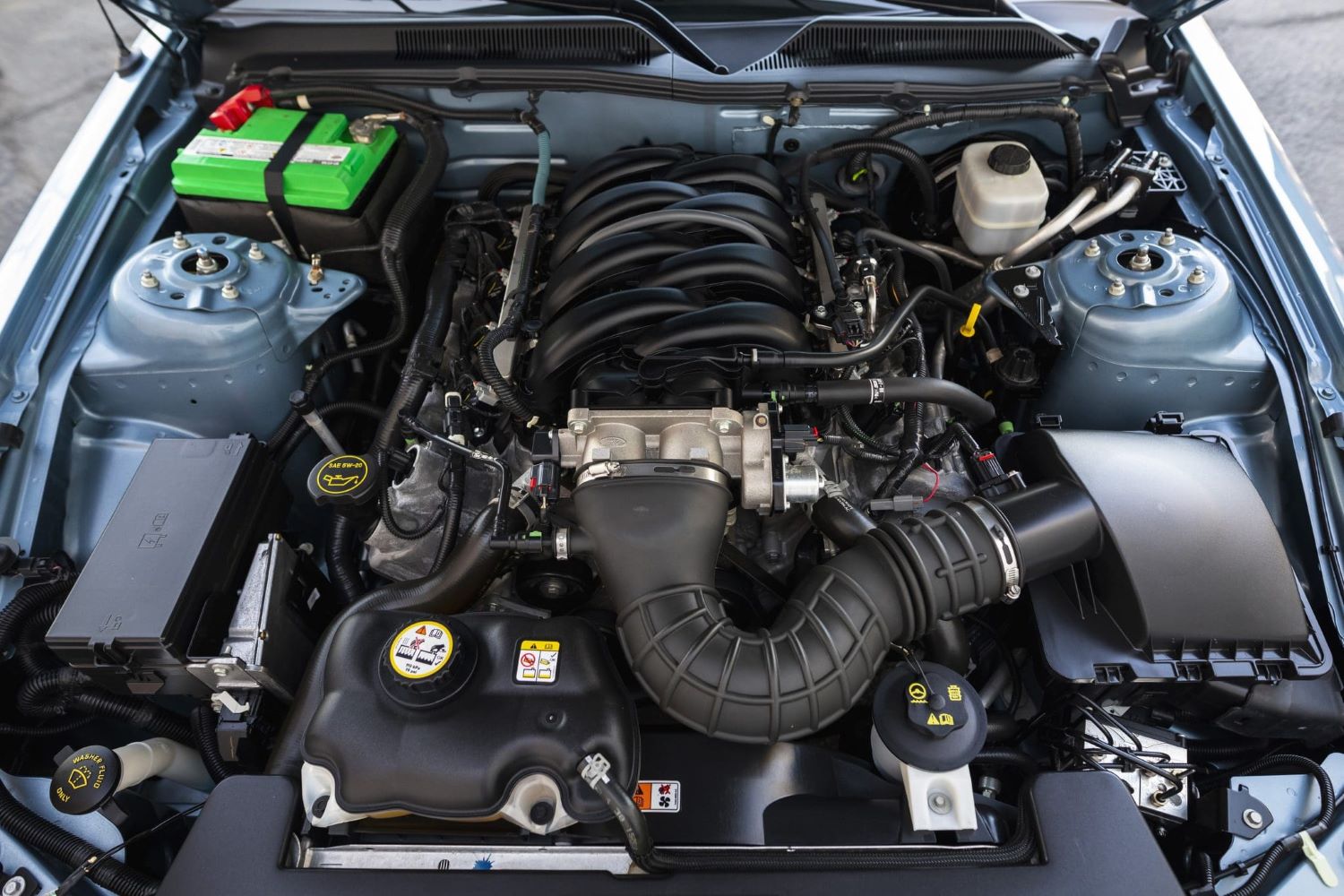 Peeking in the cabin is like taking a time machine back to 2005 as well, as the gray leather doesn’t look like it’s ever even been sat in. All of the aluminum trim is simply perfect, and there are no defects – let alone a spec of dust – present in this immaculate interior. The same goes for the spotless engine bay containing Ford’s 4.6L V8, which was originally rated to produce 300 horsepower and 320 pound-feet of torque and is mated to a five-speed manual gearbox. 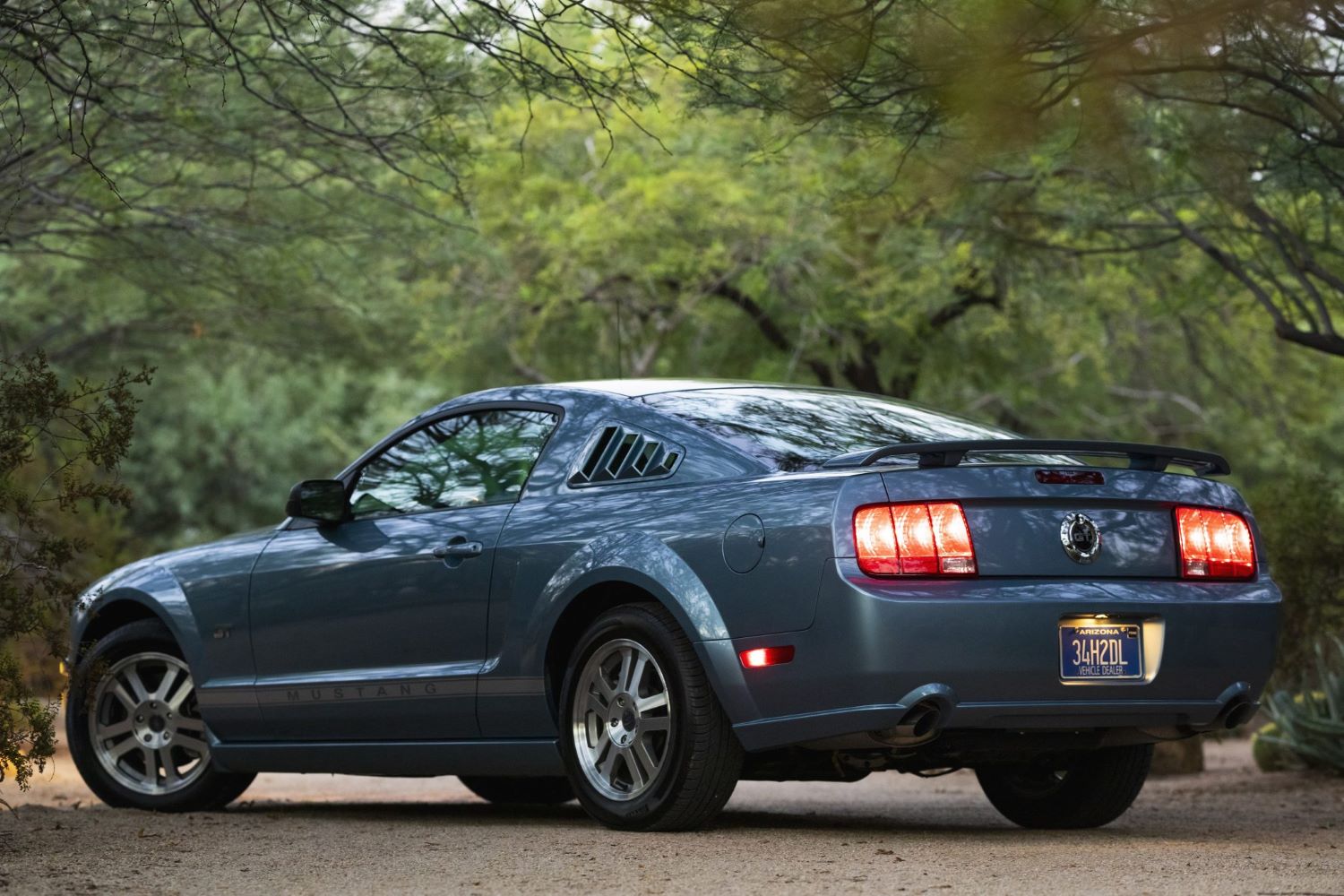 While it’s certainly strange to see an S197 Mustang stashed away like this, there are quite a few fans of this retro body style out there in the world. And who knows? Perhaps this generation will one day become a hot collector’s item, as has been the case with pony cars of old.