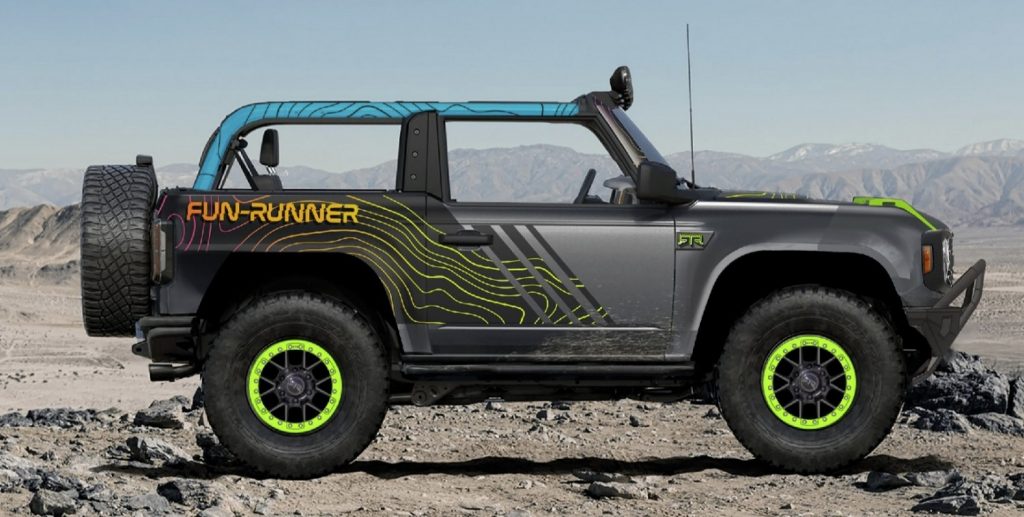 With the 2021 SEMA Show right around the corner, automotive manufacturers and aftermarket companies will have a plethora of new parts, accessories, and concepts to show off in a few short weeks. That includes Ford, which will reveal its first-ever electric crate motor – the Eluminator – in Las Vegas. Now, a host of Ford Bronco concepts debuted at this year’s Easter Safari, and as part of the automaker’s partnership with a variety of aftermarket parts makers, the 2021 Ford Bronco RTR Fun-Runner concept will also be making its debut at this year’s SEMA Show. 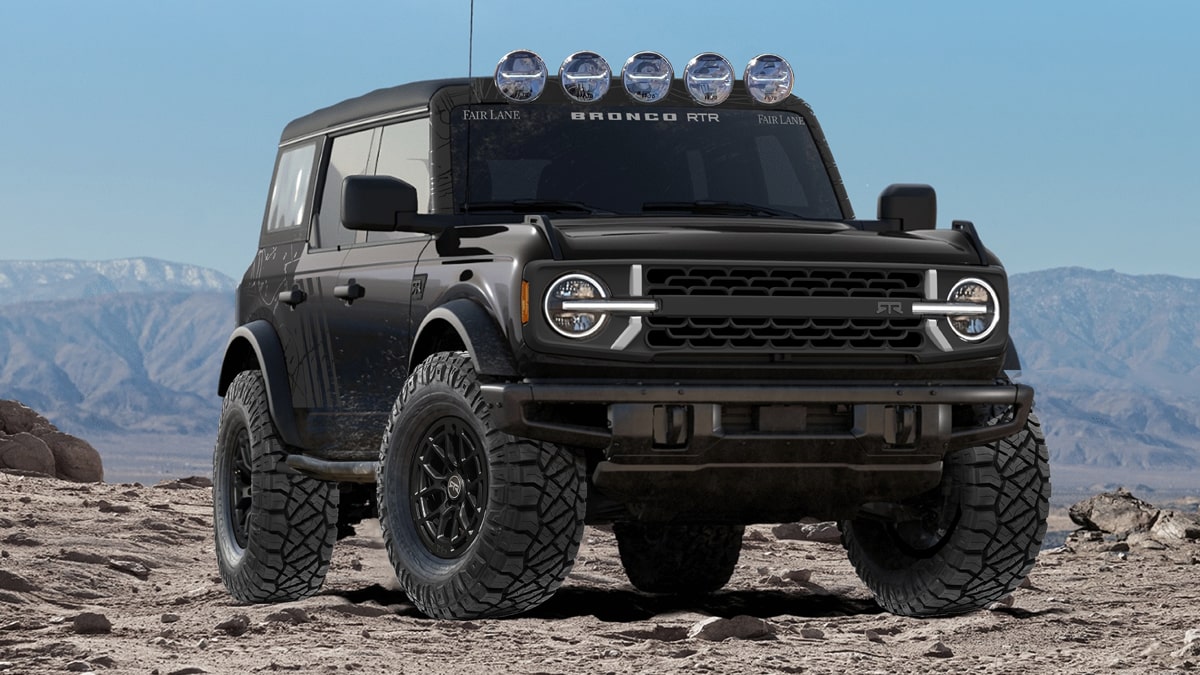 The 2021 Ford Bronco RTR Fun-Runner concept is one of four custom Broncos and two custom Ford Bronco Sport models that will be on display in Ford’s booth at SEMA next month. Each features a unique array of parts pulled straight from Ford’s ever-expanding catalog, along with an array of bits from aftermarket companies and custom goodies.

As for the Bronco RTR Fun-Runner concept, it’s the second put together by builder and Ford Performance driver Vaughn Gittin Jr.’s outfit, which started life as a two-door Bronco Badlands. The idea was to create a dealer package concept by using an array of Ford Licensed Accessories and Ford Performance parts so that it can be replicated for interested customers. 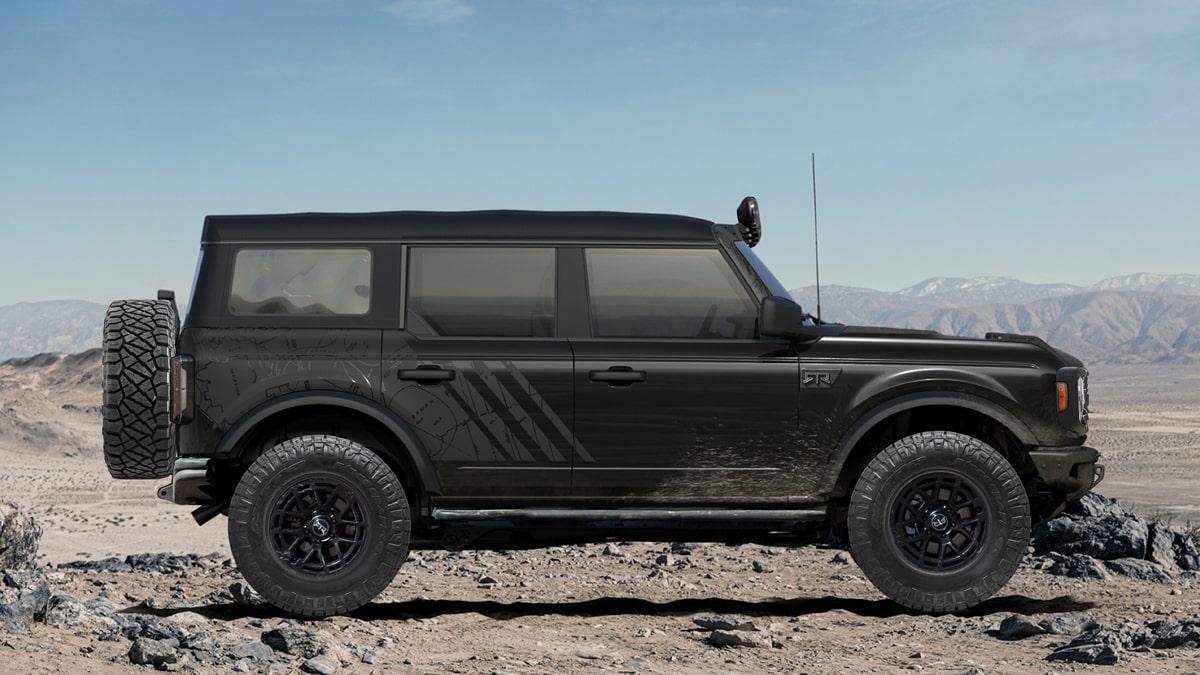 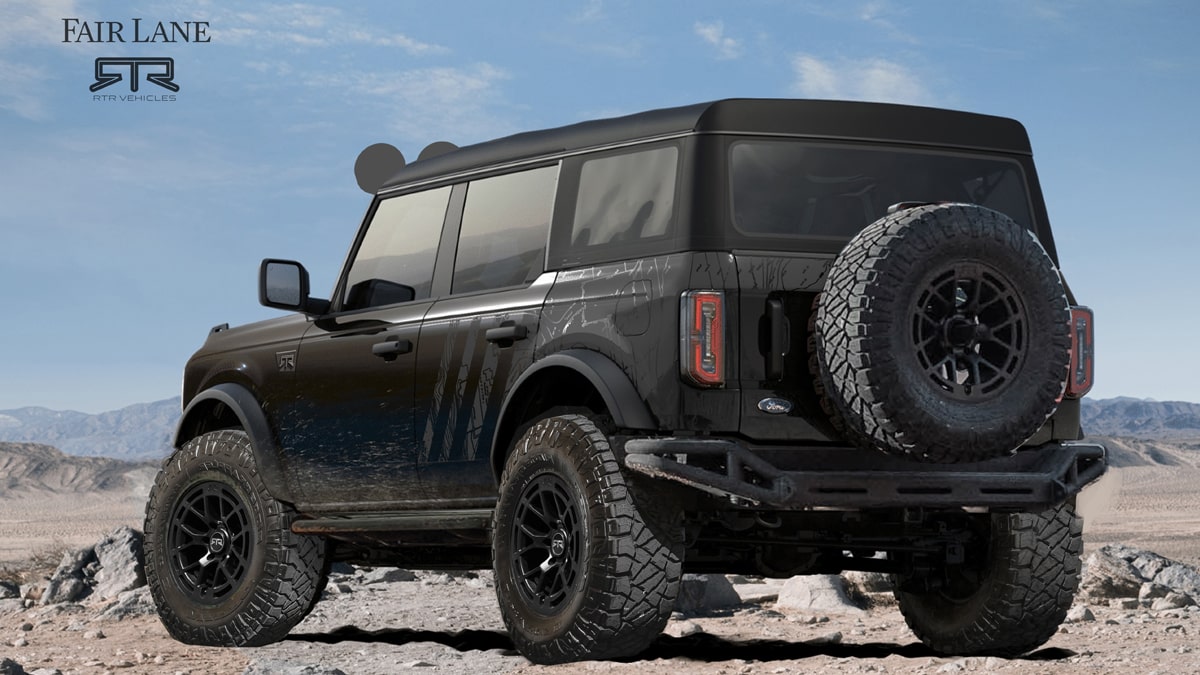 Under the hood, Ford’s 2.3L EcoBoost I-4 has been enhanced with a Ford Performance Sport exhaust with twin black tips, while the inside features new doorsill plates and a Ford sound bar to crank out the tunes on the trails. The idea behind the Fun-Runner concept is exactly that – to create a Bronco that’s undeniably fun to drive, and it certainly seems to have the right equipment for that.

We’ll have much more from this year’s SEMA Show soon, so be sure and subscribe to Ford Authority for more Ford Bronco news and around-the-clock Ford news coverage.