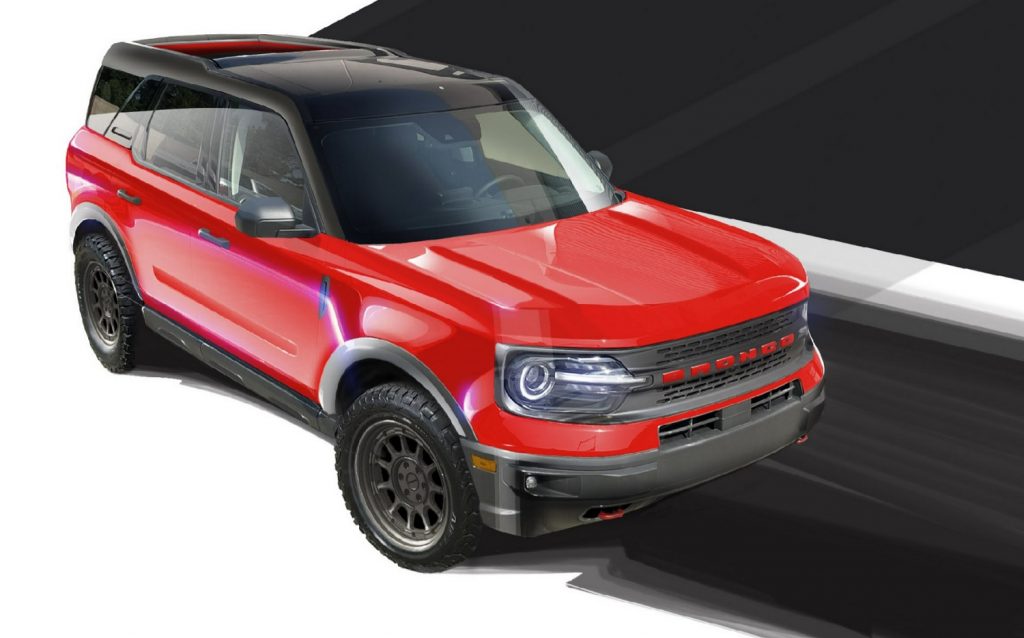 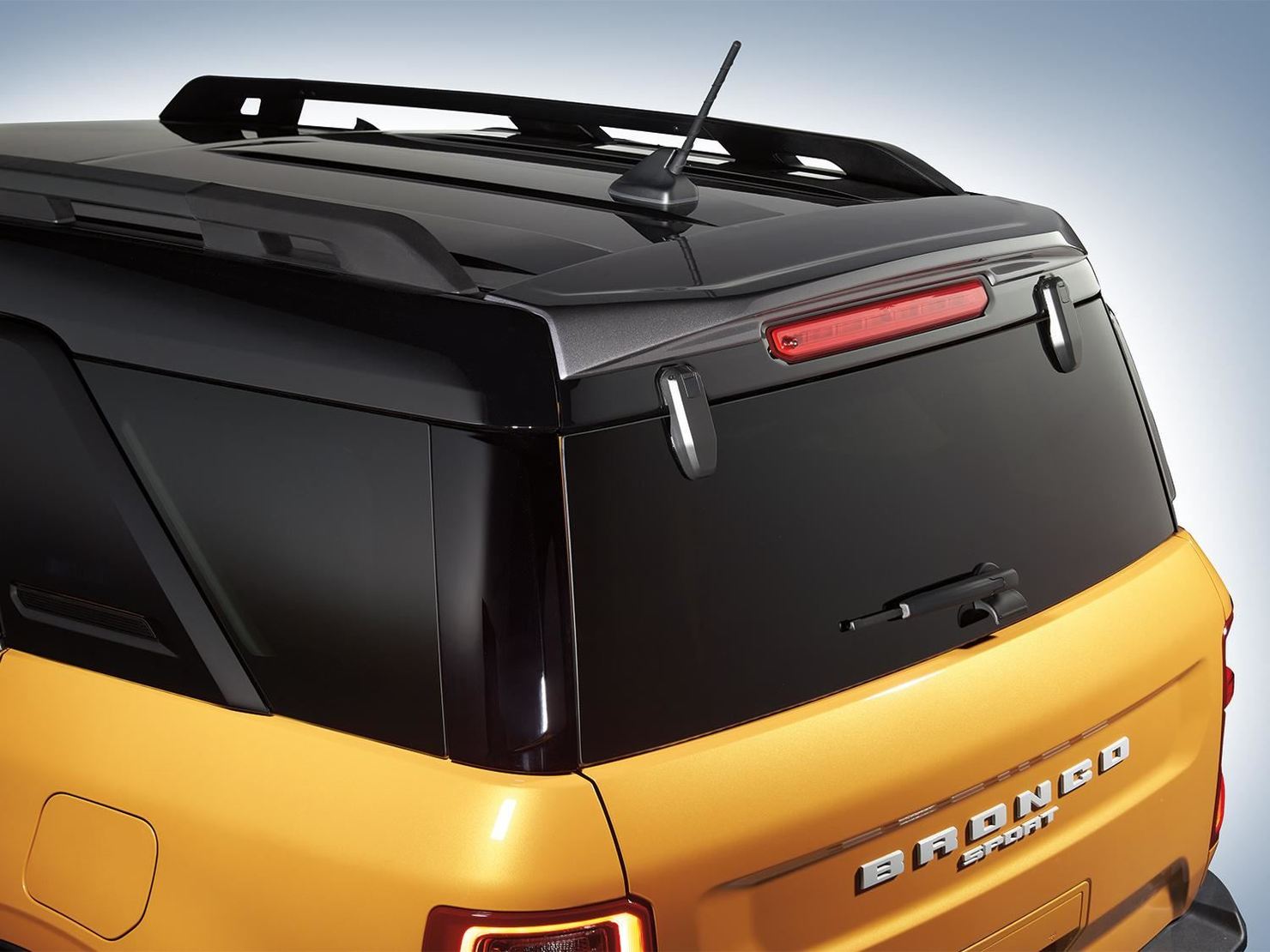 The 2021 Ford Bronco Sport by CGS Performance Products started life as a Badlands model, to which the aftermarket outfit added a host of exterior, interior, and performance upgrades. On the outside, those goodies include a set of Air Design fender flares, an Air Design rear spoiler, Rigid Light Shop A-pillar LED
lights, a custom paint job by Flyin’ Irons Designs, and Cerakote ceramic coating.

The exterior upgrades continue with a set of Rigid Rock lights, 17-inch Reserve Forged wheels, Toyo Open Country A/T III tires, an underbody light kit, enhanced bumpers, and a hitch. All of this helps the custom Bronco Sport Badlands better tackle a wide variety of terrain, whether it’s the middle of the day or pitch dark at night. 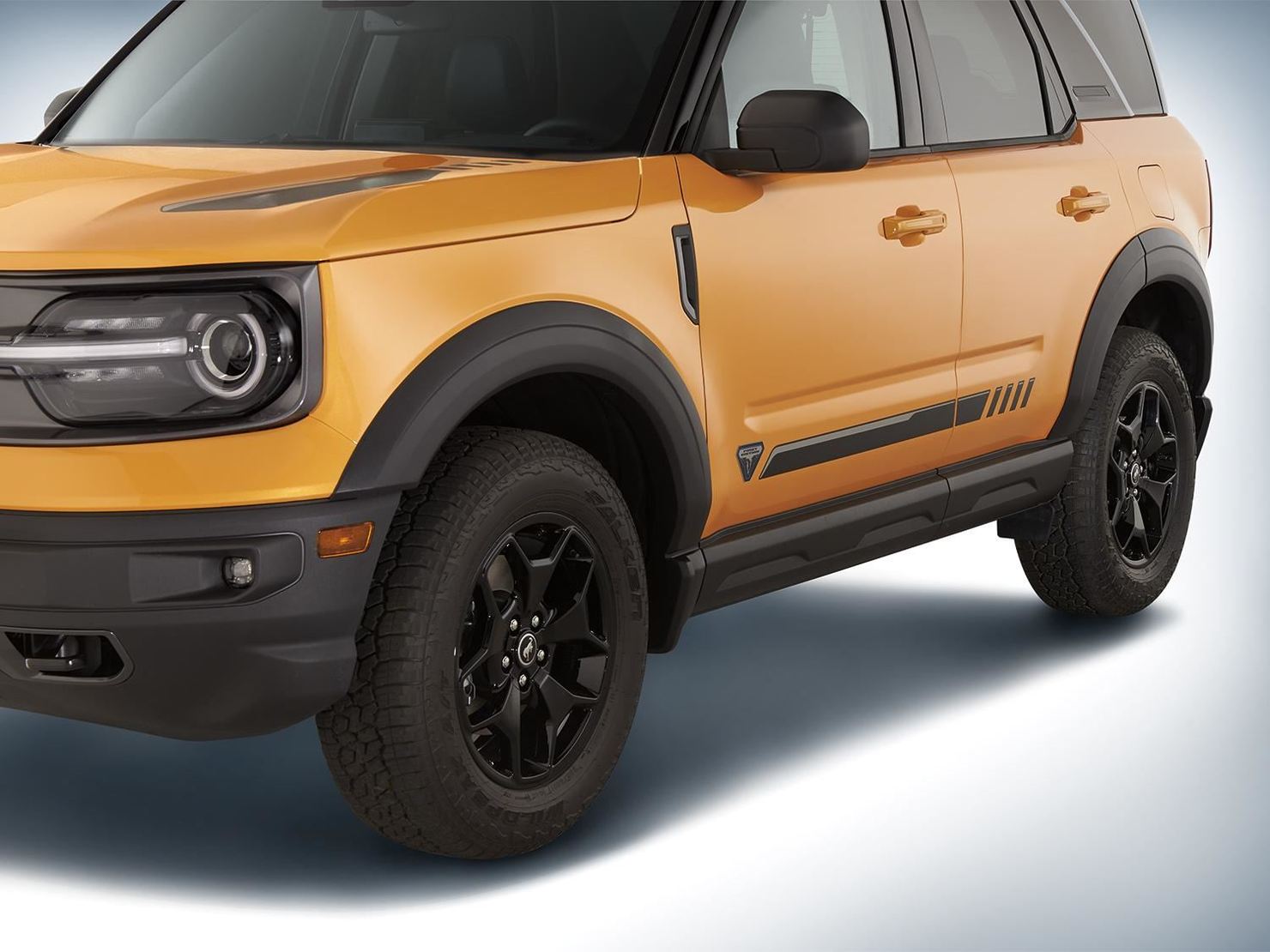 On the inside, the CGS Bronco Sport has been treated to seat covers to help protect the originals from dirt and grime, as well as a rear seat vault, which is perfect for storing valuables while out in the middle of nowhere. Finally, the crossover’s 2.0L EcoBoost I-4 has been treated to a couple of performance upgrades as well, including a CGS cold-air intake and a black ceramic-coated cat-back exhaust to free up a bit of power and enhance the I-4’s sound.

We’ll have more 2021 SEMA Show coverage to share soon, so be sure and subscribe to Ford Authority for more Bronco Sport news and ongoing Ford news coverage.