The fog lingering over the 2022 Ford Bronco continues to lift as of late. Ford recently confirmed the Bronco Raptor and Bronco Everglades trims are due in showrooms next summer, though pricing for those two highly-expected models is currently not available in the Build & Price tool. And now, Ford Authority has obtained the lease residual values of the 2022 Ford Bronco, including those for the yet-to-be-revealed Heritage trim.

As Ford Authority reported back in January, the residuals for the 2021 Ford Bronco also included the Heritage trim. However, the new list includes residual values for the Heritage Limited. This means at some point, Ford split the Heritage trim level into two distinct versions.

Lease residual values are handy for determining how much a given monthly lease payment will be, since a lessee essentially pays the difference between the purchase price and the vehicle’s residual value once the lease period ends, divided by the term of the lease. Residuals are also useful for any lessee who might wish to purchase their vehicle once the lease comes to an end.

Compared to the residual list for the 2021 Bronco, the 2022 Ford Bronco table includes a few noticeable changes.

The first, as mentioned earlier, is the split of the Heritage trim into Heritage and Heritage Limited, both of which Ford Authority told you about recently. Neither model has been announced as of this writing.

The second is an overall drop in values over the course of a given lease between the 2022 and 2021 Ford Broncos. Most Bronco trims experienced a 1 percent to 3 percent drop in residuals, though the Wildtrak two-door model’s residuals fell anywhere from 4 percent to 5 percent, depending on the length of the lease. As Ford Authority mentioned in January, the highest trim levels, like the Wildtrak, are expected to depreciate the fastest, while lower trims retain more of their values. This means that the 2022 Bronco has become more expensive to lease than the 2021 model year.

Those interested in reserving a 2022 Ford Bronco will need to visit their local Ford dealer. As Ford Authority recently reported, Ford found itself overwhelmed with orders for the 2021 Ford Bronco, not helped at all by ongoing supply chain issues across all industries around the globe. Thus, The Blue Oval stopped taking Bronco reservations altogether, a position it maintains for the 2022 Bronco and likely one that will continue for the foreseeable future. 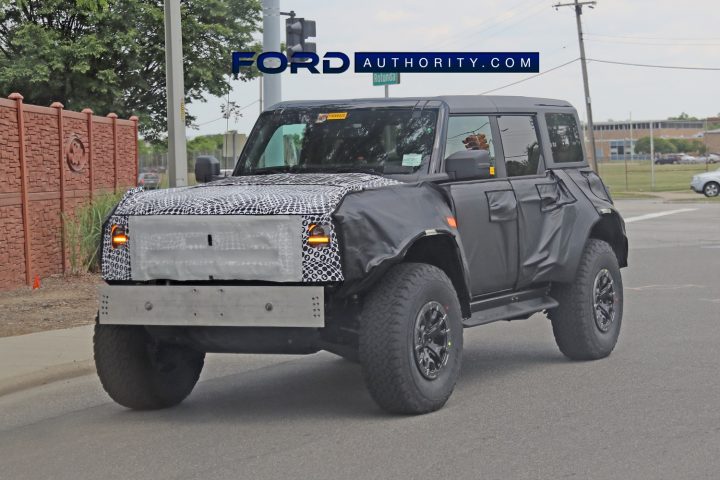 As we mentioned earlier, the 2022 model year will bring several new models, including the mysterious Heritage Edition, Everglades and Bronco Raptor. We’ll have more on the 2022 Ford Bronco soon, so be sure and subscribe to Ford Authority for more Ford Bronco news and around-the-clock Ford news coverage.