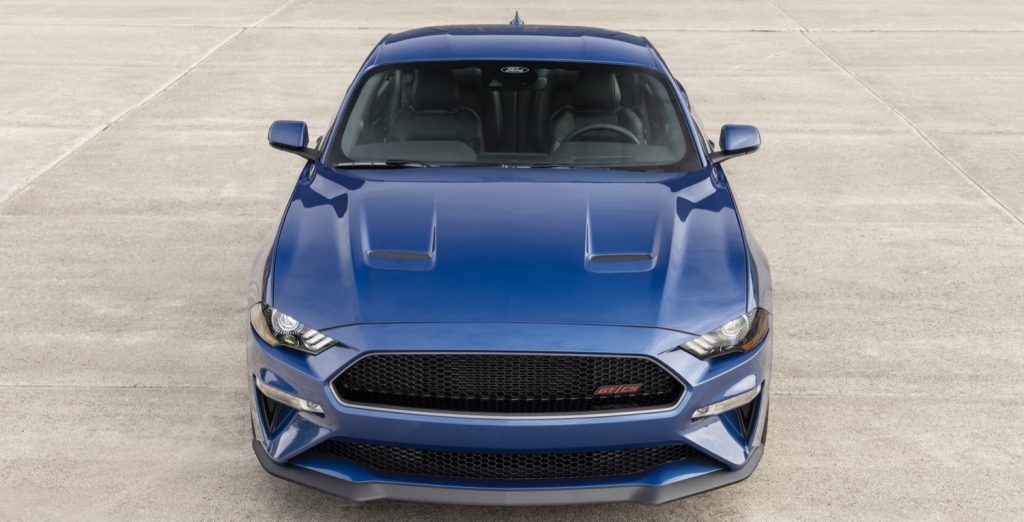 Several weeks ago, Ford Authority photographers spotted what appeared to be a 2022 Ford Mustang California Special driving around with new exterior touches. Now, the updated package has officially debuted, and aside from the cosmetic changes, buyers can now pair it with the GT Performance Package, a change that enables pony car shoppers to combine its unique stylistic elements with more concrete enhancements. The updated package joins the Ice White Appearance Package and Stealth Edition Appearance Package for the upcoming model year changeover.

The latest iteration of the California Special Appearance Package channels aesthetics from the original model, specifically with its blacked-out grille, rear fender scoop, and side racing stripes. The latter element runs almost the entire length of the 2022 Ford Mustang, in contrast to the outgoing version, and the new GT/CS logo is now Race Red too. That logo gets a similar treatment on the trunk lid and is also featured as a badge embedded on the honeycomb grille. A new set of five-spoke 19-inch wheels join the fray, and all California Special models gain the front splitter from the GT Performance Package. For the cabin, the 2022 Ford Mustang California Special will once again feature Miko suede door and seat trimmings, along with the trademark carbon hex aluminum instrument panel.

Perhaps the bigger news for California Special enthusiasts is the expanded equipment offering that The Blue Oval decided to pair with the package. For the 2022 Ford Mustang, the Special can be paired with the GT Performance Package, a staple of the pony car lineup that enables buyers to get substantial upgrades without having to step up to the Mach 1 or Shelby GT500. The package comes with a plethora of highly desirable equipment including:

Despite the new upgrades, the 2022 Ford Mustang California Special remains just as accessible as before, being available on GT Premium coupe and convertible. Order banks are slated to open later on in 2021, with deliveries expected to take place in the first quarter of 2022.