The 2022 Ford Mustang is gaining two intriguing appearance packages for the upcoming model year changeover, the Ice White Edition Appearance Package and the Stealth Edition Appearance Package. As Ford Authority previously reported, the former will also be available on the 2021 Ford Mustang Mach-E. Now, the second addition has been revealed, and it promises to offer Ford Mustang EcoBoost Premium shoppers the choice of adding some extra flair to their pony cars when the models arrive at dealerships nationwide in early 2022. 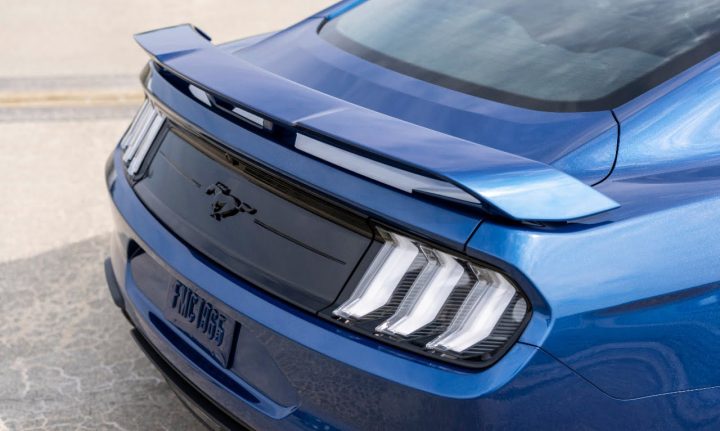 The all-new Stealth Edition Appearance Package shares similarities with the Stealth Edition Performance Package that is part of the refreshed 2022 Ford Expedition lineup, such as blacked-out exterior touches for the 19-inch wheels, pony badges, and mirror caps. Additionally, every 2022 Ford Mustang equipped with the new package gets unique interior accouterments as well, with a matte and gloss black instrument panel adding flair to the cabin, along with an illuminated sill plate. But perhaps the bigger revelation is expanded availability of the clear LED taillights, which are also part of the Ice White Appearance Package. The lights have been a part of the Mustang lineup in other regions but until now were forbidden fruit for American pony car shoppers who didn’t want to have to purchase them after the fact.

As far as availability is concerned, the Stealth Edition Appearance Package is part of the EcoBoost Premium lineup and can be paired with four exterior colors: Atlas Blue, Carbonized Gray, Dark Matter, and Shadow Black. Atlas Blue and Dark Matter are new to the lineup for 2022.

“The black accents really give the car a whole new persona, sinister and sporty all at once,” said Jim Owens, Mustang brand marketing manager. “Naturally, the package needed the right name. Stealth Edition says it all.” Ford stated that the 2022 Ford Mustang order bank will open later on in 2021, and that customers can expect the new models to arrive at U.S. dealerships in the first quarter of next year.