The 2022 Ford Mustang GT and Mach 1 will take a 10 horsepower and 10 pound-feet of torque hit to their respective outputs when they debut early next year, sources familiar with the muscle car’s launch have confirmed to Ford Authority. An exact reason was not given, but the slight alterations to the Ford 5.0L Coyote V8 output are being blamed on emissions requirements. The reduced output is part of several unannounced changes coming to the lineup, in addition to changes that The Blue Oval already announced.

Output for the 2022 Ford Mustang GT will drop by 10 for horsepower and torque, regardless of transmission. For the upcoming model year changeover, GT Premium coupe and convertible are available with the updated California Special Appearance Package, which boasts revised cosmetic elements and the ability to be paired with the GT Performance Package.

The 2022 Ford Mustang Mach 1 lineup will similarly feature ten less horsepower and torque across the board. By contrast, the 2022 Ford Mustang Shelby GT500 will continue to solider on with the same power figures from 2021, as that specialty model features the supercharged Ford 5.2L Predator V8, not the Coyote.

Additionally, the 2022 Mustang lineup is receiving changes that have yet to be announced. For starters, seven new paint options will be available, although it’s likely they’re replacing some of the options currently available on the 2021 model. There will also be another all-new appearance package joining the family, which brings the amount of new appearance packages to three, in addition to the updated California Special package. 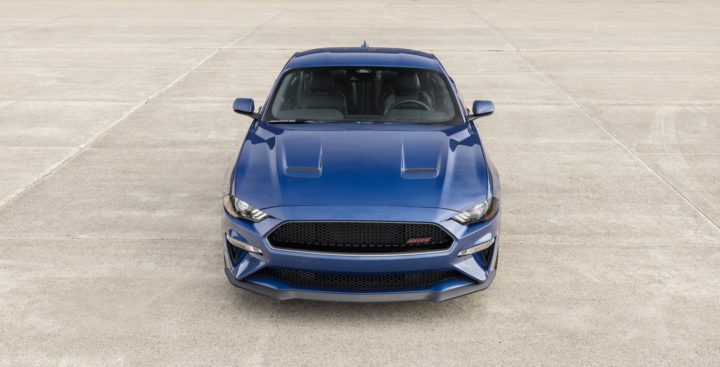 The Blue Oval previously announced the Ice White Edition Appearance Package, and the Stealth Edition Appearance Package, on two separate occasions. In addition to the news about the slight power reduction, Ford Authority can also report that 2022 Mustang order banks have opened. Deliveries of the updated Mustang are slated for Q1 2022. These substantial changes arrive at an interesting time, as the 2023 Ford Mustang is expected to be an all-new model.

We’ll have more on the 2022 Ford Mustang soon, so subscribe to Ford Authority for the latest Ford Mustang news, and continuous Ford news coverage.