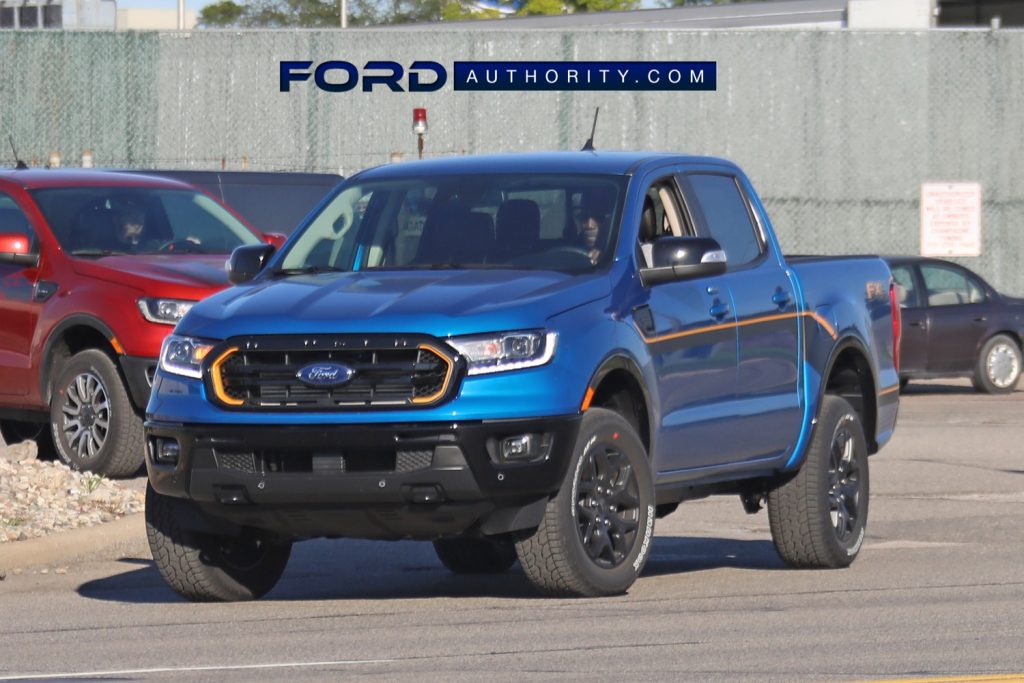 The 2022 Ford Ranger Splash Package and Splash Limited Edition were revealed earlier this month, bringing back a beloved model from the 1990s. However, Ford only shared pictures of one Splash pickup adorned in one color – yellow – at the unveiling. now, Ford Authority spies have captured images of a Velocity Blue 2022 Ford Ranger with the Splash Package out driving around, giving us our very first look at one of the several hues expected to be available for the colorful model. 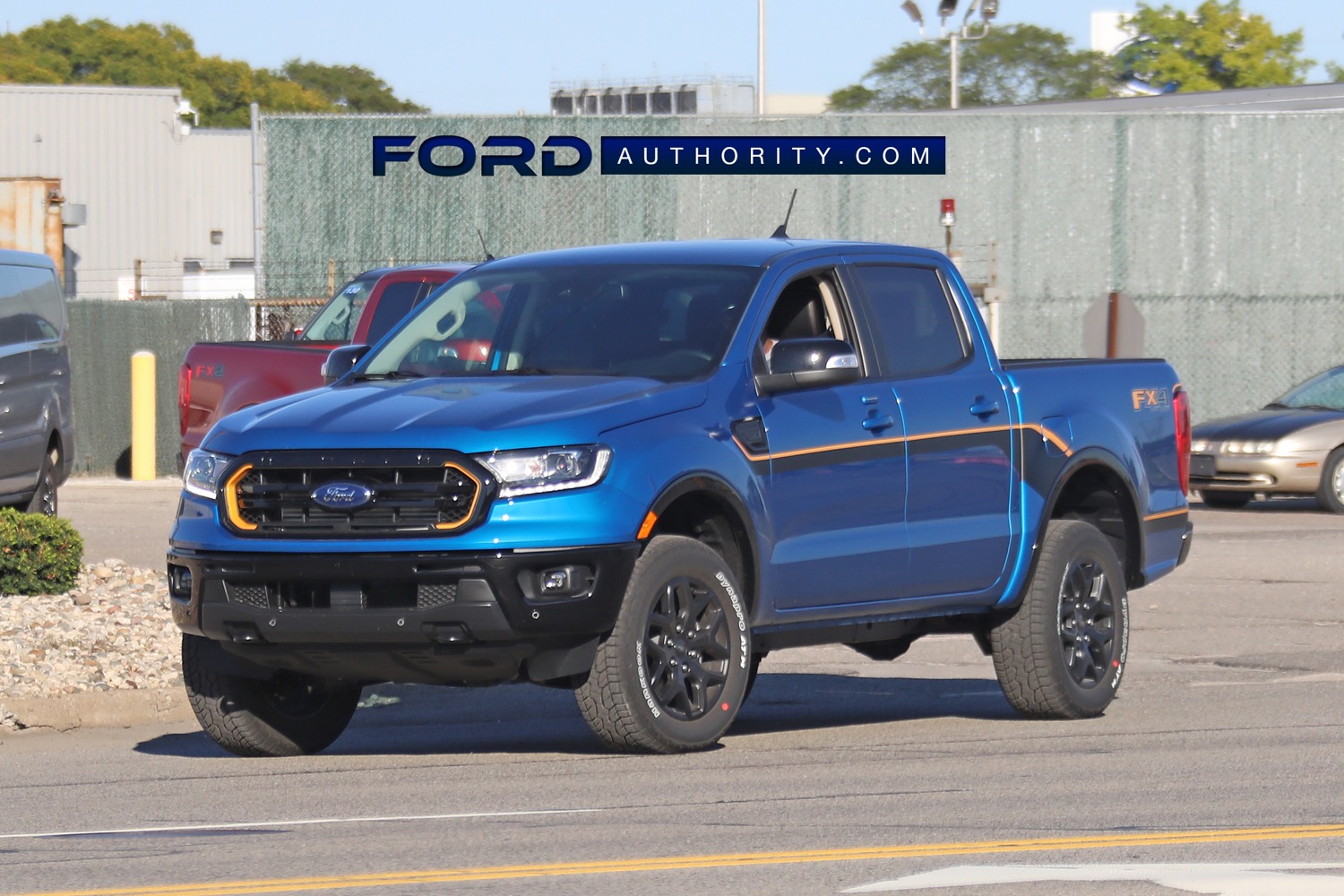 Aside from the Velocity Blue paint, this 2022 Ford Ranger Splash Package pickup also wears the requisite side graphic, which can be deleted, as Ford Authority reported last week. The stripes are accented with a bit of orange, which also adorns the grille nostrils on the gloss black front grille and the FX4 logo on the bedsides. 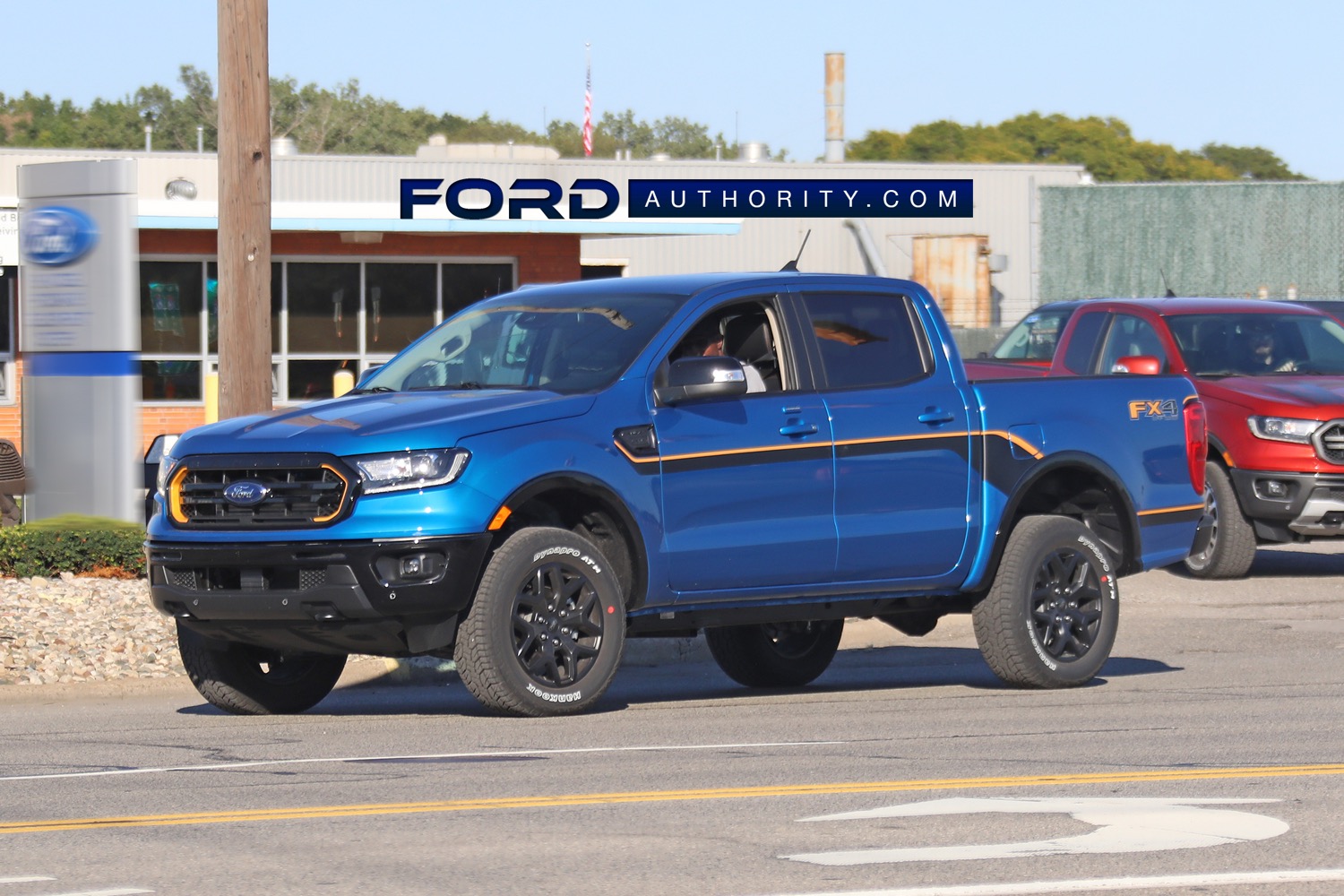 The Splash Package also includes gloss black accents on the rearview mirror caps, bumpers, fender vents, and wheel lip moldings, as well as unique 18-inch, 12-spoke matte black wheels. As Ford Authority previously reported, the 2022 Ford Ranger Splash Package is available in SuperCrew configuration only on XLT Mid 301A and High 302A equipment groups, as well as Lariat High 501A. However, the package cannot be paired with the Black Appearance Package, Chrome Appearance Package, Sport Appearance Package, or Tremor Off-Road Package. The Splash Package can be combined with the FX2 or FX4 packages, while the Splash Limited Edition will offer a number of one-off exterior colors in small batches, beginning with the Snow Edition. 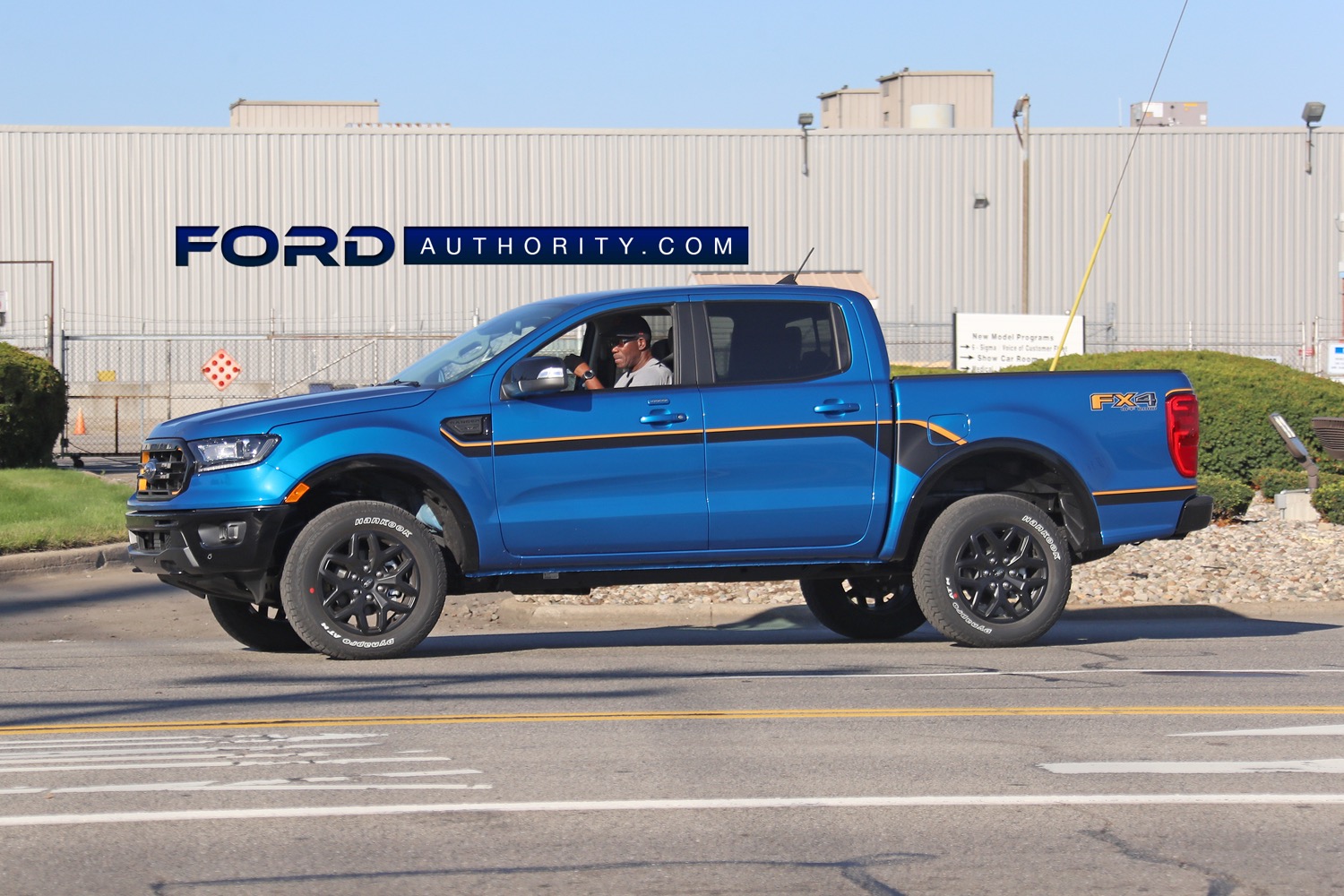 On the inside, the Splash Package adds unique seats with carbon grain, tuxedo stripes, and orange contrast stitching, which will be finished in leather on Lariat-trimmed Rangers. Lariats also get orange contrast stitching on the dash and armrests, while all Splash Package-equipped pickups gain the same bright-colored stitching on the steering wheel, parking brake boot, and shifter. The MSRP for all of these goodies comes out to $1,495. 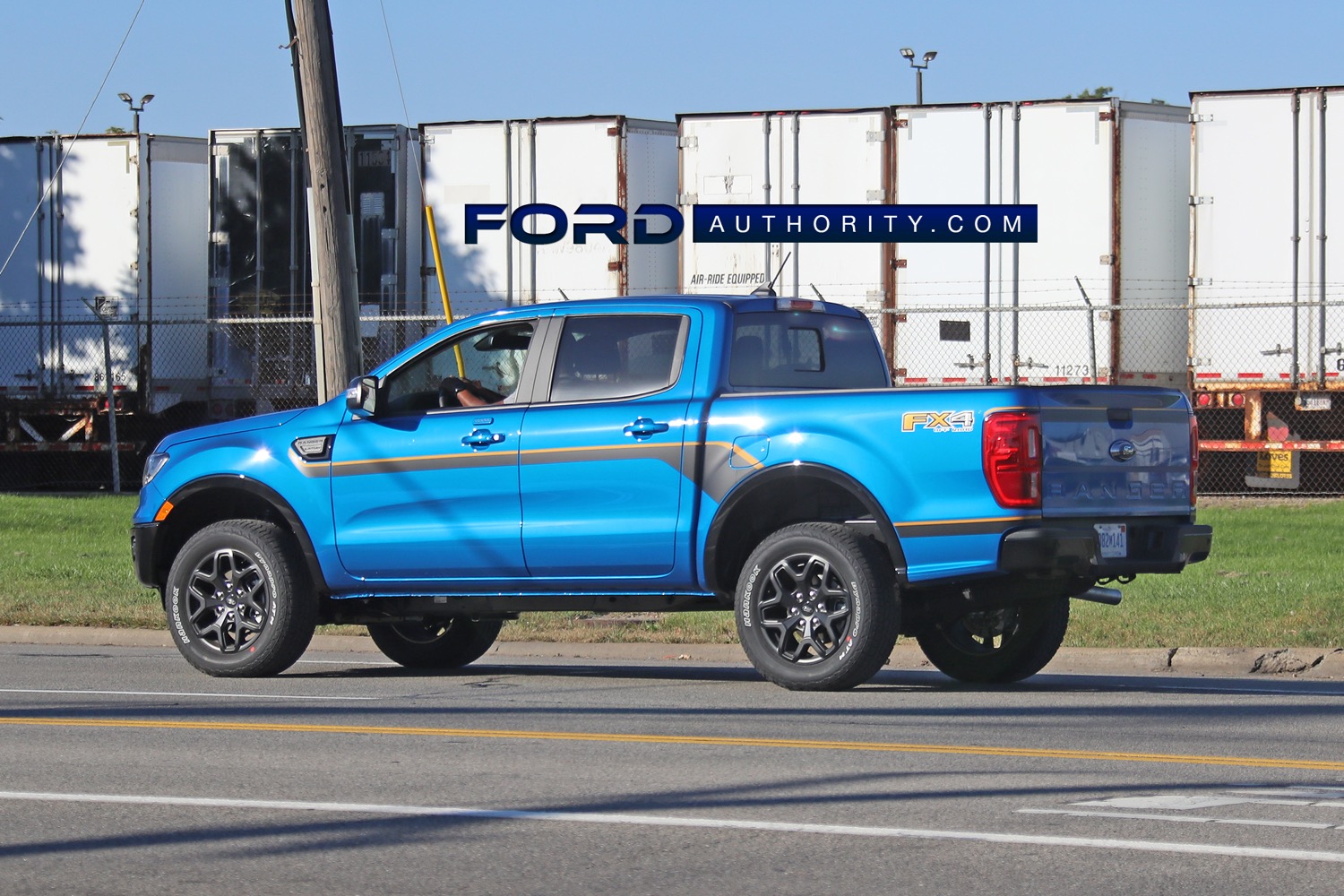 We’ll have more on the 2022 Ranger soon, so be sure to subscribe to Ford Authority for the latest Ford Ranger news and ongoing Ford news coverage.