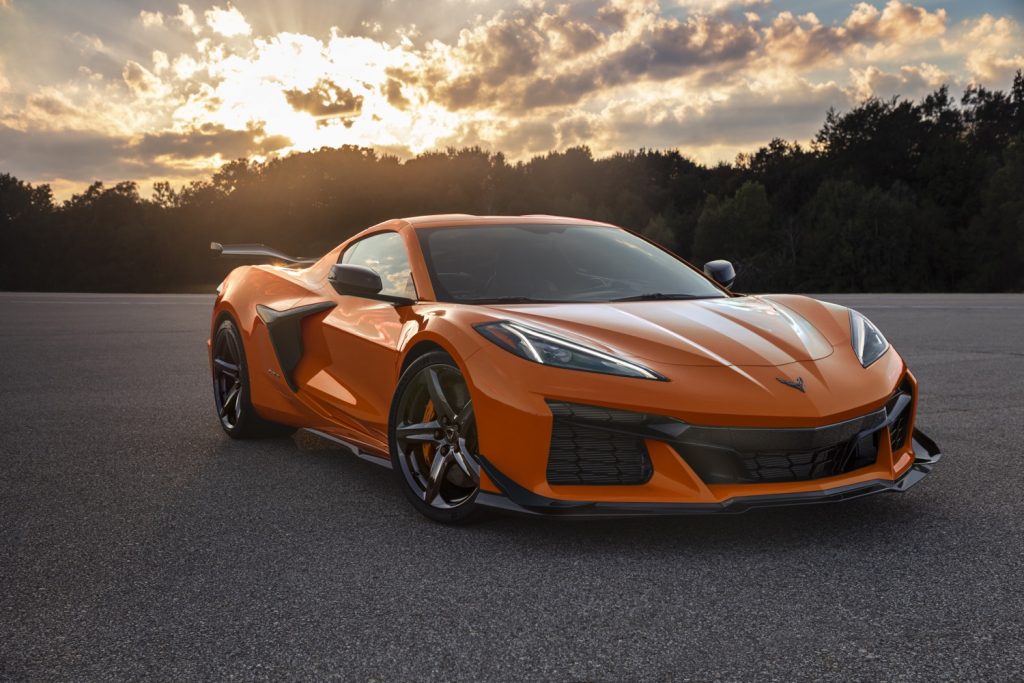 While the very first Ford Thunderbird was a direct competitor to the first-gen Chevrolet Corvette, The Blue Oval doesn’t really have anything directly comparable today, save for the also mid-engine Ford GT. However, the GT is obviously considerably more limited and expensive than the C8 Corvette, of course. And while the GT can lay claim to producing more power than the base Corvette Stingray, that’s no longer the case with the newly-revealed 2023 Chevy Corvette Z06. 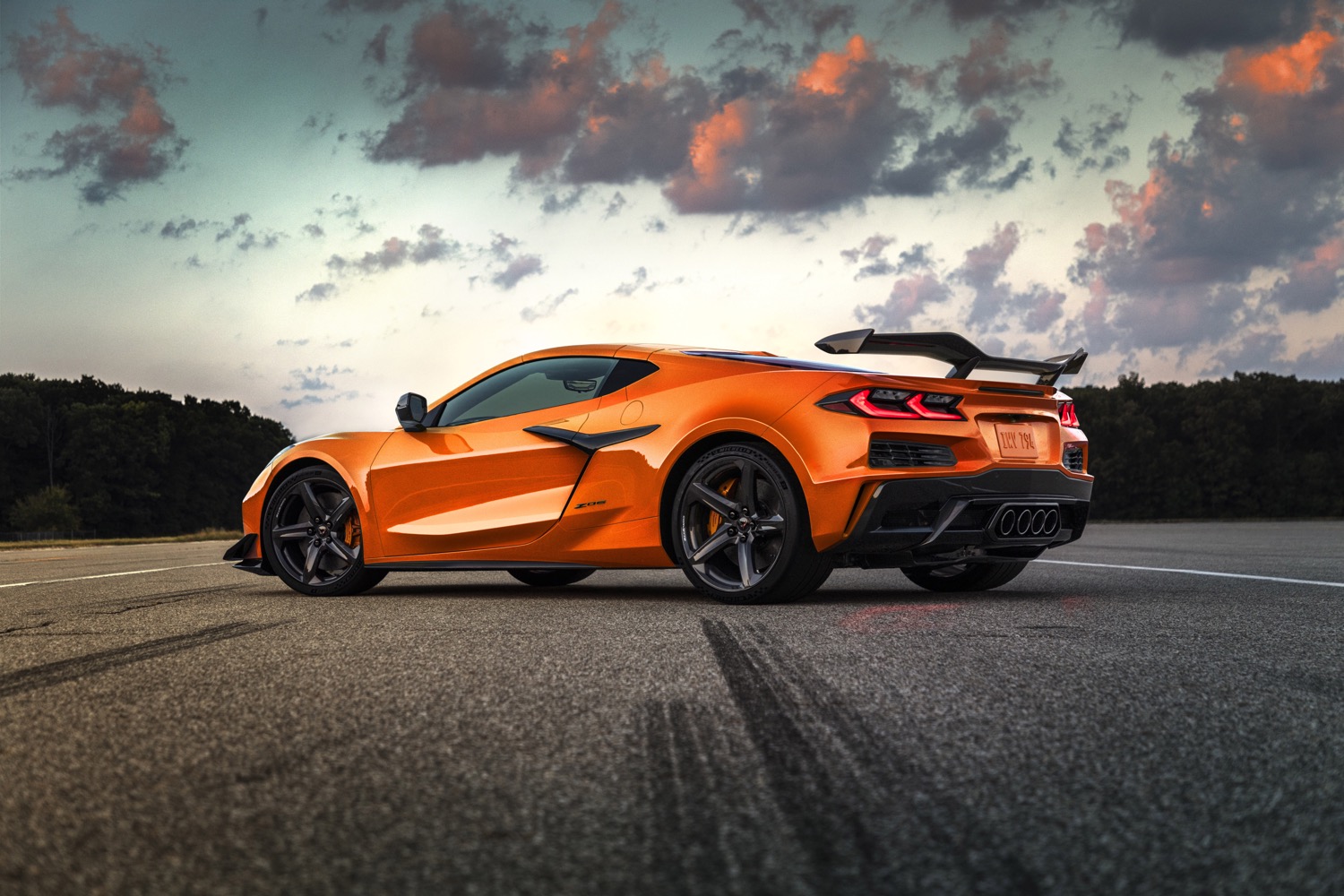 The high-performance version of Ford’s twin-turbo 3.5L EcoBoost V6 makes 660 horsepower and 550 pound-feet of torque in the GT, which propels the supercar to 60 miles-per-hour in around 3 seconds flat. The 2023 Chevy Corvette Z06, on the other hand, utilizes GM’s brand new naturally-aspirated, flat-plane crank 5.5L LT6 V8, which produces 670 horsepower and 460 pound-feet of torque. Coupled with an eight-speed dual-clutch transmission, that’s good enough for a 0-60 time of just 2.6 seconds, according to the automaker. 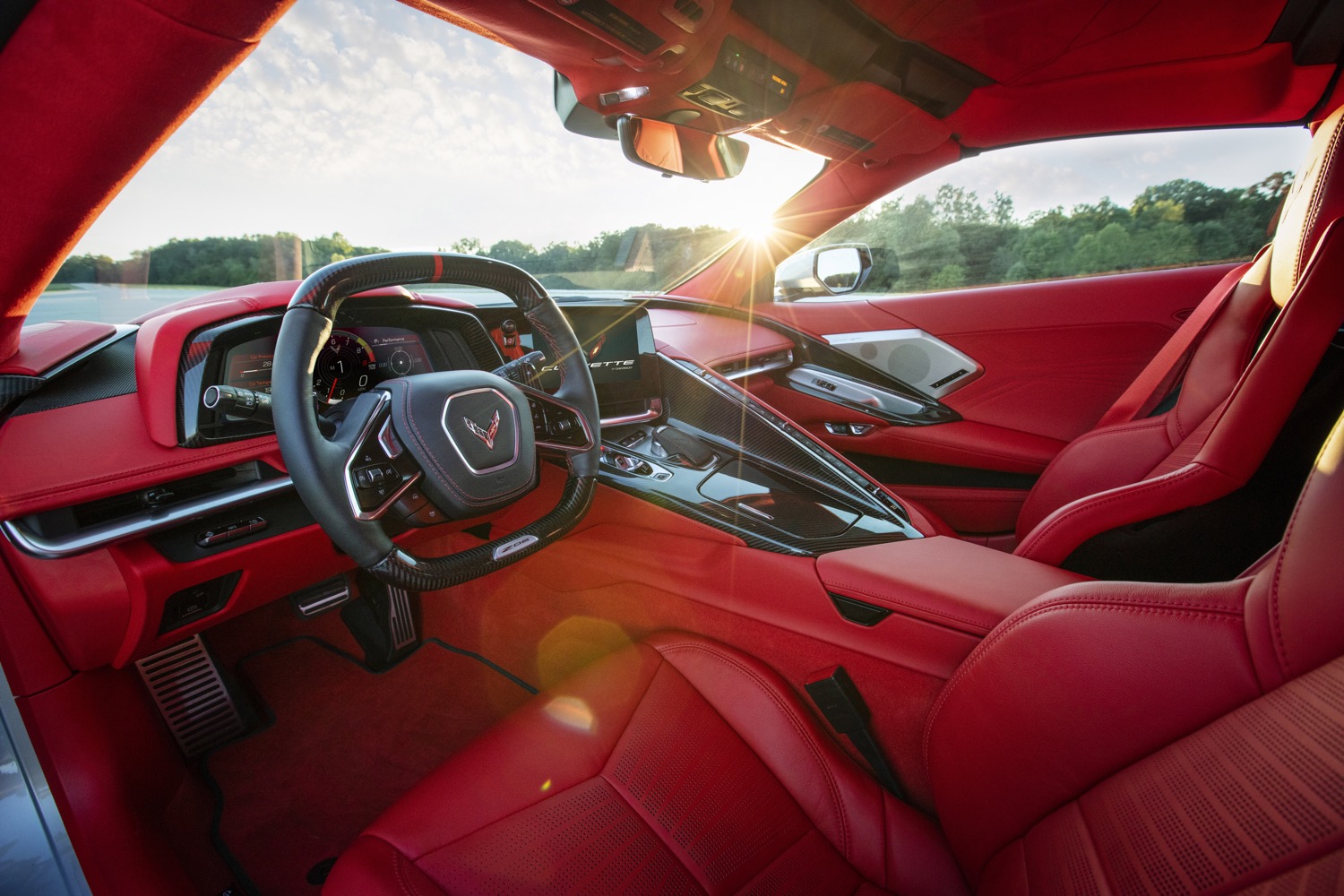 Aside from packing the highest horsepower naturally-aspirated V8 ever offered in a production vehicle, the C8 Z06 has been treated to a host of performance upgrades in terms of suspension, braking, and aero. The base Z06 comes with 14.6-inch front and 15-inch rear brake rotors, with six-piston calipers up front. A staggered set of 20-inch front and 21-inch rear wheels are wrapped with 275/30ZR20 and 345/25ZR21 Michelin Pilot Sport 4S ZP tires, respectively, which are tucked under wider bodywork than the base Stingray. 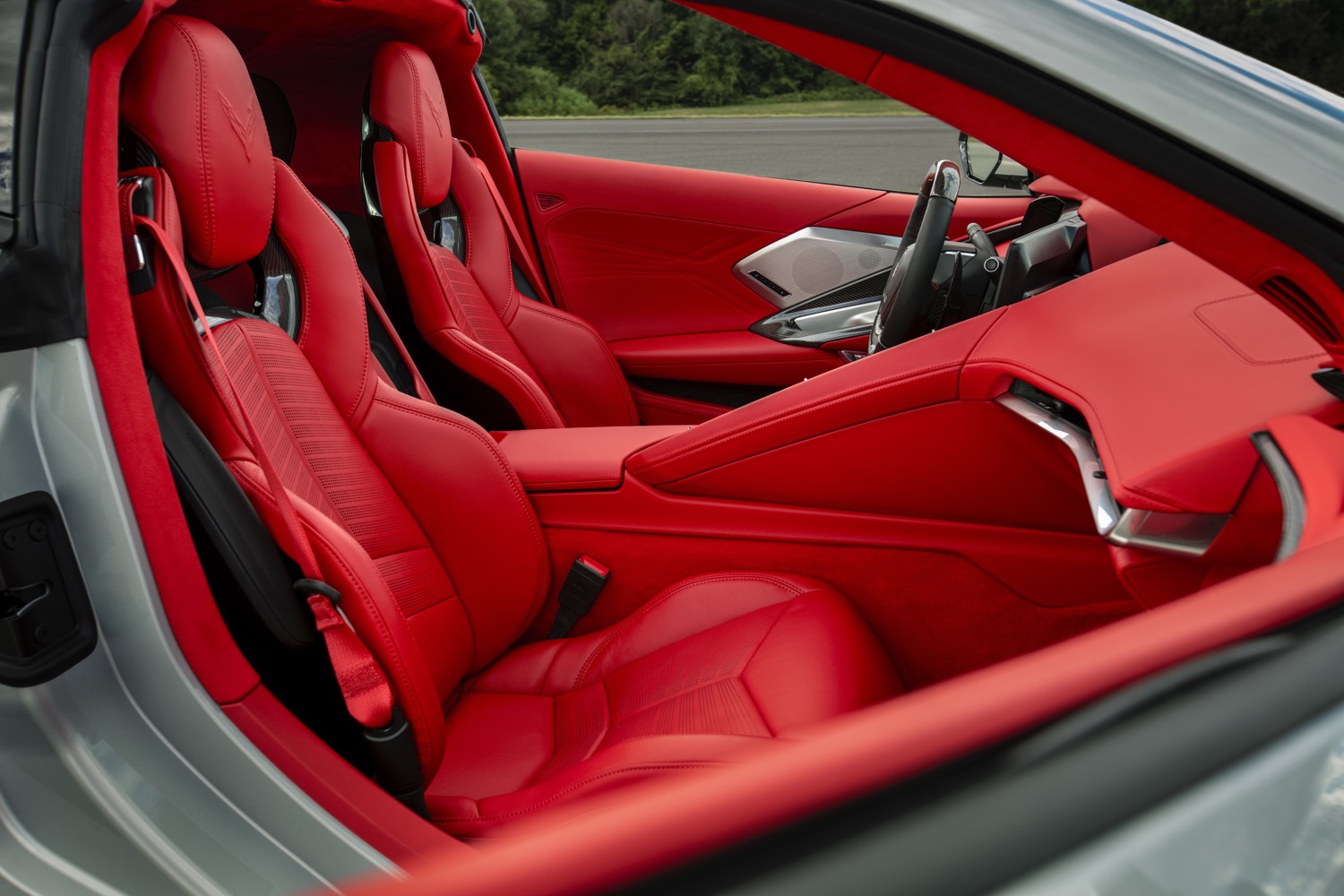 Customers that step up to the optional Z07 Performance Package will get even more, with 15.7-inch front and 15.4-inch rear carbon-ceramic brake rotors, Michelin Sport Cup 2 R ZP tires, GM’s FE7 suspension with Magnetic Ride Control 4.0, as well as optional carbon fiber wheels that offer up a 41-pound reduction in unsprung mass. The package also adds a full carbon-fiber aero kit that helps it generate an astounding 734 pounds of downforce at 186 miles-per-hour. 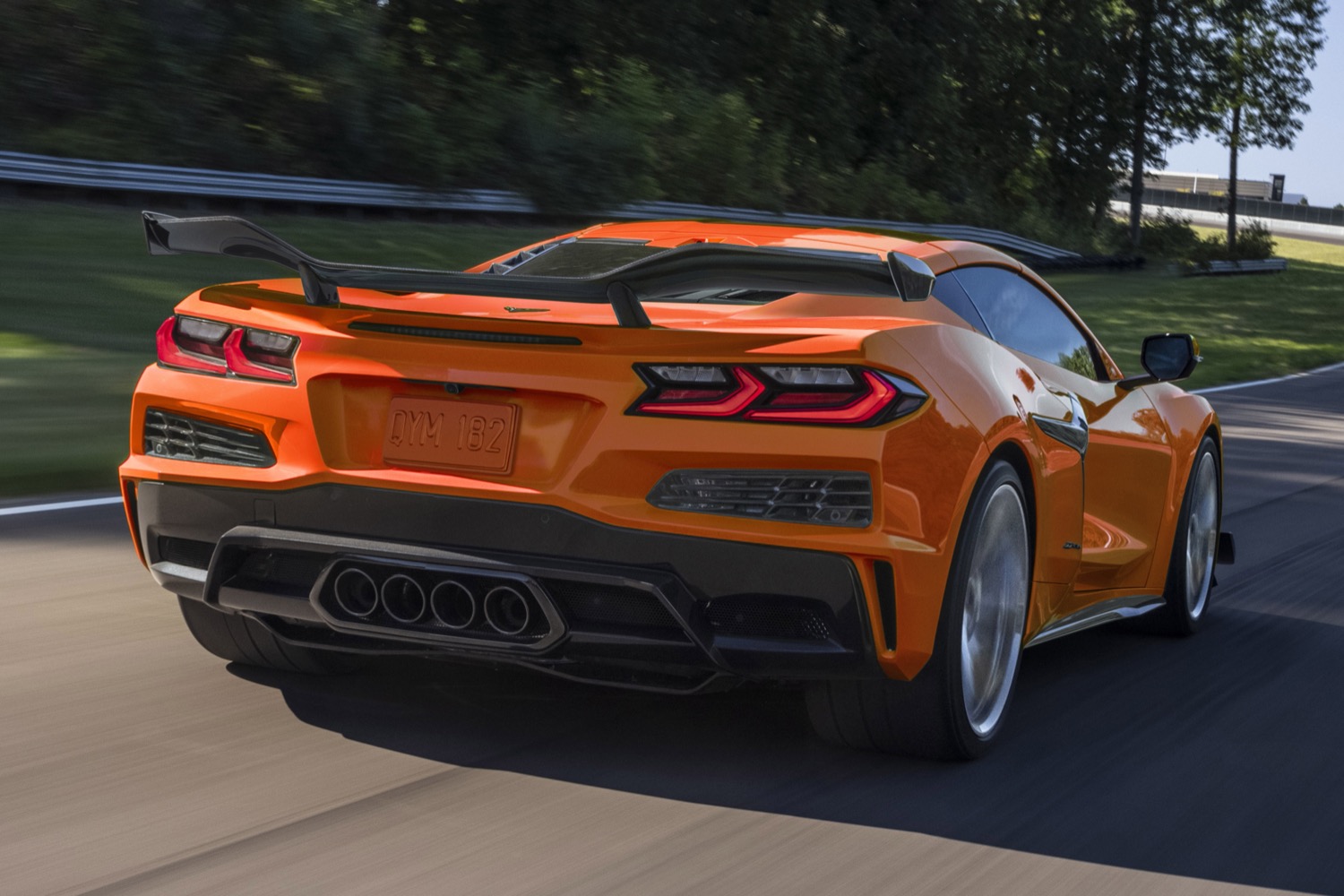 The 2023 Corvette Z06 offers a bevy of customization options, including a dozen exterior color choices, seven interior colors and wheel packages, and even six different brake rotor color options. GM hasn’t yet released pricing of the new model, but it is scheduled to enter production at the automaker’s Bowling Green Assembly Plant in the summer of 2022.