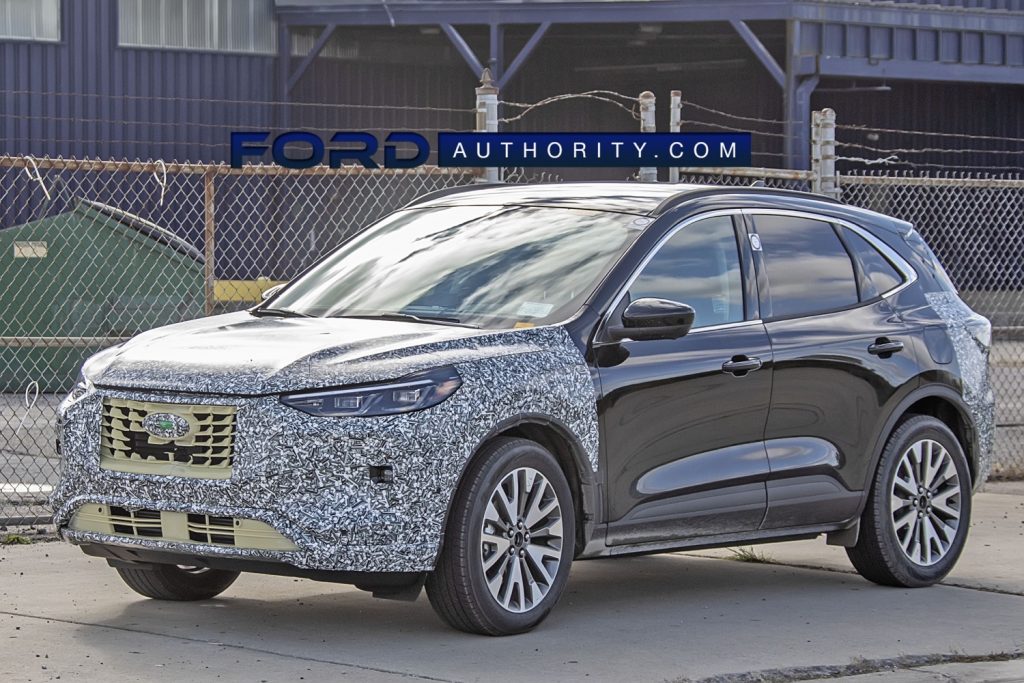 In early September, Ford Authority reported that the Ford Escape – which just underwent a complete overhaul for the 2020 model year – will get another refresh for the 2023 model year ahead of a more comprehensive redesign in 2025. Ford Authority spies also captured the Escape’s Ford C2 platform-mate – a lightly disguised 2023 Lincoln Corsair prototype driving around last month, and later, a possible hybrid model. Now, those spies have spotted a 2023 Ford Escape prototype for the very first time with some aggressive styling updates. 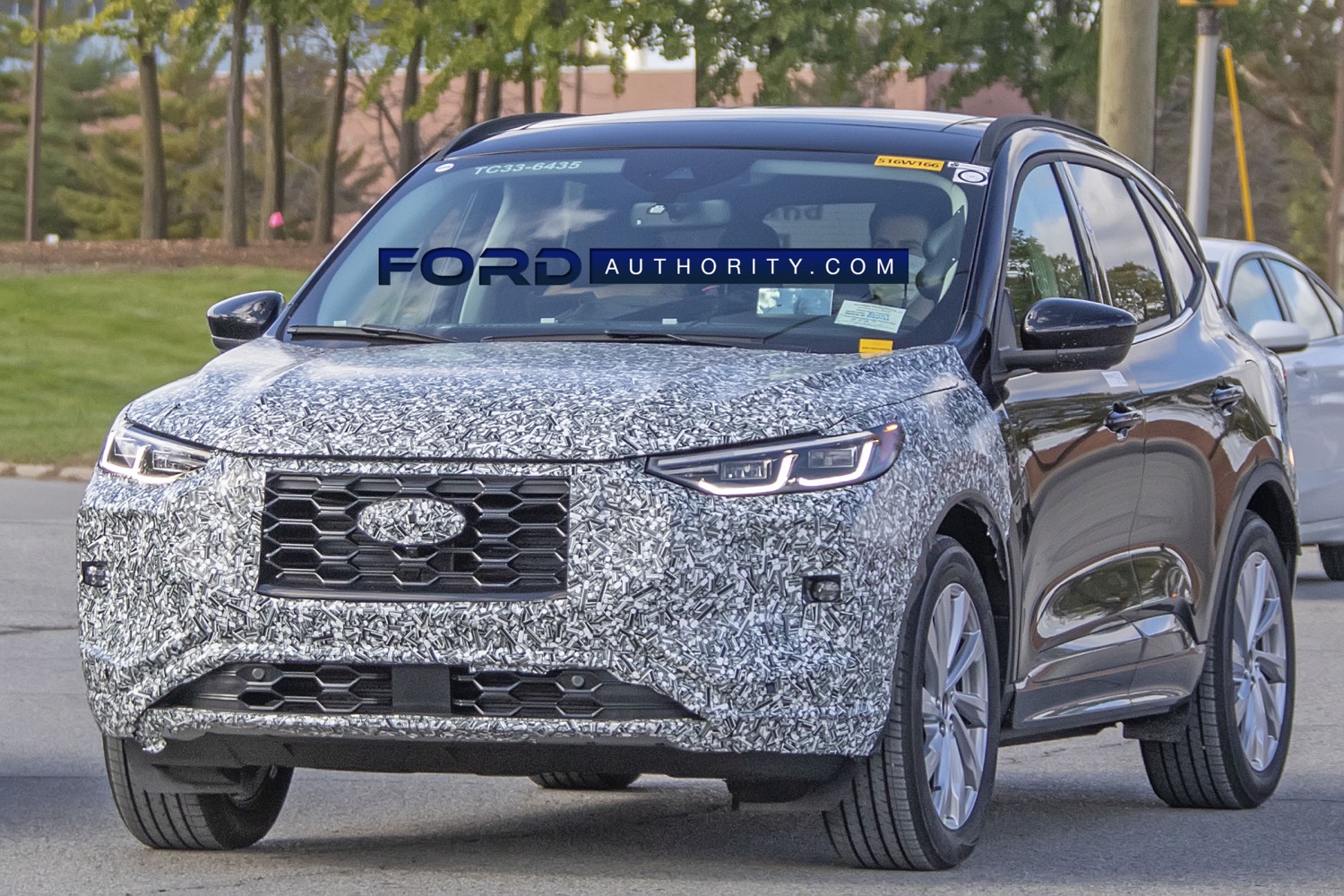 While the front end of this 2023 Ford Escape prototype is covered in camo, the crossover’s redesigned headlights are visible, as are portions of both the upper and lower grille, which sit higher than before. What is clear is that this front-end design is a big departure from the current model, which has far softer lines. The headlights on this prototype are much sleeker and aggressive in appearance, with more modern LED signature lighting to boot. 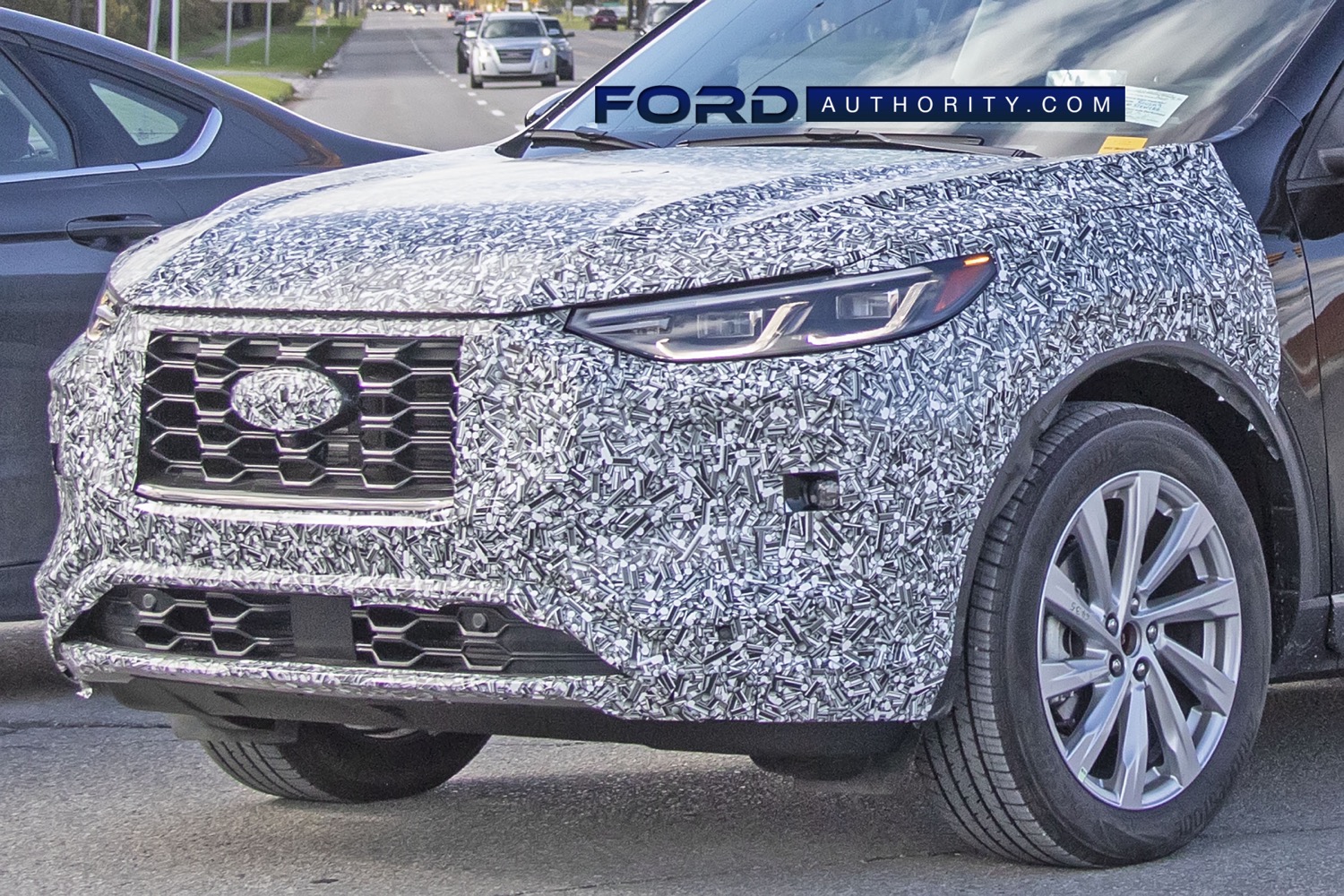 The exposed portions of the grill reveal a new pattern that is also quite modern and in line with other existing Blue Oval vehicles like the Ford Edge and Ford Mustang Mach-E. The side portions of the upper grille are covered, but it appears that the grille is rounded at the edges, giving it an oval shape like many current Ford models. Additionally, the Blue Oval has been integrated into the grille slats and the front bumper features more squared-off lines with new fog lights. 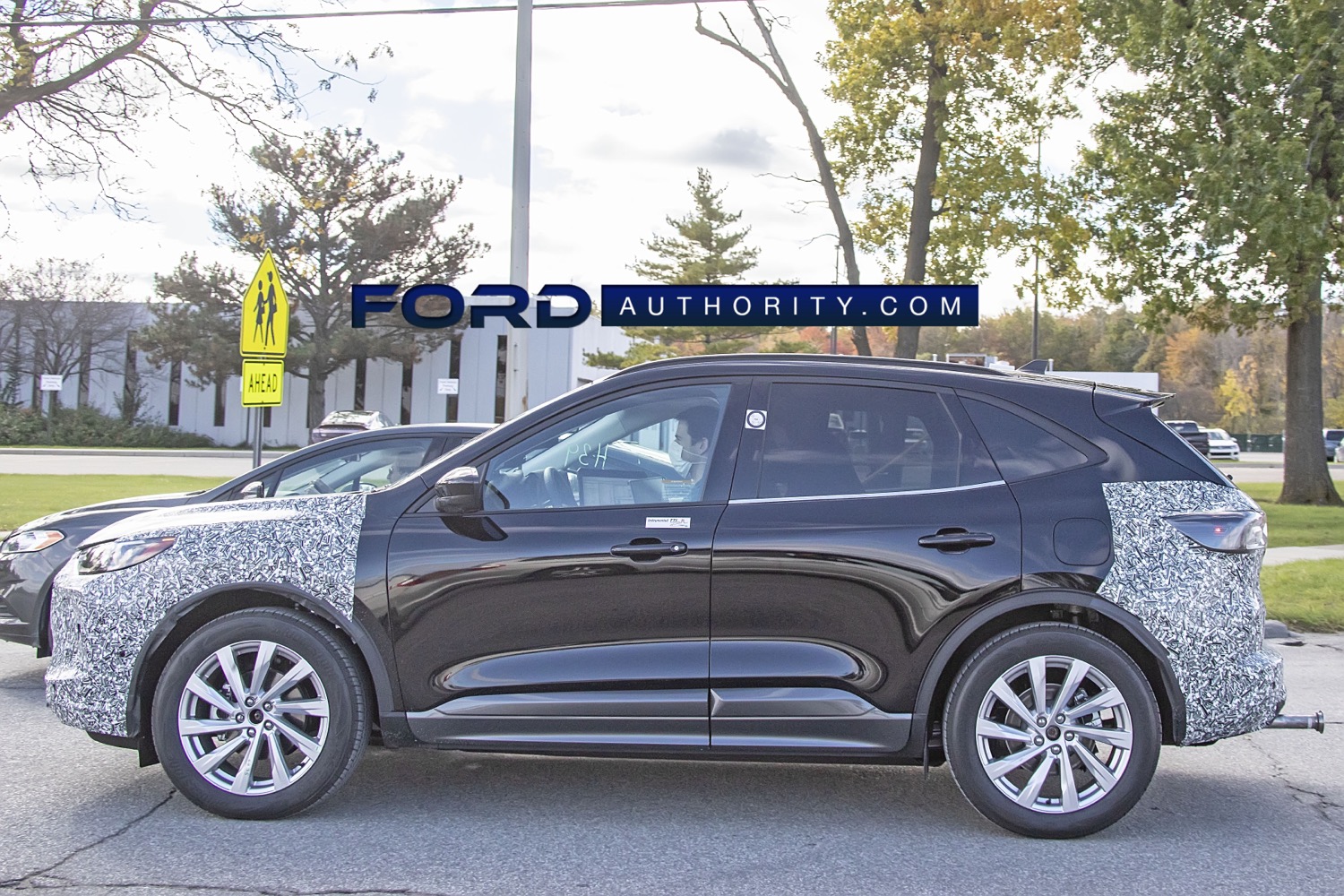 The center portion of this prototype is uncovered and largely unchanged from the current Escape, though the rear features some camo that hides further design updates, including a revised taillight design and minor updates to the rear fascia. 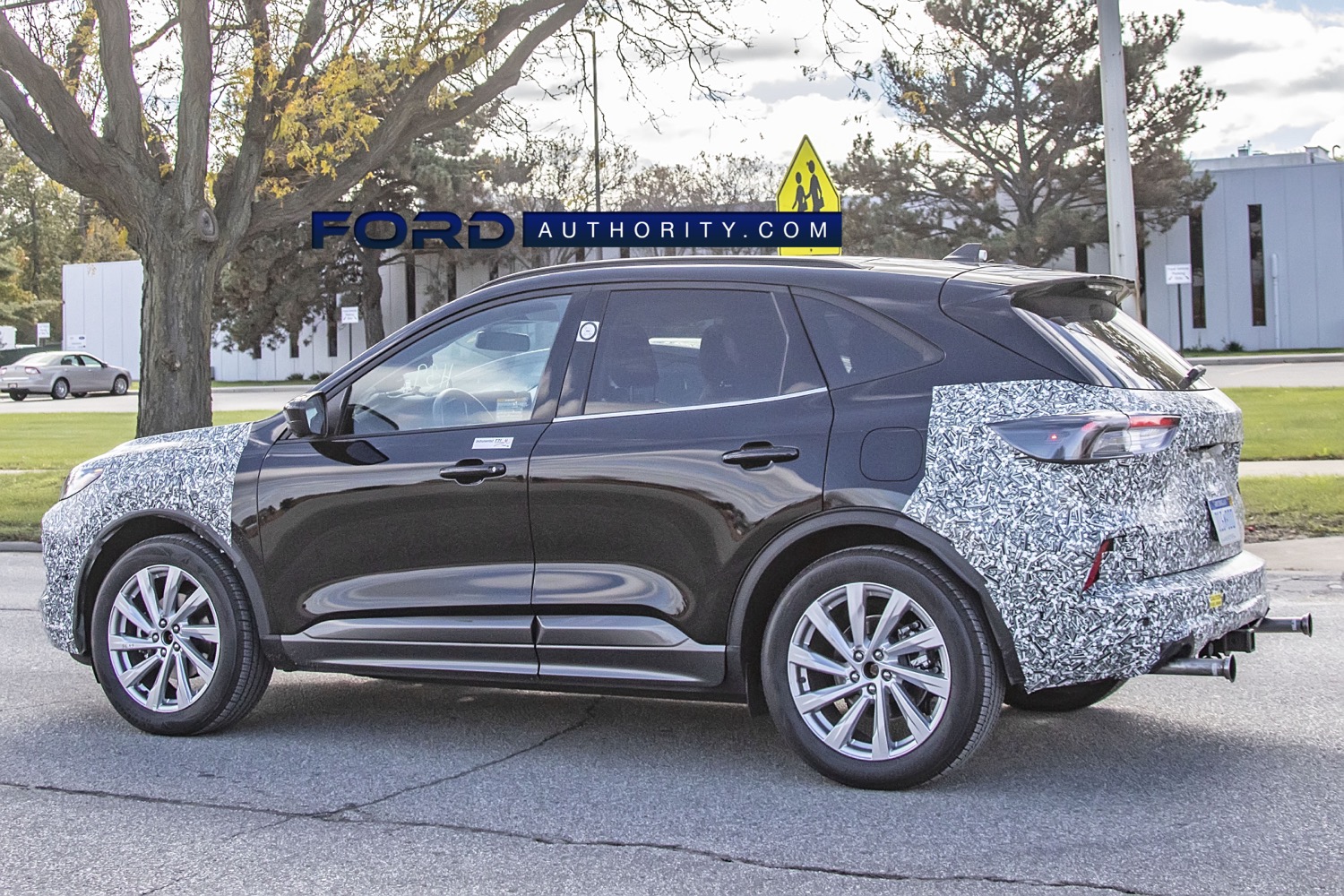 Peeking through the driver’s side window, we can also see that some interior revisions appear to be in the cards as well, though it’s difficult to tell exactly what those are comprised of. 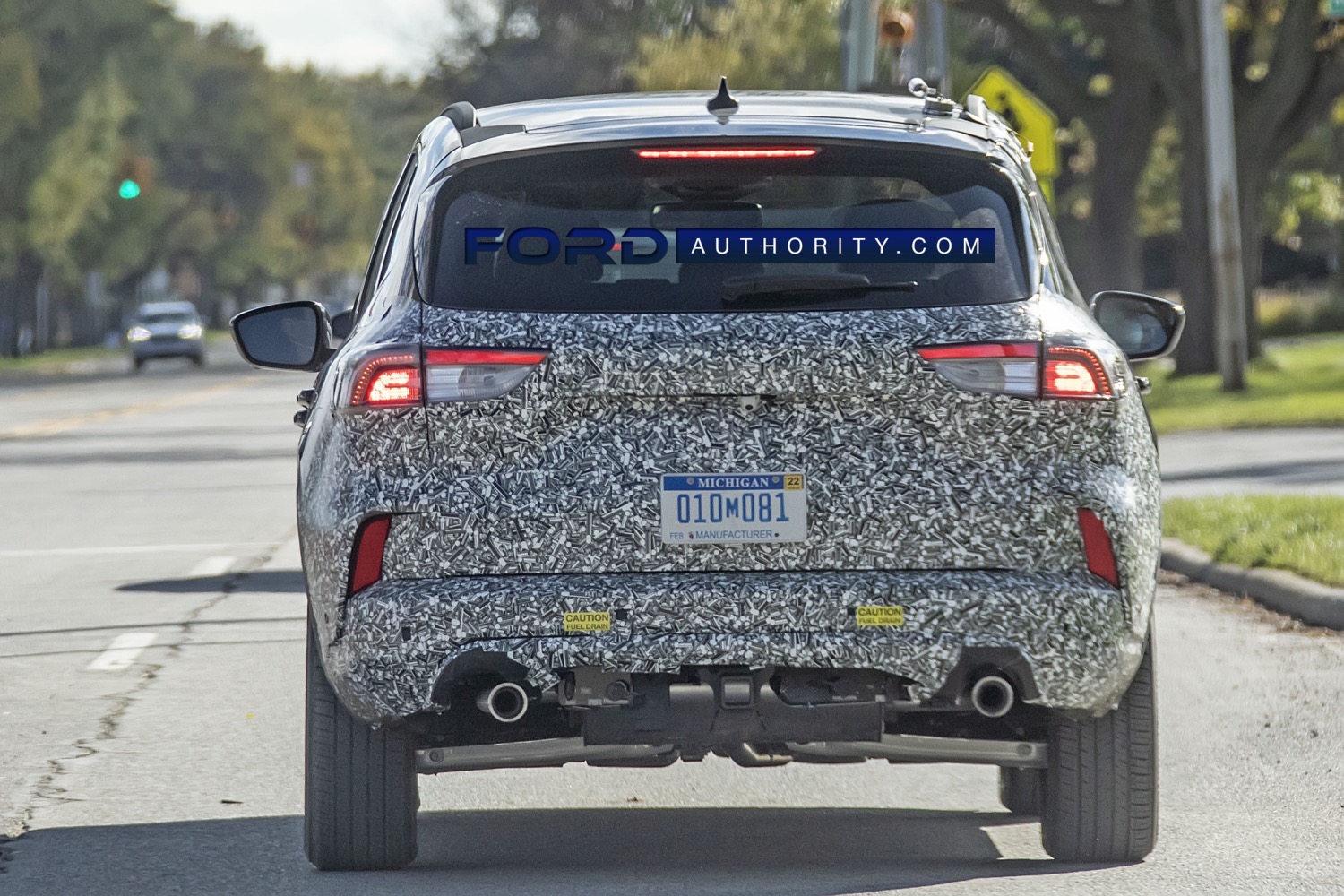 We’ll know more in the coming weeks and months before the refreshed 2023 Ford Escape launches in late 2022 for the 2023 model year.