After receiving a refresh for the 2020 model year and the addition of new interior and exterior color options, improved tech features, and new and revised appearance packages for the 2022 model year, the Ford Super Duty is set to receive a more comprehensive redesign in 2023, as Ford Authority recently reported. Over the last several days, Ford Authority spies have captured Regular Cab dually and Crew Cab dually prototypes out driving around, and now, a 2023 Ford Super Duty SuperCab prototype has been spotted in the wild. 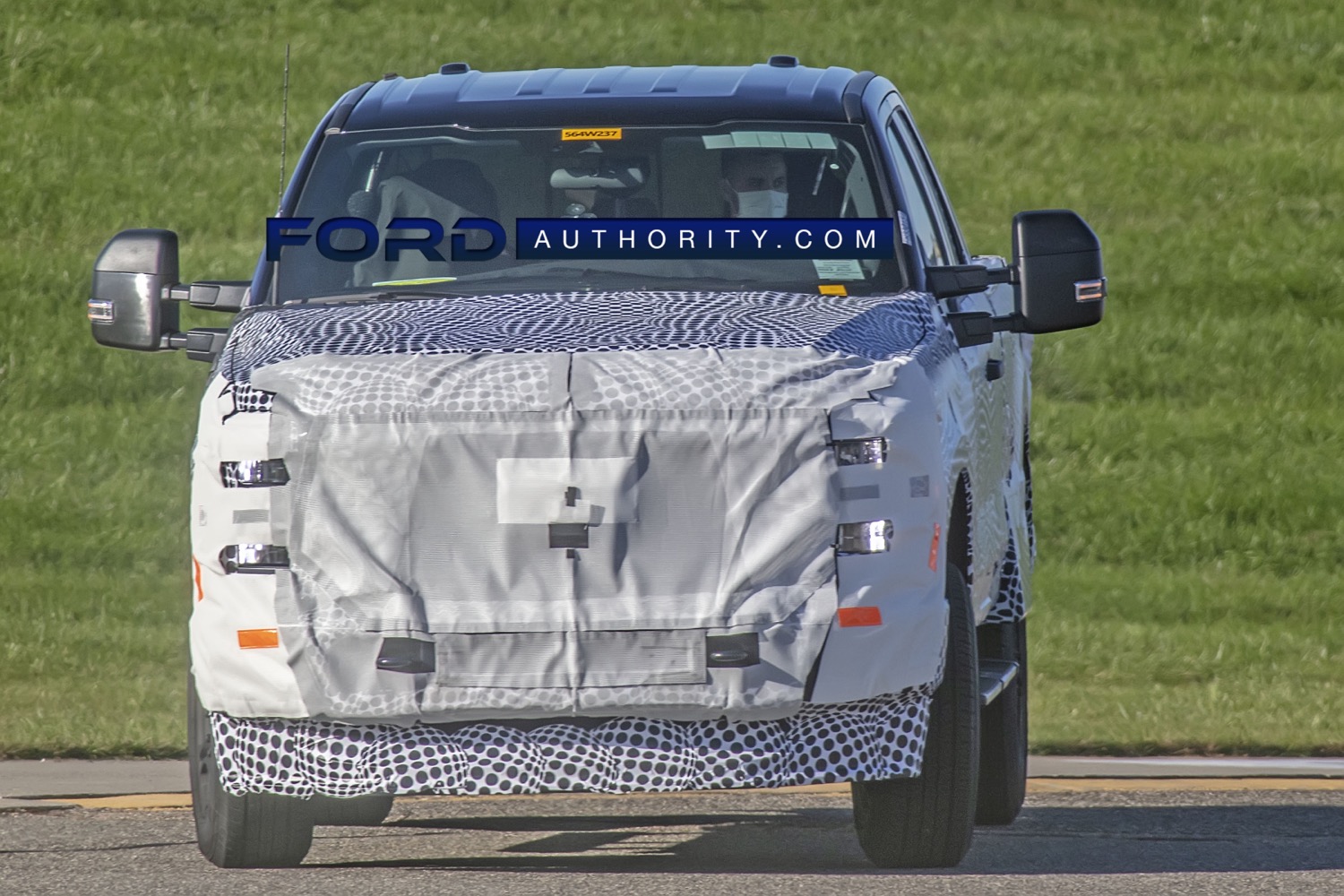 As was the case with the previously-seen prototypes, this 2023 Ford Super Duty SuperCab is covered in heavy camo, which conceals the truck’s forthcoming styling changes. The overall shape of the Super Duty is quite similar to the current-gen model, however, and that includes the presence of the familiar Ford F-Series styling line at the top of the front doors. This prototype sports a standard 6 3/4-foot bed, unlike the earlier prototypes, and is fitted with a different set of black wheels with smaller tires. This prototype does have the same side mirrors as the two dually models, with nearly identical camouflage. Both the front and rear portions of the truck are completely covered, making it hard to discern any obvious styling changes. The 2023 Super Duty redesign comes on the heels of a refresh for the 2020 model year that consisted of revised styling, new tech, and the addition of Ford’s 7.3L Godzilla V8, among other changes. The 2022 Super Duty lineup has also received a host of updates, too. 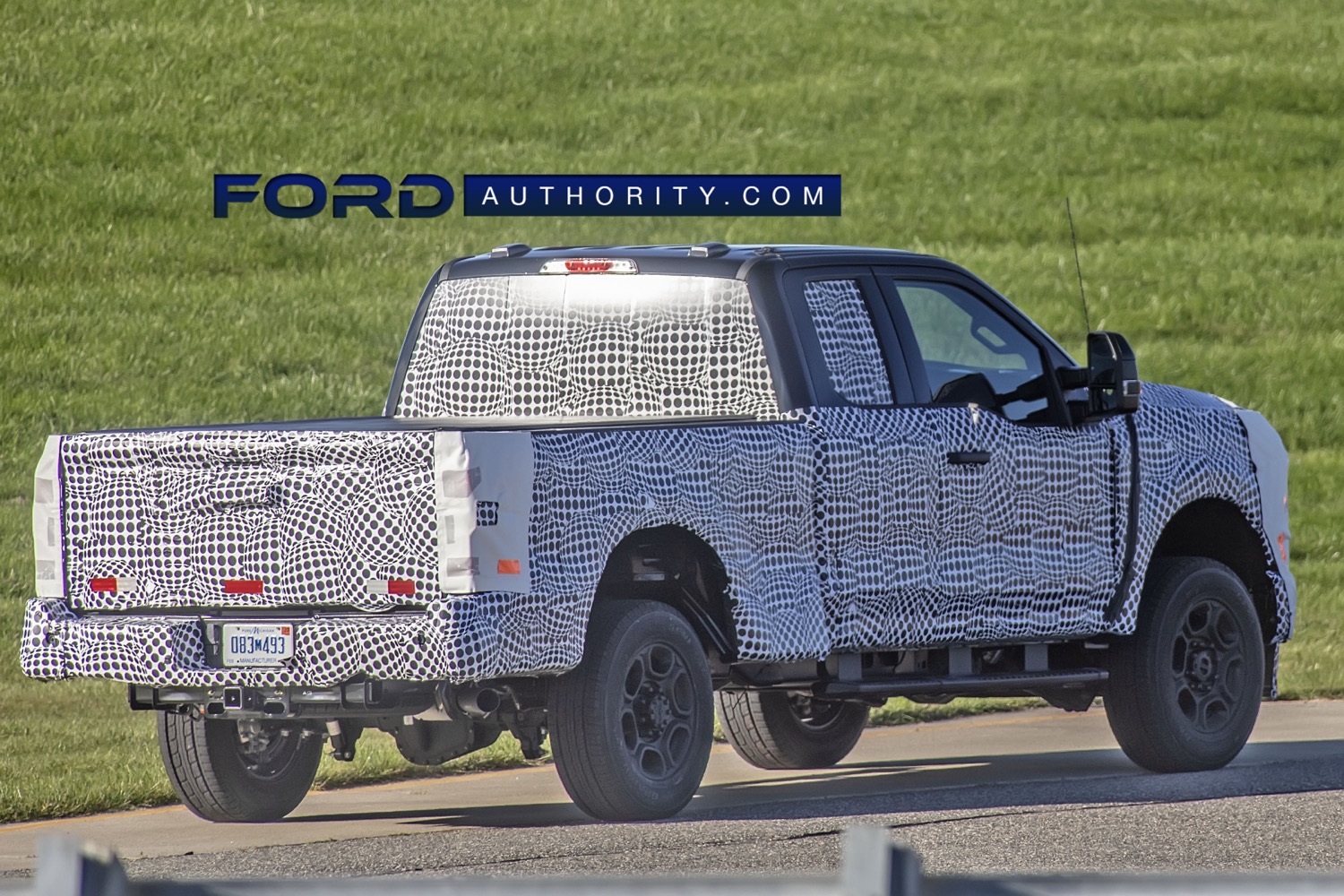 As Ford Authority recently reported, the 2022 Super Duty will lose its underhood service light, and the Tremor Off-Road Package will no longer be available on XLT trimmed trucks. Back in June, Ford Authority spies spotted a pair of Super Duty trucks wearing AV (autonomous vehicle) hardware, used for hands-free driving technology, which could indicate that Ford plans on incorporating its new BlueCruise feature into the Super Duty at some point in the near future.

We’ll have much more on the 2023 Super Duty soon, so be sure and subscribe to Ford Authority for the latest Ford F-Series news, Ford Super Duty news, and ongoing Ford news coverage.