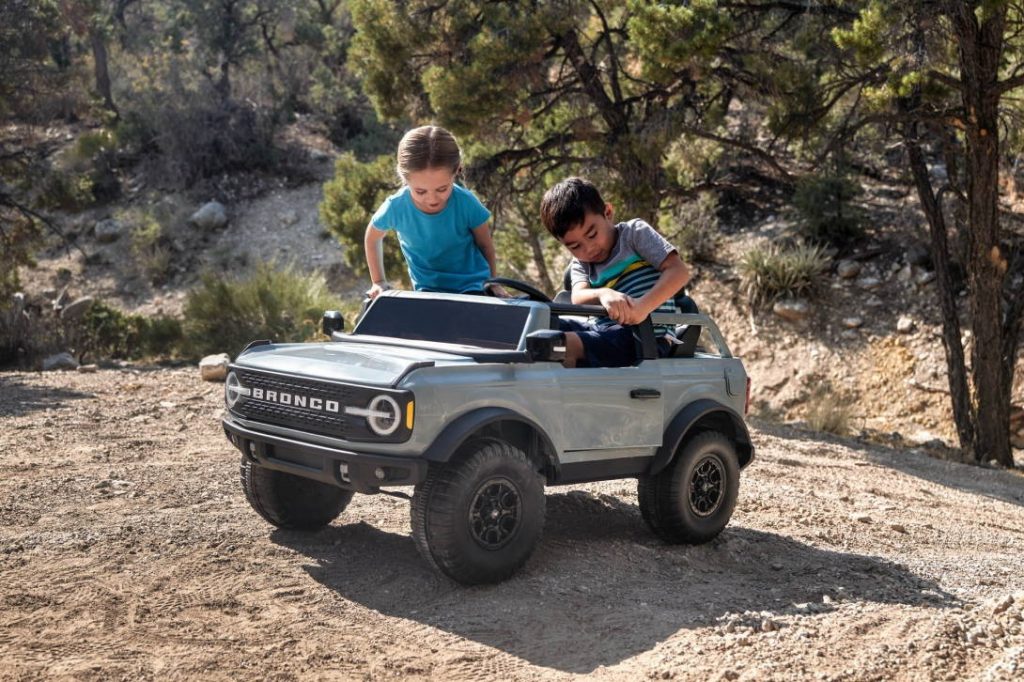 Obtaining a new Ford Bronco isn’t the easiest thing to do these days, as tremendous demand, hardtop supplier challenges, and supply chain issues have all added up to a very long wait. Those that want an all-electric Bronco will have to wait even longer, as that model hasn’t even been officially confirmed as of yet, though Ford CEO Jim Farley recently hinted that it might be in the works. Regardless, there is a way to get an electric Bronco much sooner, because the Ford Bronco by Kid Trax was just revealed. 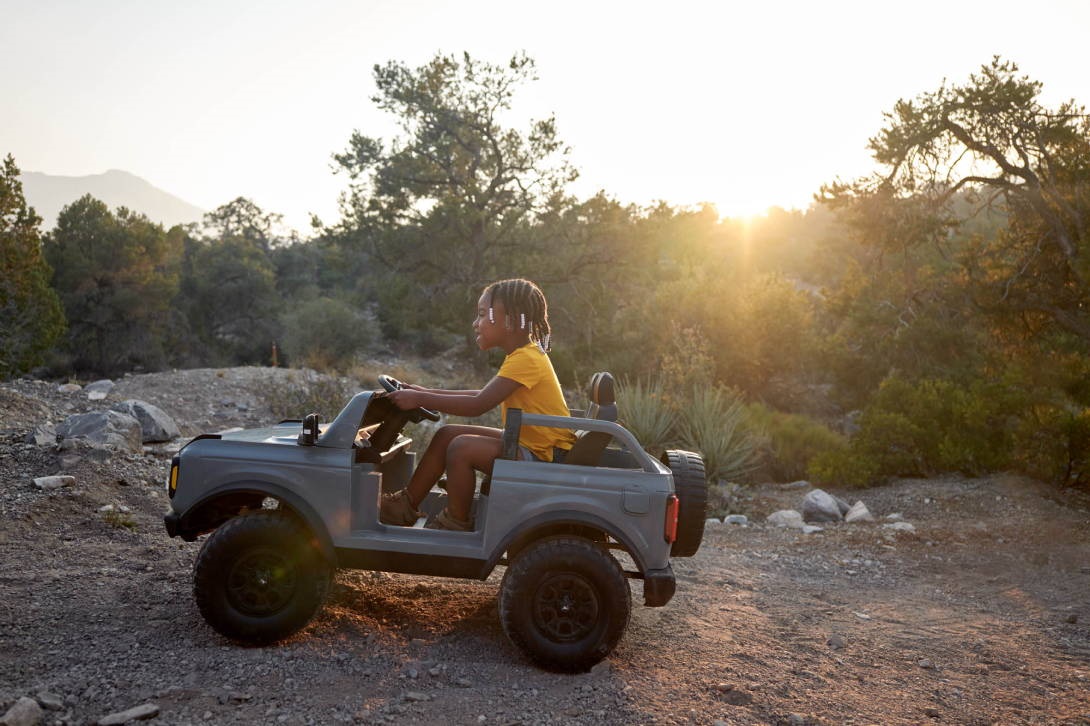 Of course, the Ford Bronco by Kid Trax isn’t a real, full-size SUV – rather, it’s a tiny little toy vehicle designed to haul two little kids around in style. But we suppose that it’s possible we adults could squeeze ourselves in there and pretend we’re driving the real thing, anyway. The Kid Trax Bronco certainly looks like it too, with styling that’s pretty much spot on with the adult-sized version. 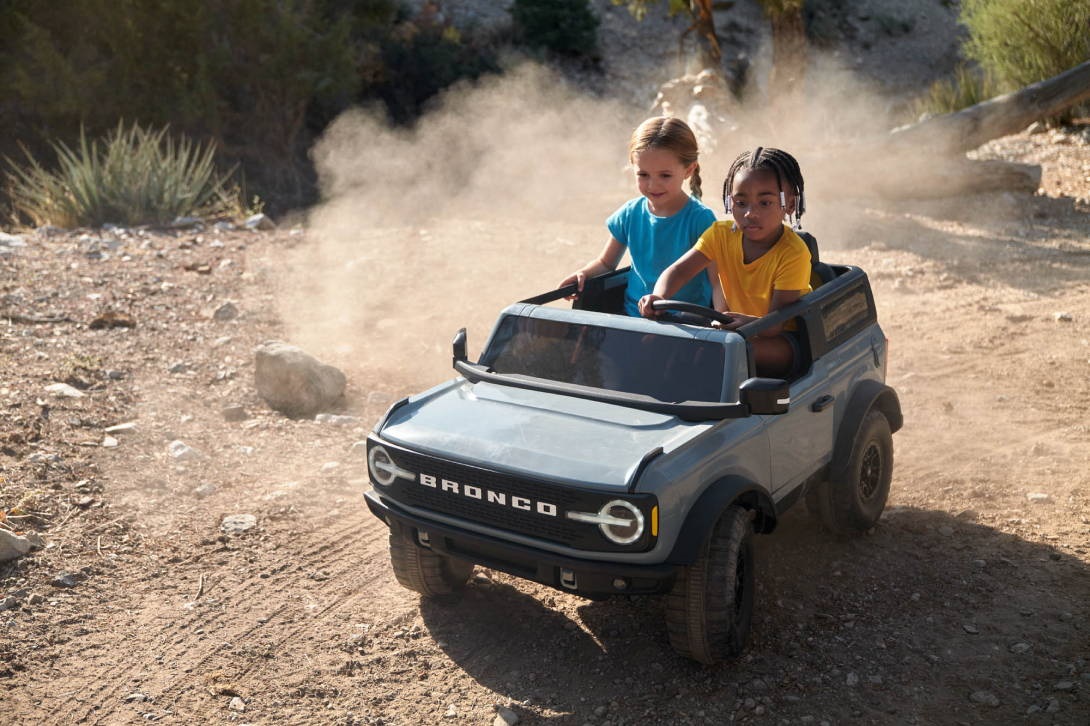 As if that wasn’t cool enough, the Kid Trax Bronco even has a removable “top” and doors, just like the real thing, as well as functional running boards and LED headlights. Inside, the kids can crank out their favorite tunes thanks to a built-in FM radio and audio input that accepts MP3 players, while the Bronco also has a fully functioning horn and even faux engine noises. Other nifty details include side mirrors, sport seats, and a spare Power Trax rubber traction strip tire out back. 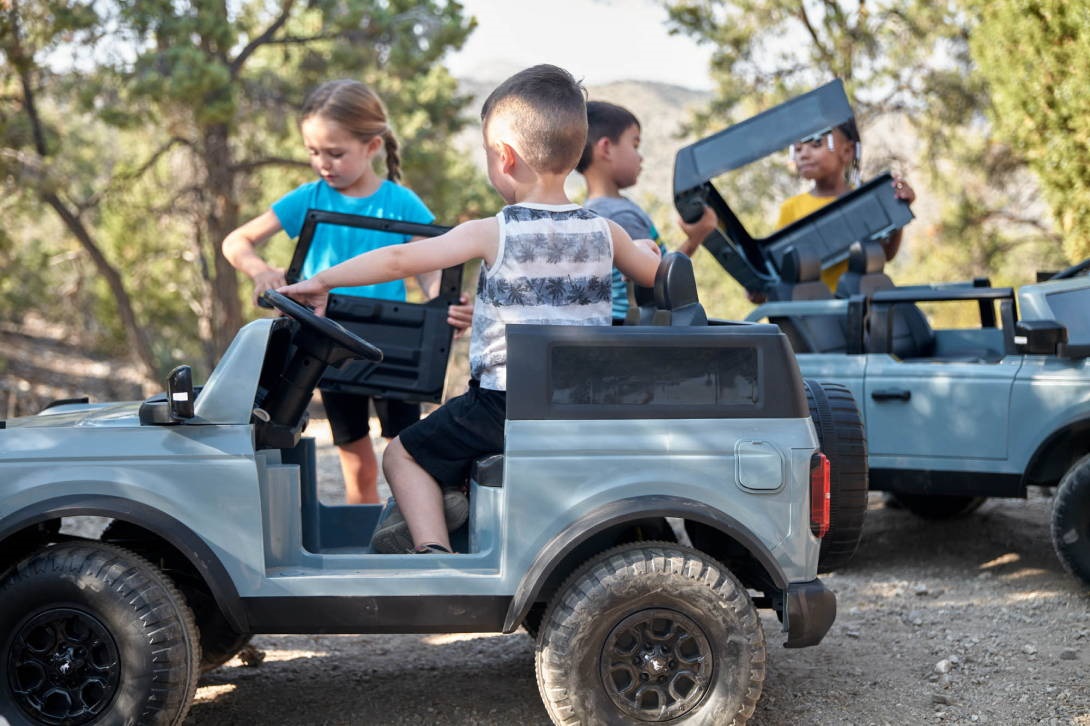 Since the Ford Bronco by Kid Trax is powered by electricity, it also comes equipped with a One Step Direct Connect Charging System and a 12-volt battery. Overall, this toy Bronco would make a fine addition to any Blue Oval fan’s garage, along with the recently-released Traxxas TRX-4 2021 Ford Bronco and, of course, the real thing, when/if interested customers are able to get one. The Kid Trax Bronco will be available exclusively at Target when it launches and has an MSRP of $499.99.

We’ll have much more on the Bronco to share soon, so be sure and subscribe to Ford Authority for more Ford Bronco news and around-the-clock Ford news coverage.