The 2021 Ford Mustang Mach-E has racked up its fair share of awards in recent months, including a pair from Wards Automotive – first, a 10 Best Engines award, followed by 10 Best Interior honors. Now, the Ford Mustang Mach-E can add yet another distinction to its growing trophy case – a 2021 Wards 10 Best UX award, which is handed out to the vehicles that offer up the very best user experience on the market.

For starters, Wards points out that the Mach-E doesn’t have the same sort of spartan cabin that has become a hallmark of modern EVs. Rather, the interior is nicely appointed, with more premium materials, loads of tech features, and even a usable back seat. But it’s both the little things and the big things that impressed judges enough to declare the Mach-E a 2021 Wards 10 Best UX award.

The little things include flashing lights and pony puddle lamps that greet the driver when they approach and enter the vehicle, along with some very cool visuals on the massive 15.5-inch infotainment screen and digital instrument panel. The screens themselves aren’t just for show, however, and combine tons of content with an easy-to-use interface courtesy of Ford’s SYNC 4 software. 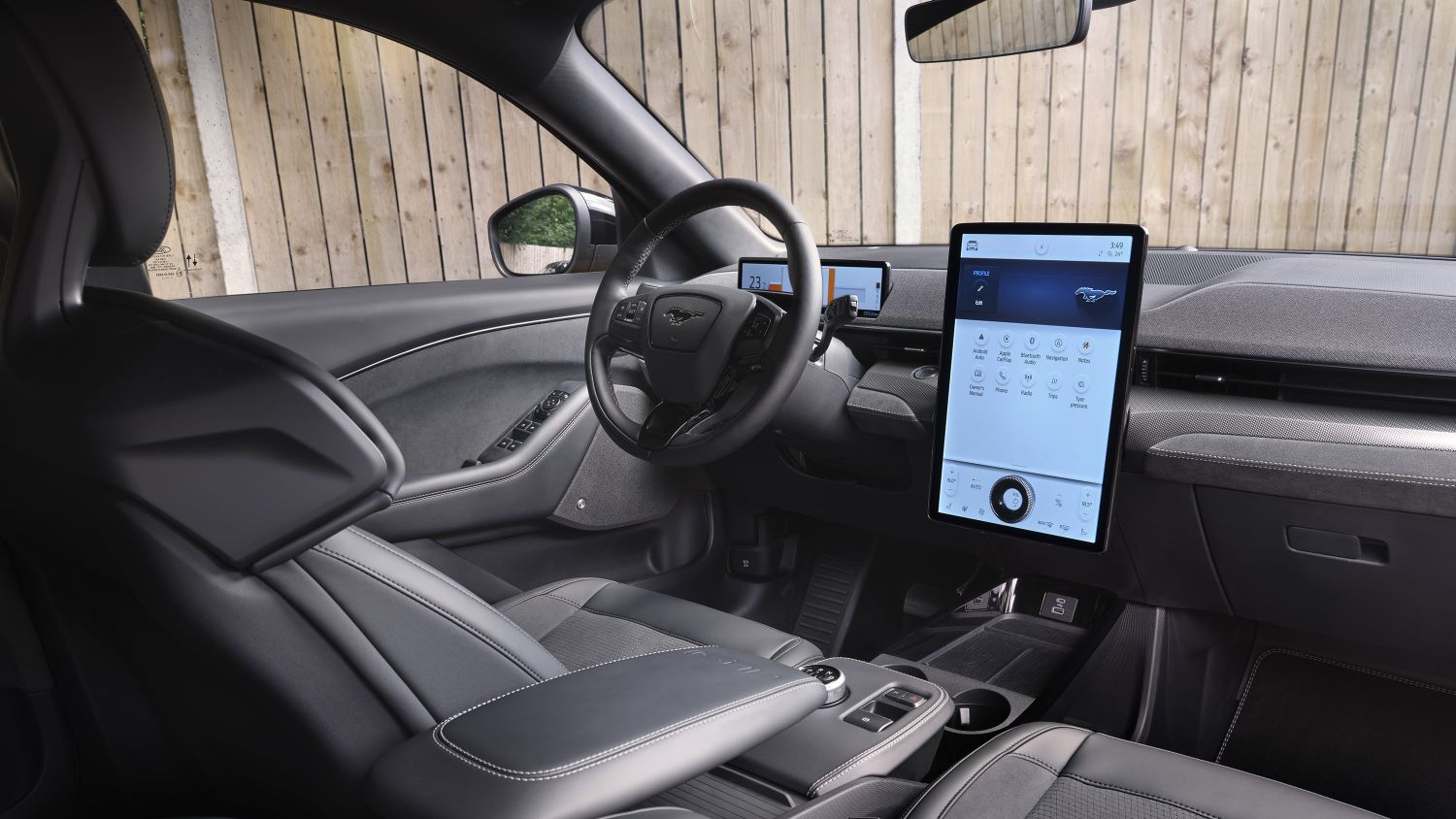 Ambient lighting adorns the cabin and is adjustable to one’s preferences or the drive mode selected, and everything – from the Bluetooth and Wi-Fi connections to the operating system itself, operates at high speed. Other notable features include wireless Apple CarPlay, improved Apple Maps integration, a wireless charger, phone as a key functionality, accurate voice controls, and a sweet-sounding Bang & Olufsen stereo system.