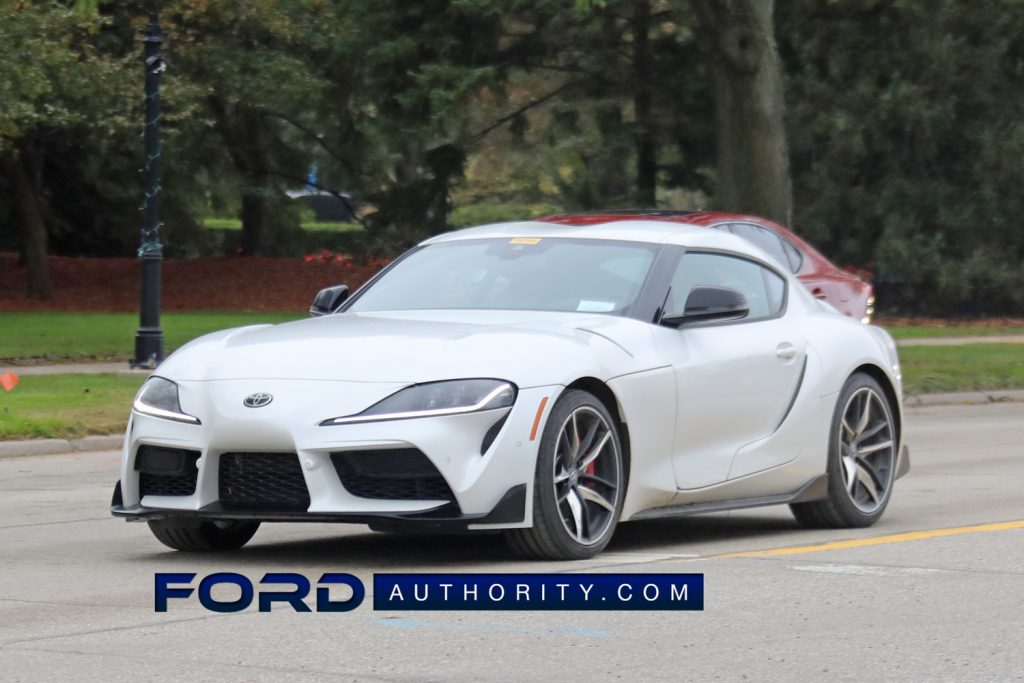 In recent months, Ford Authority spies have spotted Ford benchmarking a number of interesting vehicles near its corporate campus in Dearborn, Michigan, including the C8 Corvette Stingray and Dodge Charger SRT Hellcat. This is a common practice in the automotive world, as automakers need to keep tabs on what the competition is doing, which helps each develop more competitive products. The latest in this long line of benchmark vehicles – which wears a telltale yellow sticker on the front window – is a Toyota Supra, one of the many rivals of FoMoCo’s legendary pony car, the Ford Mustang. 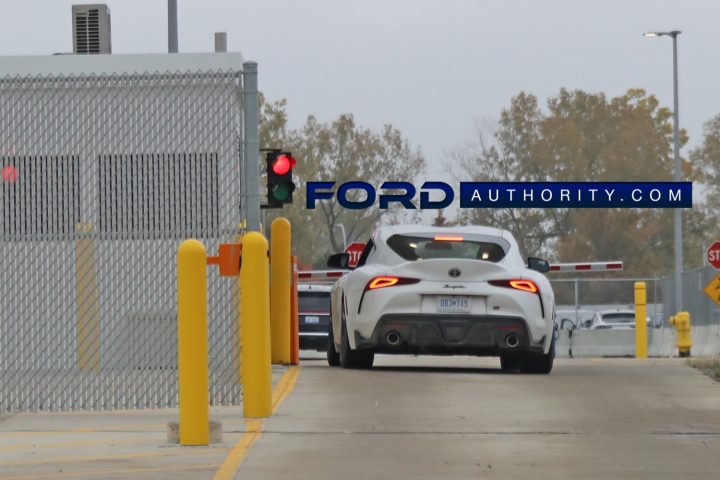 After 20 years of absence, the Toyota Supra returned for the 2020 model year in a familiar form – as a sporty, two-door coupe, this time equipped with a turbocharged 3.0L inline six-cylinder engine producing 382 horsepower and 368 pound-feet of torque, albeit only with an eight-speed automatic transmission and BMW underpinnings, for a starting MSRP of $51,090. A lesser 2.0L turbo-four variant is available for $43,090 that produces 255 horsepower and 295 pound-feet of torque. This particular example was spotted entering the Dearborn proving grounds. 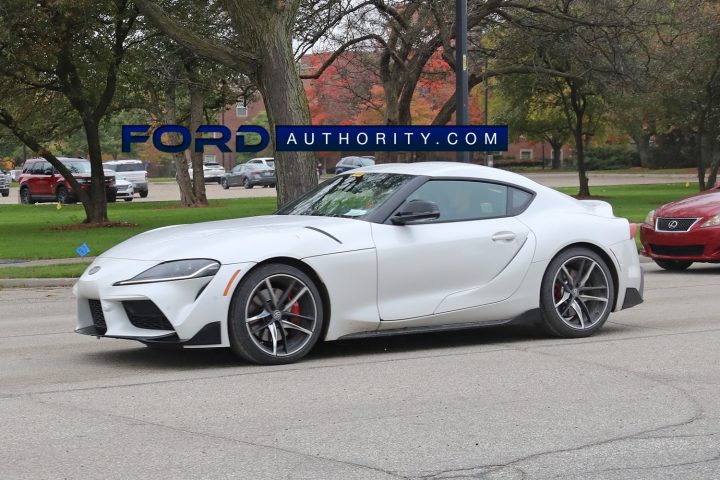 Either way, that’s a bit more expensive than the 2021 Ford Mustang, which starts out at $27,205 for the Ford 2.3L EcoBoost I-4 version that offers up 310 horsepower and 350 pound-feet of torque. Step up to the GT and its Ford 5.0L Coyote V8 – which makes 460 horsepower and 420 pound-feet of torque (a bit less for the 2022 model year, as Ford Authority exclusively reported earlier this month), and it still only starts out at a very reasonable $36,285 (all pricing is minus destination and delivery charges). 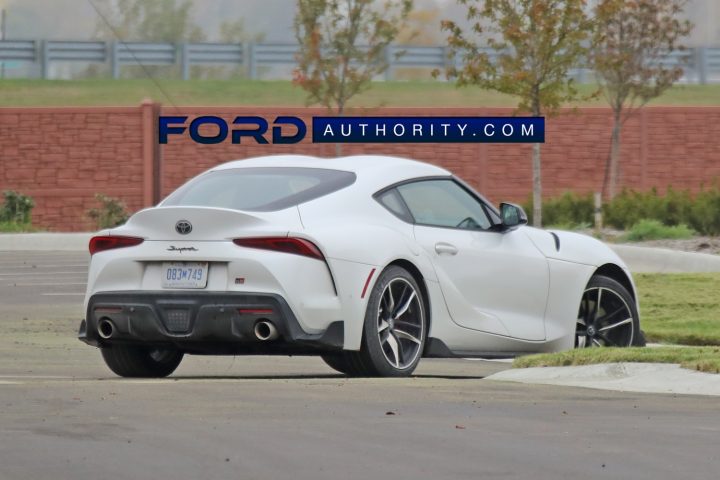 In terms of sales, the Musang ranked second only to the Dodge Challenger in the third quarter of 2021, while the Toyota Supra came in fifth. Volume-wise, the Mustang outsells the Supra handily, as Ford has moved 41,065 units year-to-date – in spite of numerous production issues – while Toyota has sold just 5,825 Supras. 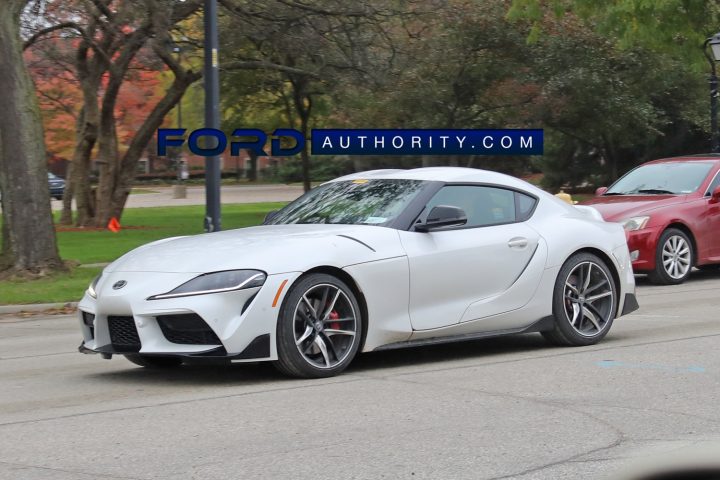 Regardless, with the next-generation S650 Ford Mustang on the way for the 2023 model year – which could potentially introduce two hybrid powertrain options to the pony car – it’s certainly worth taking a closer look at all of the Mustang’s competition.