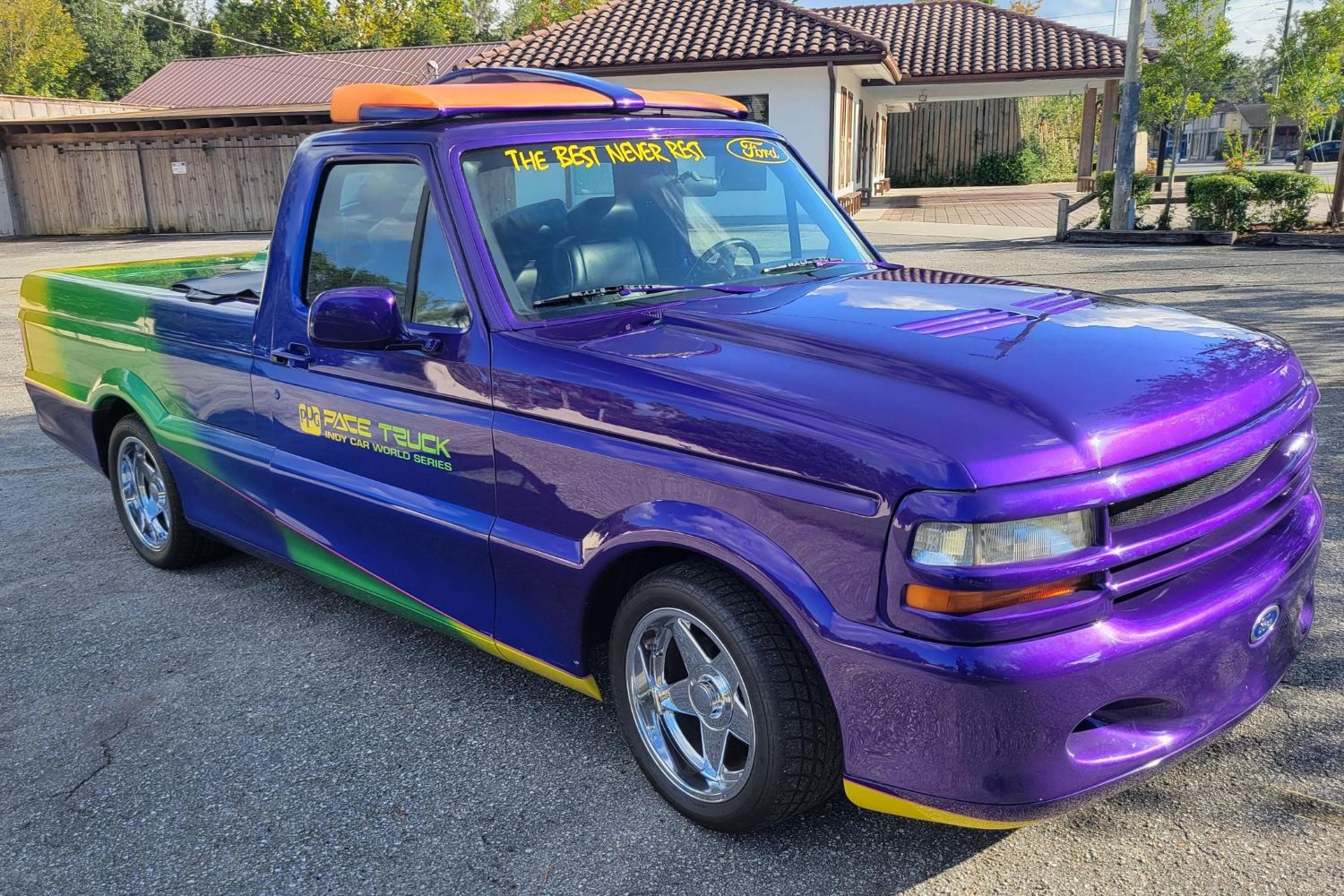 The 1990s were a magical decade for fans of sport trucks, a time when the original Ford F-150 Lightning helped define the at-the-time burgeoning trend. Today, most have moved on to off-road-focused four-wheel-drive pickups like the F-150 Raptor, but some still have a soft spot for the low-slung, performance-focused street truck. Those folks will also undoubtedly remember this 1991 Ford F-150 PPG Indy Car Pace Truck that’s currently up for grabs at Cars & Bids. 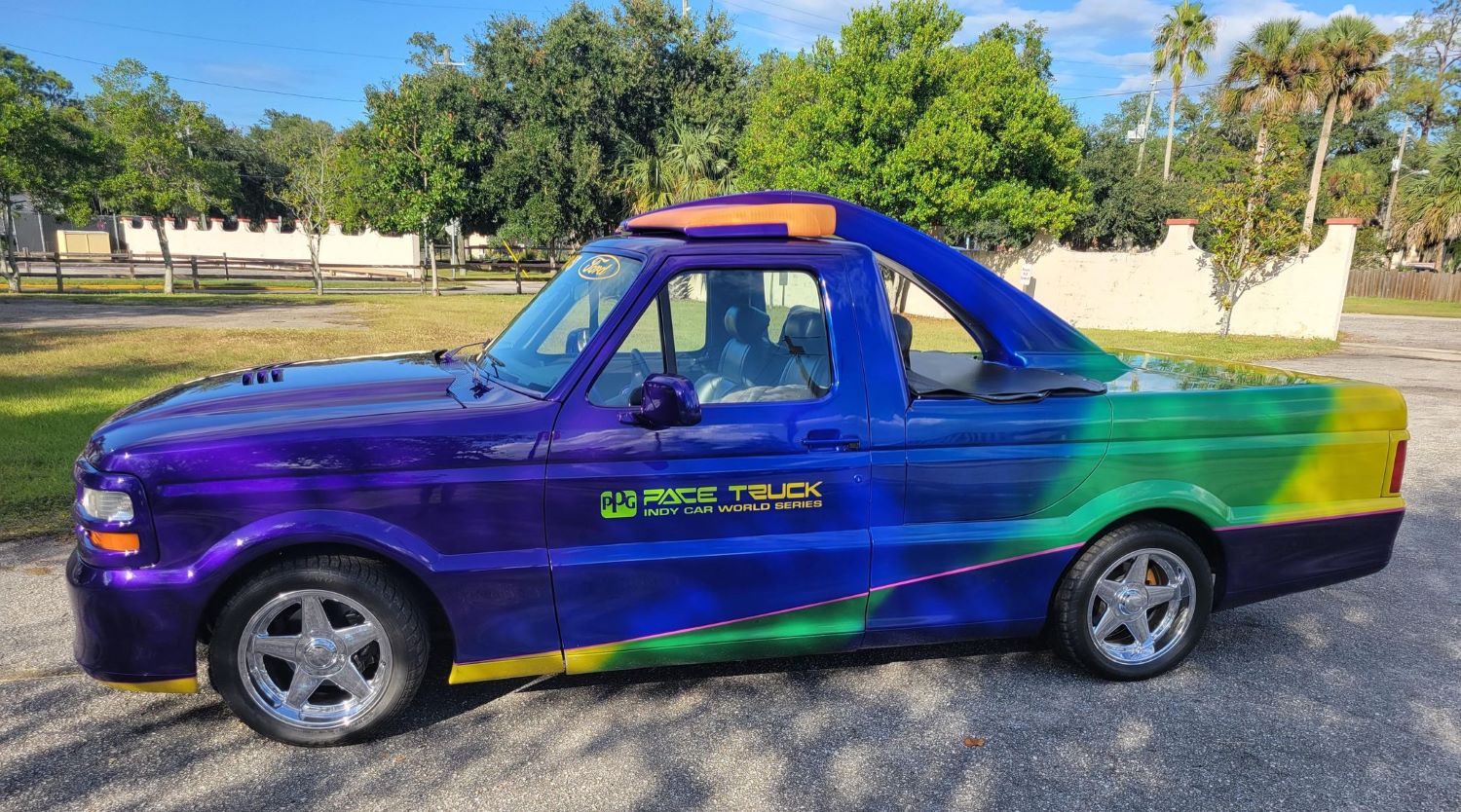 Dubbed the “Sport Boss,” this 1991 Ford F-150 PPG Indy Pace Truck is a famous one-off vehicle created by Roush and McLaren Performance Technologies. It was actually used in the PPG IndyCar World Series from 1991-1994, at that time wearing a livery that consisted of purple, white, and red hues, but was later repainted in the scheme seen in these photos. 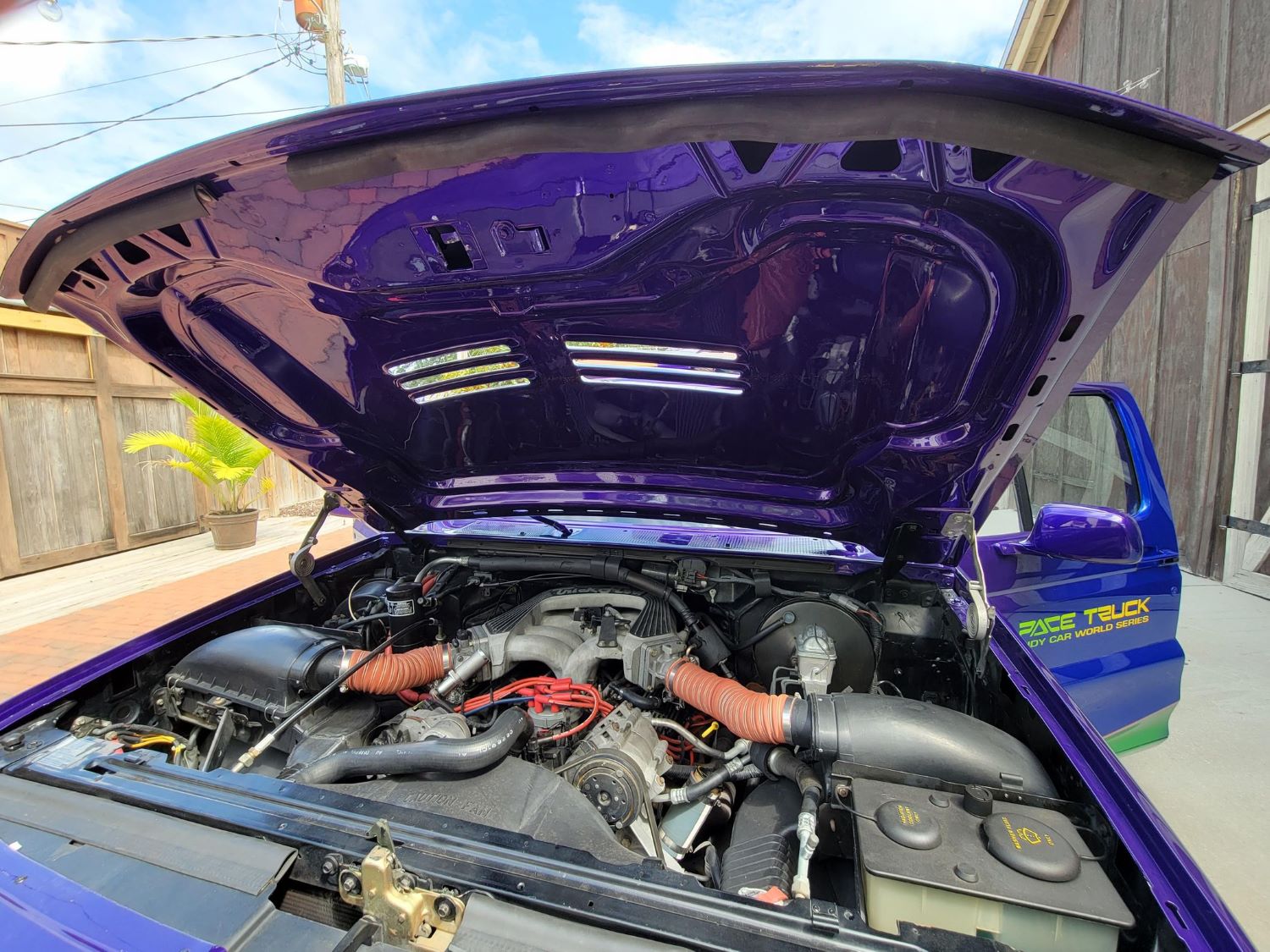 As one can quickly tell, this is no ordinary F-150, and it has been treated to a laundry list of modifications outside, inside, and under the hood. That includes a comprehensive custom body kit, custom doors, an integrated roll bar, headlight and taillight covers, custom paint, 17-inch AZE wheels, roof lights, and a rear bed partition with rear-facing seats. 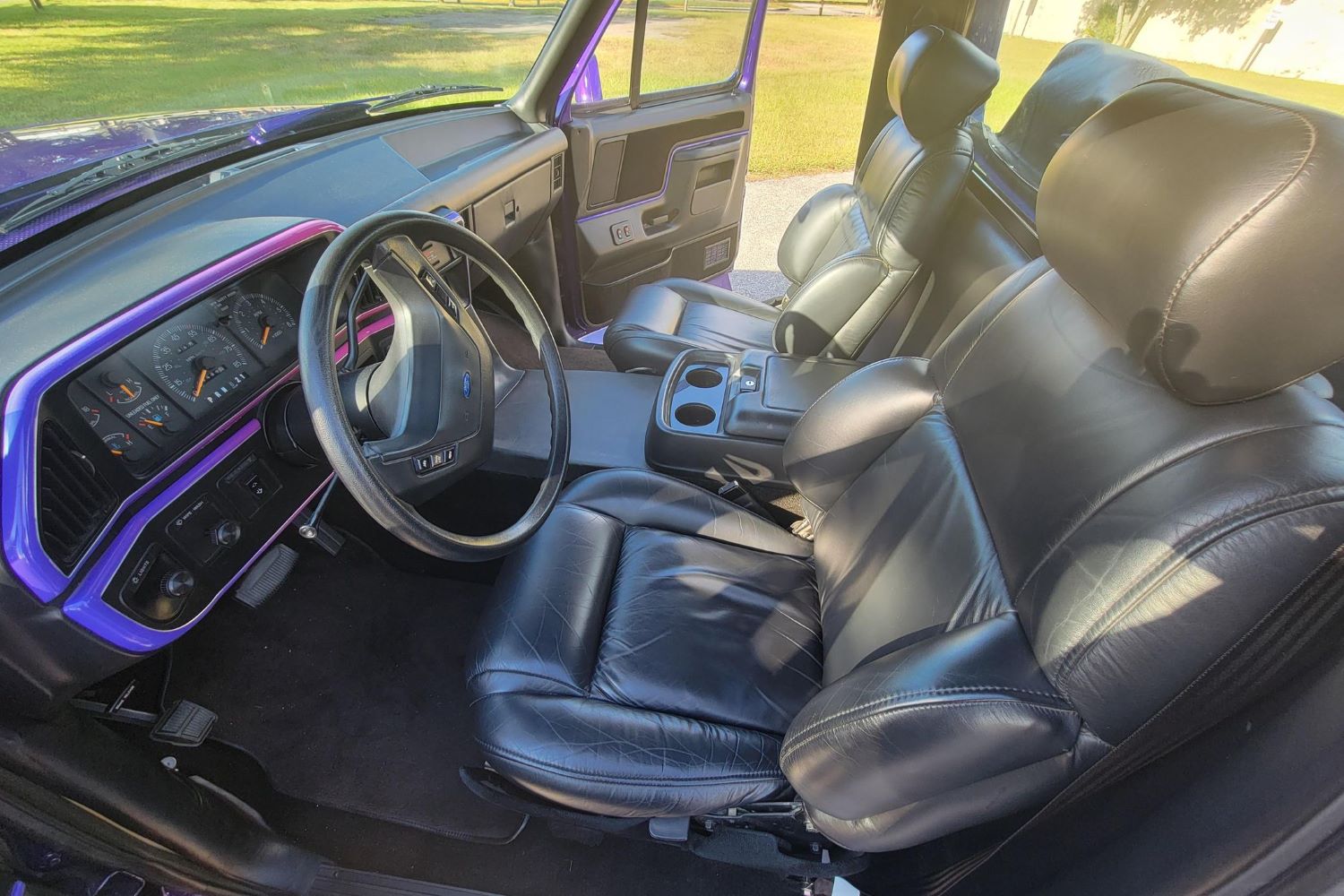 Inside, the Sport Boss features a pair of Ford Taurus SHO bucket seats, black leather upholstery with purple accents, a full-length center console, an overhead console, and a Midland UHF radio. What’s particularly notable, however, is what lies under the hood – a Roush-modified 5.0L V8 that produces over 500 horsepower, which it sends to the rear wheels via a four-speed automatic transmission. 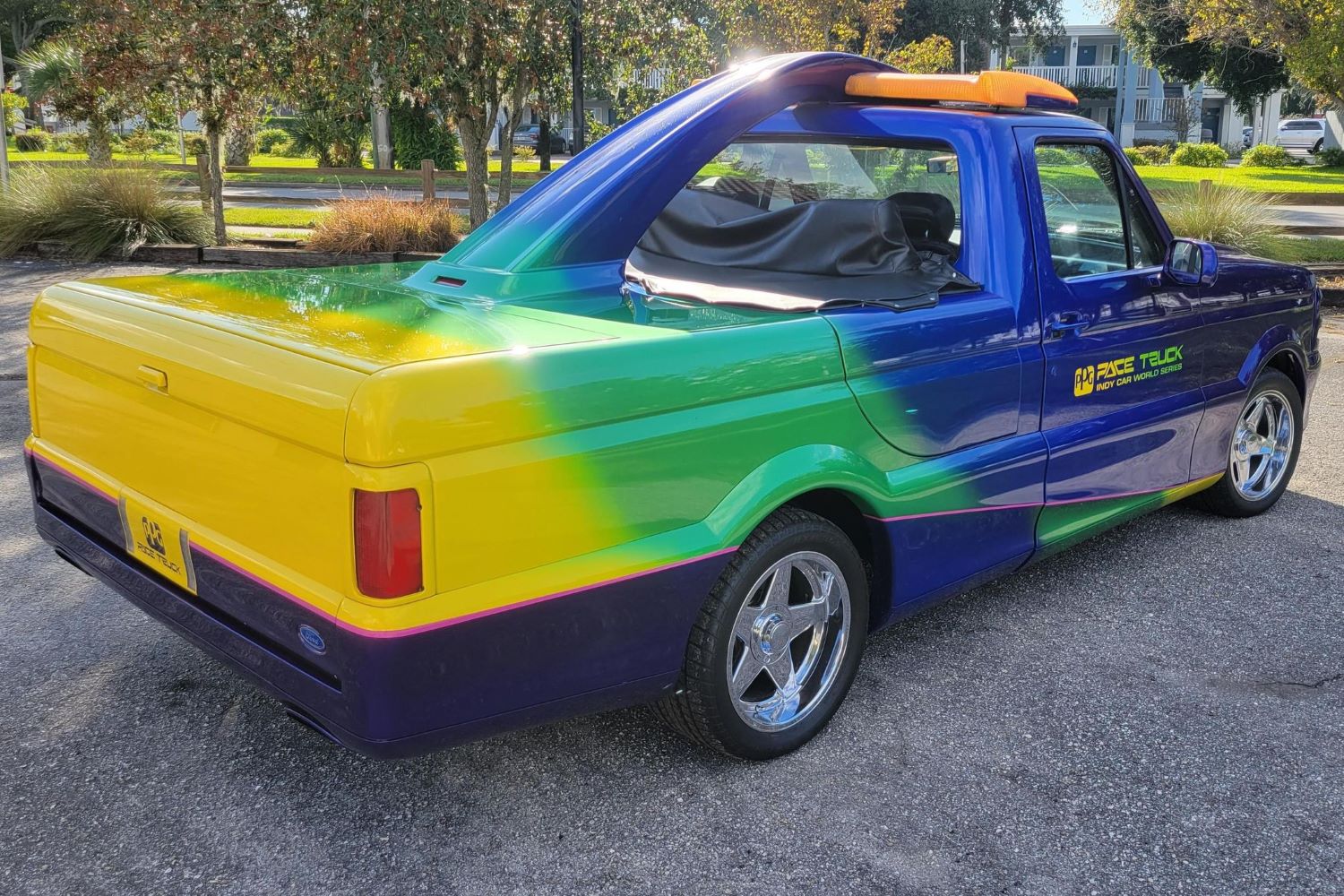 The Sport Boss is a cool piece of Blue Oval history that most fans around in the 1990s undoubtedly remember, and it’ll be interesting to see what it ultimately sells for when the hammer falls.

We’ll have more cool auction finds like this to share soon, so be sure and subscribe to Ford Authority for the latest Ford F-Series news, Ford F-150 news, and ongoing Ford news coverage.