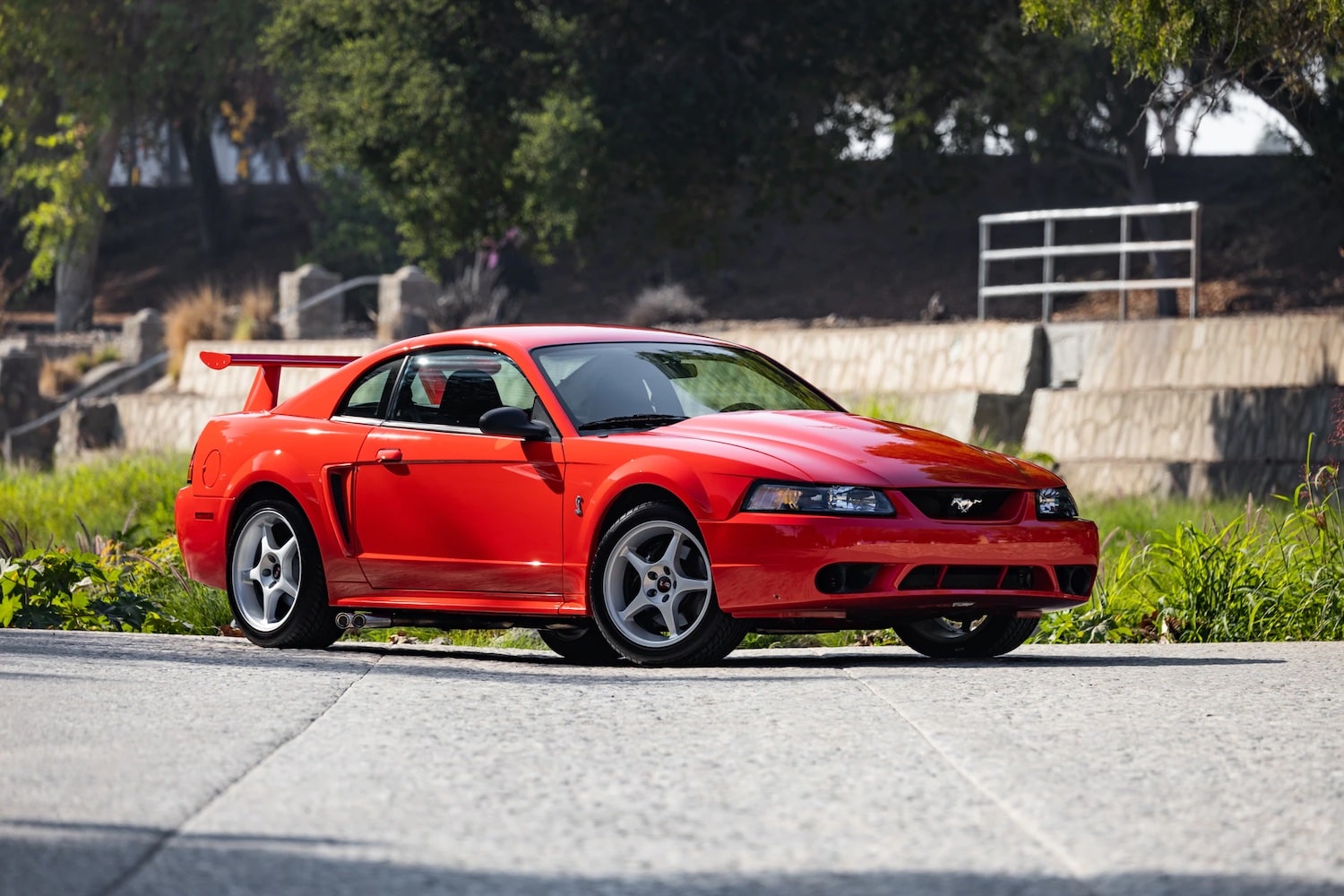 Generally, Ford Mustang examples that rack up the most money at auction are vintage versions of FoMoCo’s legendary pony car. This includes the original Mach 1 or early Shelbys, along with the Boss 302 and Boss 429. But there are a few modern pony cars that routinely sell for solid money following a flurry of bids, and that includes the 2000 Ford Mustang Cobra R. That figures to include this low-mile example that’s currently up for grabs at Collecting Cars, too. 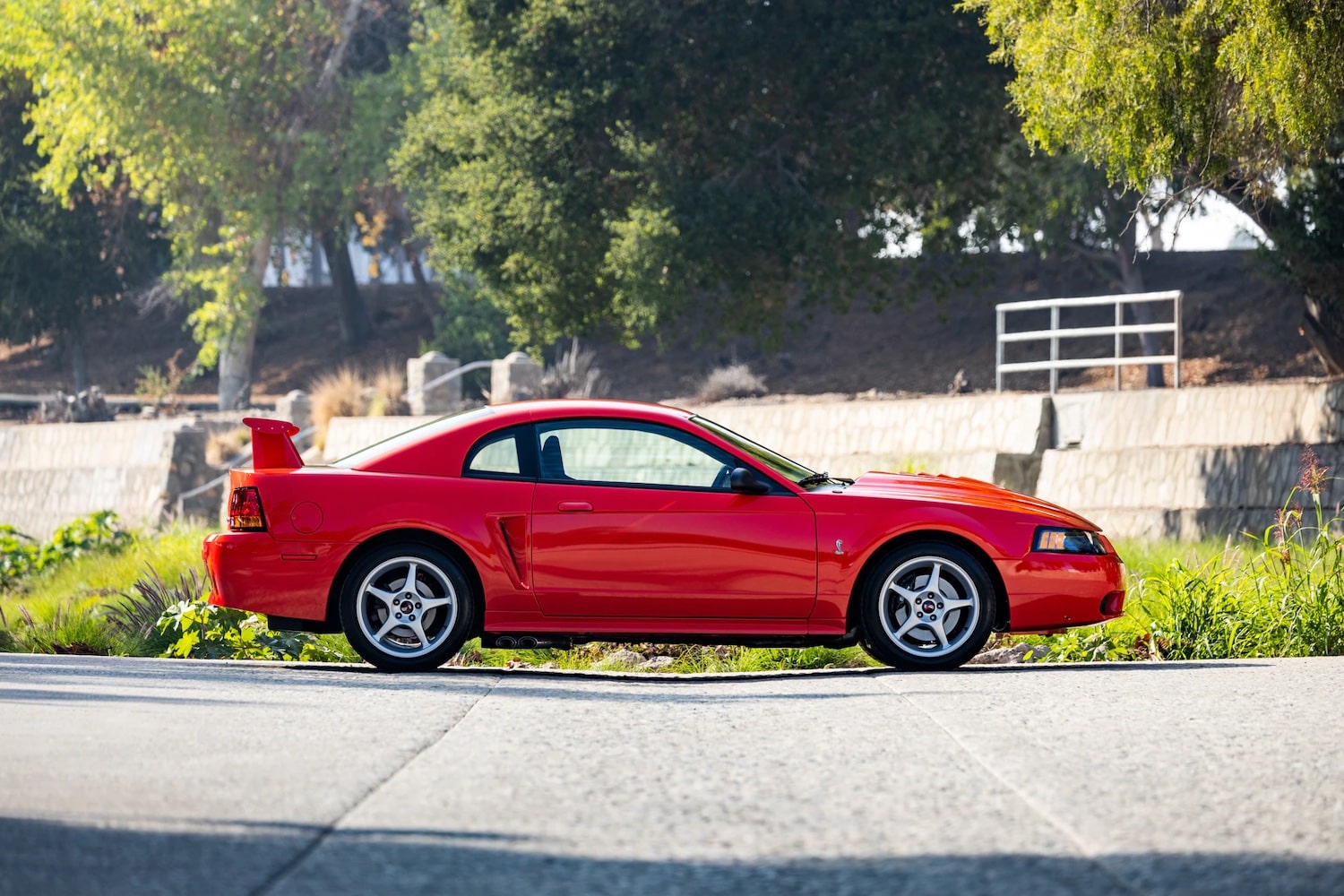 With just 1,905 miles on the clock, one would be hard-pressed to find a 2000 Ford Mustang Cobra R in nicer condition, that’s for sure. It’s completely original and unmodified, which is common with these cars, even though they were designed specifically for track use. It’s also quite rare, as Ford only produce 300 examples – each finished in Performance Red – all of which were quickly snatched up by collectors and budding racers. 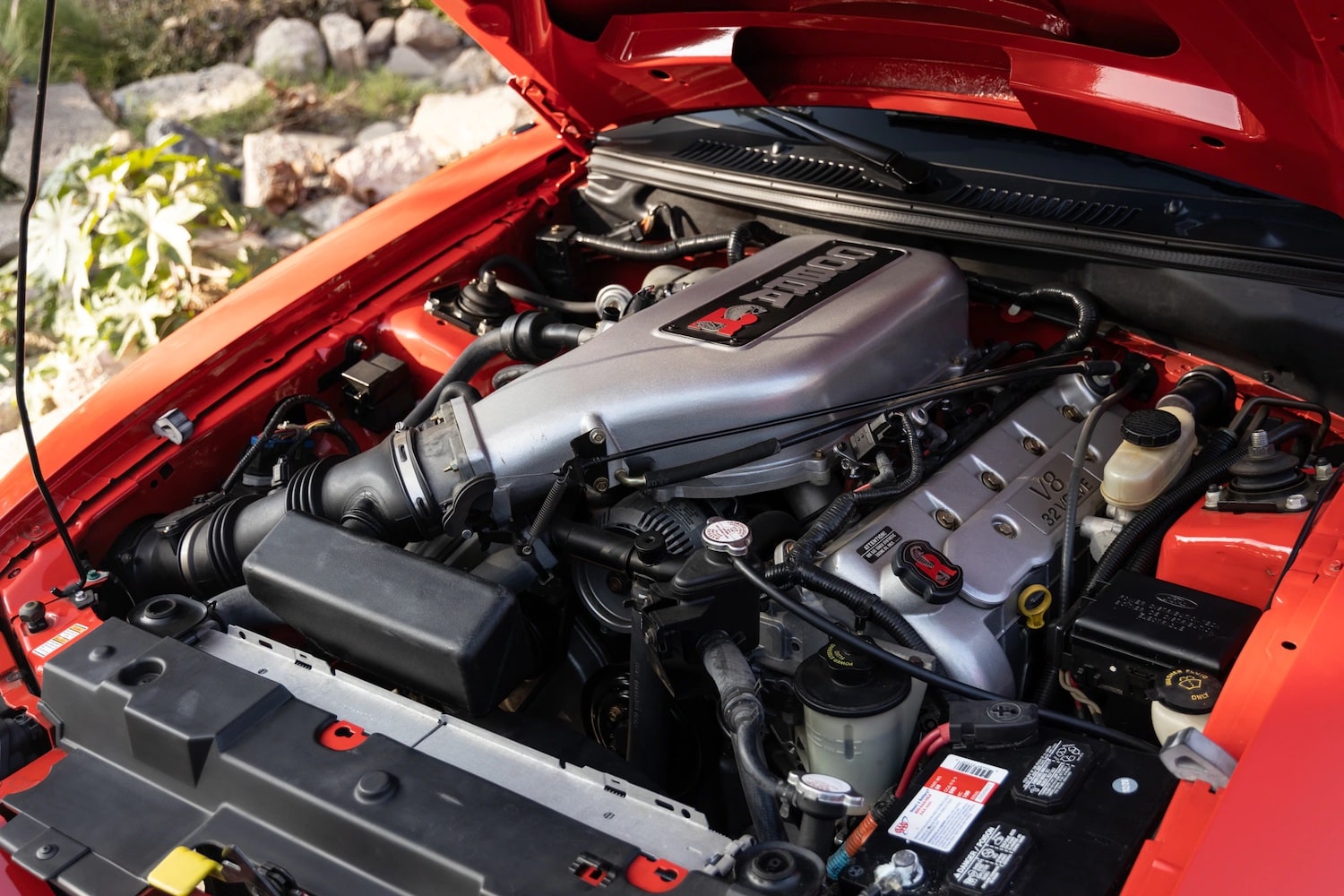 The Cobra R came equipped with Ford’s naturally-aspirated 5.4L Triton V8 that produced a healthy 385 horsepower and 385 pound-feet of torque, which was enough to make it the fastest factory Mustang ever produced, at the time. The Cobra R was capable of doing 0-60 in 4.7 seconds, the quarter-mile in 13.2 clicks, and it topped out at 170 miles-per-hour. A set of 13-inch Brembo front brakes with four-piston calipers also helped it stop from 60 miles-per-hour in 127 feet. 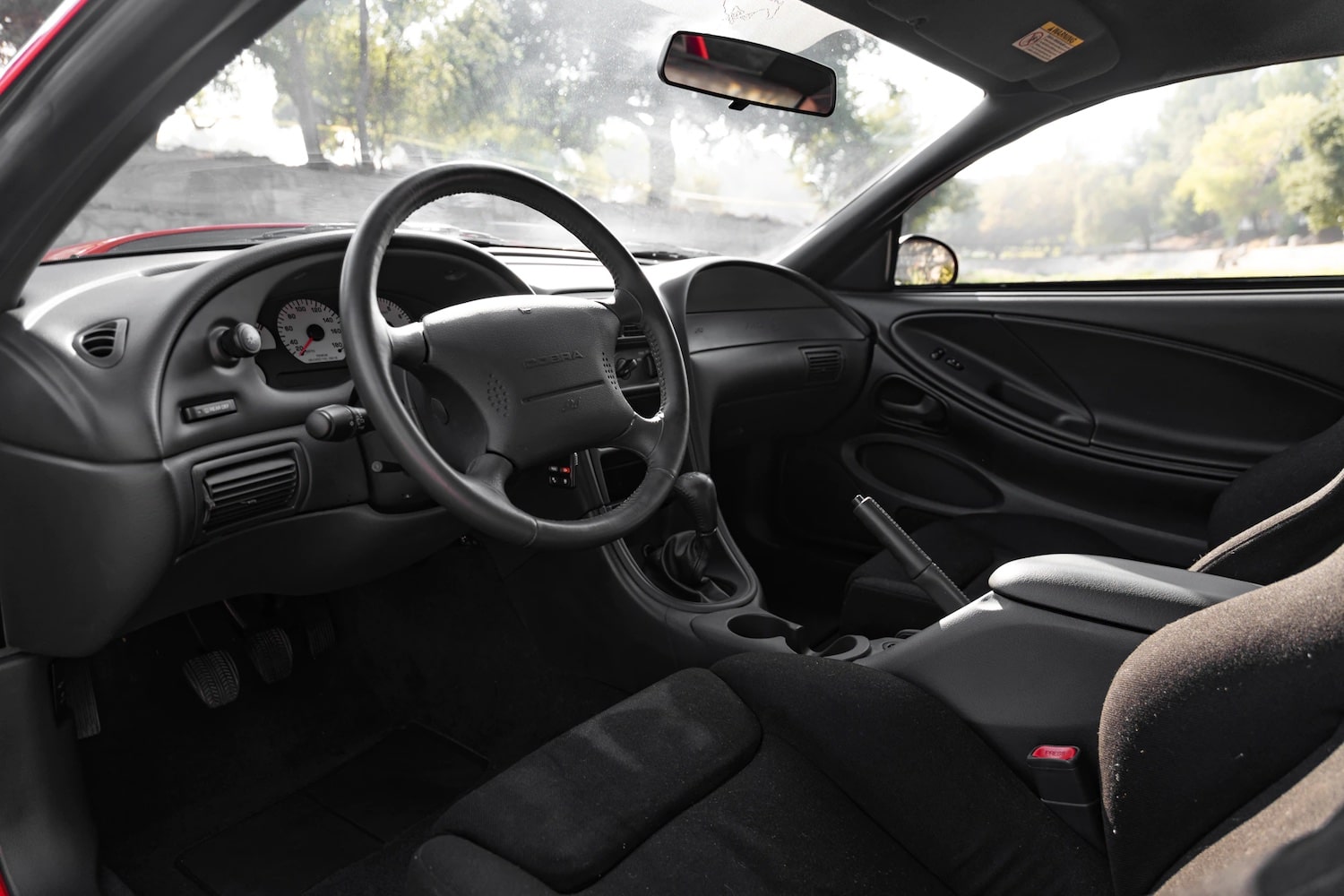 Suspension modifications included Bilstein shocks and Eibach springs, while the Cobra R is easily differentiated from a normal Mustang thanks to its unique 18-inch alloy wheels, large rear wing, side-exit dual exhaust, and front splitter, though the latter piece is missing from this particular example. Like all hardcore “R” vehicles, the Cobra R was packed with performance upgrades, but it also lacks everything that isn’t needed to go fast, such as a radio, air conditioning, cruise control, and rear seats. 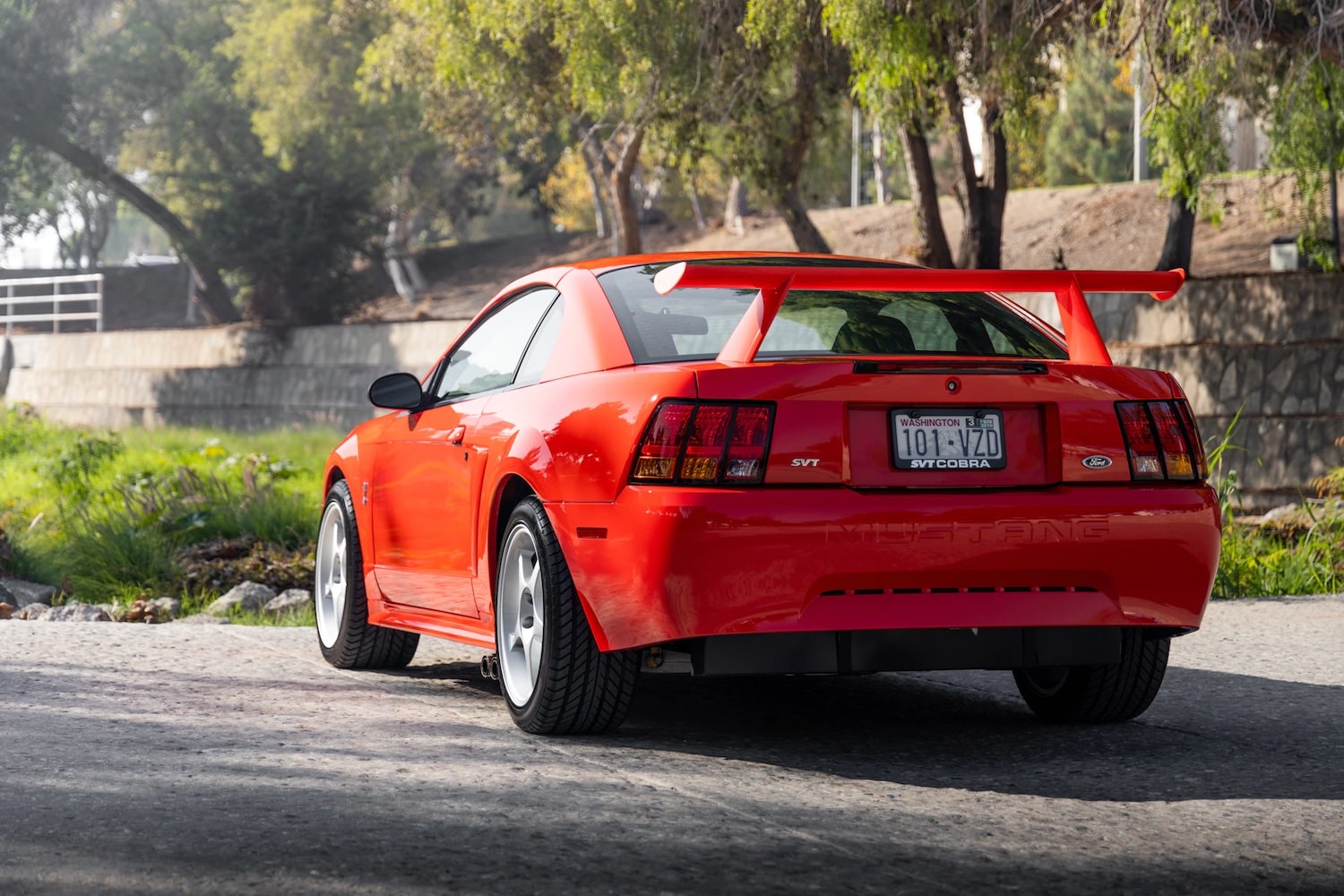 In essentially flawless condition with barely any miles on the clock, this stellar 2000 Mustang Cobra R should hammer for a pretty solid amount of money, though it currently sits just north of a reasonable $25k as of this writing.