The 2021 Ford Bronco Sport has proven to be a hit among consumers from the day it launched, routinely spending little time on dealer lots. The semiconductor chip shortage hasn’t helped matters, as Ford has paused production of the rugged crossover a few times over the last several months. Regardless, as the automaker pointed out in its October sales report, the 2021 Ford Bronco Sport remains a hot commodity.

Last month, the Bronco Sport was still turning on dealer lots in an average of nine days, an impressive number that proves buyers are still flocking to the relatively new model, as well as the 2021 Ford Mustang Mach-E at just 12 days to turn. The Bronco Sport has proven to be a compelling option for owners of other brands, as the majority of buyers have come from other automakers so far, and more Bronco Sport buyers are defecting from Jeep than any other brand.

Much of this can be attributed to the Bronco Sport’s impressive off-road capability and on-road manners, which were enough to help it beat out the Toyota RAV4 TRD Off-Road, Subaru Outback Wilderness, and even the Jeep Wrangler – a vehicle that the regular Ford Bronco was designed to do battle with – in a recent comparison test. 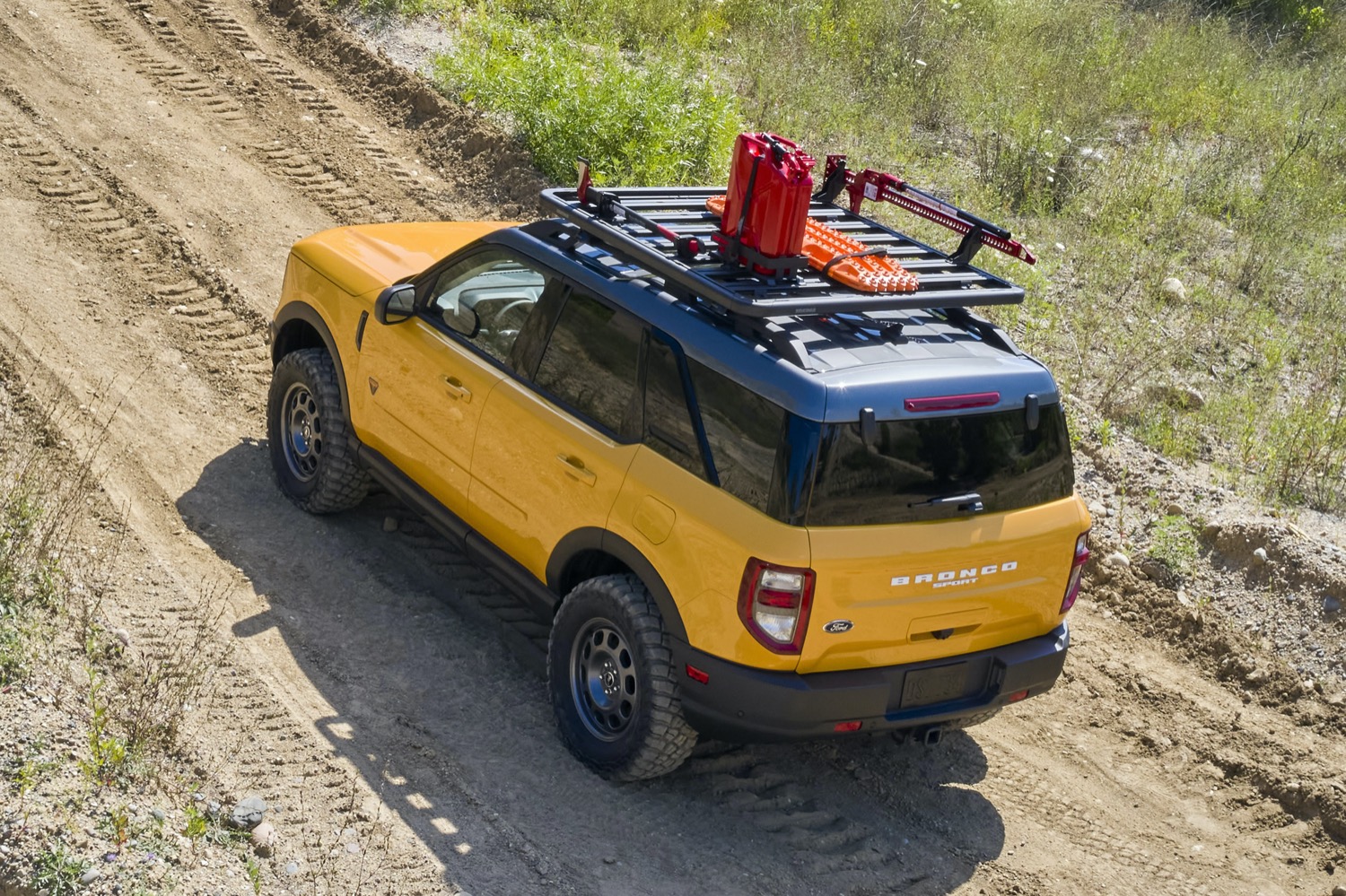 In the meantime, the Bronco Sport continues to rack up awards and accolades, including a recent top ranking in the small SUV segment of J.D. Power’s 2021 APEAL Study, beating out the Mini Countryman and Chevrolet Trailblazer. Additionally, the crossover has already garnered considerable support from the aftermarket, as we’ve seen from a number of aftermarket parts and complete builds present at this year’s SEMA Show, including a new performance tuner, a rugged off-road build, and a more stylish, street-focused custom.