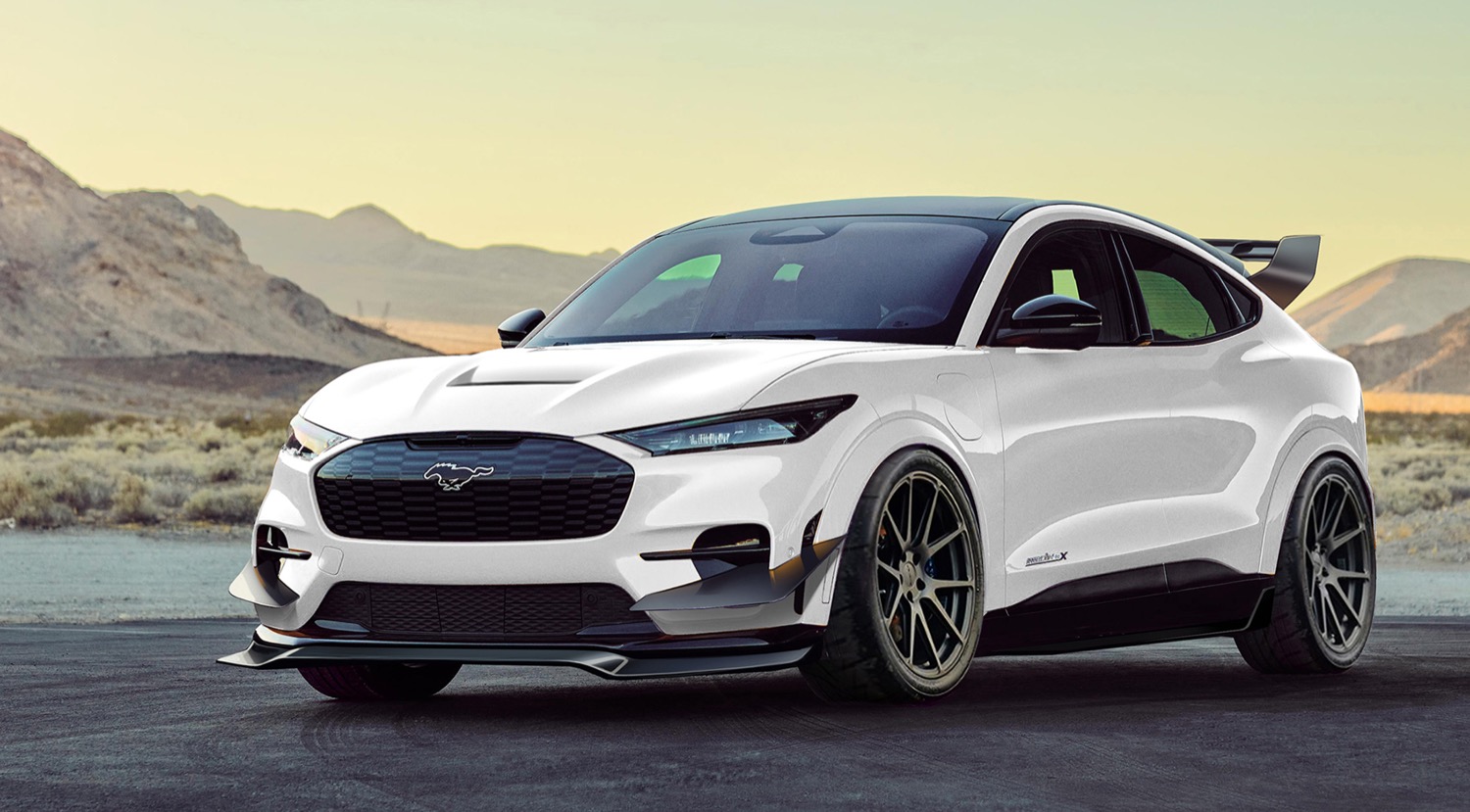 The 2021 SEMA Show kicks off this week, and Ford has a plethora of custom vehicles and cool new parts and accessories in Las Vegas to show off. That includes a number of Ford F-150 builds like the Hellwig F-150 PowerBoost Hybrid, as well as more than one custom Ford Maverick, Ford Ranger, and Ford Super Duty build from different aftermarket companies. Now, we have a SEMA 2021 Ford Mustang Mach-E GT to share – this cool custom, which was designed and built by the Austin Hatcher Foundation. 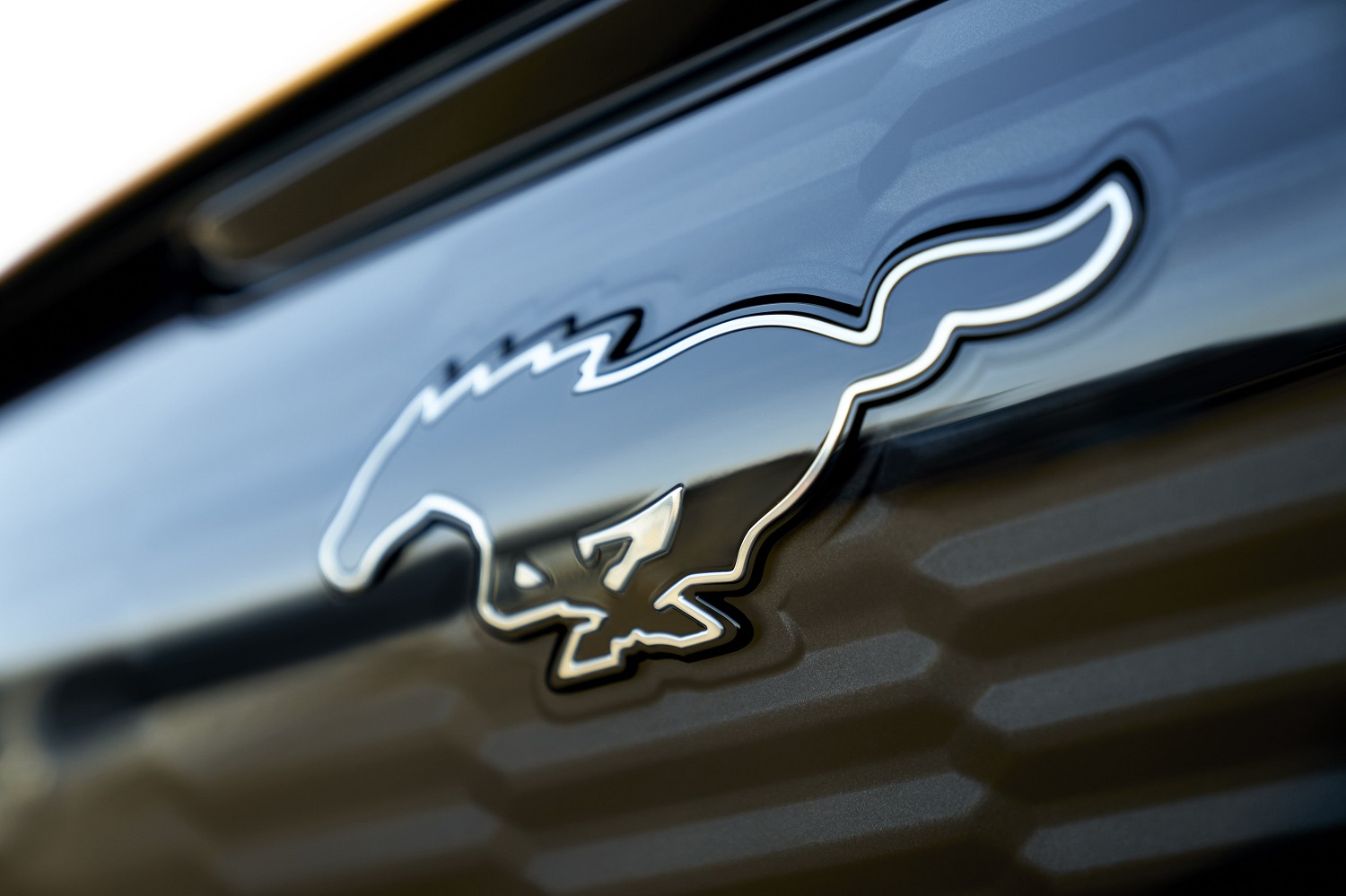 The purpose of this special 2021 Ford Mustang Mach-E GT isn’t just to show off some cool new parts or the fact that the EV crossover is ripe for mods – rather, it’s to help families battling pediatric cancer through occupational and diversion therapy programs.

The Austin Hatcher Foundation’s Mach-E has been treated to a host of exterior modifications, including a black vinyl roof wrap, a rear wing from Archetype Racing, a custom carbon fiber front splitter, and 20-inch Rotiform Wheels R-159 OZR wheels. A set of Brembo brakes slows the EV down in a hurry, while an adjustable Motion Control Suspension helps out in the handling department. Inside, the special Mach-E has been fitted with Ford Performance Parts GTP seats, an infrared rearview dashcam, and a DC Safety charge cord bag from Ford Licensed Accessories. 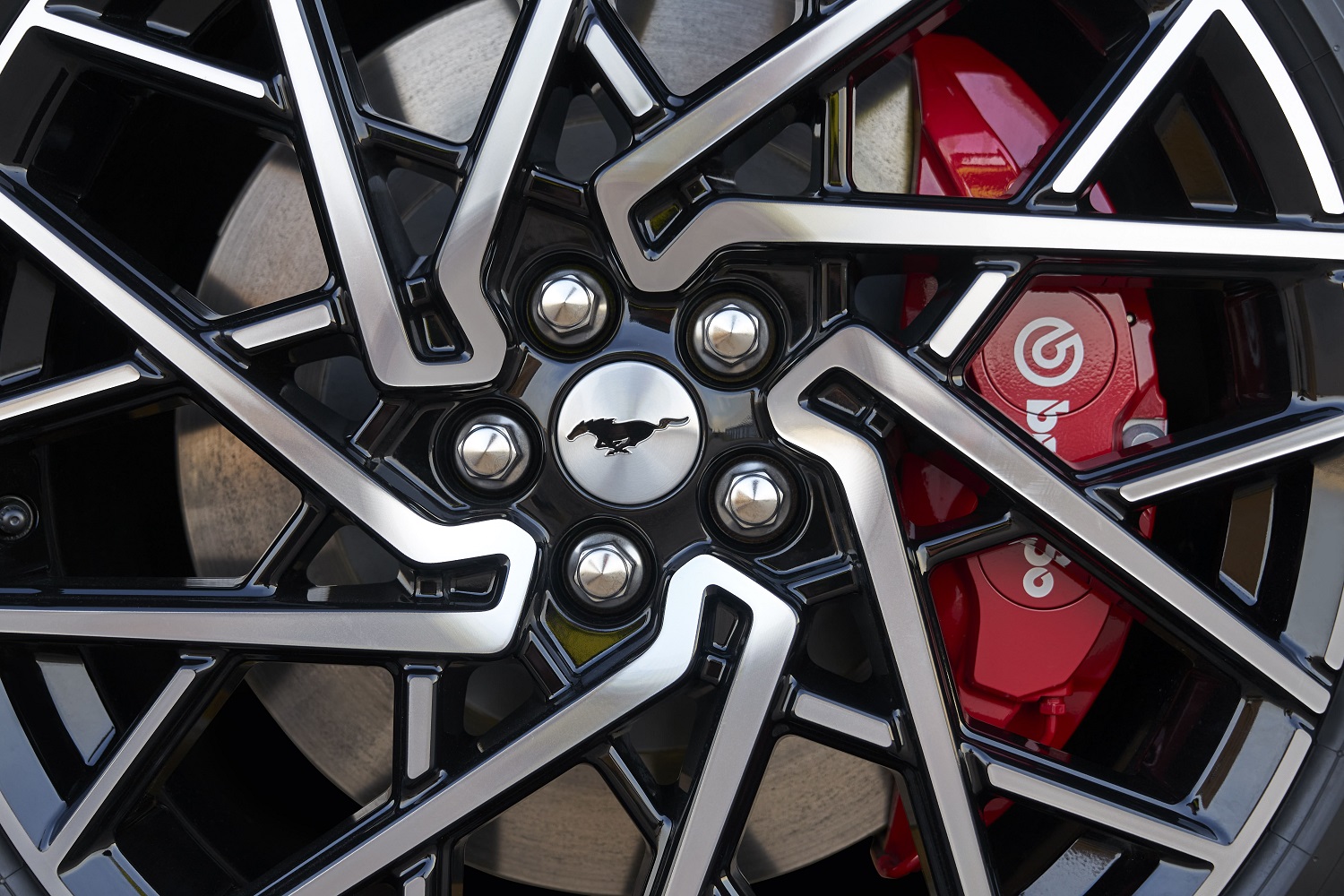 The Austin Hatcher Foundation plans to run its Space White Mach-E at the 2022 Bonneville Speed Week with a goal of reaching 200 miles-per-hour. That monumental feat would certainly be enough, but afterward, it will be auctioning off its special build to help support the Chattanooga, Tennessee-based foundation’s nationwide operations. Whoever wins that will not only get a very cool custom build but can also take solace in the fact that they supported a very worthwhile cause.

We’ll have much more SEMA news to share soon, so be sure and subscribe to Ford Authority for more Mustang Mach-E news and around-the-clock Ford news coverage.