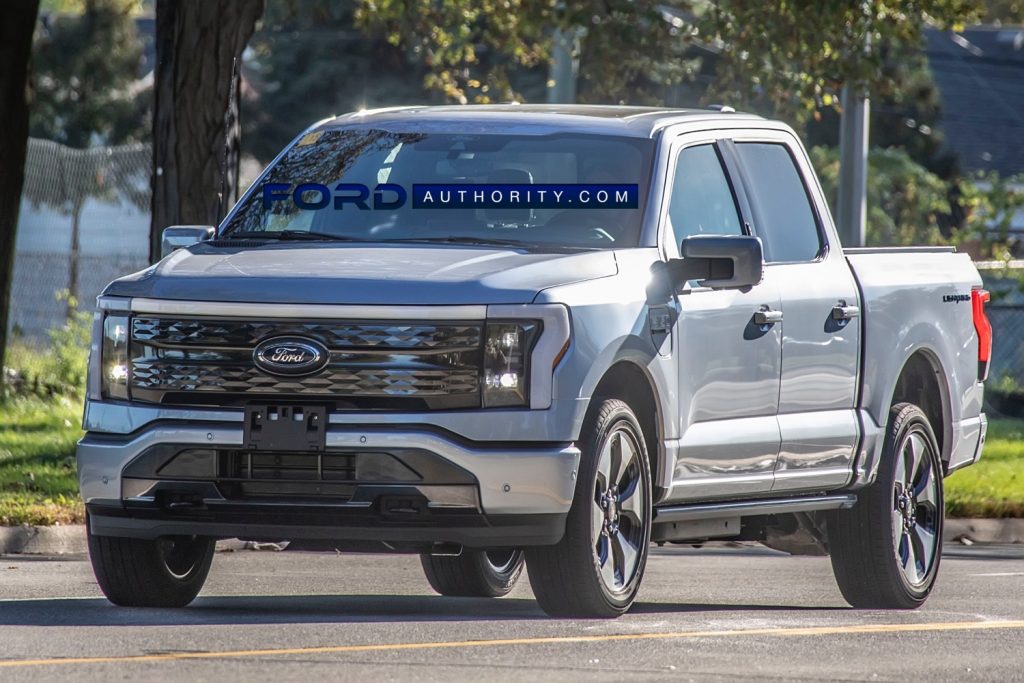 Since the 2022 Ford F-150 Lightning was revealed back in May, the all-electric Ford F-150 has attracted significant interest from potential buyers as Ford has secured over 160,000 reservations for the forthcoming pickup. The second phase of F-150 Lightning production recently began at Ford Rouge Electric Vehicle Center ahead of the model’s launch next spring, but most of its myriad details – including specs and pricing – leaked out months ago. Ford Authority spies also spotted a Lariat-trimmed Lightning in Dearborn recently, and now, a 2022 Ford F-150 Lightning Platinum finished in Iconic Silver has been spied as well. 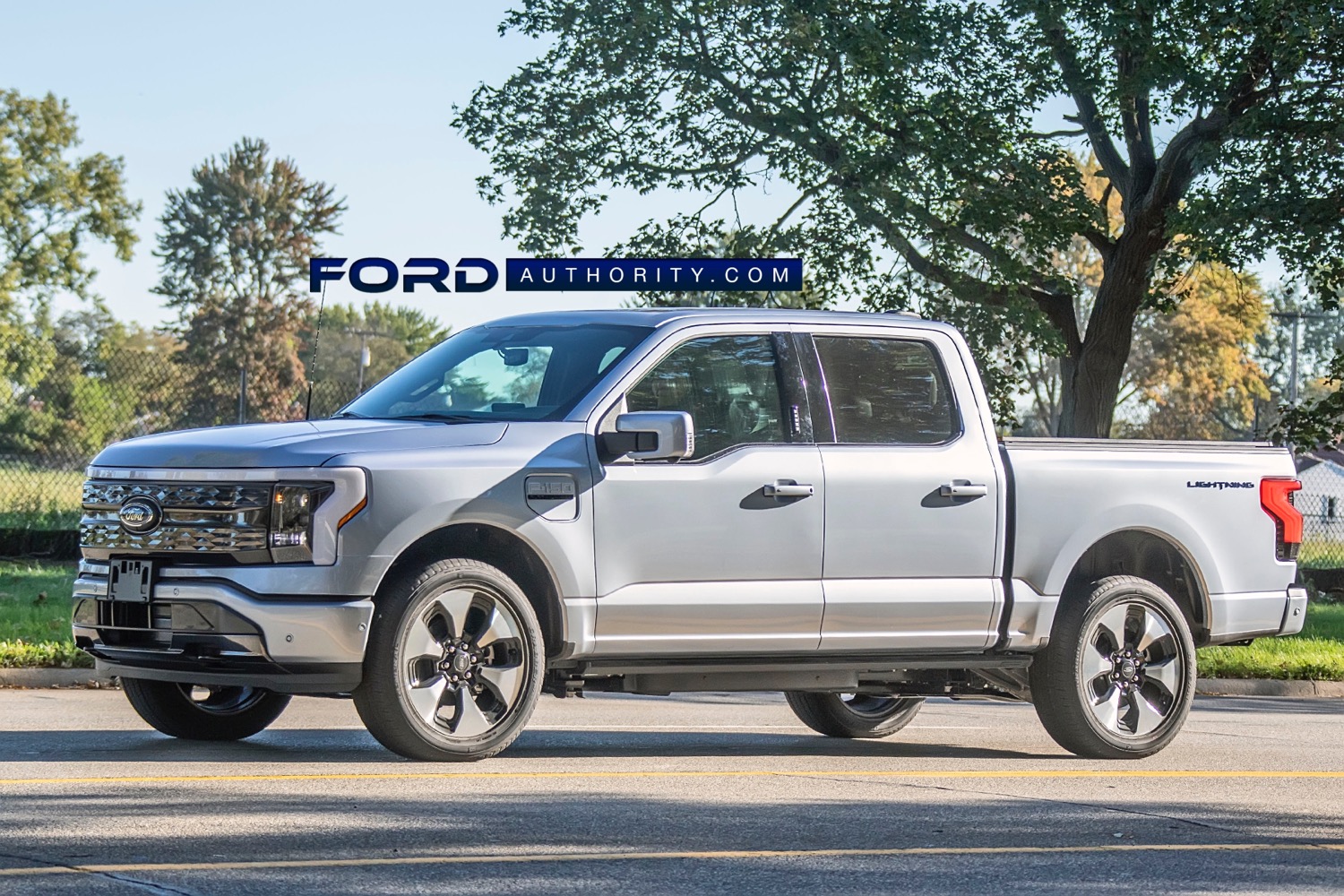 The 2022 Ford F-150 Lightning Platinum is one of four available trims for the electrified pickup and starts out at $89,874 before the current $7,500 tax credit or $82,374 with the credit, though changes are seemingly on the horizon. As is the case with other trim levels, the Platinum badge on this F-150 Lightning is located on the charging port door underneath the F-150 logo. 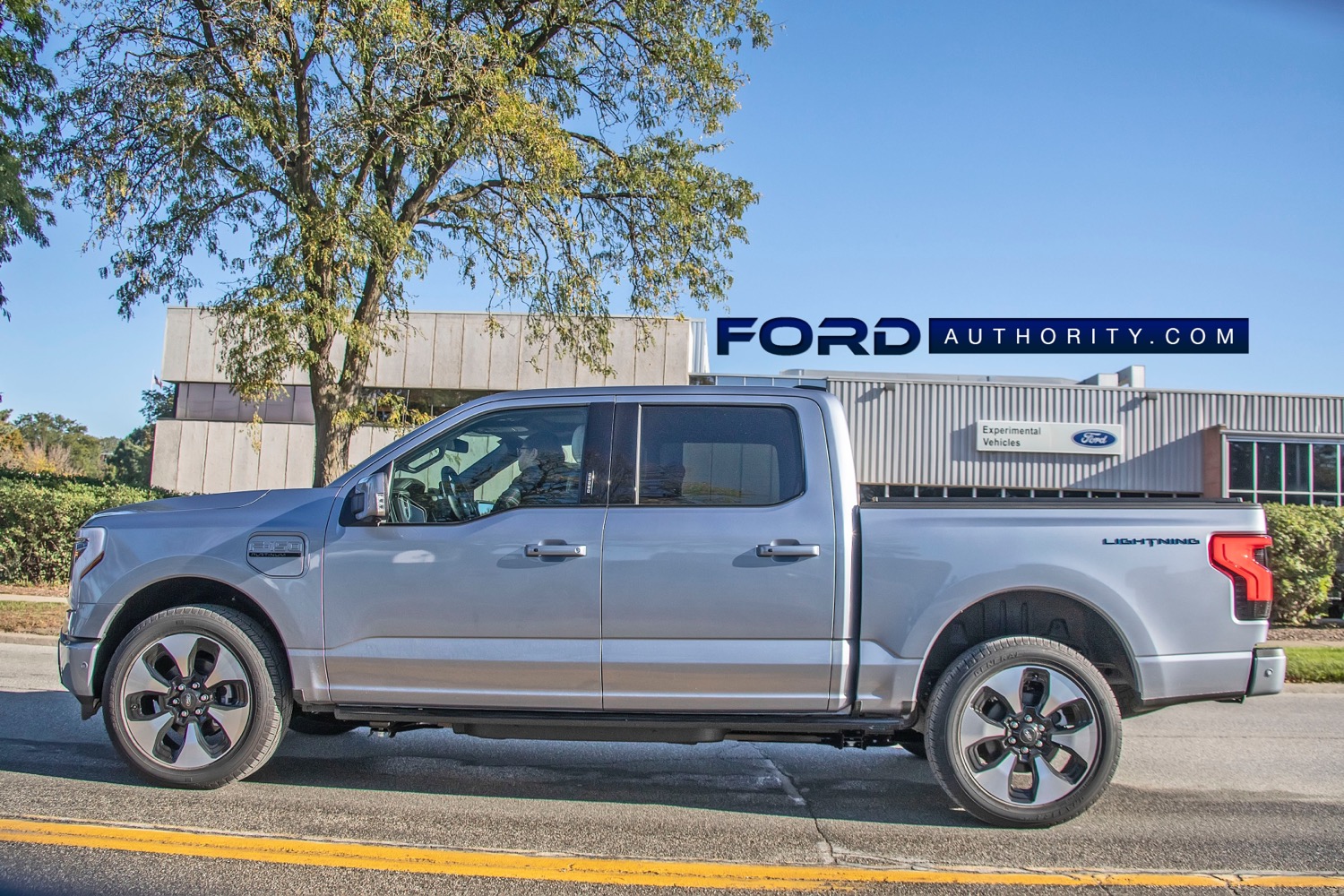 The F-150 Lightning Platinum also comes equipped with Ford’s extended range battery as standard equipment, which Ford says will provide an estimated 300 miles of range. However, recent rumors indicate that actual range may be far higher – as many as 469 miles in one case. The F-150 Lightning Platinum comes with a 240-volt charger capable of adding 21 miles of charge per hour, while the optional 80-amp Charge Station Pro can fully charge the battery from a 15 percent state of charge in 8 hours. The F-150 Platinum will provide 563 horsepower and 775 pound-feet of torque from its twin electric motors, good enough for an estimated 0-60 time in the mid-four second range.

Additionally, the 2022 F-150 Lightning will launch with a number of new and innovative features, including, most notably, its Mega Power Frunk and vehicle-to-vehicle charging, which will be limited to other Lightnings at first.

We’ll have much more on the F-150 Lightning Lariat soon, so be sure and subscribe to Ford Authority for the latest Ford F-Series news, Ford F-150 news, F-150 Lightning news, and continuous Ford news coverage. 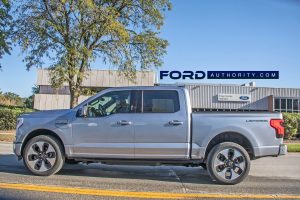 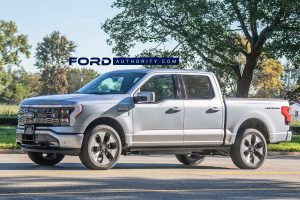 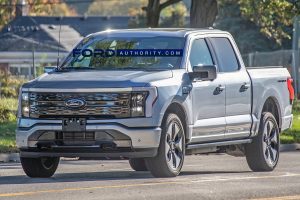 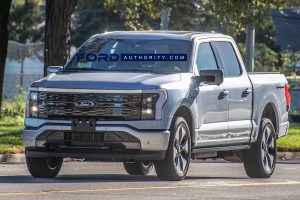 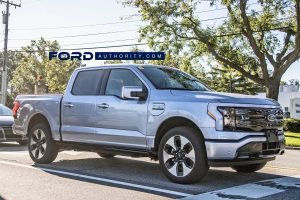 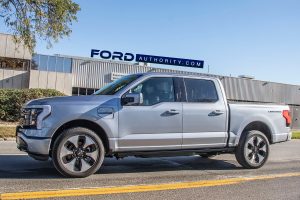 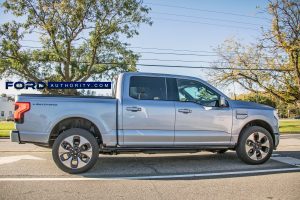 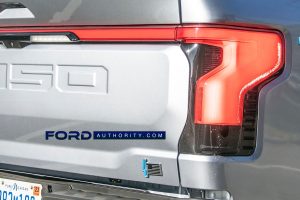 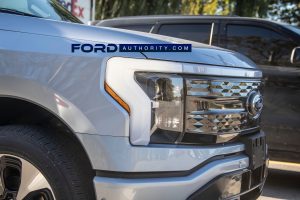 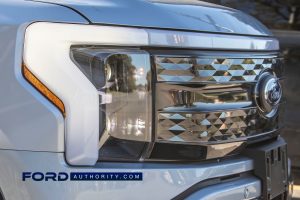