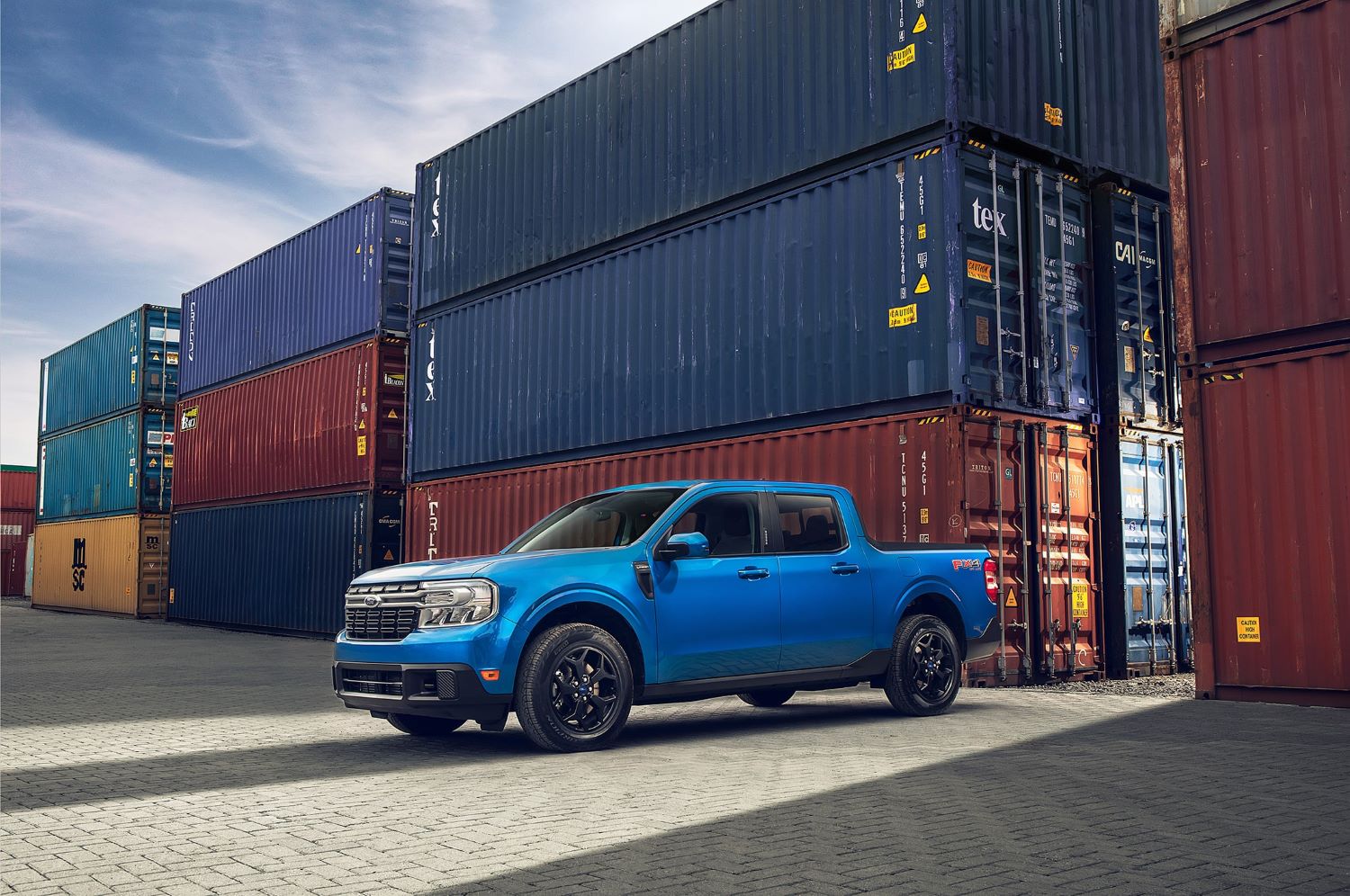 The 2022 Ford Maverick has already generated a lot of buzz for Ford Motor Company. The compact pickup recently proved to be a hit with critics, is popular among younger new car shoppers, and is a seemingly good fit for women, as 25 percent of that particular demographic purchased the truck in October 2021. One likely component of the 2022 Maverick’s success is its Ford-bred appeal to the DIY (do-it-yourself) crowd, a group that The Blue Oval had in mind when it released several videos on how to “hack” the truck not too long ago. Now, a newly-minted member of the Maverick family has released a video of his own, which centers around his front door speaker replacement process, an endeavor that doesn’t seem too hard to tackle. 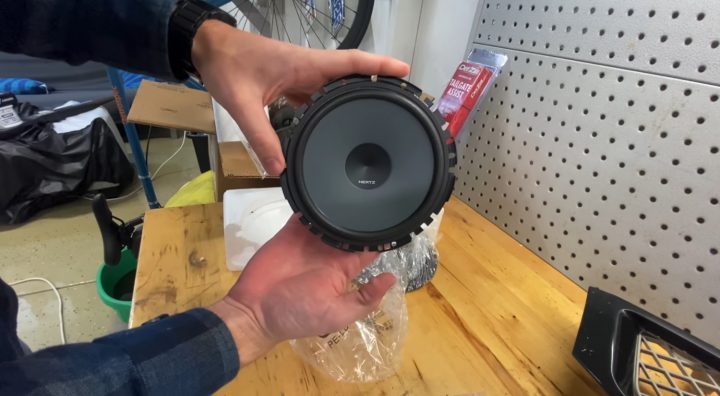 Though not a fan of modifying modern OEM sound systems in general, the owner concluded that his 2022 Maverick’s base speaker system was “really not that good,” delivering distorted sound unbecoming of a stock Ford audio setup. That prompted him to replace the front speakers with a pair of Hertz K 170 component speakers, plus housing for both speakers, all for around $100. 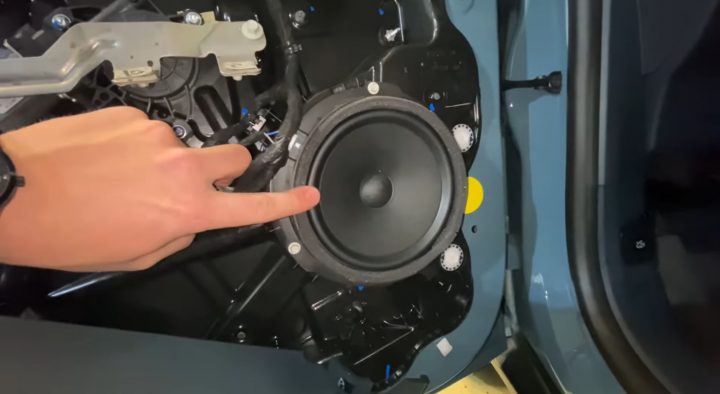 The 2022 Ford Maverick front door panel removal process ended up being more work than the owner expected. Initially, the owner surmised that he only needed to unscrew a few bolts and pop a few clips holding the panel together to open the area up, but the window switch hid another pair of bolts that required removal before completing the first step. 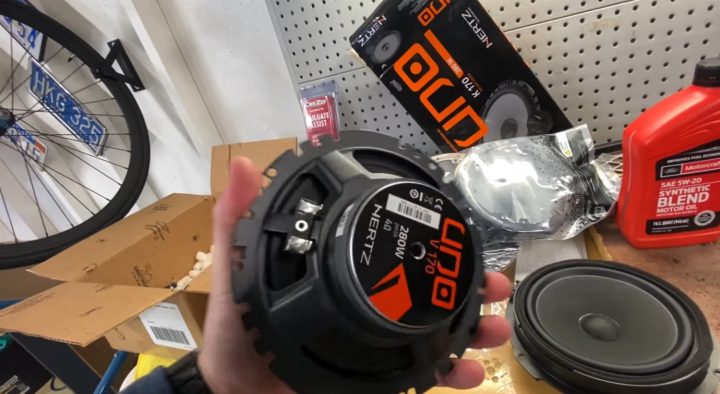 Once the speaker became accessible, the owner only needed to unscrew three bolts and unplug the unit to complete the removal process. Once out, he noted that the stock and aftermarket speakers share a similar aesthetic, their differences only coming through with a quick glance at their respective magnets. The 25-watt stock speaker boasts a tiny magnet – one that couldn’t stick to the owner’s metal shelf – while the new, 280-watt unit features a hefty magnet, a potential indication that the aftermarket speaker will deliver superior sound.

After trimming the tabs from the aftermarket speaker housing to better accommodate the new speakers, installation was as easy as plugging in the stock wiring to the new units. The Maverick’s wiring is outside of the plastic door card, instead of behind it next to the window, which ultimately made the last part of this upgrade a cinch. The housing even lined up perfectly with the OEM bolt holes.

Although the owner experienced some minor issues during the installation process, he felt that the project was fairly simple and totally worth it. With Ford focused on creating content centered around the Maverick’s bed and the integrated tether system, it’s nice to see that another traditional DIY project – speaker upgrades – are similarly easy to complete on the compact pickup.

We’ll have more on the Maverick soon, so subscribe to Ford Authority for more Ford Maverick news, and around-the-clock Ford news coverage.

Ford Fiesta Officially Cancelled, Will Be Replaced By EV: Video