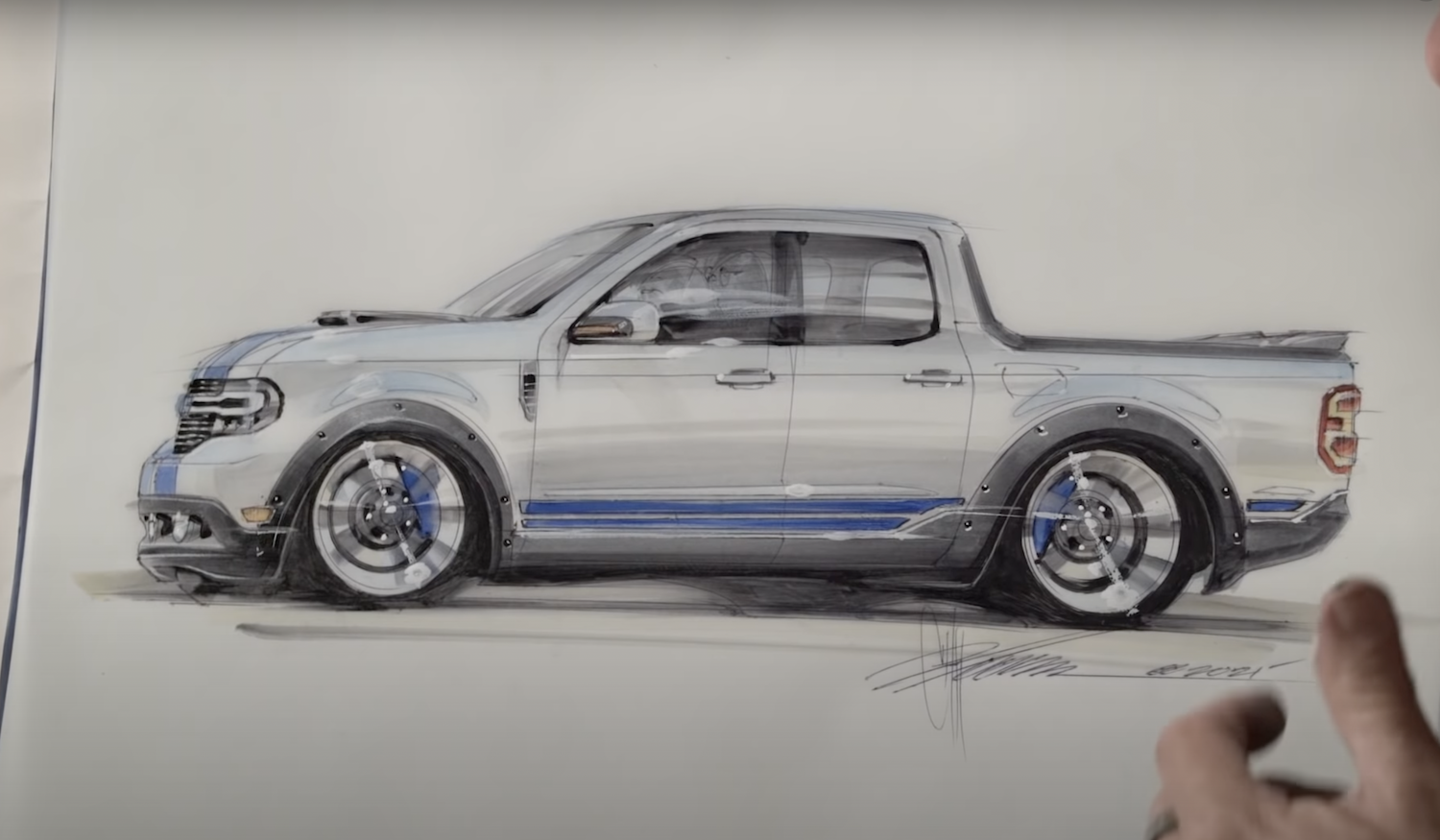 TV star, automotive designer, artist, and Boyd Coddington disciple Chip Foose has been a staple in the custom car scene for years now, and he’s obviously not afraid to shake things up and create some controversial rides in addition to his many stunning hot rods. Most recently, that includes transforming a 1966 Ford Bronco into a modern-day street rod, as well as lending the exact same treatment to a 2021 Ford Bronco earlier this year. Now, Foose is back with yet another cool imaginary sketch depicting what a theoretical 2022 Ford Maverick Shelby might look like. 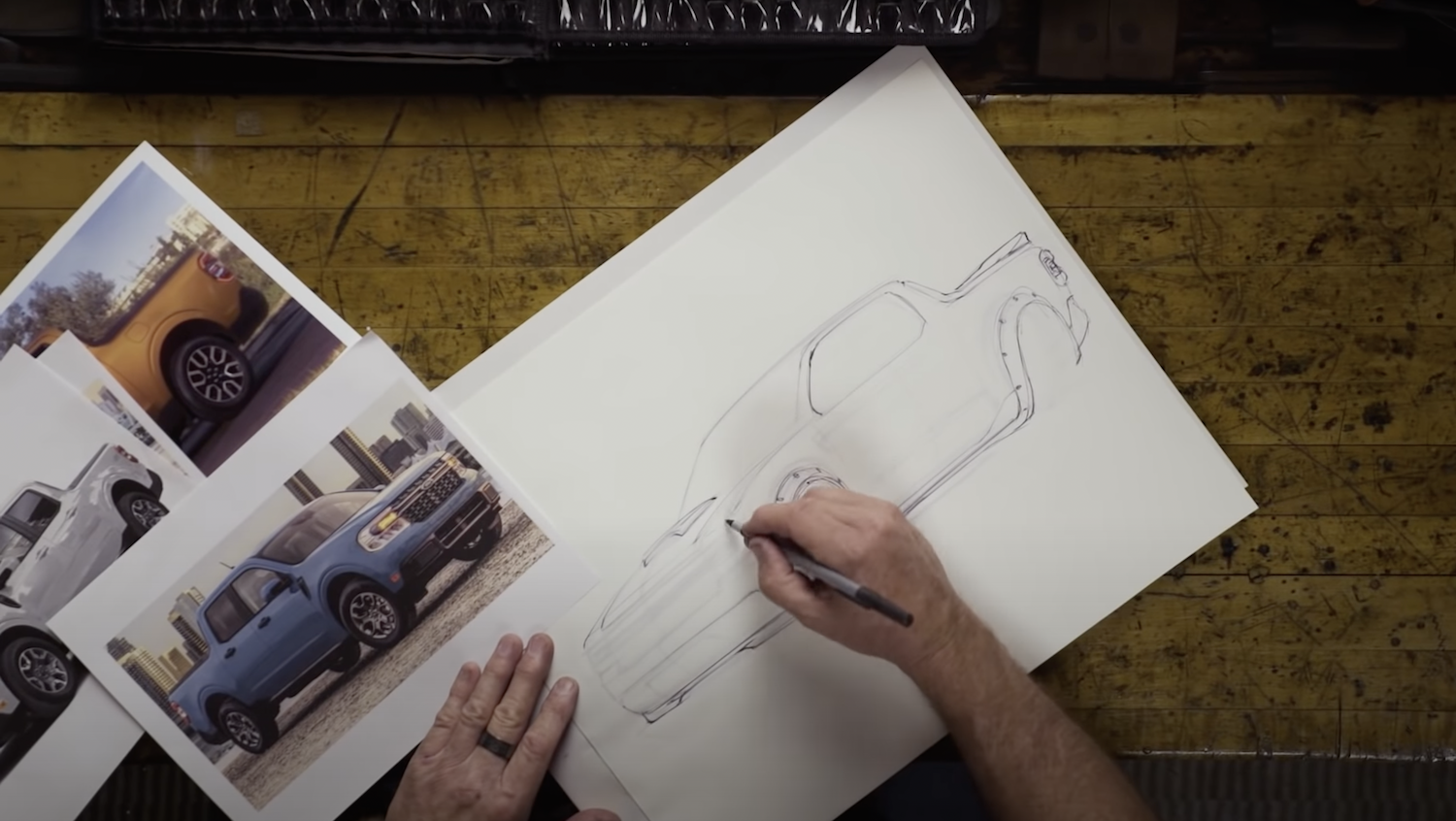 This idea isn’t quite as far-fetched as the concept of building a hot rod Bronco, however. As Ford Authority reported back in August, Ford isn’t ruling out a high-performance street-focused version of the Maverick pickup, and we also previously created some renderings of what an ST variant of the Maverick might look like. Shelby already enjoys a strong relationship with Ford, lending its name and tuning prowess to the Ford Mustang Shelby GT500 and soon, the Ford Mustang Mach-E, so a Ford Maverick Shelby actually seems like it could come to fruition. 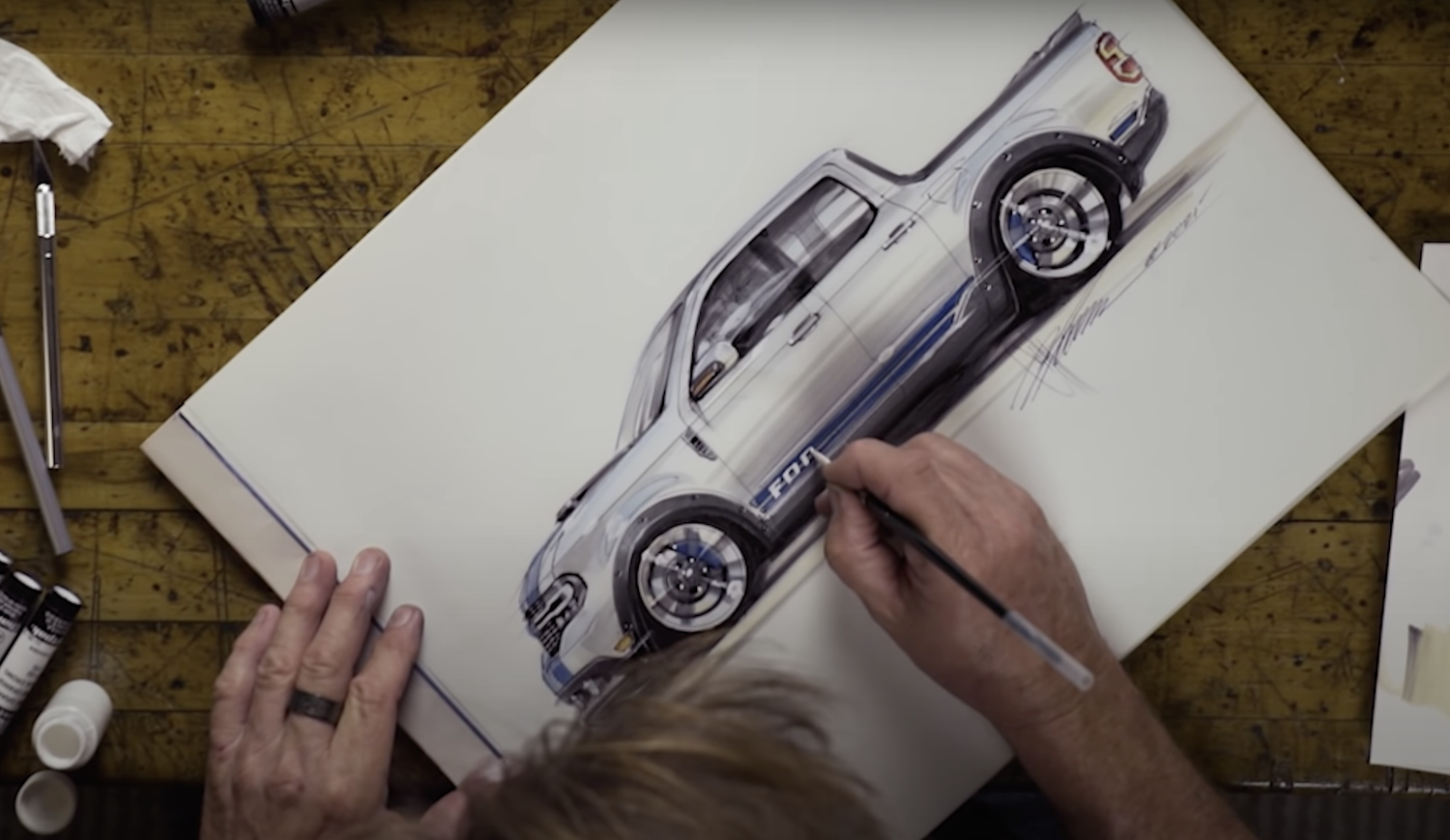 Foose admits that most aftermarket companies and builders out there are focusing on making the Maverick more of an off-road vehicle, and he wants to do something different. “I don’t want to do something somebody else is doing,” he says. “So I’m going to look at this as a passenger car and I want to see how I can bring it down and make it look aggressive for the street.” That process starts out with Foose adding wider fender flares, a hood scoop, a bed-mounted rear wing, and different lights to the compact pickup.

Foose also sketches in some fog lights and ground effects to give the Maverick more of a ground-hugging look, along with a lowered suspension and larger wheels. The finishing touches, however, are what adorns the pickup’s body – the classic Shelby color combination of white with blue stripes, which are complemented by satin black trim to match the factory pieces. Overall, it’s a pretty cool idea, and one that may actually become a reality at some point in the future, too.

We’ll have more cool videos like this to share soon, so be sure and subscribe to Ford Authority for more Ford Maverick news and 24/7 Ford news coverage.