The 2022 Ford Mustang lineup is expanding beyond its traditional offerings to include a host of new packages, along with an updated version of the California Special. But until now, it was unclear if the Shelby GT500 was going to receive any substantial additions to its roster. Enter the Heritage Edition, a new package that arrives 55 years after the immortal Carroll Shelby decided that the GT350 wasn’t spicy enough. Built as an homage to the original 1967 model, the Heritage Edition arrives after other products in the Ford stable have received similar packages. 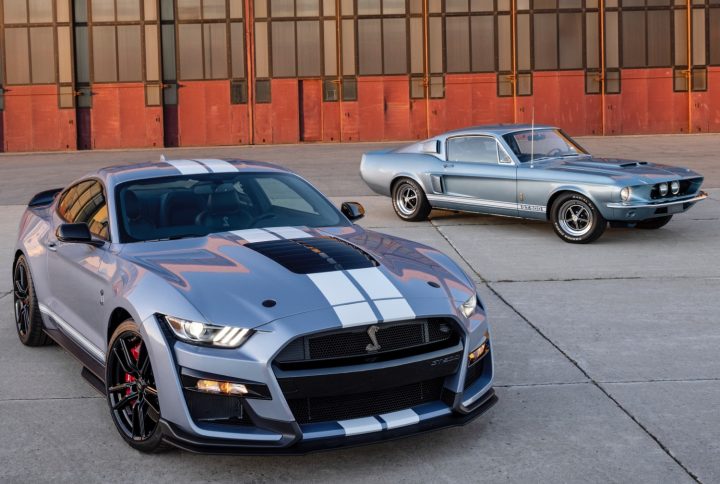 Standard on every 2022 Ford Mustang Shelby GT500 Heritage Edition is the Brittany Blue paint, which takes after the original model’s hue. Additionally, Ford will offer two different exterior stripe options for those who opt for the limited-run model: a vinyl version and a hand-painted variant. The former will boast unique side stripes while the latter will feature a custom GT500 logo. Wimbledon White is the default color option for the stripes, but customers who opt for the hand-painted option can switch to Absolute Black if desired. Aside from being a retro throwback to the original model, hand-painted Heritage Edition models will follow a more recent Mustang tradition of siphoning an additional $10,000 from the wallets of those that cannot settle for the vinyl stripes. As Ford Authority detailed back in 2019, the hand-painted stripes – which have been offered on the current generation model since its debut for the 2020 model year – are a labor-intensive affair, hence the price tag.

The 2022 Ford Mustang Shelby GT500 boasts a starting price of $76,695, which includes destination and the gas guzzler tax. The Heritage Edition with vinyl stripes is available for $2,140, while the hand-painted option adds another $10,000 to the bill. Dealers will be able to order 2022 Shelby models on November 15th, 2021 and the company expects them reach dealers next Spring.

We’ll have more on the Ford Mustang soon, so subscribe to Ford Authority for the latest Ford Mustang news and continuous Ford news coverage.