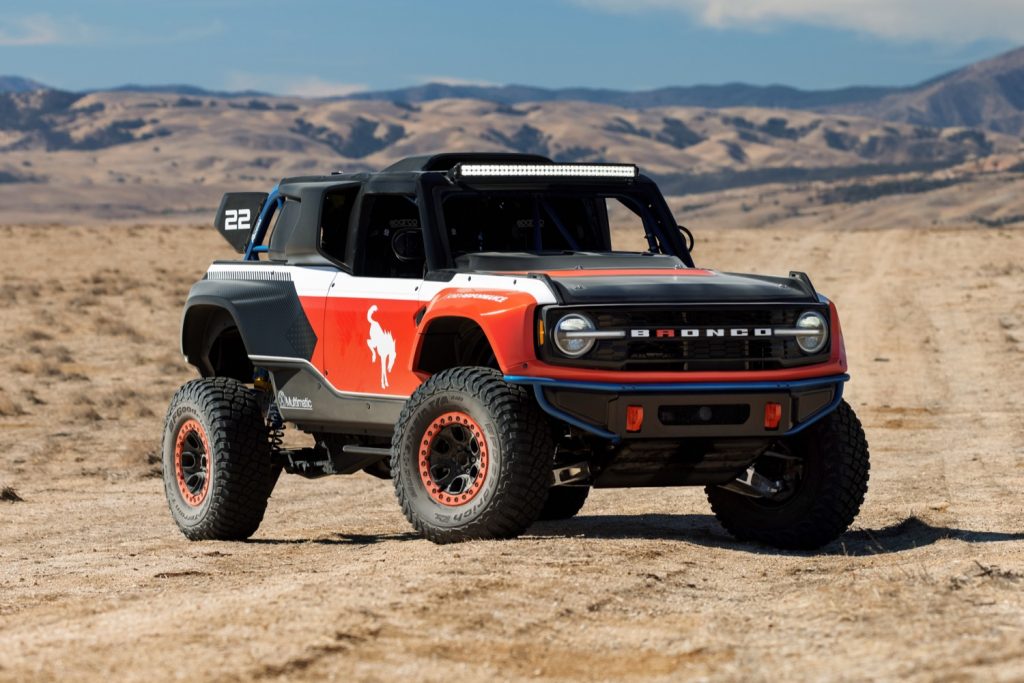 The 2023 Ford Bronco DR was revealed last week, just in time for the 2021 SEMA Show, adding yet another racing version of the road-going SUV to The Blue Oval catalog. The most interesting thing about the Bronco DR is the fact that it’s powered by Ford’s 5.0L Coyote V8, but most will also be surprised to learn that the racing Bronco rides on a fortified version of the factory frame, Ford Authority executive editor, Alex Luft, has confirmed with Ford. 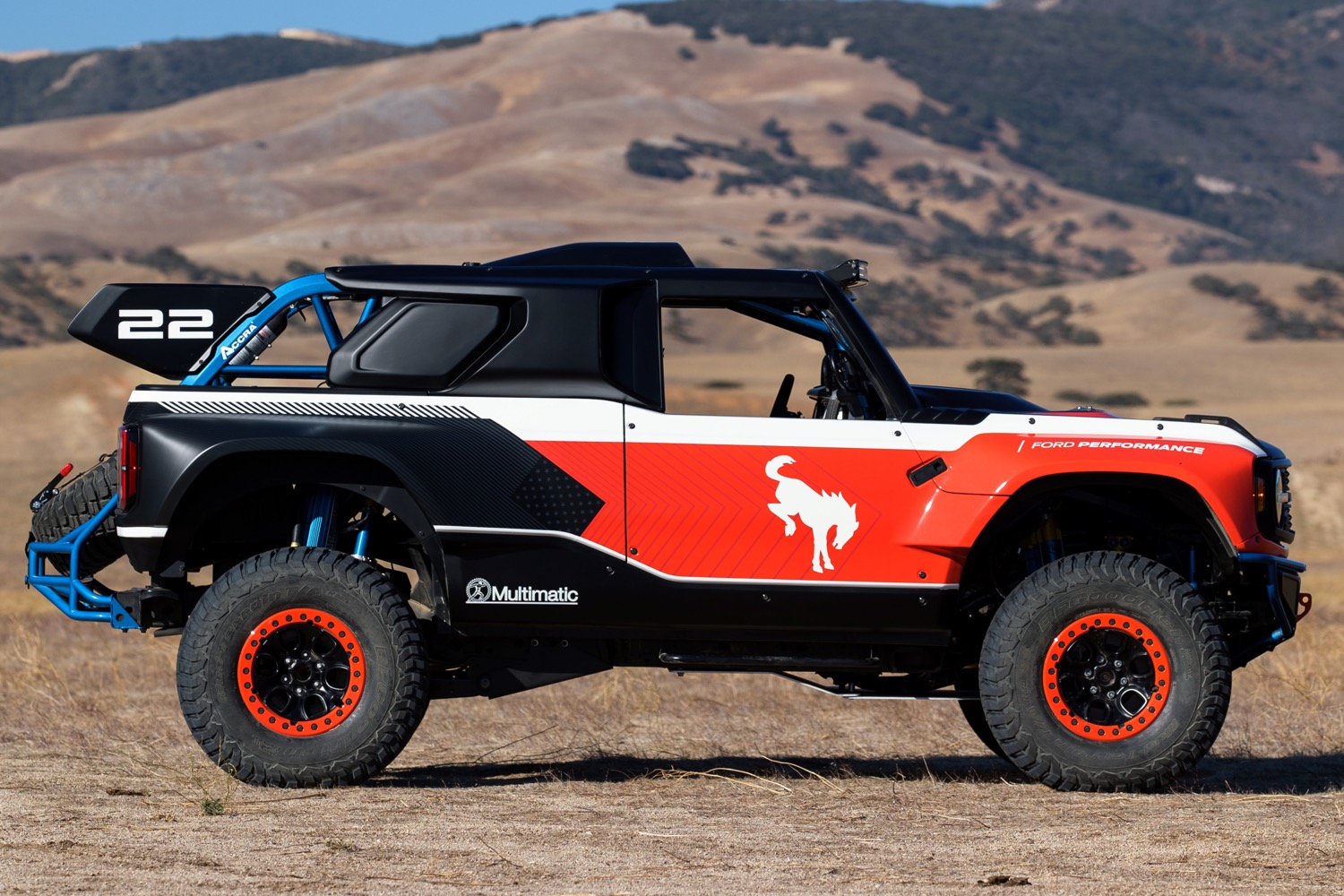 The 2023 Ford Bronco DR indeed utilizes a factory frame, which is shipped as a body-in-white vehicle from the Ford Michigan Assembly Plant to the Multimatic facility in Markham, Ontario, Canada. where further modifications are made. Body-in-white vehicles are essentially an unpainted body and frame that are not yet equipped with any suspension components or sub-frame assemblies.

While it may share a frame with the 2021 Ford Bronco, the DR looks far different than its road-going brethren, starting up front with a large tubular metal bumper and roof-mounted LED light bar, a single-piece grille, and the same round headlamps, taillamps, and trail sights as the production Bronco. Other notable features include beefy red tow hooks, as well as a red “R” in the front grille’s “Bronco” script, which is present on the Bronco R and Ultra4 racers. 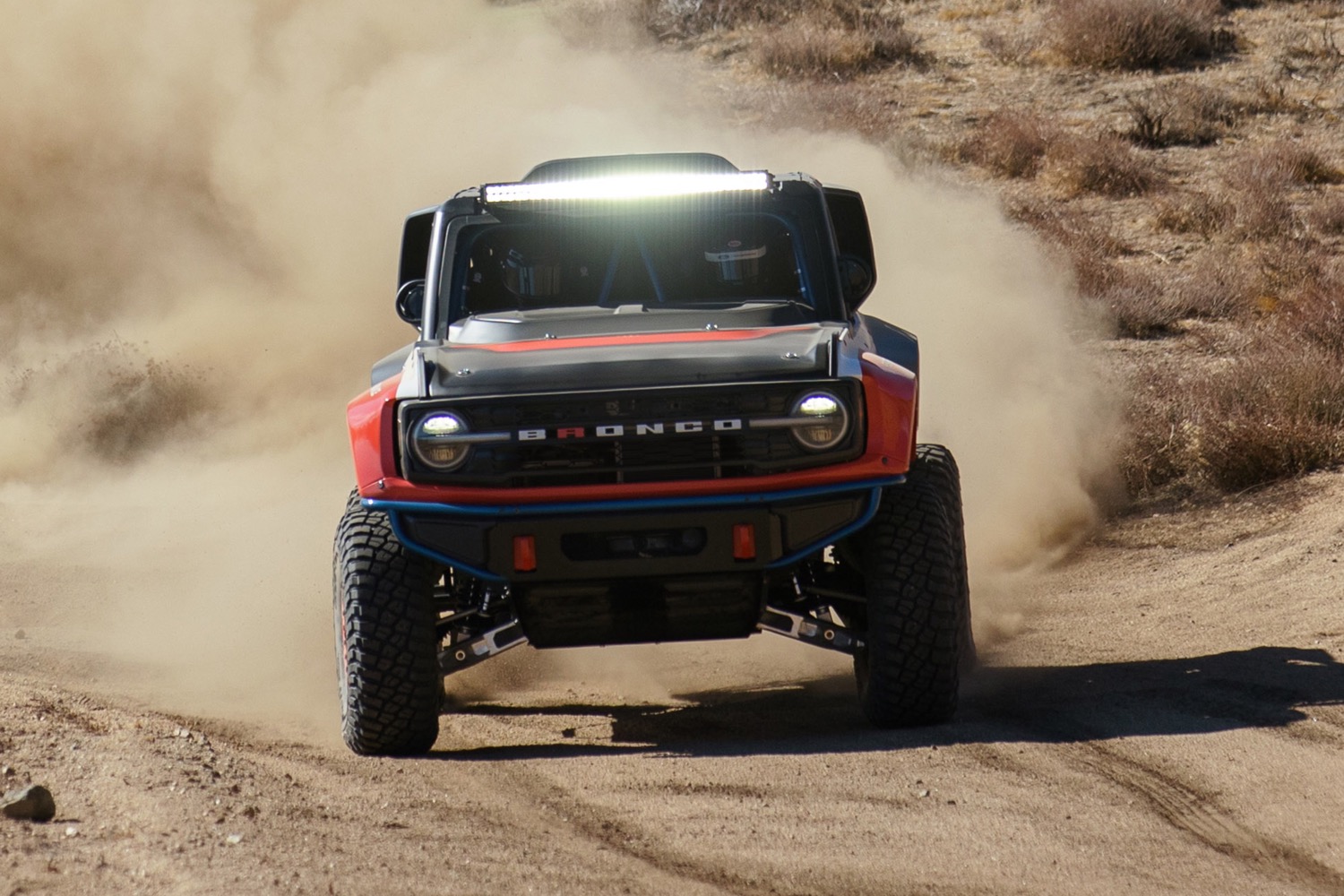 Like the frame, the DR’s body structure is shared with the production four-door Bronco, but features side panels influenced by the Bronco R which take the place of standard doors. The stock body panels have been replaced with resin transfer molded (RTM) fiberglass panels to help shed weight. The DR rolls on a set of beadlock wheels wrapped with 37×12.5R17 BFGoodrich Mud-Terrain T/A KM3 all-season tires, which feature a Krawl-TEK compound for improved grip on rocks and slick surfaces and a Linear Flex Zone that provides better grip when the tires are aired-down. 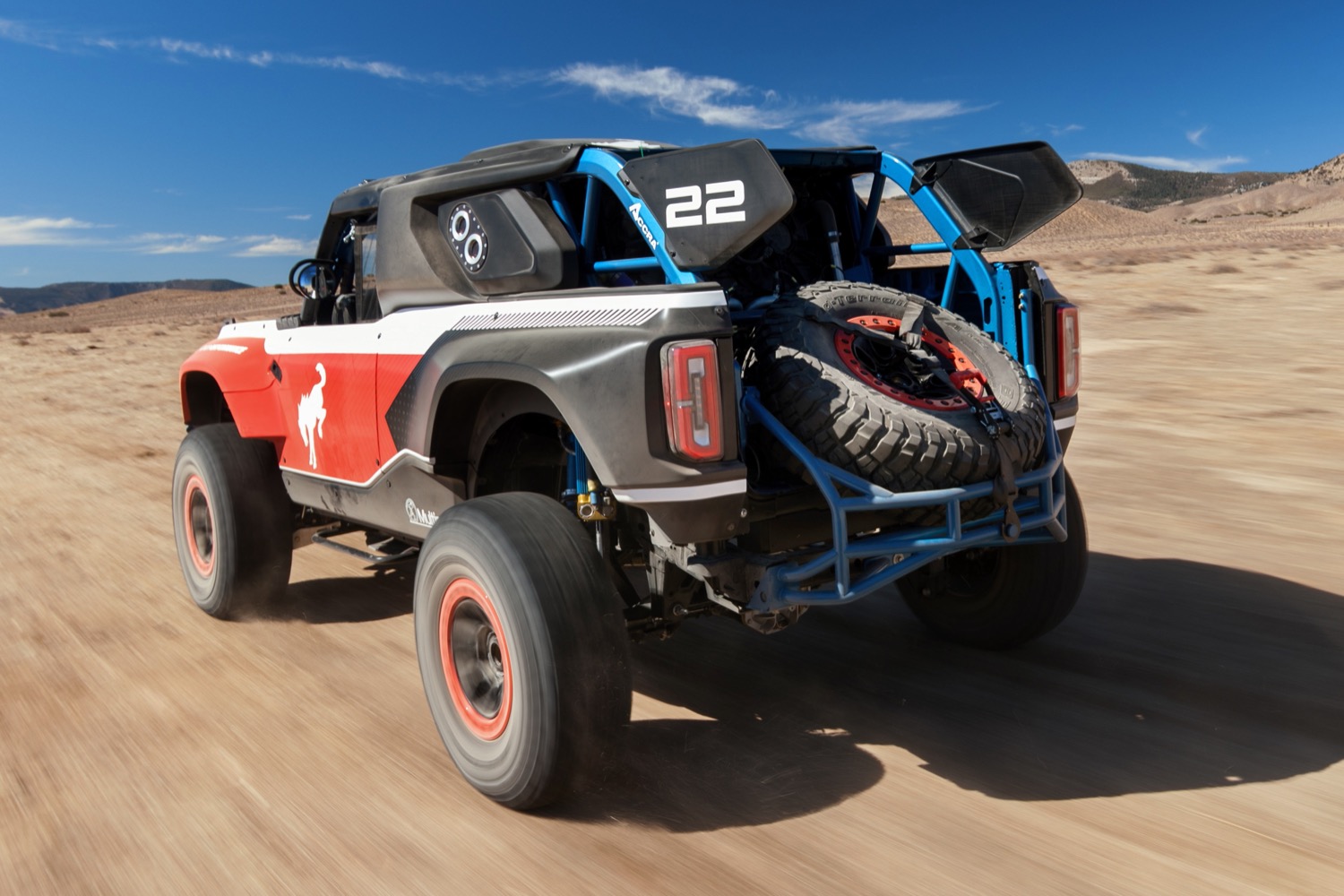 We’ll have more on the Bronco DR soon, so be sure and subscribe to Ford Authority for more Ford Bronco news and ongoing Ford news coverage.