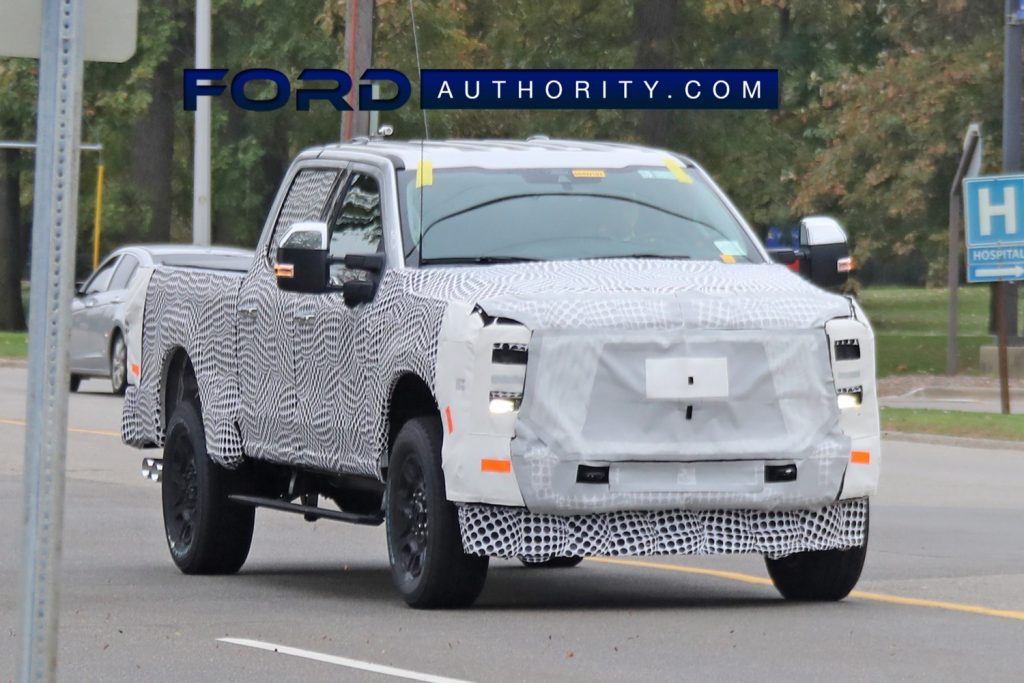 Earlier this month, Ford Authority spies captured a 2023 Ford Super Duty prototype out testing for the very first time. In the weeks since, we’ve seen even more prototypes emerge, including both a SuperCab and Crew Cab dually. Then, we got our very first look at the 2023 Super Duty’s interior, and now, Ford Authority spies have spotted a prototype that we believe is the 2023 Ford Super Duty Platinum. 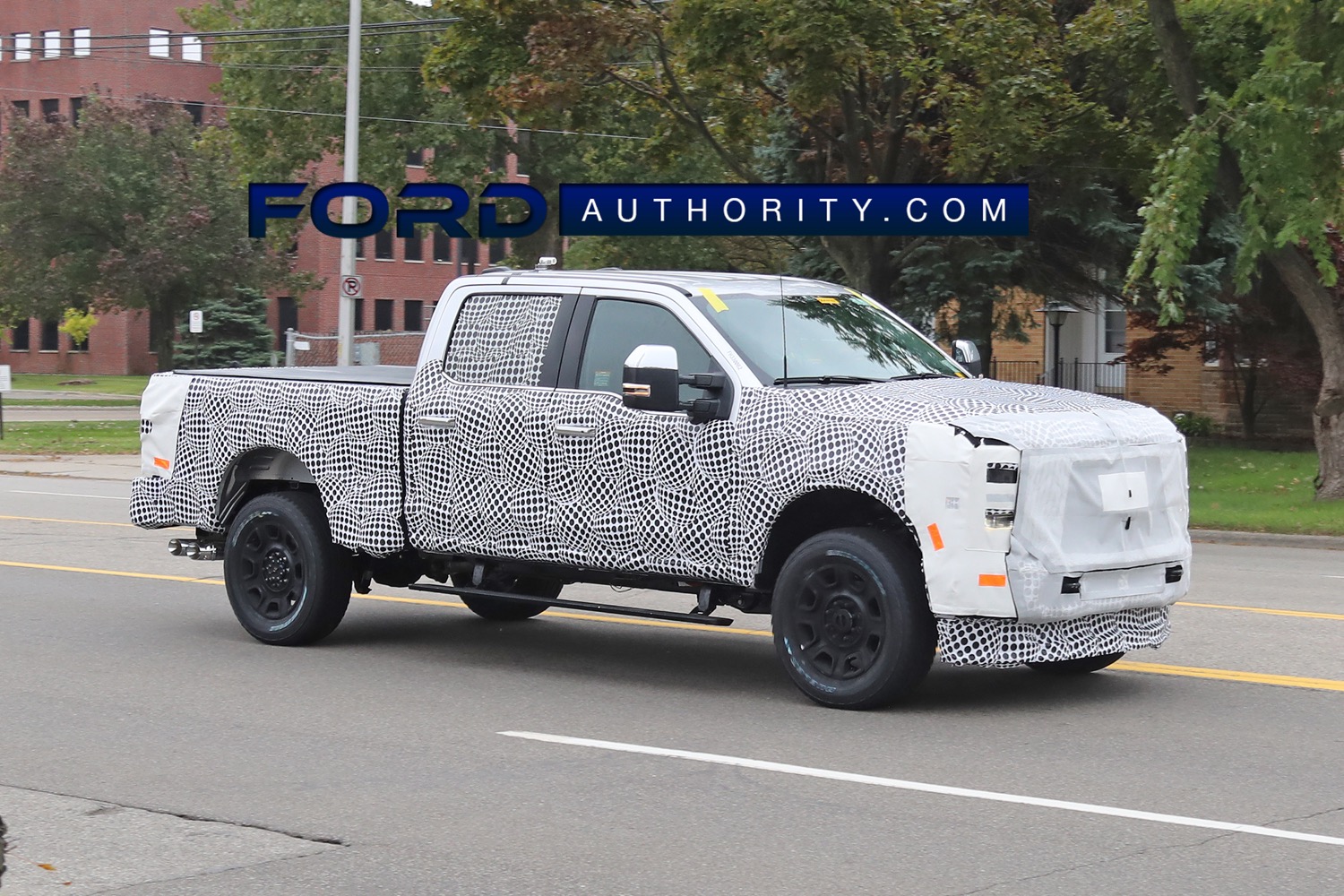 This 2023 Ford Super Duty Platinum prototype has all the trim-specific features, including chrome mirror caps and chrome strips along the bottom portions of the window sorrounds (DLO trim). Particularly interesting, however, are the black wheels, which are not available on the current-gen Super Duty Platinum. In fact, the only way to get black wheels on the 2022 Super Duty is to opt for the Tremor Off-Road Package. 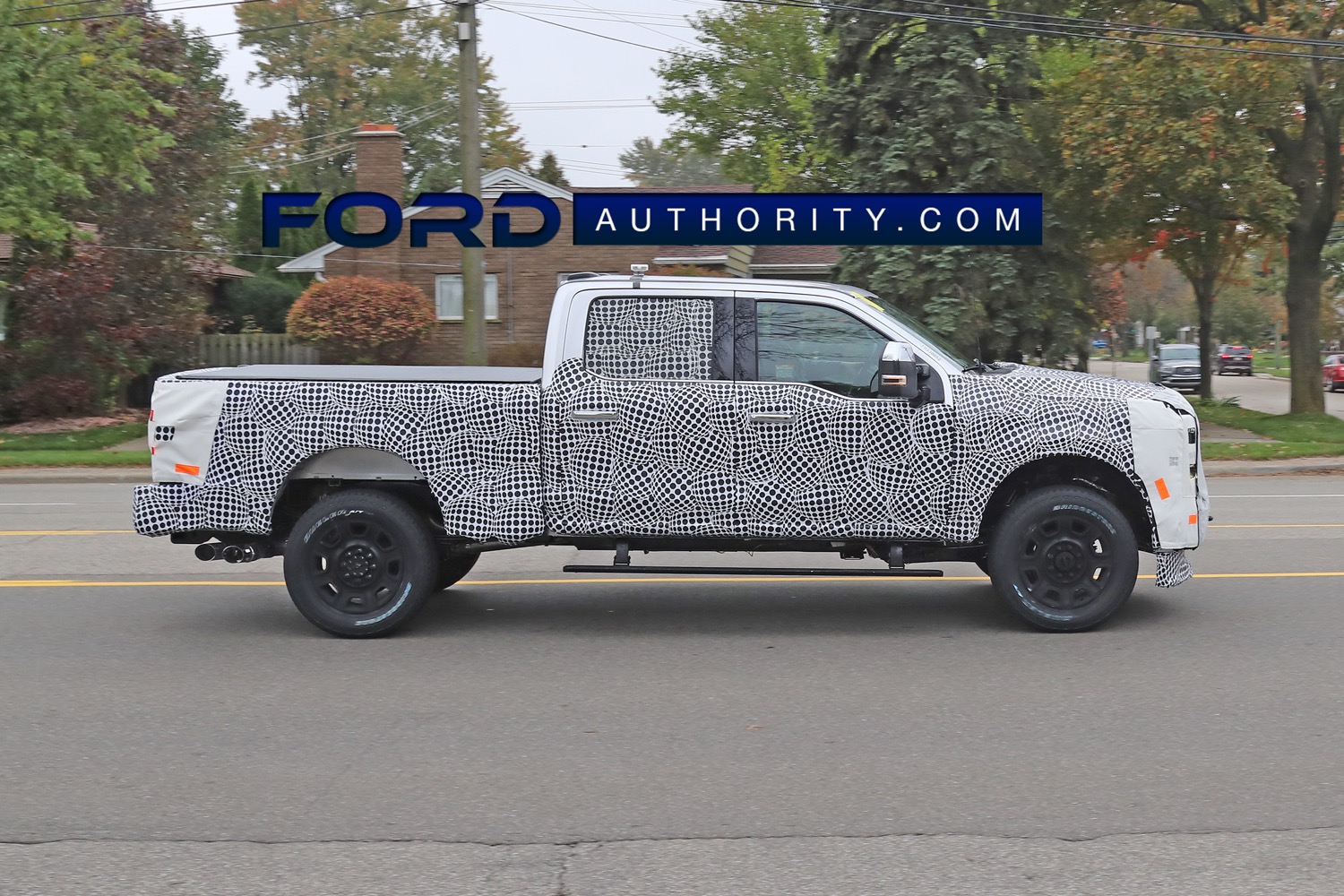 Of course, this is a prototype, so it’s possible that these wheels will not be offered on the 2023 Super Duty Platinum, and they may also just be placeholder wheels used for testing and not destined for a production model. The 2023 Super Duty SuperCab prototype spied last week was also wearing a set of black wheels with a similar design. 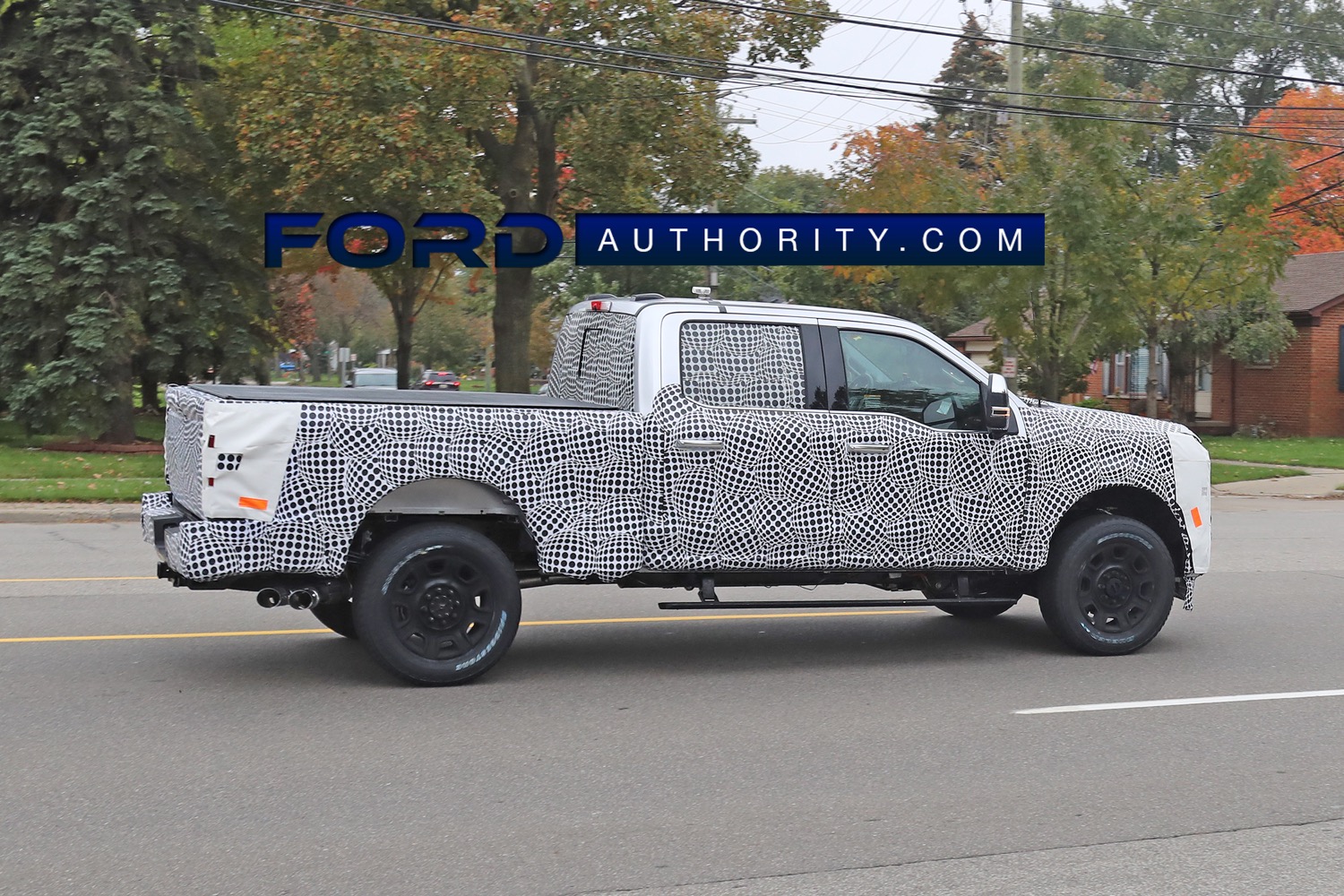 Other than those interesting tidbits, this prototype is wearing heavy camouflage at the front and checkered camo elsewhere, as has been the case with all of the previously-seen pickups. That’s very much by design, of course, and hides the truck’s revised styling elements, which will be part of the Super Duty’s redesign for the 2023 model year, as Ford Authority reported last month.

What’s more, the exhaust tip configuration of this model suggests that Ford’s 6.6L PowerStroke V8 turbo-diesel engine resides under the hood of this prototype. 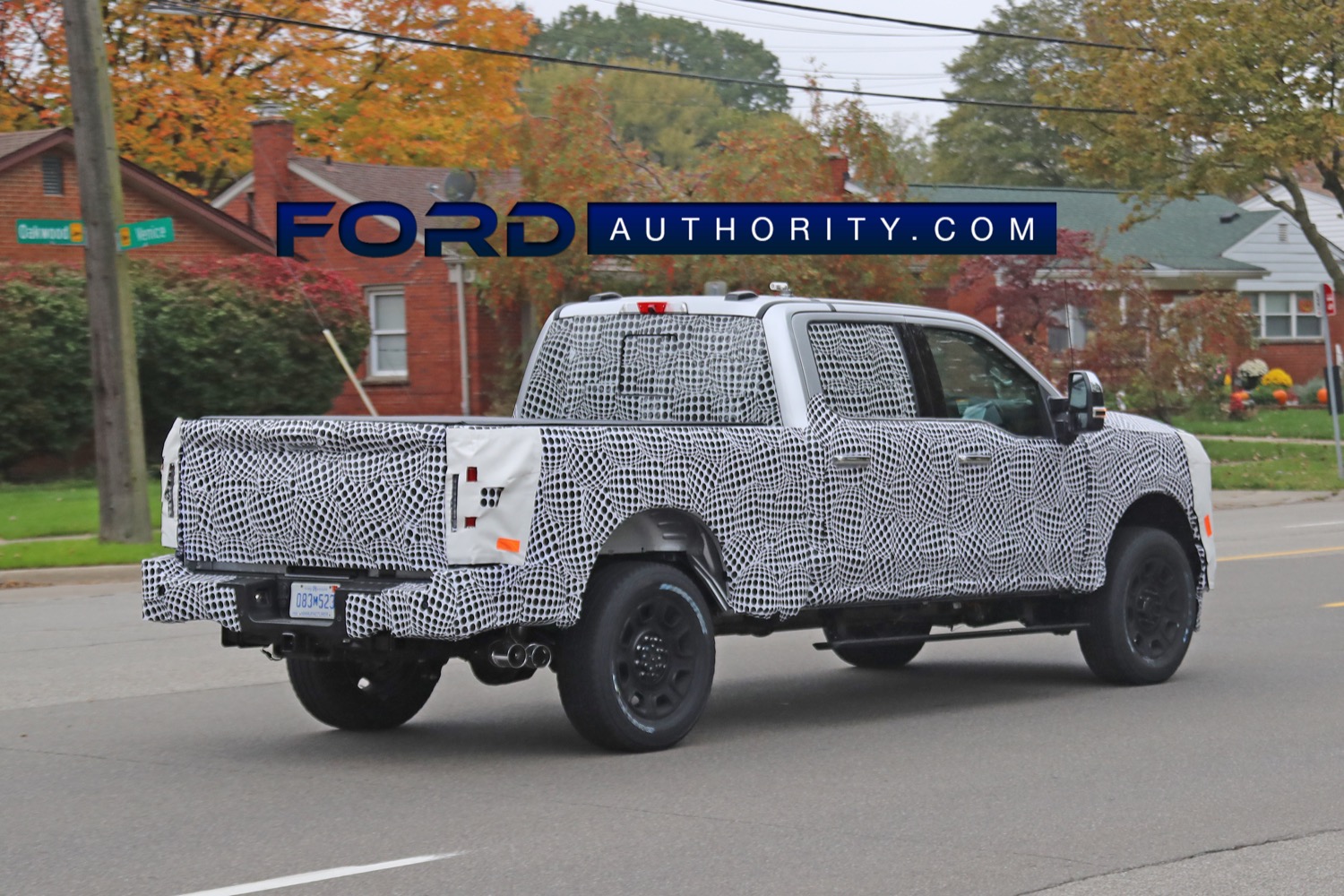