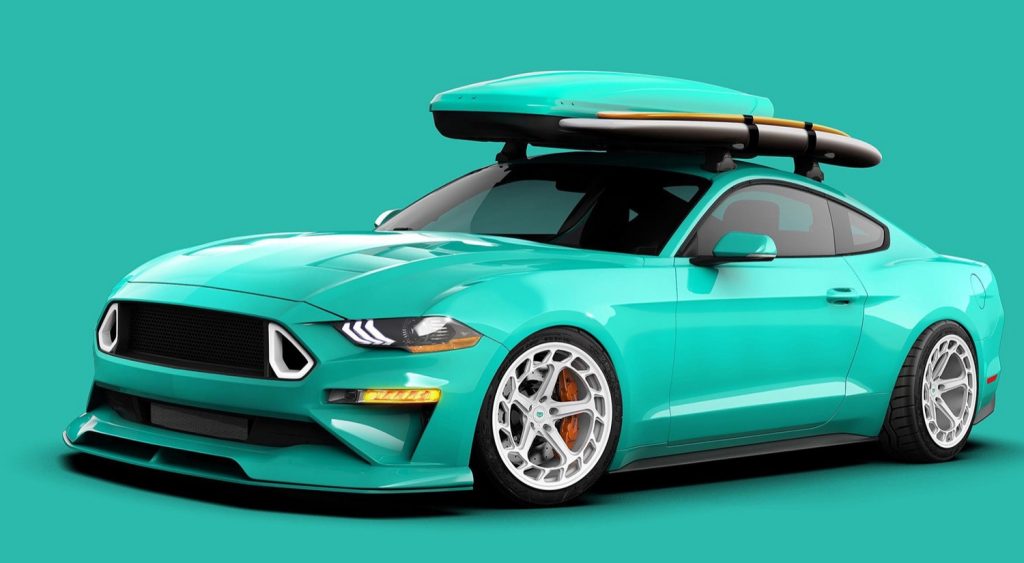 The 2021 SEMA Show kicks off this week in Las Vegas, and Ford has a host of custom vehicles and cool new parts and accessories on hand to show off. That includes more than one Ford F-150 build, as well as a few custom Ford Maverick, Ford Ranger, and Ford Super Duty pickups and a couple of Ford Mustang Mach-E builds from different aftermarket companies. Now, we have yet another one to add to the list – the All Star Mustang EcoBoost HPP.

Based on the Ford Mustang EcoBoost High-Performance Edition, the All Star Mustang EcoBoost HPP was created by Gene Tjin and represents a bit of a contrast to his brother Neil’s custom SEMA Ford Mustang Mach-E. However, the pony car’s most distinctive upgrade is its bright teal paint, which was applied by South County Auto Body and features white and orange accents to break up the beachy color.

That bright paint is enhanced by an Anderson Composites aero body kit, which provides the Mustang with a much more aggressive stance. An air suspension and a set of white Vossen LC2-A1 wheels wrapped with Falken FK510 tires take full advantage of that, and also cover custom orange-painted Baer Brakes that compliment one of the car’s accent colors. 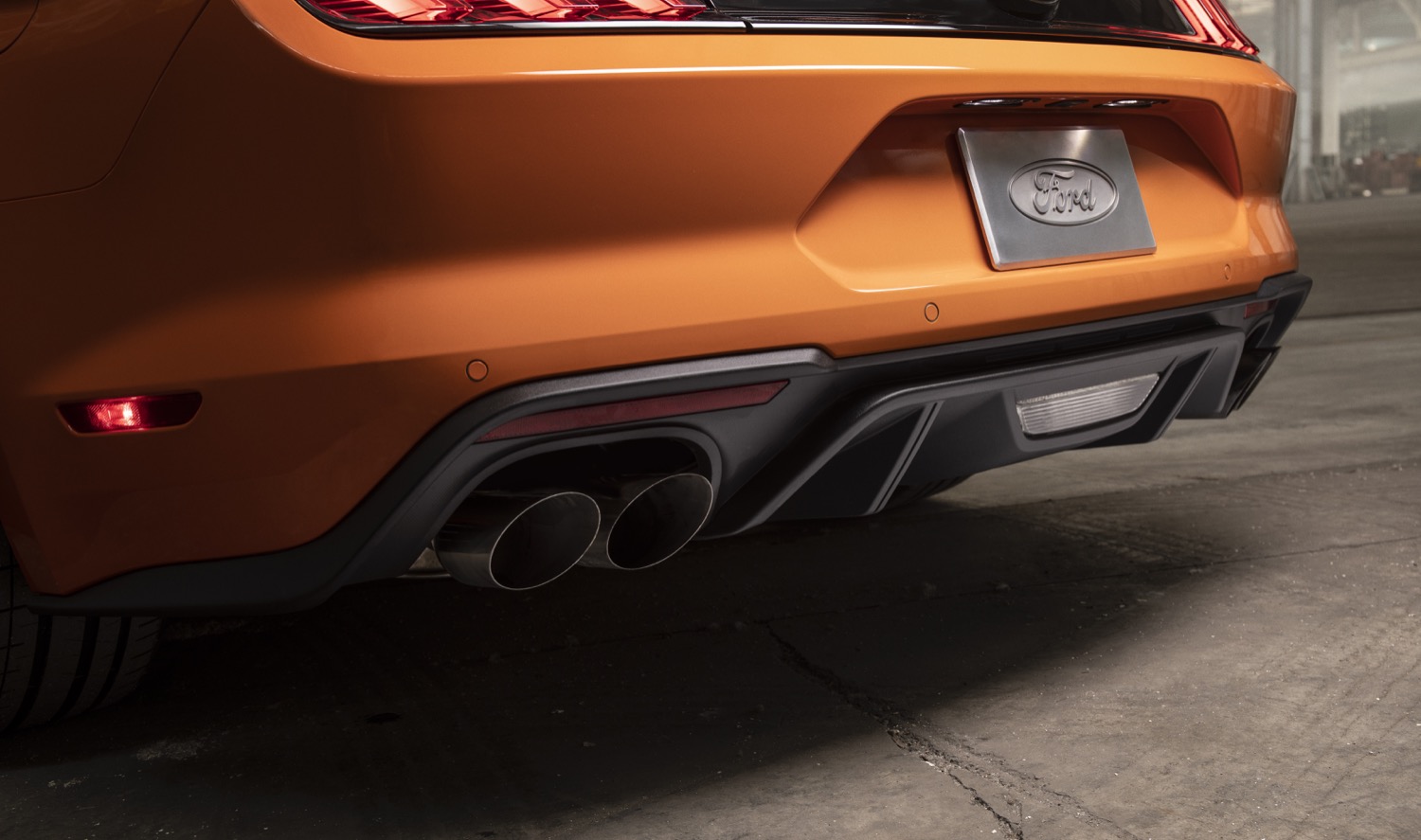 Tjin didn’t just settle for exterior enhancements, however, and treated the All Star Mustang EcoBoost to a full white Katzkin leather interior on the inside, as well as a pair of Almond surfboards up top to round out the build. On the performance side of things, Ford’s 2.3L EcoBoost I-4 has also been upgraded with a COBB Tuning intercooler and cold-air intake to extract a little bit of extra power.

We’ll have much more from the 2021 SEMA Show this week, so be sure and subscribe to Ford Authority for more Ford Mustang news and non-stop Ford news coverage.

2022 Ford Ranger Tremor By Outside Magazine Is Ready For Adventure: SEMA 2021