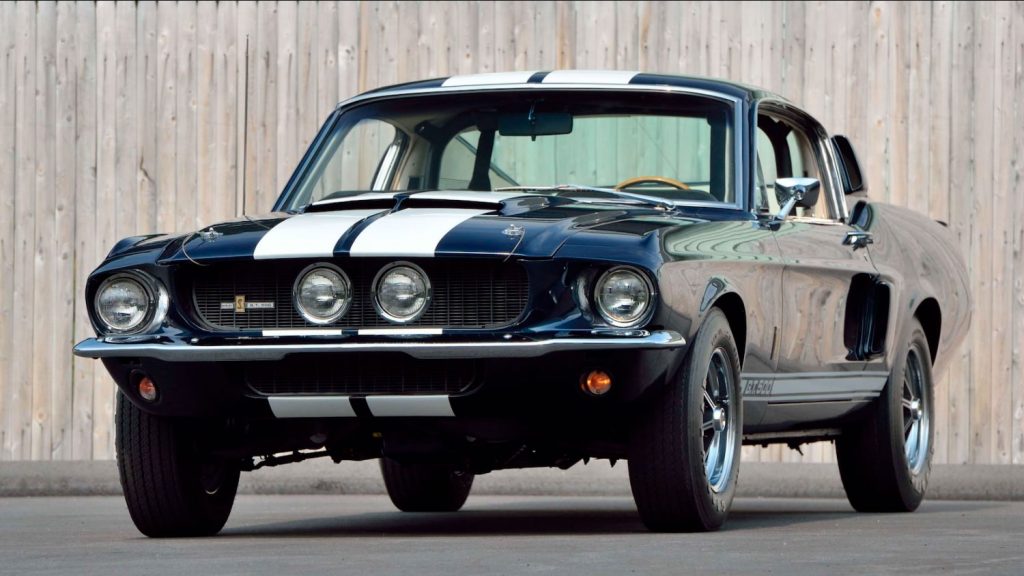 The Shelby Mustang lineup got a new player for the 1967 model year in the guise of the Shelby GT500, which was powered by a 428 cubic-inch V8 Police Interceptor engine fed by a pair of Holley 600-CFM carbs sitting atop a mid-rise aluminum intake. Either a four-speed manual or three-speed automatic transmission could be had. 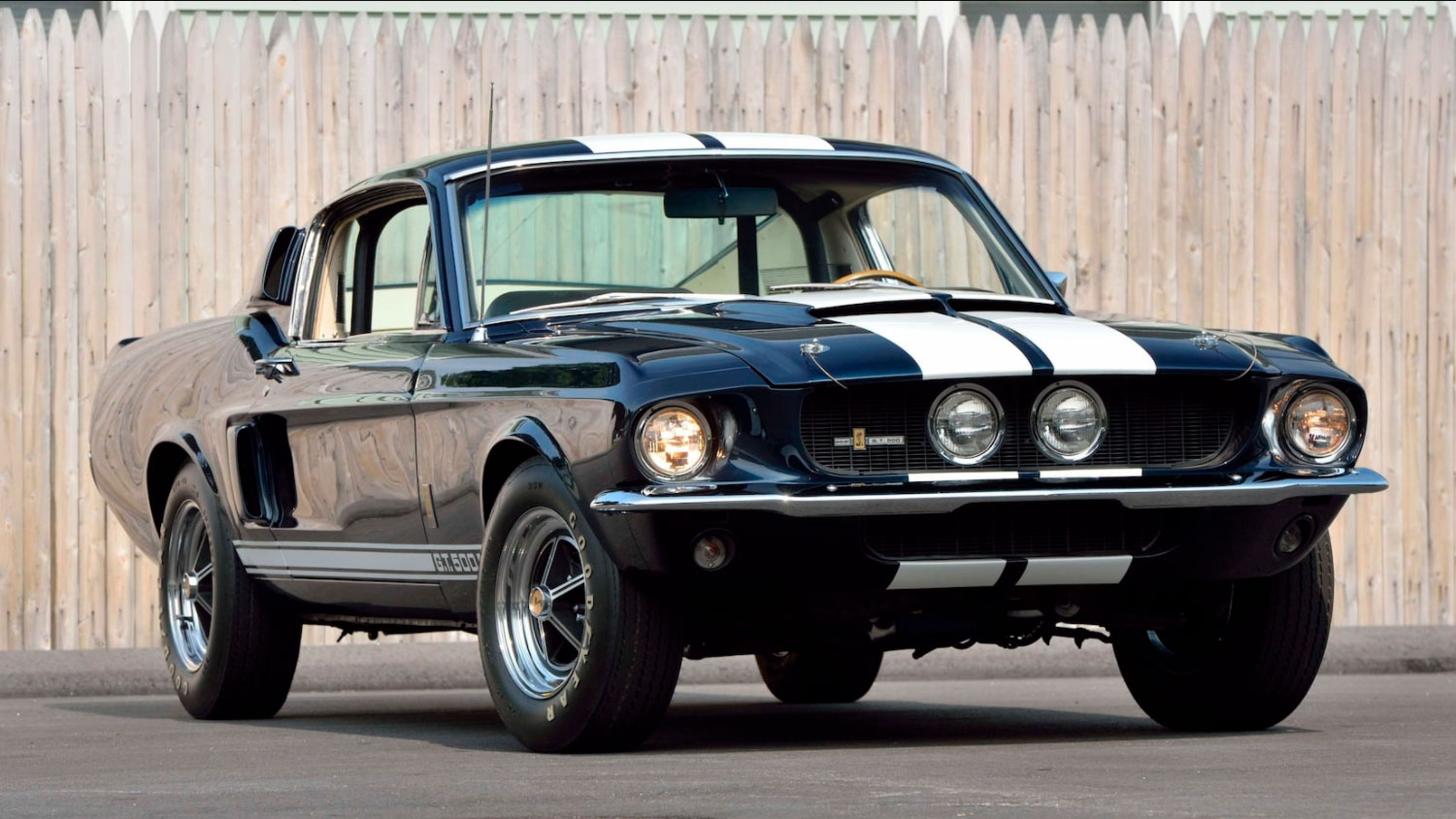 The Shelby GT500 was more of a grand touring car, as opposed to the more competitive focus of the 1965 and 1966 Shelby GT350 models. The GT500 could be optioned with power steering, power brakes with front discs, air conditioning, and a usable back seat. The hood was longer with a wider hood scoop, though still made from fiberglass. The outer headlights were supplemented by two inner headlights situated in the center of the grille. The tail section was made of fiberglass, as were the four side air scoops. Stiffer springs, an anti-roll bar, and Gabriel adjustable shocks rounded out the equipment list. 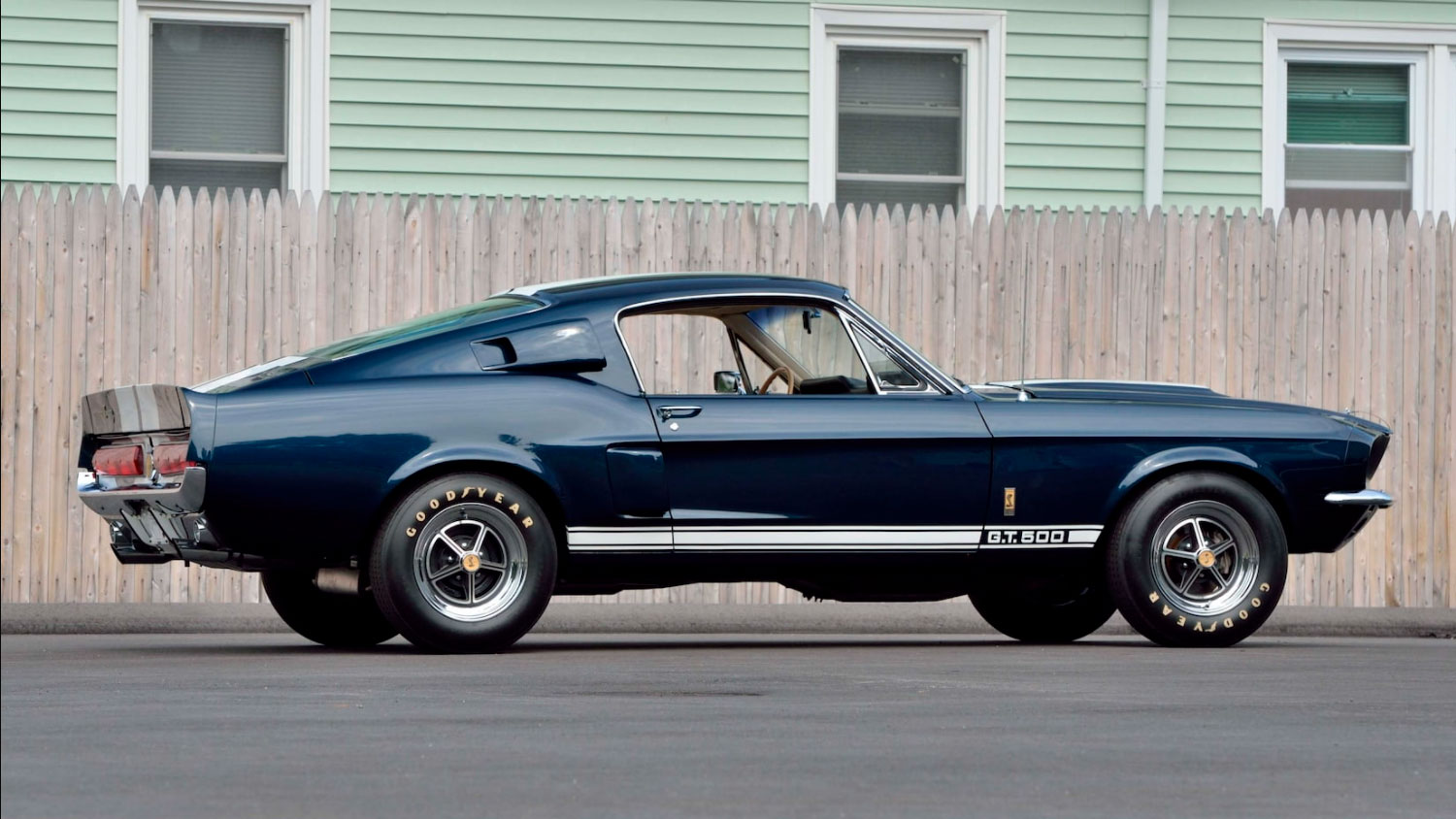 Our feature 1967 Shelby GT500, number 643, is one of forty-seven so equipped. It was the subject of a concours-level restoration that was completed in 2007. It is a multiple show winner, having captured concours wins at Shelby American Automobile Club 11 in Dearborn, Michigan, SAAC 12 in Charlotte, North Carolina and SAAC 13 in Santa Rosa, California as well as the Premier Division winner at SAAC 14 in Pocono, Pennsylvania and SAAC 15 in Dearborn, Michigan. 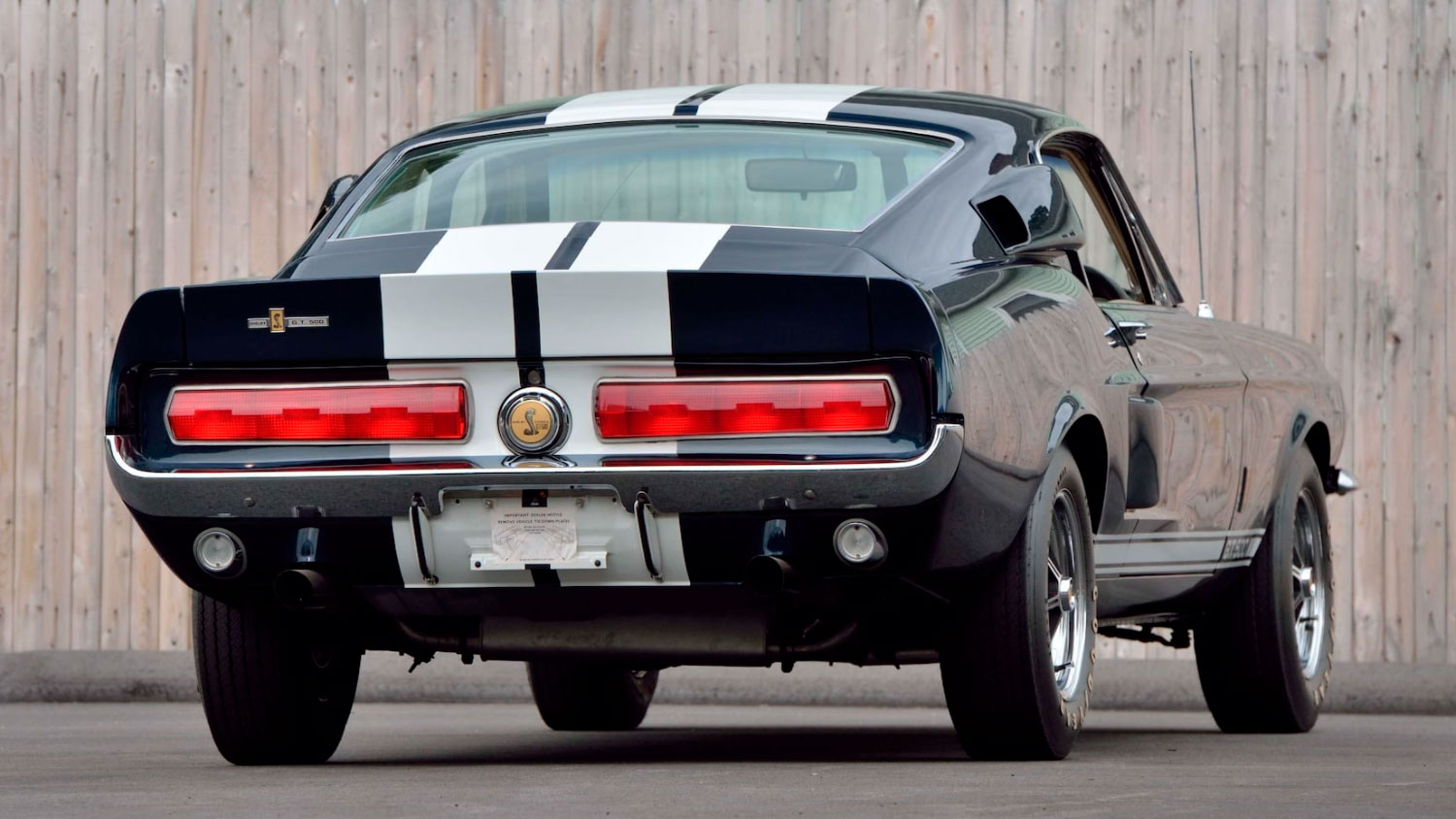 This Shelby GT500 was shipped new to University Ford Sales in Champaign, Illinois. Finished in lustrous Dark Blue with white stripes, its 428 cube Police Interceptor is backed by a Toploader four-speed manual. It is equipped with power steering and power brakes with front discs. Chrome bumpers and trim look to have been re-plated. Stainless trim is polished to a brilliant fault. The Shelby Magstar five-spoke wheels are wrapped in raised white letter Goodyear bias plies. 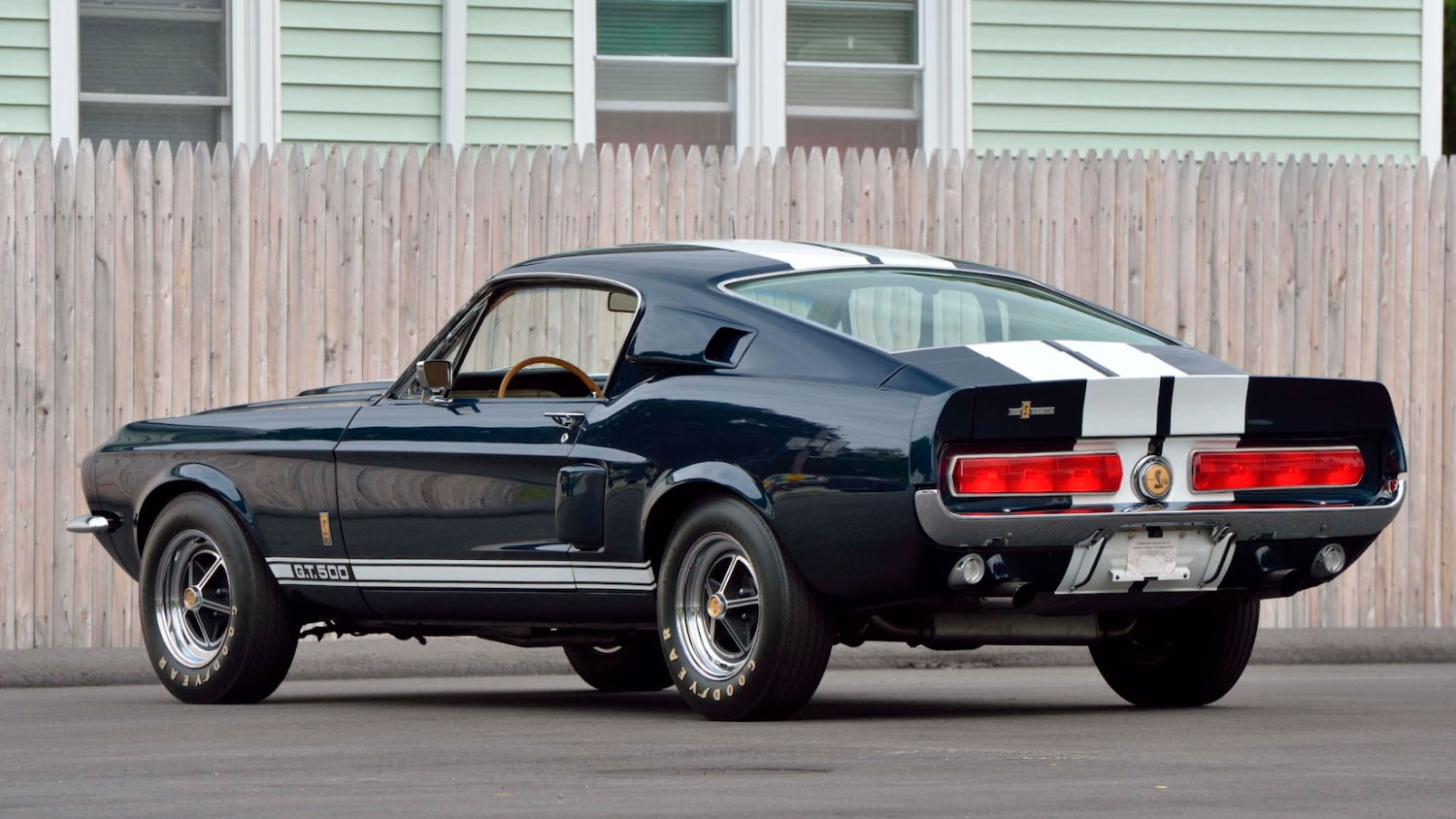 Inside the Shelby GT500 is awash in Parchment upholstery. The seats show little sign of use, and the black carpet shows only some dusty heel prints. Racing harnesses hang from the factory rollbar. Trim finishes are in fine nick. The finishing touch is Carroll Shelby’s autograph above the glovebox door. 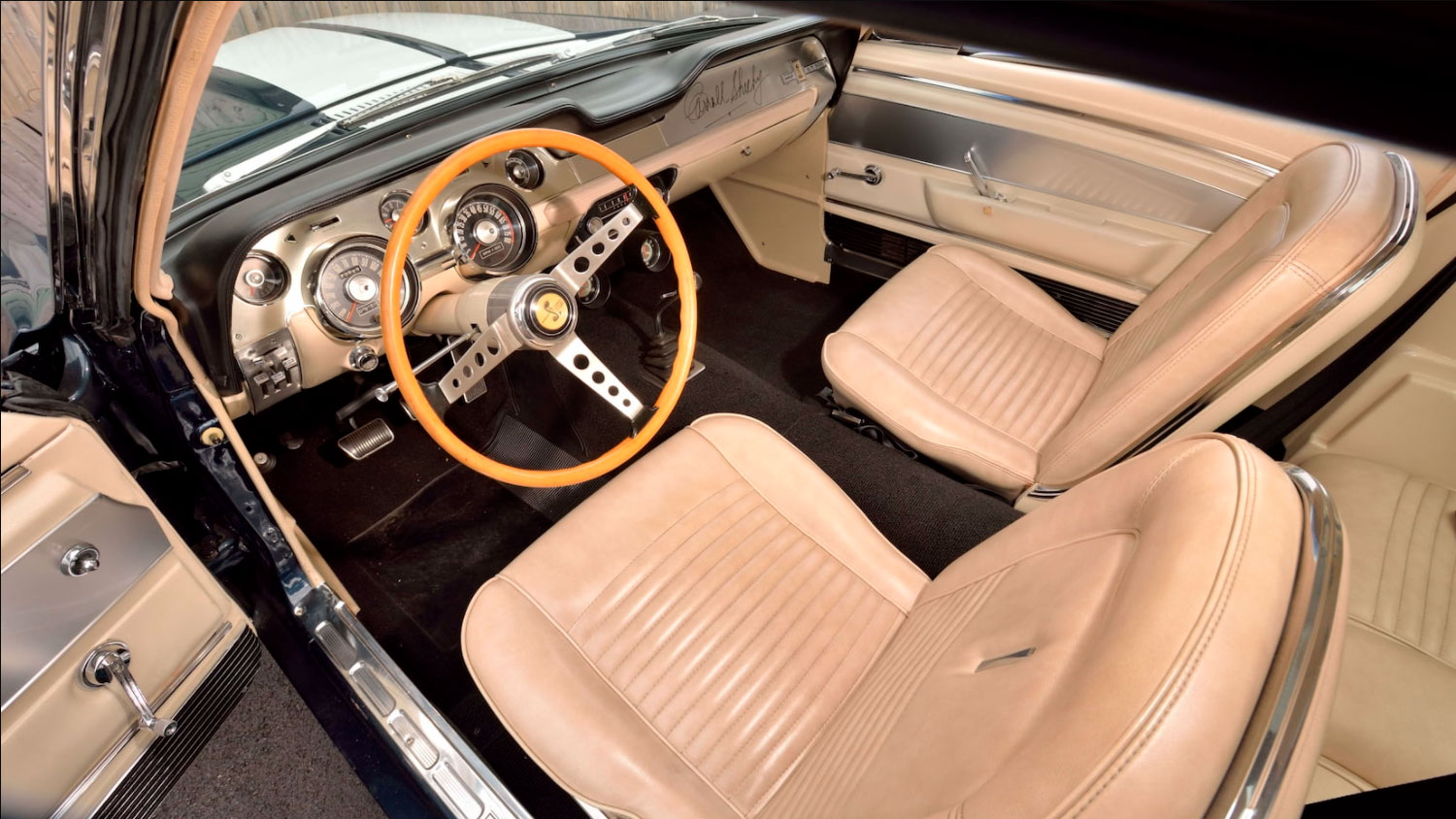 The engine compartment of the Shelby GT500 is home to the 428 Police Interceptor rated at 355 horsepower. The engine bay has been well detailed, and appears to be quite correct. Eagle-eyed observers will note the VIN plate on the driver’s side inner fender appears to have cracked at one of the rivets. 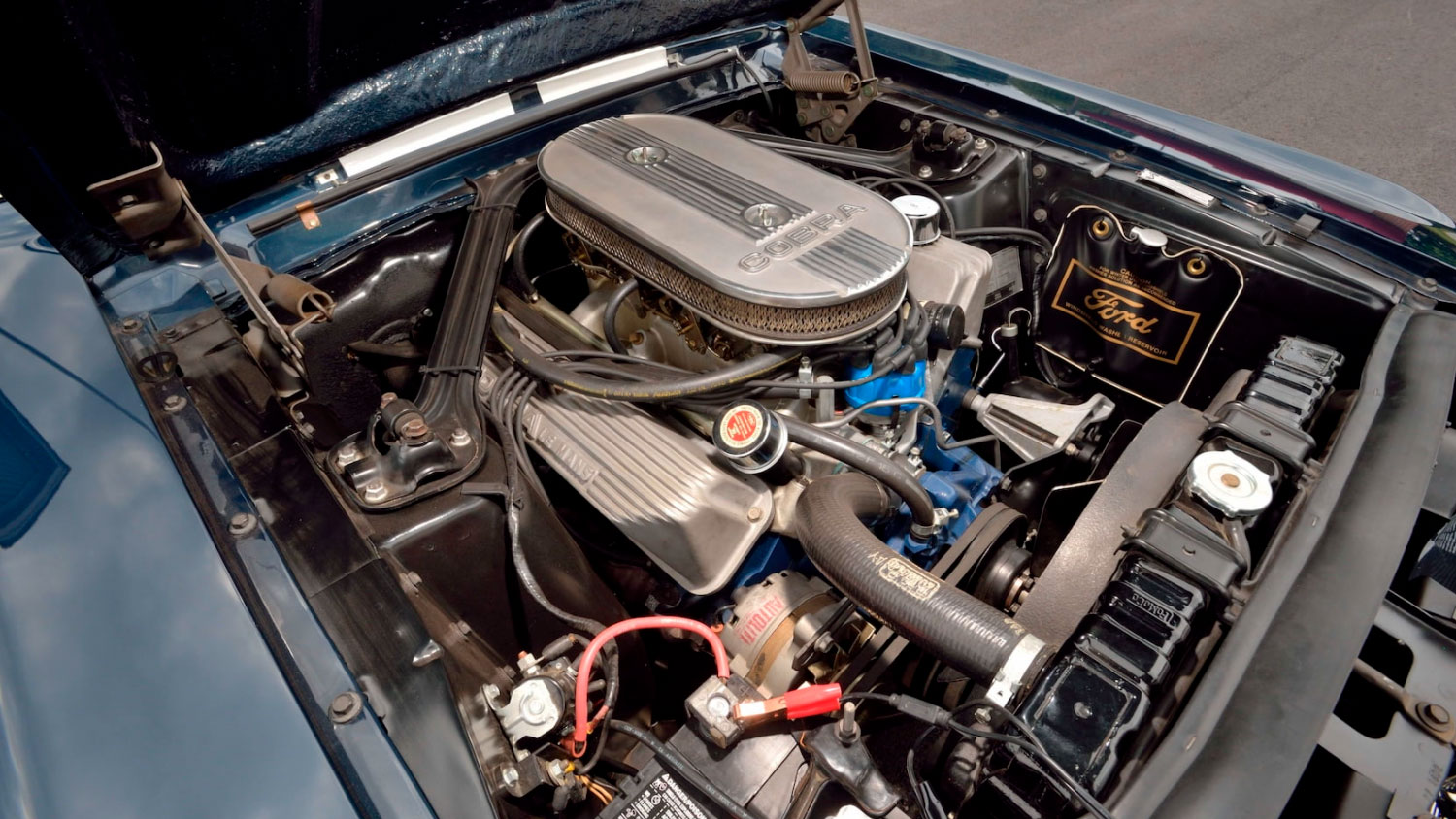 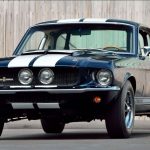 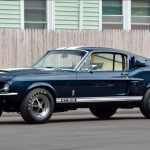 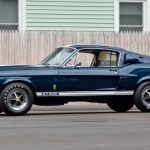 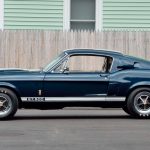 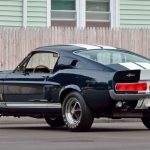 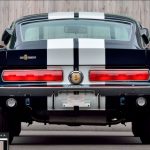 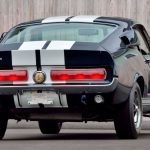 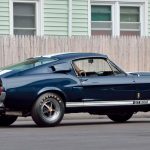 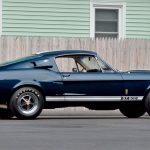 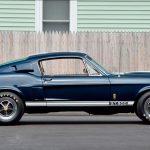 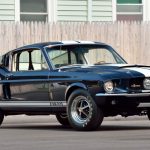 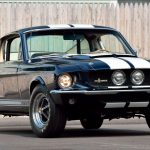 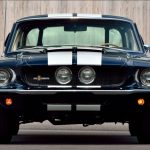 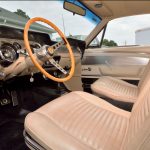 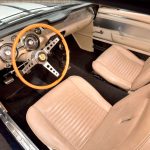 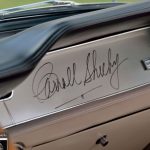 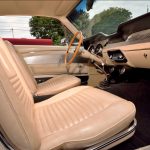 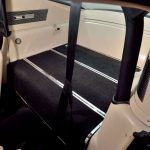 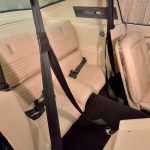 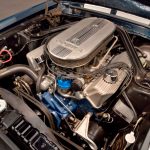 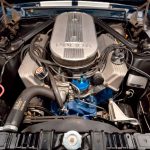 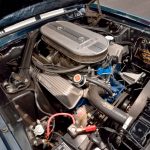 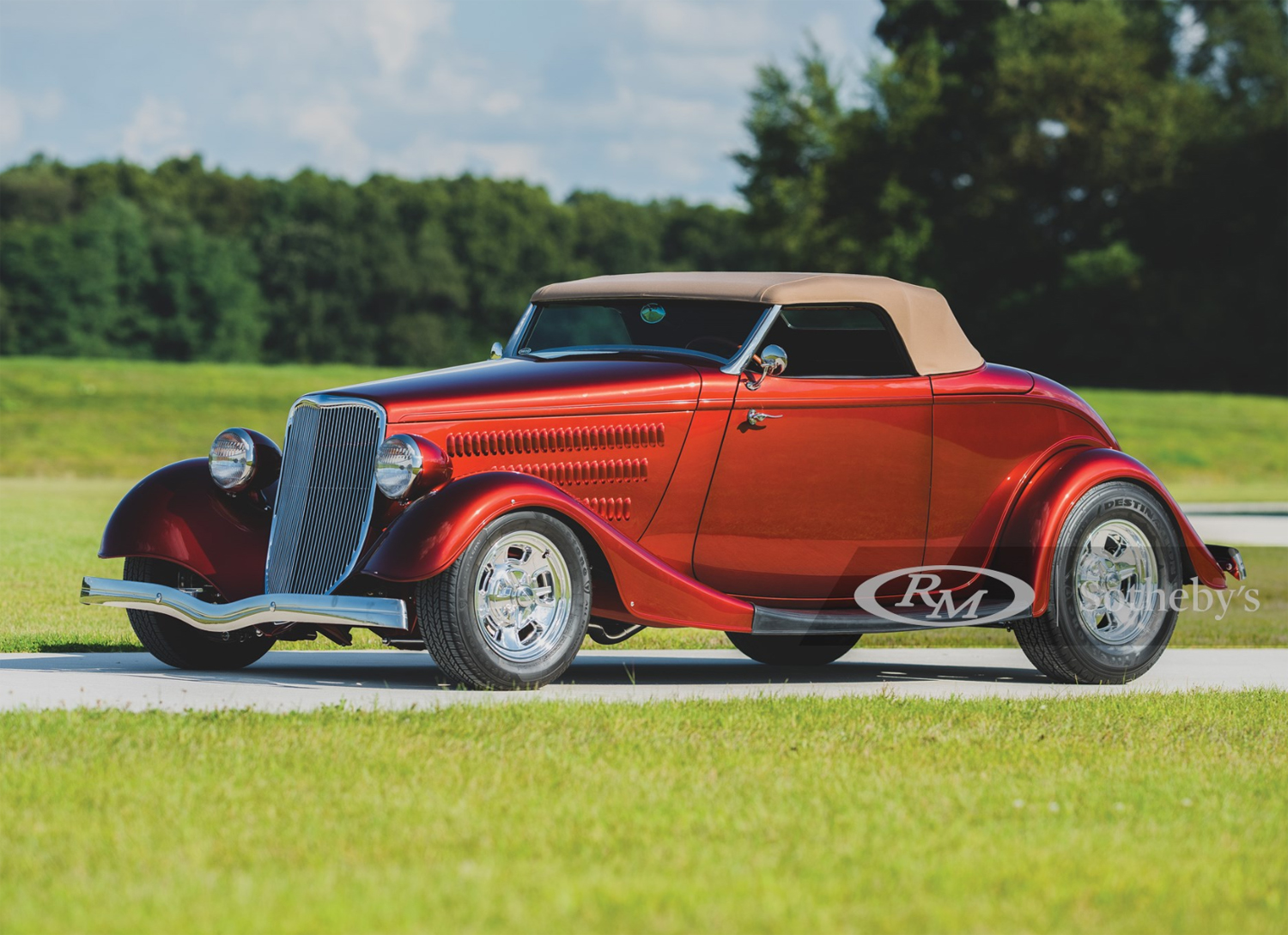