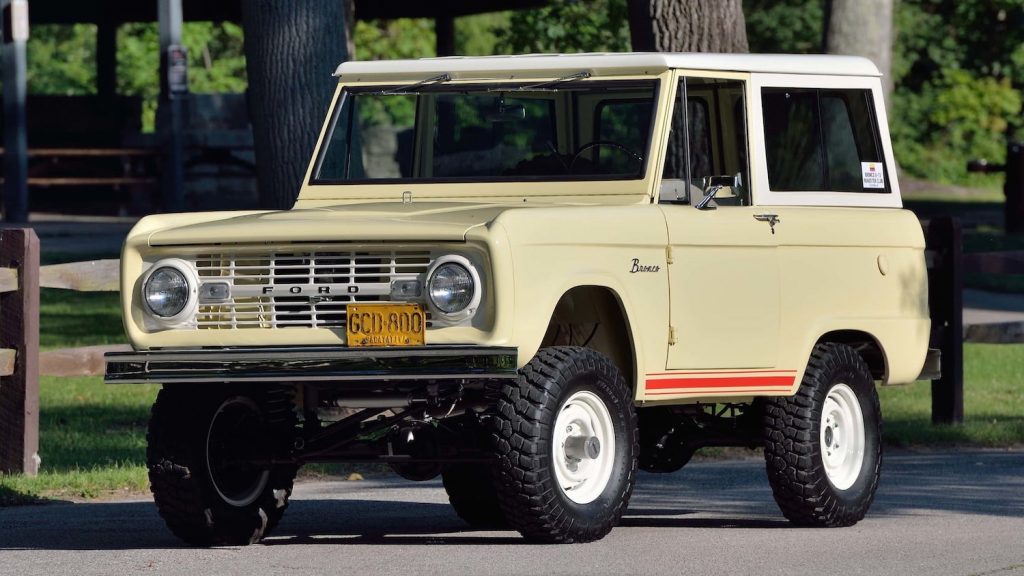 First-gen Ford Bronco values have skyrocketed in recent months, though the same can also be said for later generations as well, since Bronco fever is in full effect with the all-new sixth-gen 2021 Ford Bronco hitting the streets. All of that means this extremely rare 1967 Ford Bronco headed to Mecum’s upcoming Kissimmee, Florida auction in January will likely command big bucks before the hammer falls. 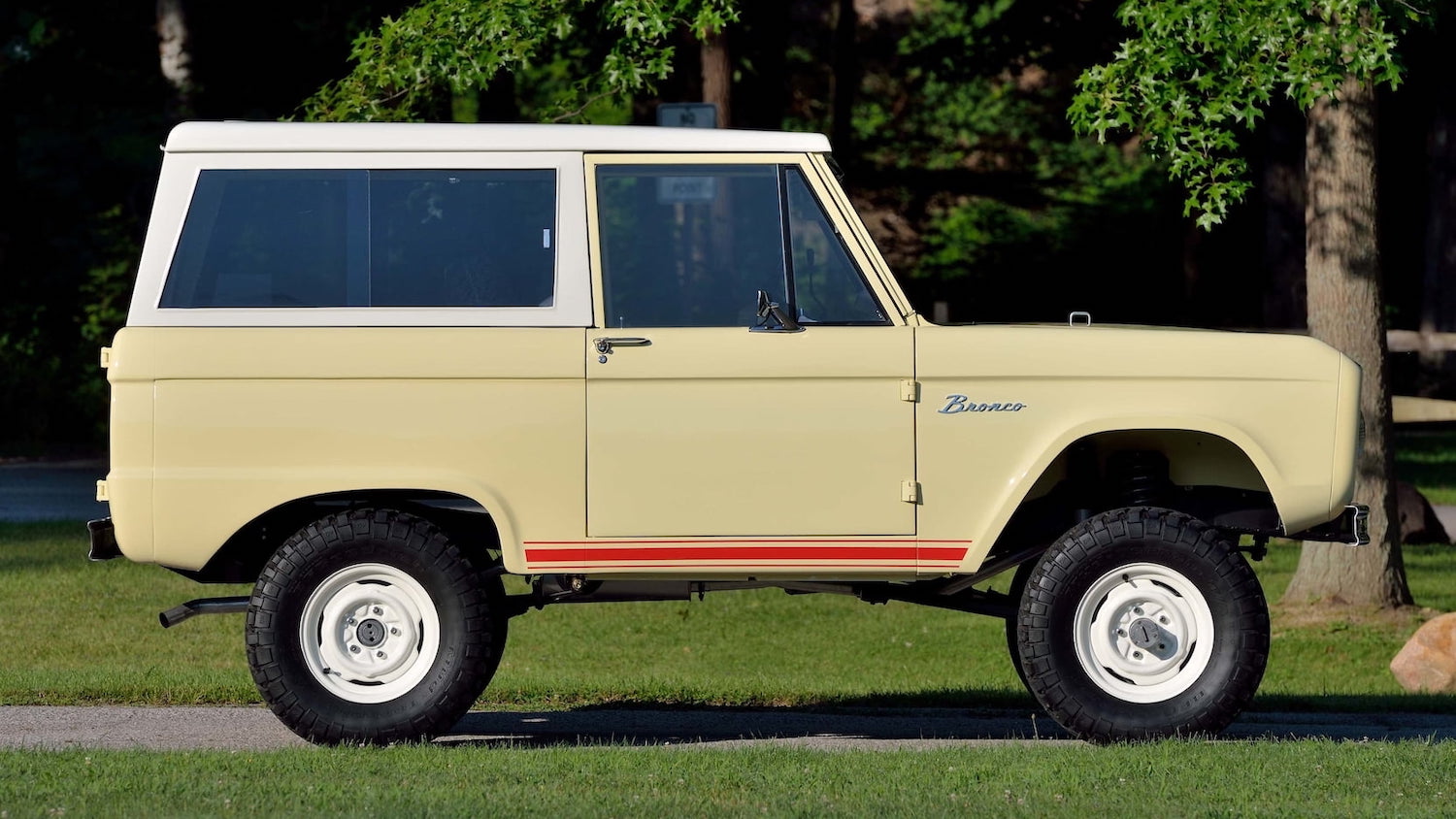 All first-gen Broncos go for big money these days, but this 1967 Ford Bronco is a bit more special than most. For starters, it’s one of just 698 U13 Roadsters produced in this particular model year, as well as one of around 5,000 produced in total across three model years. This ’67 Roadster was also one of a handful that was exported to South America in December 1966. During its time in Columbia, the vintage SUV received a set of custom-fabricated rear barn doors and a one-off top to boot. 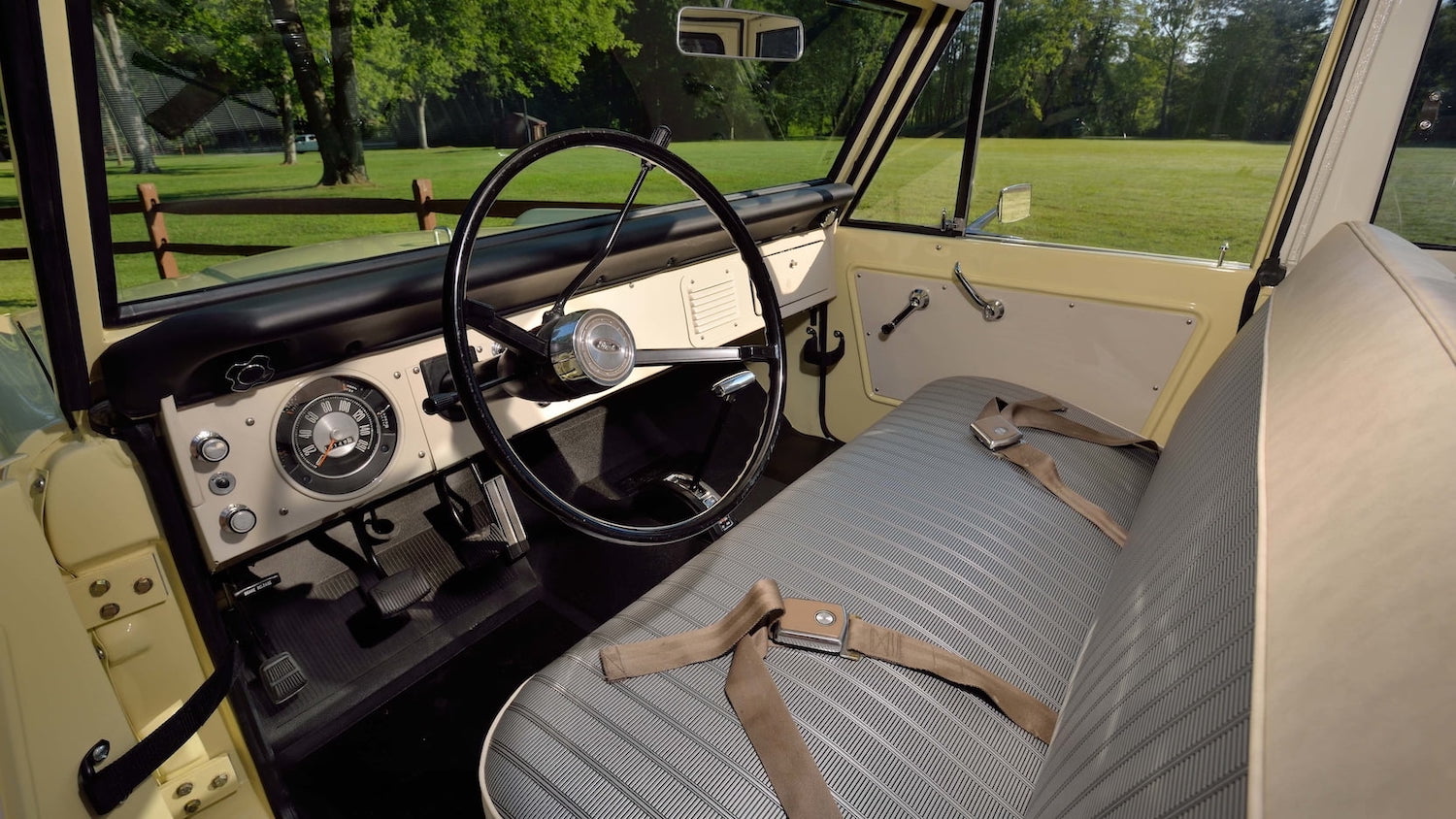 The Bronco Roadster remained in South America until 2016, when it was sold and brought back to the U.S. The new owner proceeded to restore it back to its original condition, and today, it’s the only restored Columbian Bronco export known to exist in America. Aside from the attention-grabbing white custom top, the vintage ride also comes with loads of documentation including a Marti report, owner’s manual, and import documents that help trace its world travels. 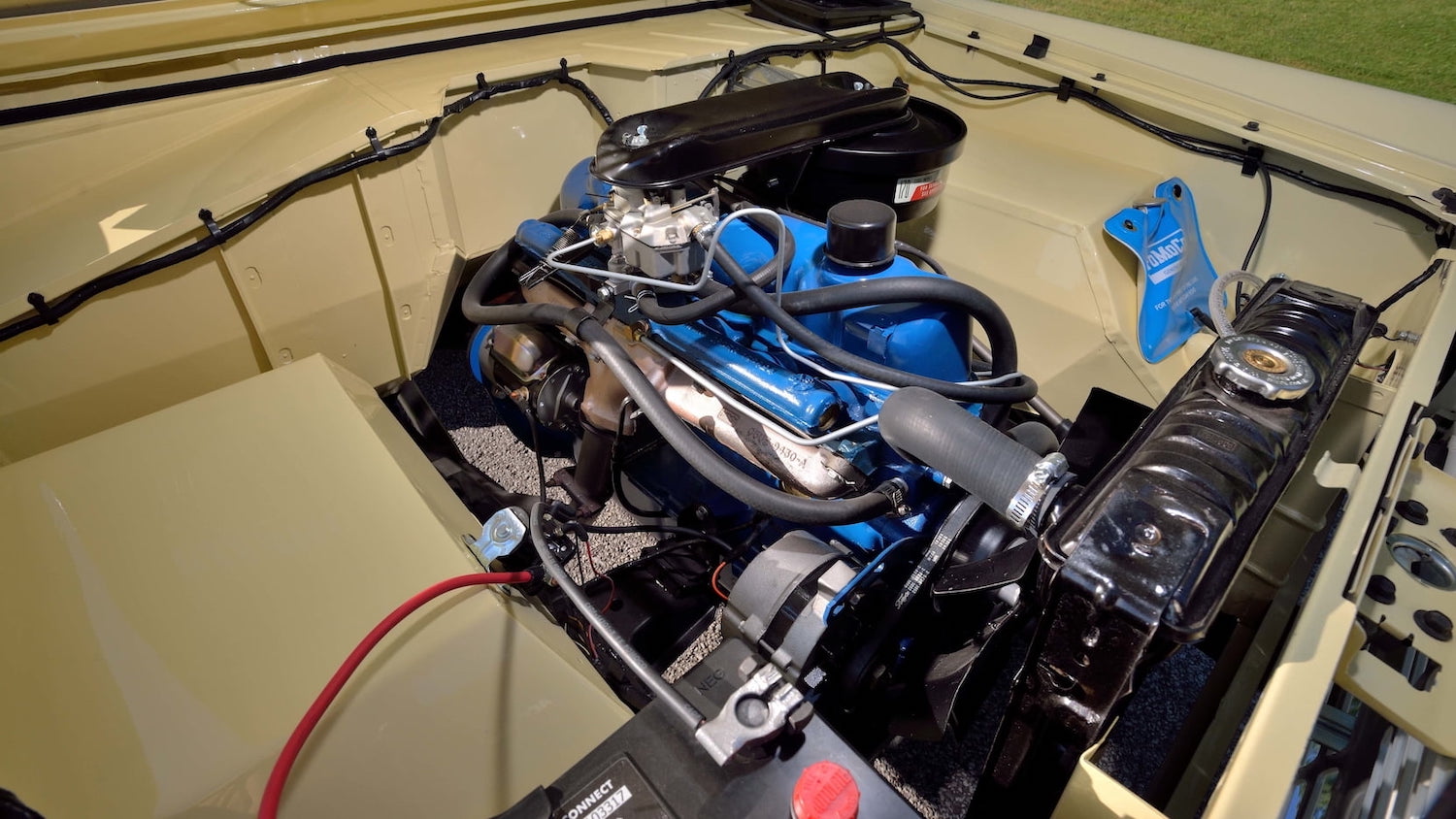 The Springtime Yellow ’67 looks no worse for wear today, presenting as new, inside and out. The bench seat has even been recovered in the same SMS material that Ford originally used, and power is provided by the same 170 cubic-inch inline six-cylinder engine – mated to a three-speed column-mounted manual transmission – that’s been under the hood since day one. 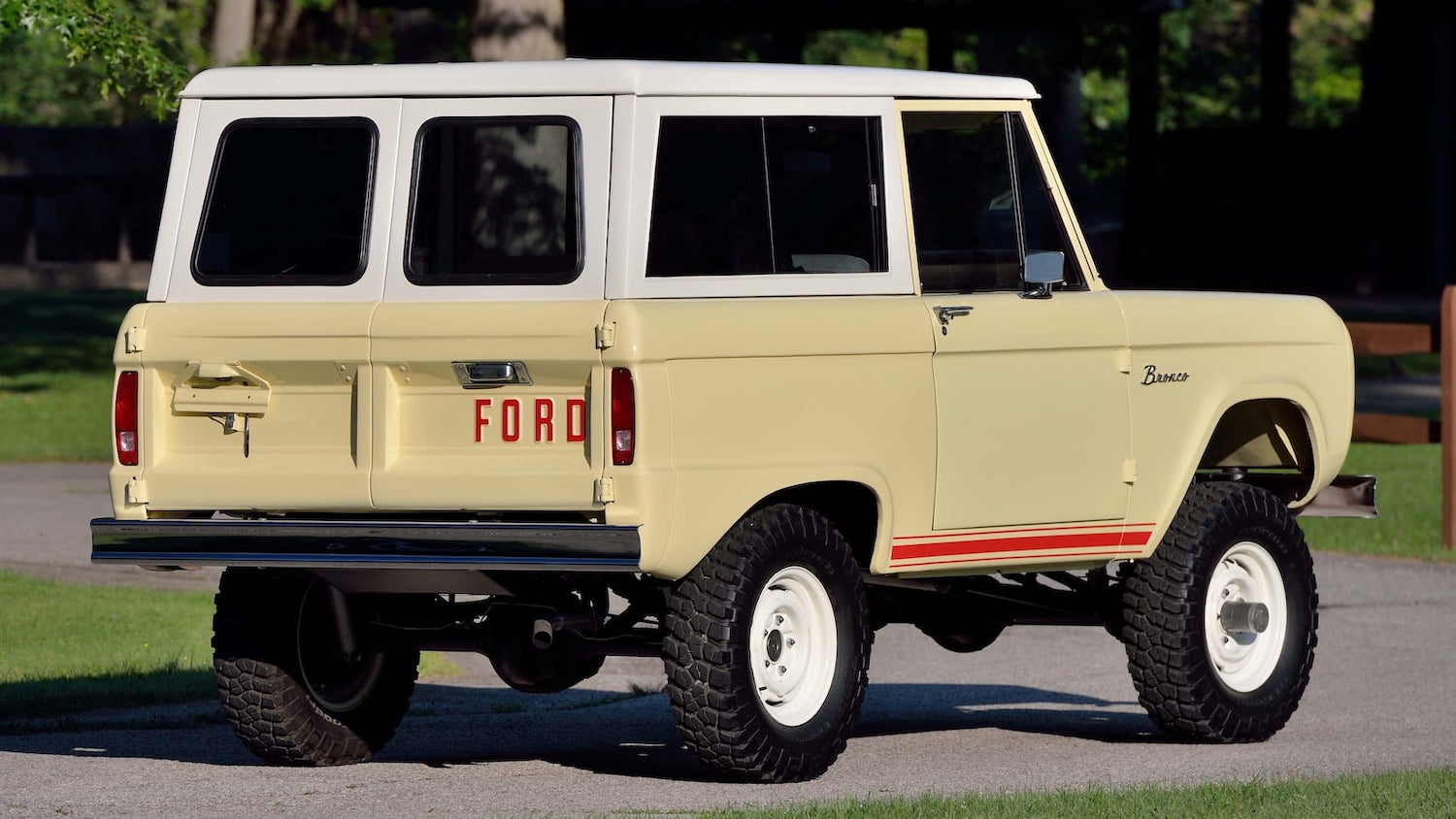 Aside from the aforementioned modifications, this Roadster has been treated to a 2.5-inch lift and BFGoodrich mud-terrain tires, but otherwise, it’s a cool and rare piece of Bronco history that’s guaranteed to attract a lot of attention when it rolls across the auction block in a couple of months.