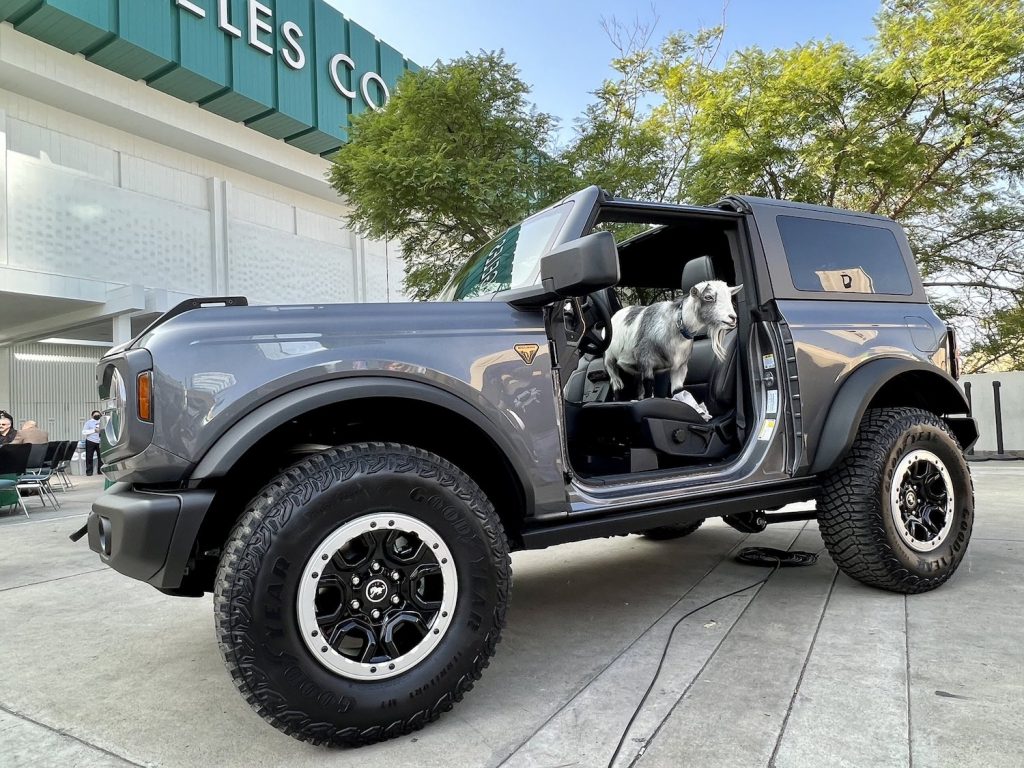 Back in January, FoMoCo launched a new ad campaign dubbed “Raised by Goats,” a clever and humorous way to bring attention to the 2021 Ford Bronco and Ford Bronco Sport G.O.A.T. modes, which are essentially just terrain management modes that Ford says enable both vehicles to “go over any terrain.” At this week’s LA Auto Show, it took that concept just a bit further by bringing along real, actual goats to the event, which got to hang out inside and outside of of a new Ford Bronco. 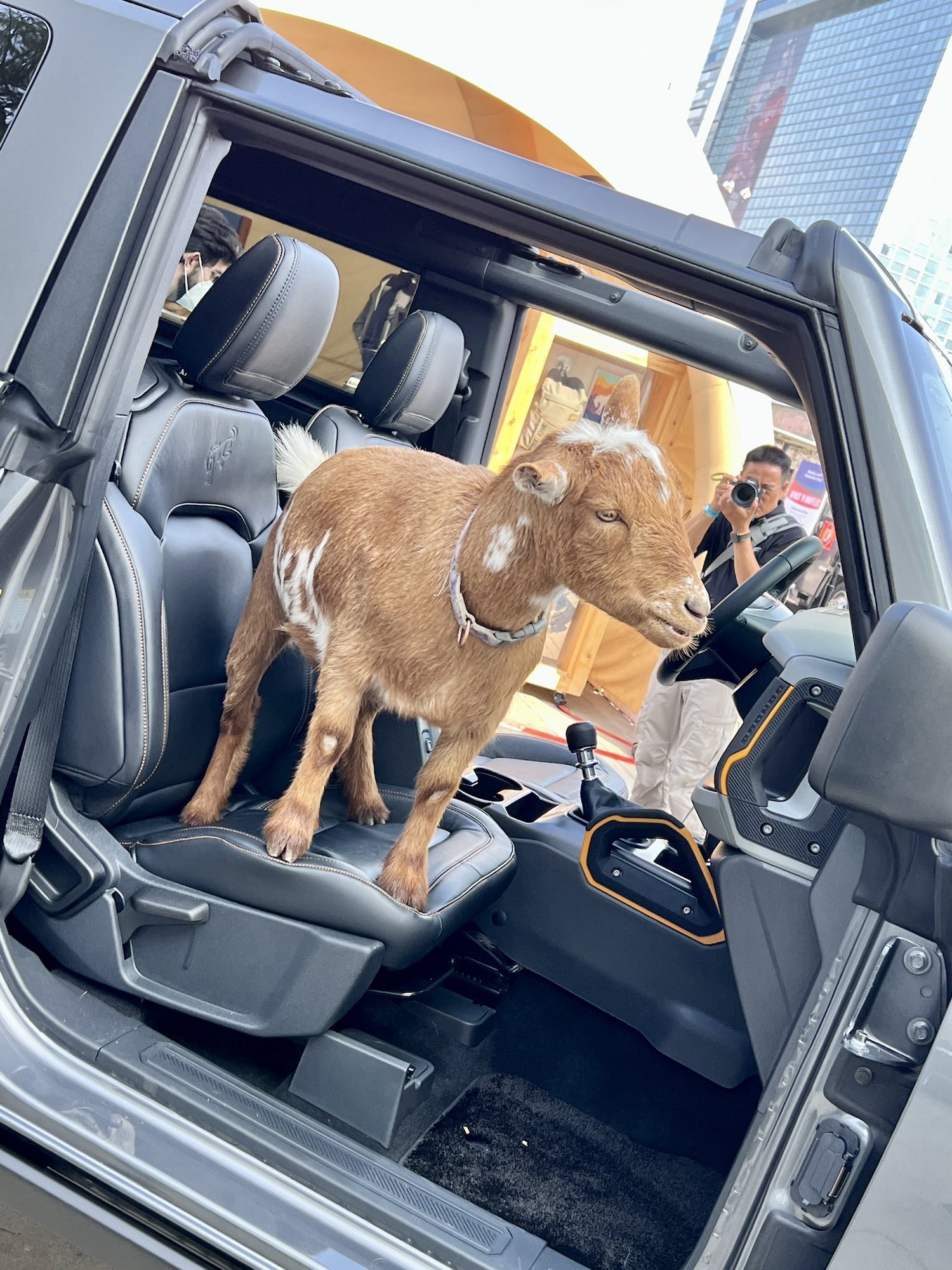 In these photos from Ford North America Product Communications director Mike Levine, we can see the goats enjoying their 15 minutes of fame, as well as the the comfy interior of this Bronco Badlands two-door equipped with the Sasquatch Package. It appears that the fuzzy creatures also participated in some goat yoga, which is all the rage these days. 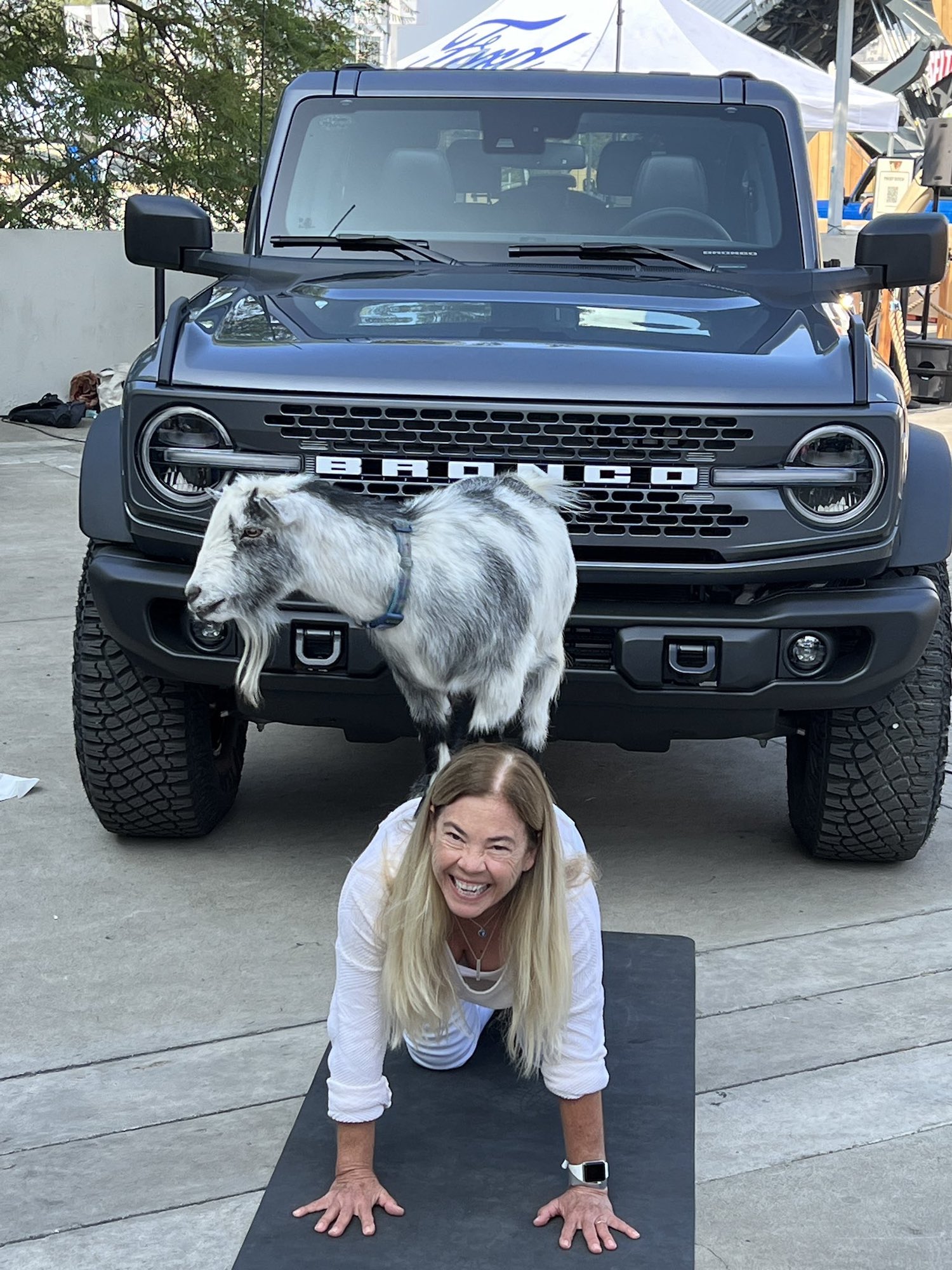 All jokes aside, the Bronco’s G.O.A.T. modes are more than just useful driving modes – the term “G.O.A.T.” was also the original internal code name for the 1966 Ford Bronco project, the very first Bronco produced. As for the new Bronco, it can be equipped with up to eight of these modes, depending on trim and configuration.

The big Bronco can be equipped with the following G.O.A.T. modes – Normal, which is used for everyday driving, Eco, which is designed to save fuel, Sport, which adds some extra power when needed, Slippery, which is used for driving in rain, snow, and slushy road conditions, Sand, used specifically for driving over sand and loose surfaces, Baja, for navigating deserts at high speed, Mud/Ruts, which is used on muddy trails, and Rock Crawl, which is best for super rocky areas and mountains.