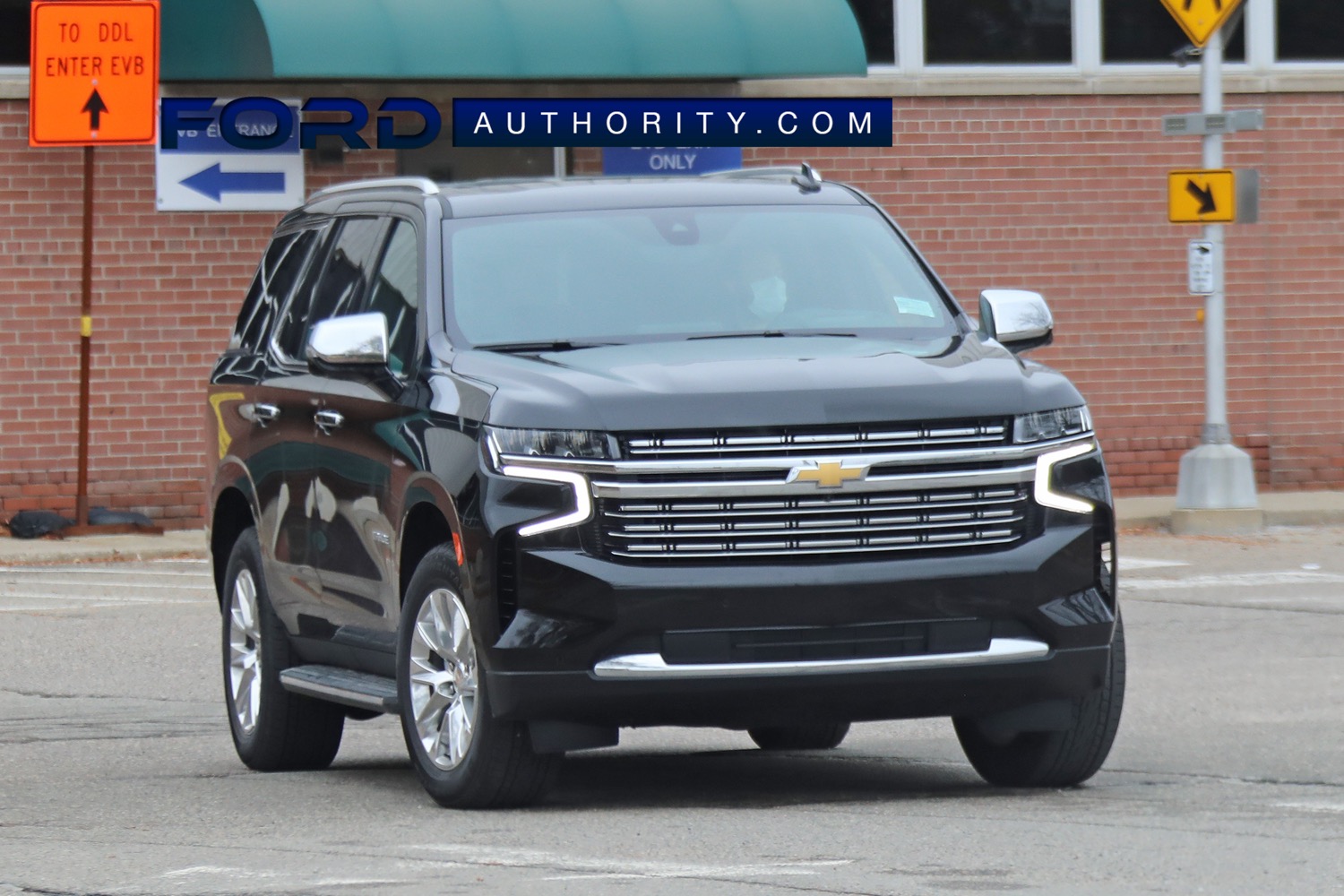 As is the case with all automakers, Ford benchmarks its competition on a regular basis, purchasing vehicles to evaluate them and develop its own future products. That includes multiple models from FoMoCo’s chief rival, General Motors, including, most recently, the C8 Corvette and Cadillac Escalade. Now, as the recently revealed, refreshed 2022 Ford Expedition nears its launch, Ford Authority spies have caught The Blue Oval benchmarking the SUV’s biggest rival, the Chevrolet Tahoe Premier. 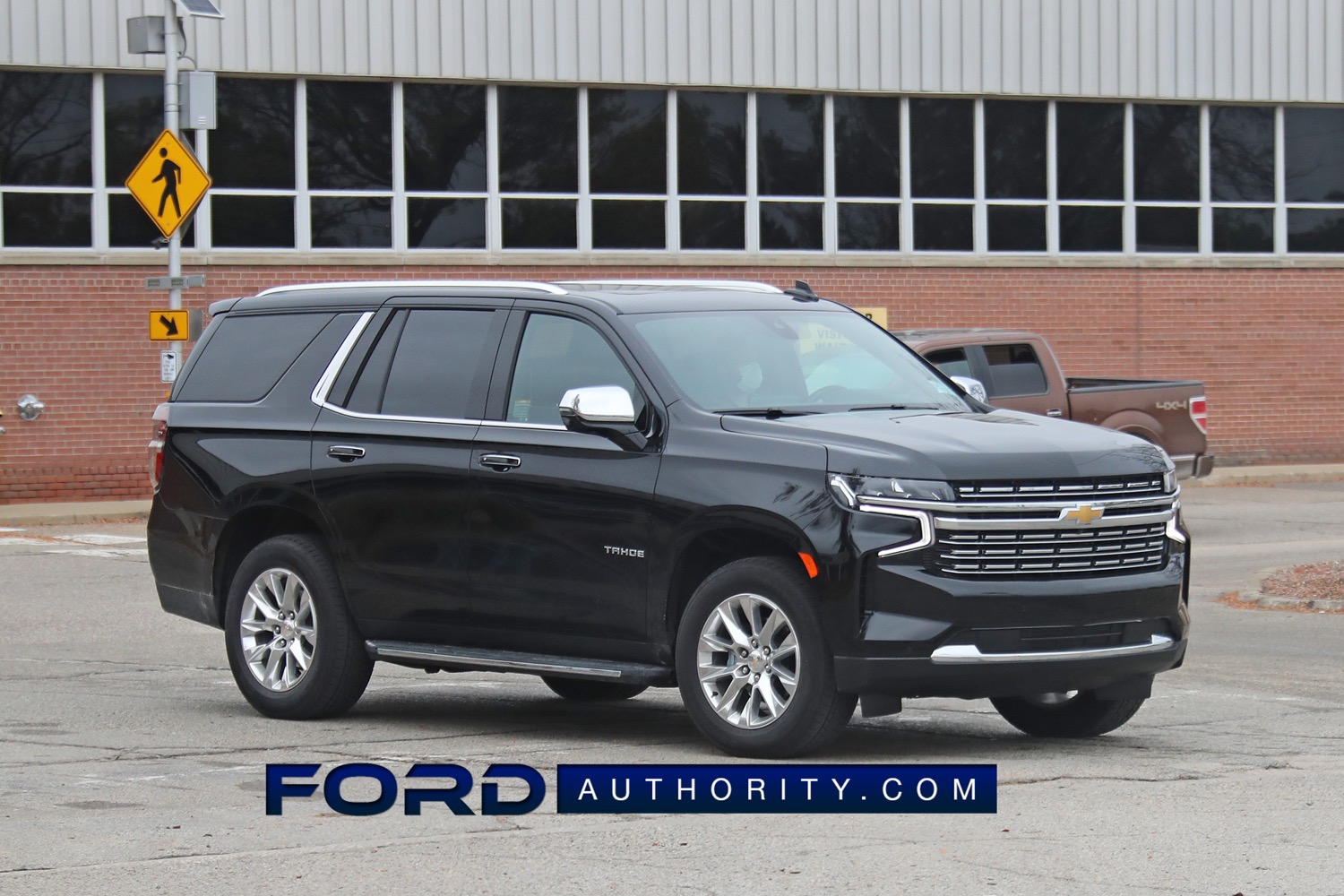 This particular Chevrolet Tahoe Premier is a Ford-owned vehicle and was spotted driving around near the automaker’s Dearborn campus in Michigan. It’s equipped with GM’s naturally-aspirated 6.2L V8 – a type of powerplant that isn’t available in the Expedition, which is sold exclusively with Ford’s 3.5L EcoBoost V6. 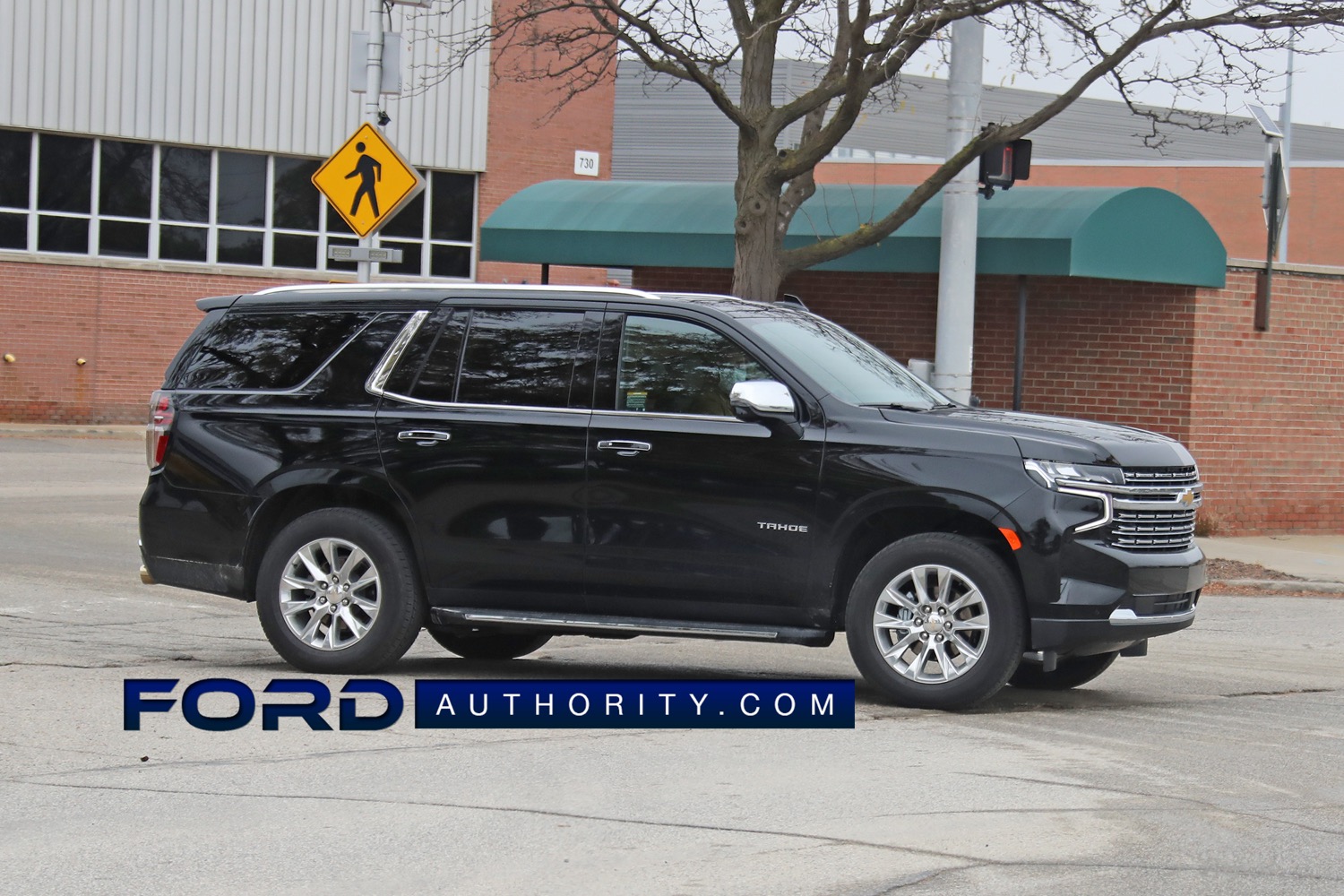 The Tahoe, which is all-new for the 2021 model year, also currently tops the mainstream full-size SUV sales charts, commanding a 29 percent share of the segment. It’s is joined by the longer-wheelbase Suburban, as well as its platform-mate, the GMC Yukon and Yukon XL, which also hold a significant amount of market share. However, the Expedition is close behind the Tahoe with a 25 percent market share, trailing the GM SUV by just under 11,000 units year-to-date as of the end of September. 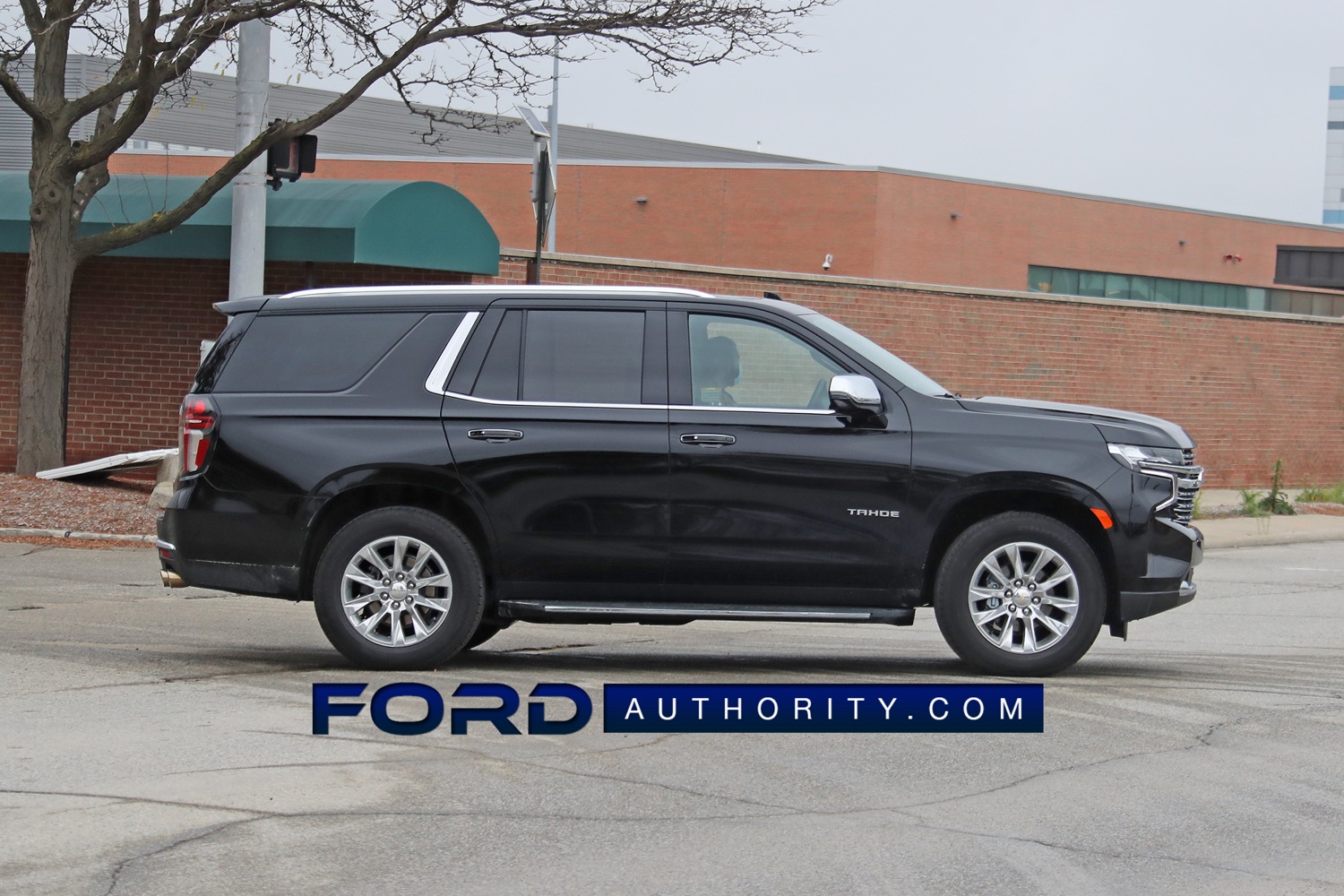 In addition to styling and tech updates, the 2022 Expedition also adds the new off-road-focused Timberline and street-performance-focused Stealth Edition Performance Package. Both of the latter models are powered by the high-output version of Ford’s 3.5L EcoBoost V6, which is rated to produce 440 horsepower and 510 pound-feet of torque. 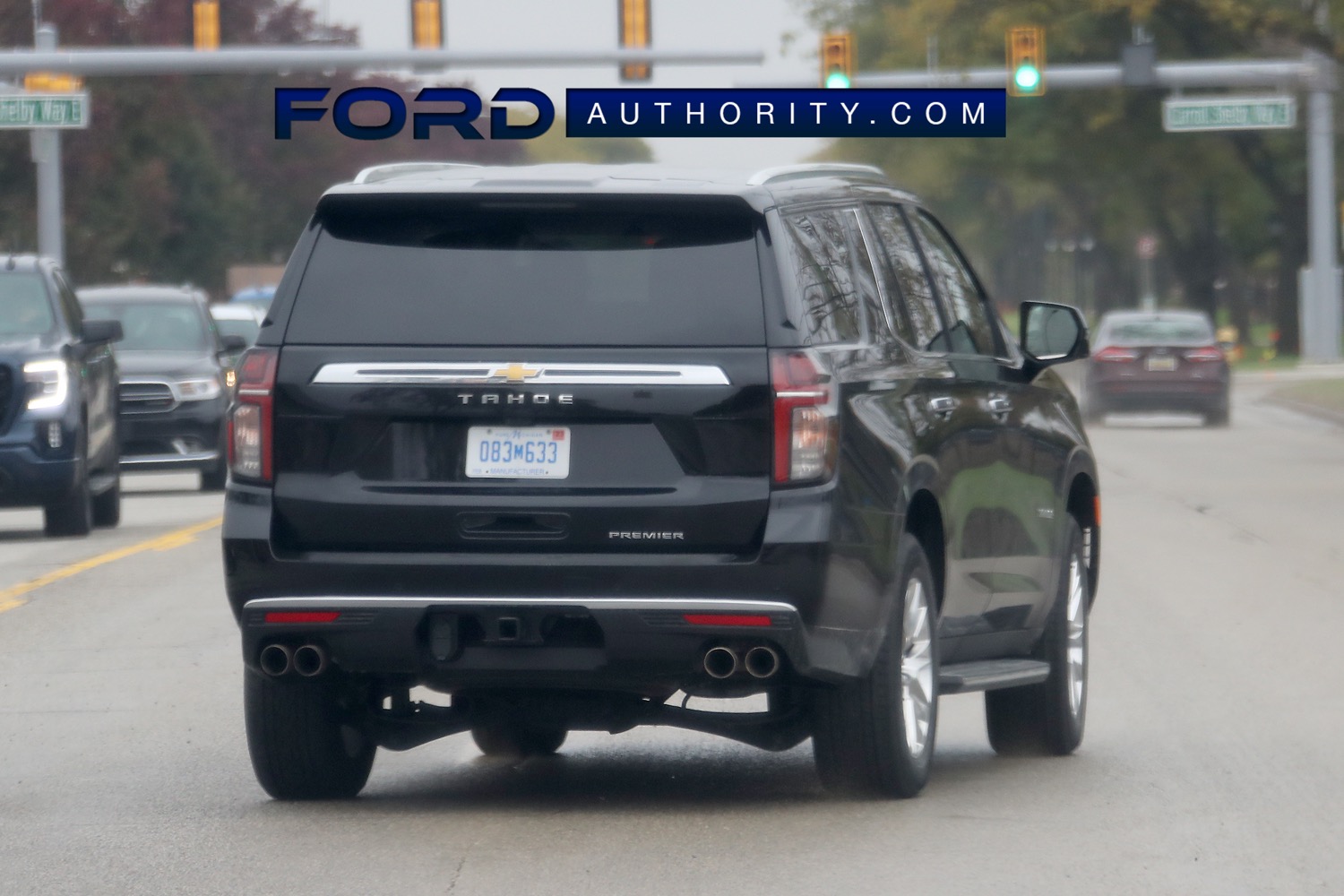 The 2022 Ford Expedition will continue to be built at the Ford Kentucky Truck Plant and is scheduled to launch in Q1 of 2022.