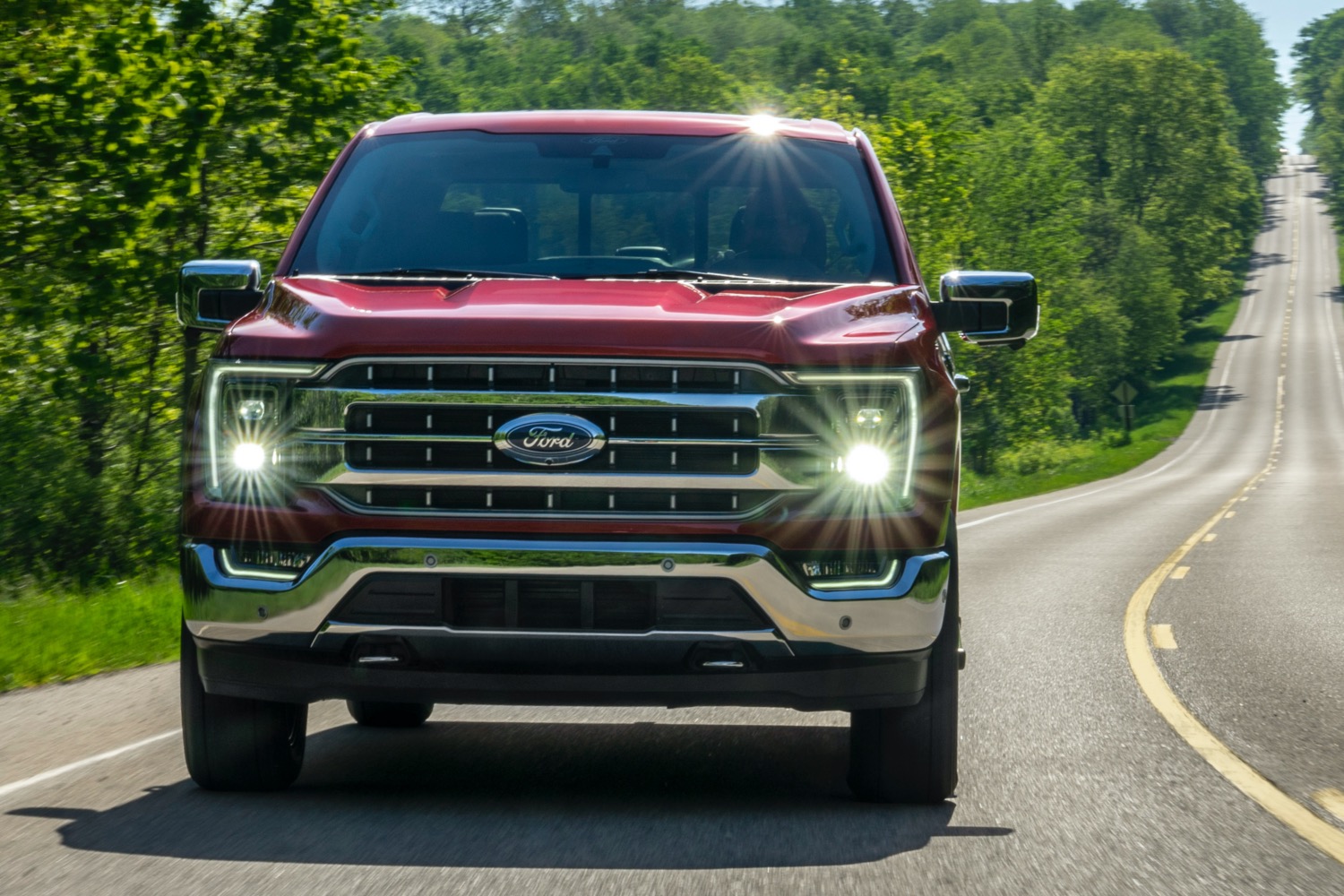 Ford F-Series fans have had plenty of eye candy to check out at the 2021 SEMA Show this week, including a whole slew of concept trucks from aftermarket companies such as Hypertech, Addictive Desert Designs, Advanced Accessories, BTR, and Hellwig, not to mention the all-electric 1978 F-100 Eluminator from Ford itself. But there were plenty of new and awesome 2021 Ford F-150 performance parts revealed at SEMA as well, including a tuner from Livernois and now, a Ford Performance 2021 F-150 supercharger kit for the SEMA Truck of the Year‘s 5.0L Coyote V8, which Mike Goodwin, Engines/Drivetrain/Calibrations Product Manager at Ford Performance, provided the details of to Ford Authority executive editor, Alex Luft, in a recent interview. 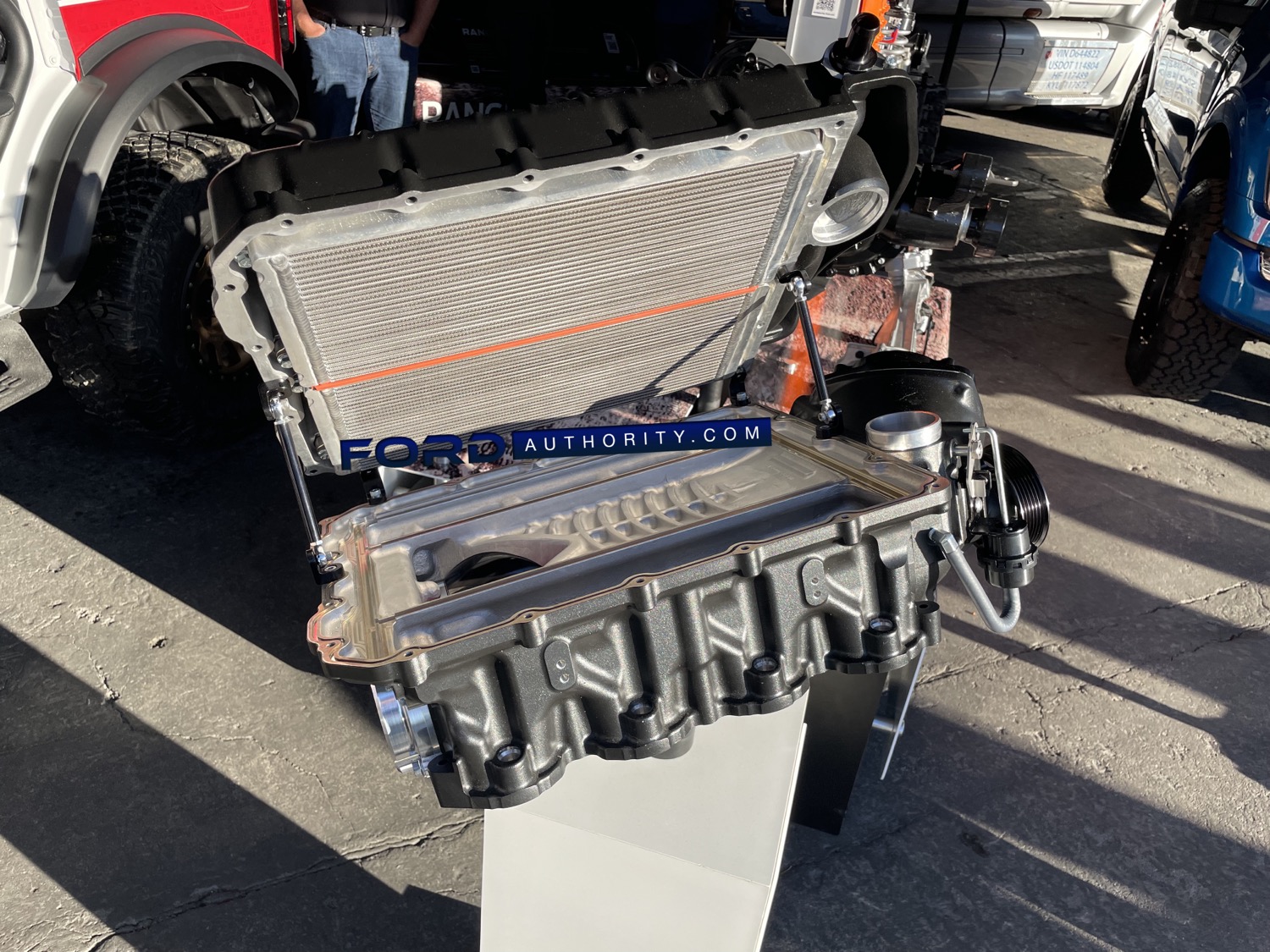 Ford Performance had to develop a new supercharger kit for the 2021 Ford F-150 because of the Coyote’s cylinder deactivation feature. Regardless, it helps the V8 produce an impressive 700 horsepower and 590 pound-feet of torque on the required premium fuel, which is reportedly good enough to push the pickup from 0-60 miles-per-hour in less than five seconds. 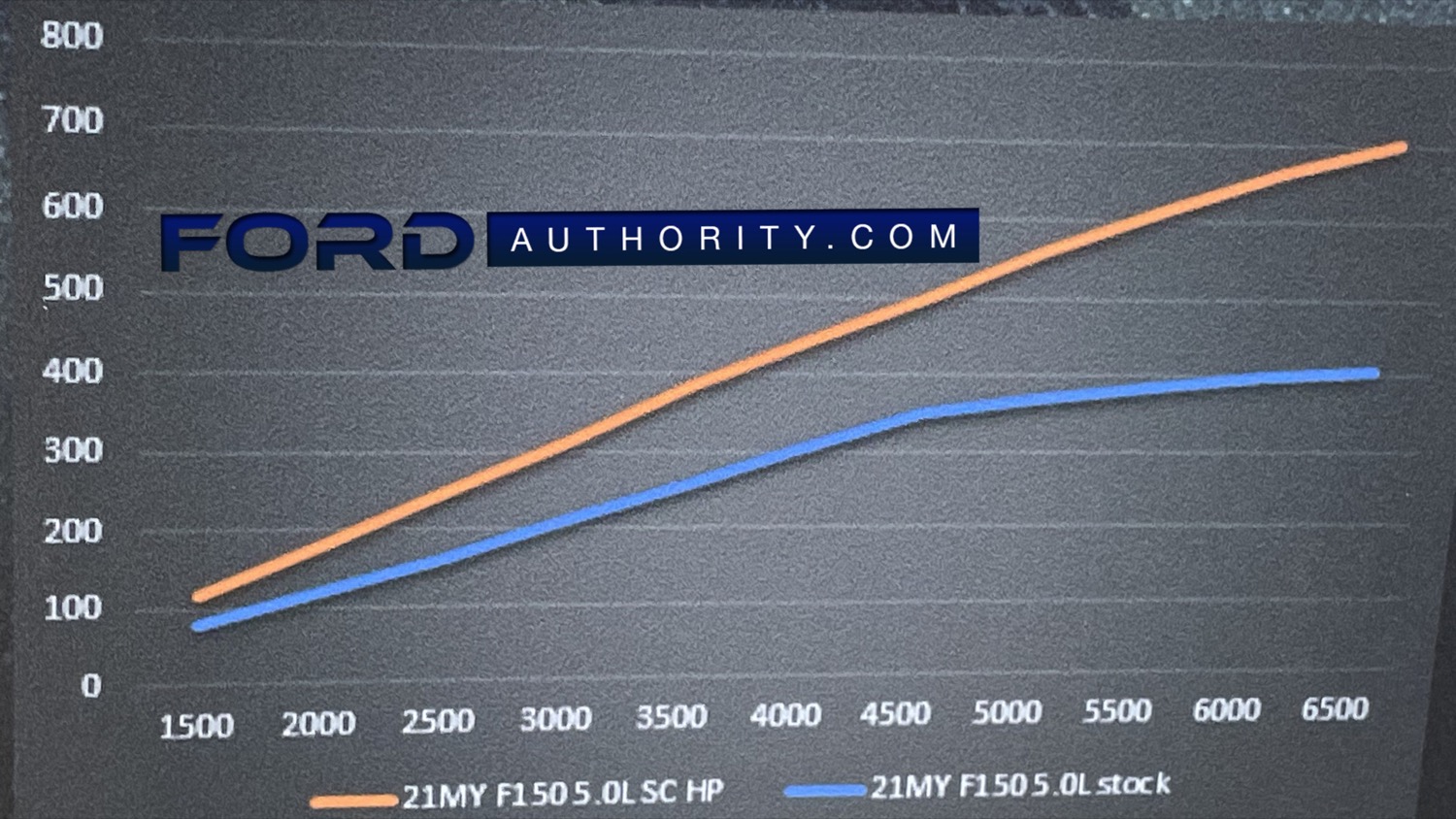 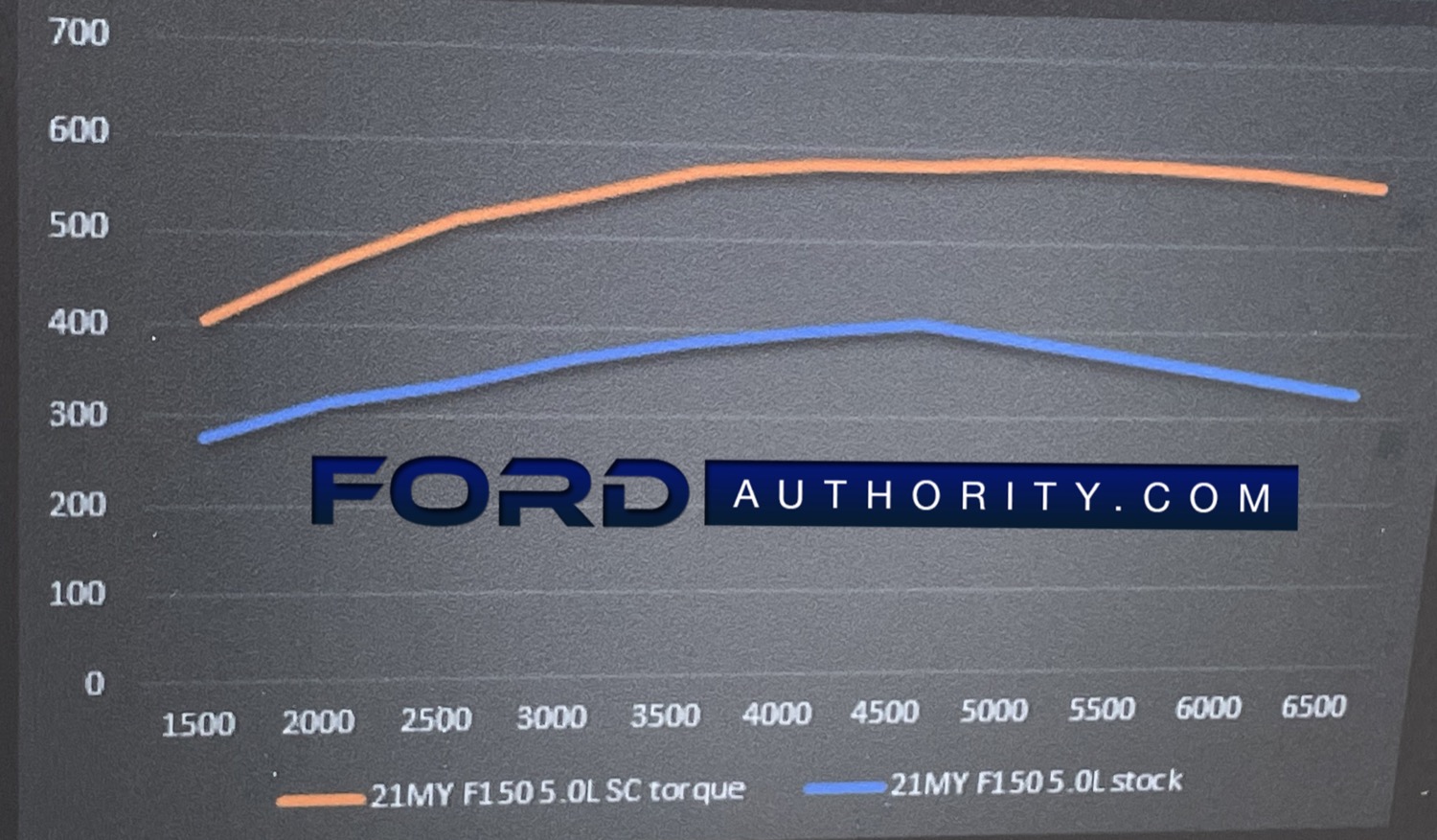 The new 2021 F-150 supercharger kit comes with the supercharger itself, as well as an intercooler, air inlet, and all other required hardware, though an intake and exhaust are not included. The supercharger was subjected to and passed Ford’s actual durability and validation testing, which is the equivalent of putting 100,000 miles on a new engine. 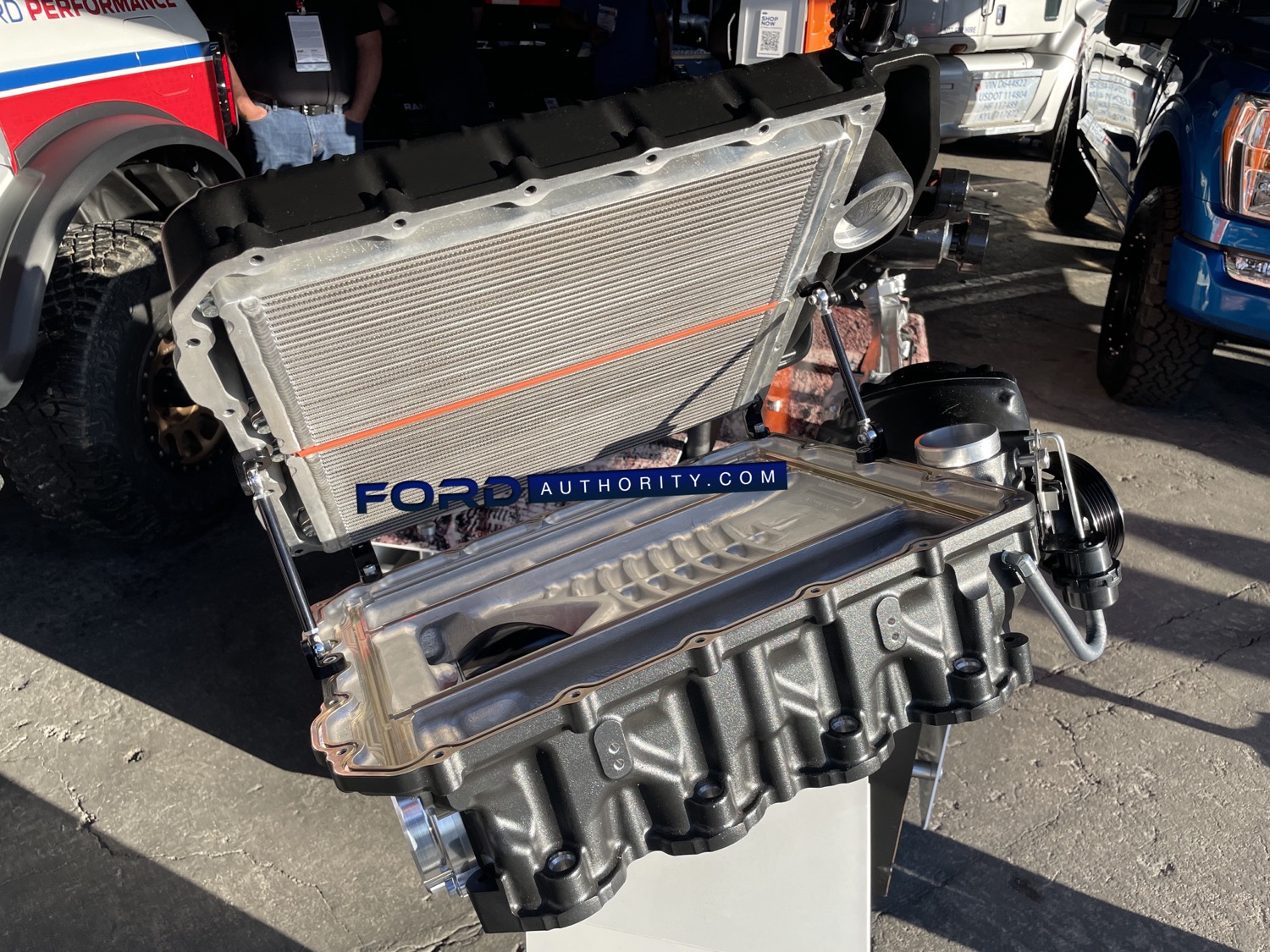 Ford Performance hasn’t yet announced pricing for its 2021 Ford F-150 Coyote supercharger kit, but the same kit for the 2020 F-150 retails for $7,500. Installation costs another $2,000-$3,000 and takes roughly 10-12 hours to complete, so we can expect something in the same ballpark for the new kit when Ford Performance begins taking orders by the end of the year.

We’ll have more on this new supercharger kit soon, so be sure and subscribe to Ford Authority for the latest Ford F-Series news, Ford F-150 news, and continuous Ford news coverage.