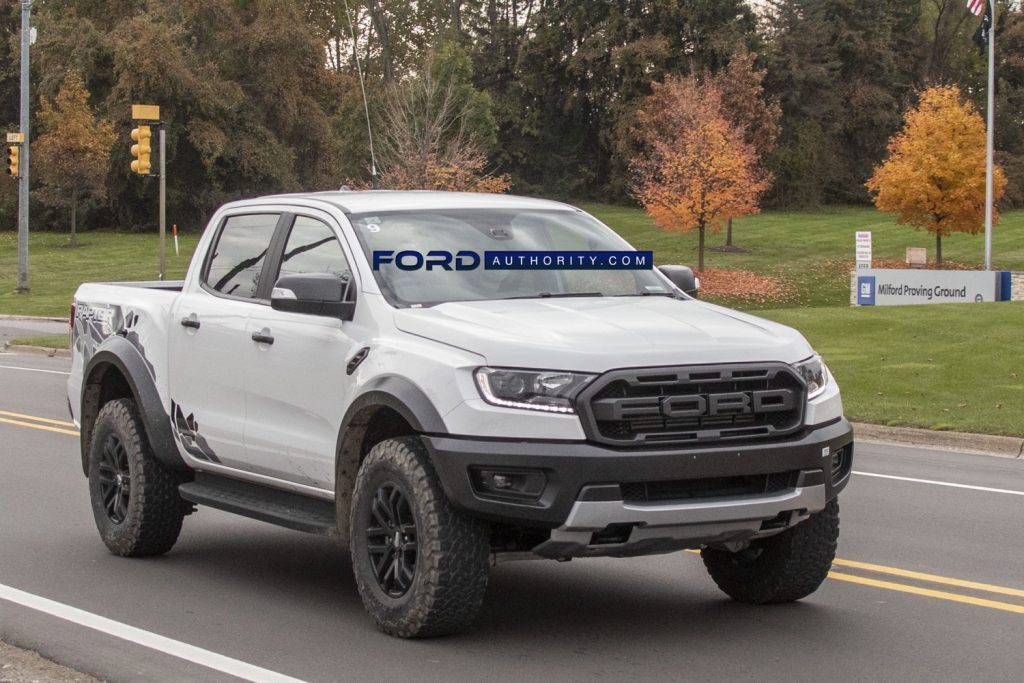 The current-gen Ford Ranger has only been on sale in the U.S. since the 2019 model year, but the mid-size pickup has been offered in global markets since 2011. The high-performance off-road-focused Ford Ranger Raptor, however, was introduced in 2018 for the 2019 model year and isn’t sold in the U.S., though as Ford Authority previously reported, the next-gen Ranger Raptor will be. Now, Ford Authority spies have spotted Ford’s chief rival – General Motors – benchmarking a current-gen Ford Ranger Raptor against the forthcoming 2023 Chevy Colorado ZR2. 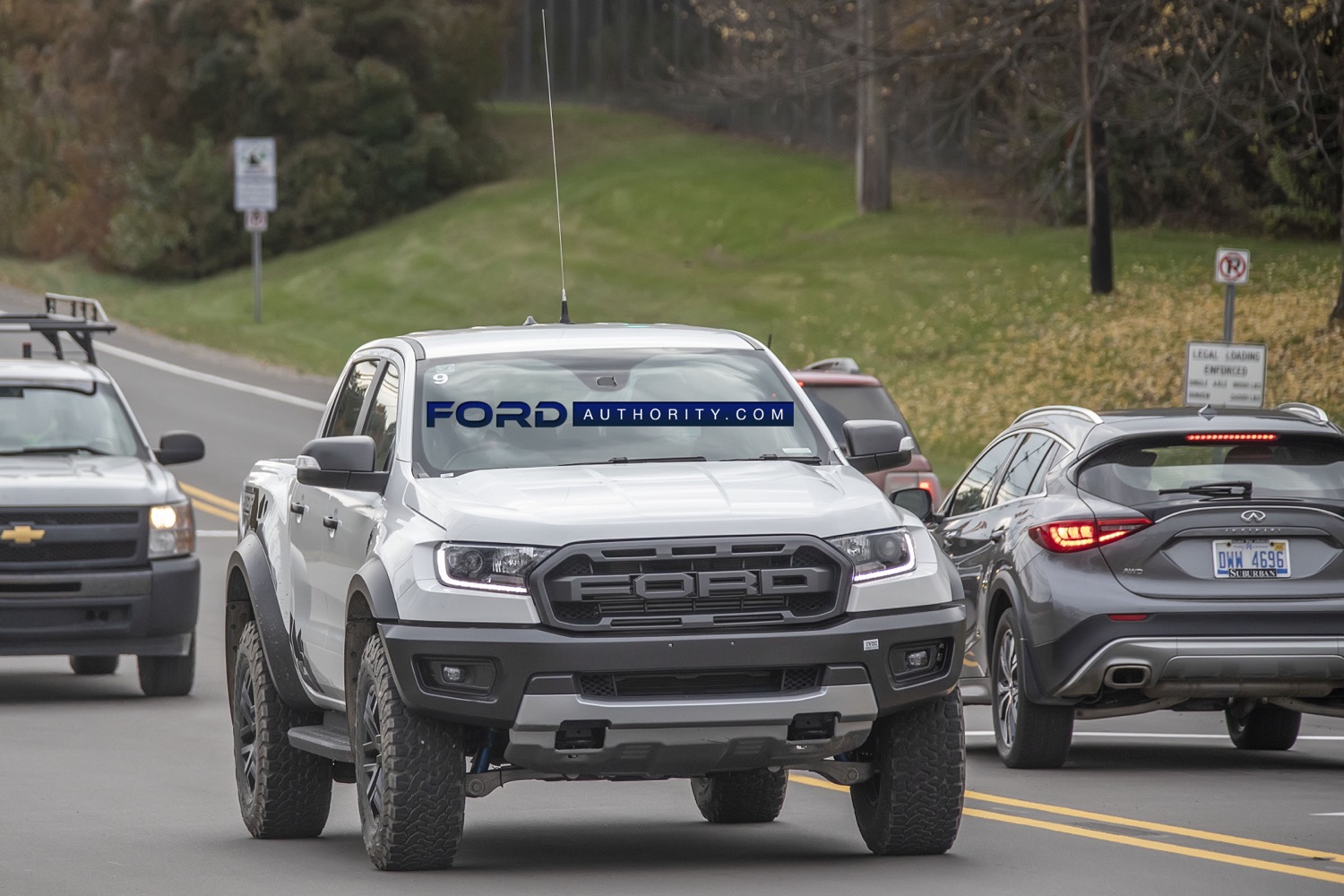 The Ford Ranger Raptor spied in these photos is a right-hand drive model that was part of a convoy spotted near GM’s Milford Proving Ground that included not only a 2023 Colorado ZR2 prototype, but also the rugged pickup’s GMC-branded equivalent – the Canyon ATX4. Both trucks are expected to offer many of the same attributes as the current-gen Colorado ZR2, including a higher stance, MultiMatic DSSV shocks, and perhaps larger 33-inch Goodyear Wrangler MT tires. 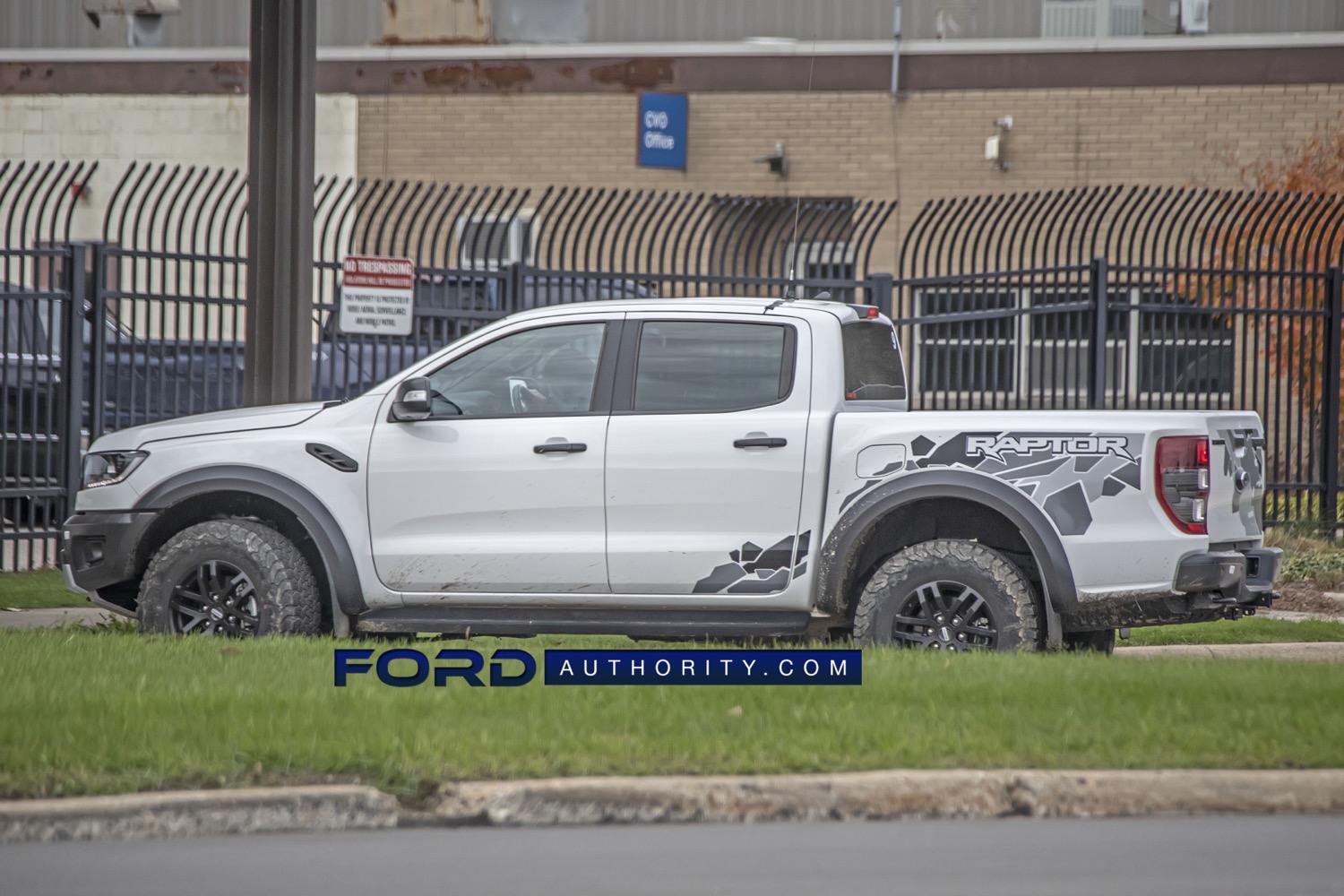 Meanwhile, Ford Authority spies have captured multiple next-gen left-hand drive Ford Ranger Raptor prototypes in the U.S. in recent months. As is the case with non-Raptor 2023 Ranger prototypes, the more rugged off-road-focused variant features sharper, more aggressive lines than the current-gen Ranger, which is more in line with the design language used on the new 2022 Ford Maverick, Ford F-150, and Ford Super Duty pickups, along with Raptor-specific wheels, a lifted suspension, and all-terrain tires. 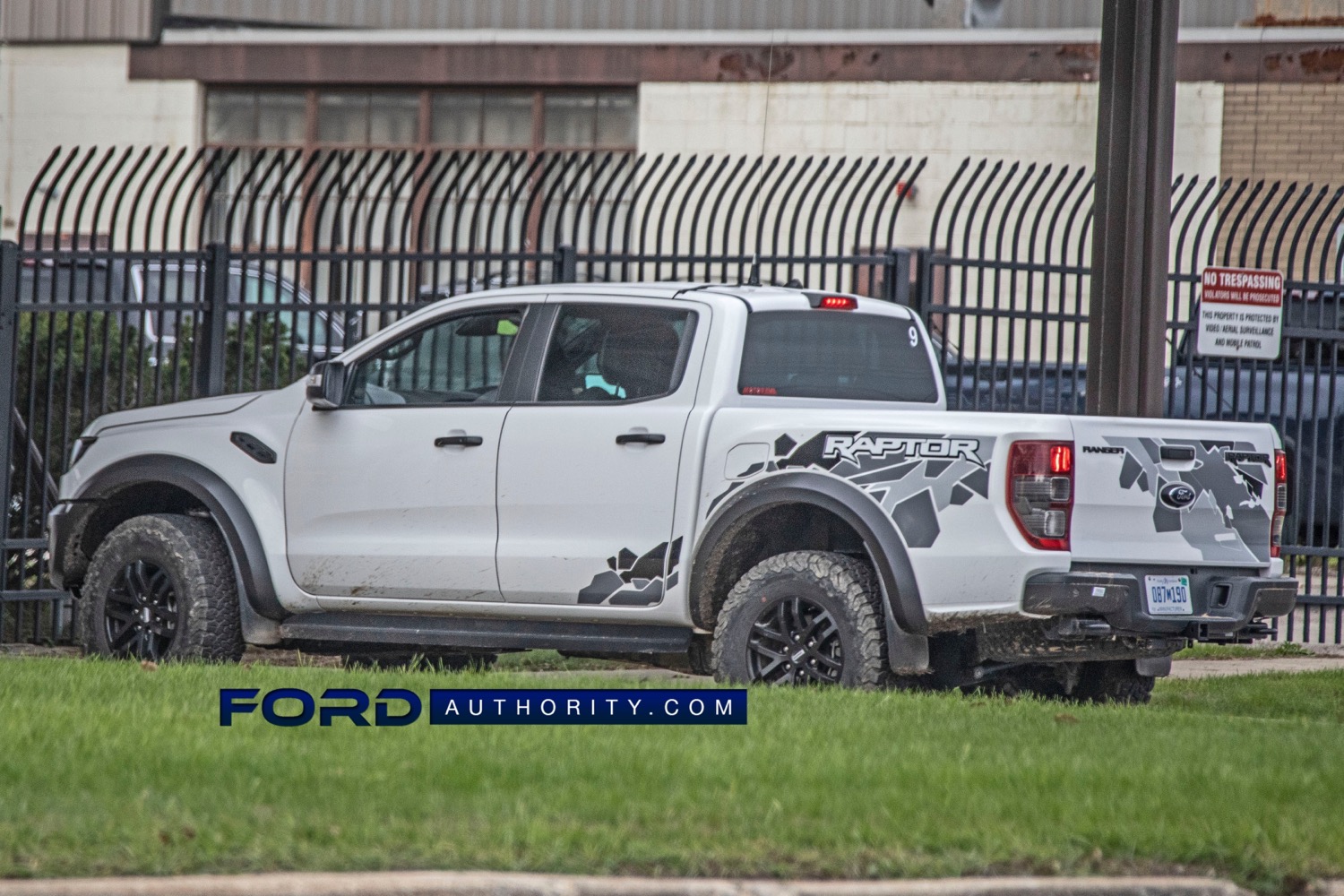 As Ford Authority exclusively reported in May, the next-gen Ranger Raptor will be powered by Ford’s 3.0L EcoBoost V6, which will be mated exclusively to FoMoCo’s 10-speed automatic transmission. Currently used in the Lincoln Aviator and Ford Explorer, the most powerful variant of the engine can be found in the Explorer ST, where it makes 400 horsepower and 415 pound-feet of torque. As Ford Authority reported in September, the 2023 Ford Ranger is currently scheduled to enter production at the Ford Michigan Assembly Plant in May of 2023. 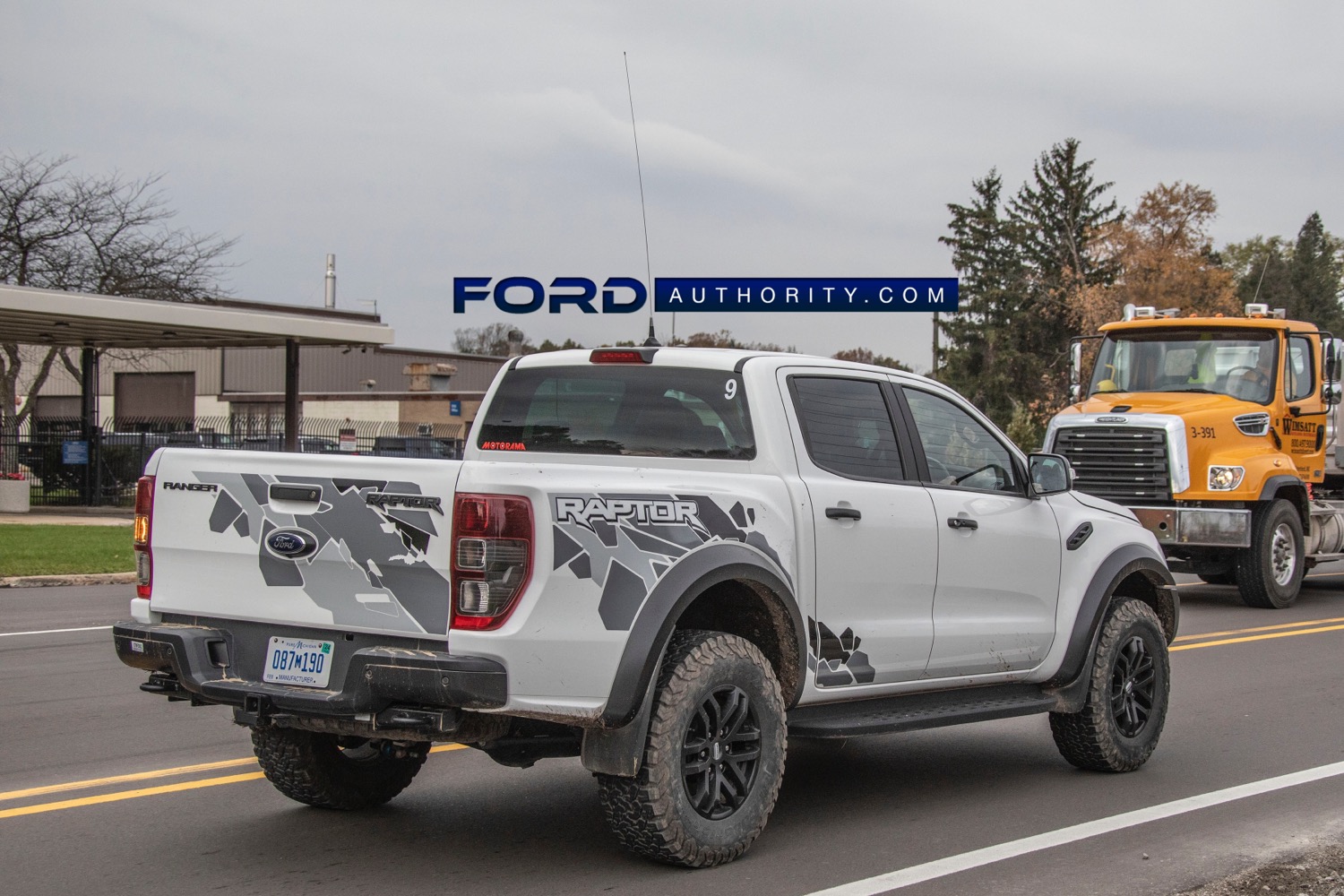 While GM said that it didn’t perceive the Ranger as a threat when it was announced for the U.S. over two years ago, Ford’s mid-size pickup is handily outselling both the Colorado and Canyon year-to-date – 72,706 units versus 51,555 for the Colorado and 17,970 for the Canyon. The Ranger currently enjoys a 19 percent share of the mid-size mainstream pickup market, followed by the Colorado at 18 percent and the Caynon at 4 percent.

We’ll have much more on everything Ford and Lincoln’s competition is up to soon, so be sure and subscribe to Ford Authority for the latest Ford Ranger news and continuous Ford news coverage.