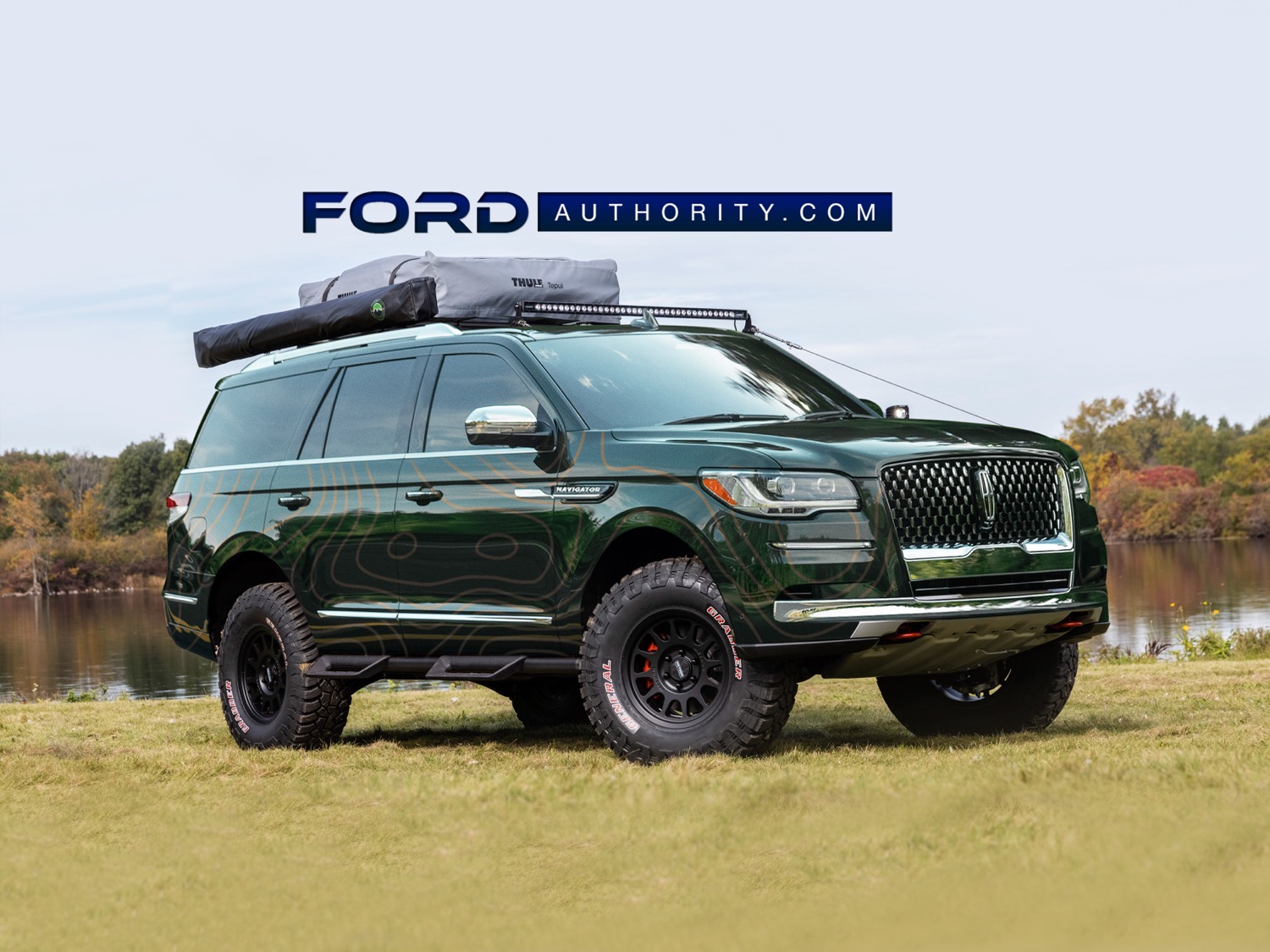 The automotive world is full of “what-ifs” and vehicles that we wish automakers would build and sell, in addition to what’s already on sale. In the past, Ford Authority has explored some of these ideas via renderings in the form of a beefy off-road-focused Ford Maverick, a Ford Explorer Raptor, and even the Lincoln Continental coupe and Lincoln pickup that will never be built. Now, we have another fun idea to share – an off-road overlanding version of the luxurious Lincoln Navigator.

Since the 2022 Ford Expedition Timberline was revealed recently as a beefy, off-road variant of Ford’s full-size SUV, it seems natural to imagine a more luxury-oriented version in the Expedition’s Ford T3 Platform-mate. Presumably, since these two vehicles share so much in common, building a more rugged version of the Lincoln Navigator would be a pretty easy task for FoMoCo. 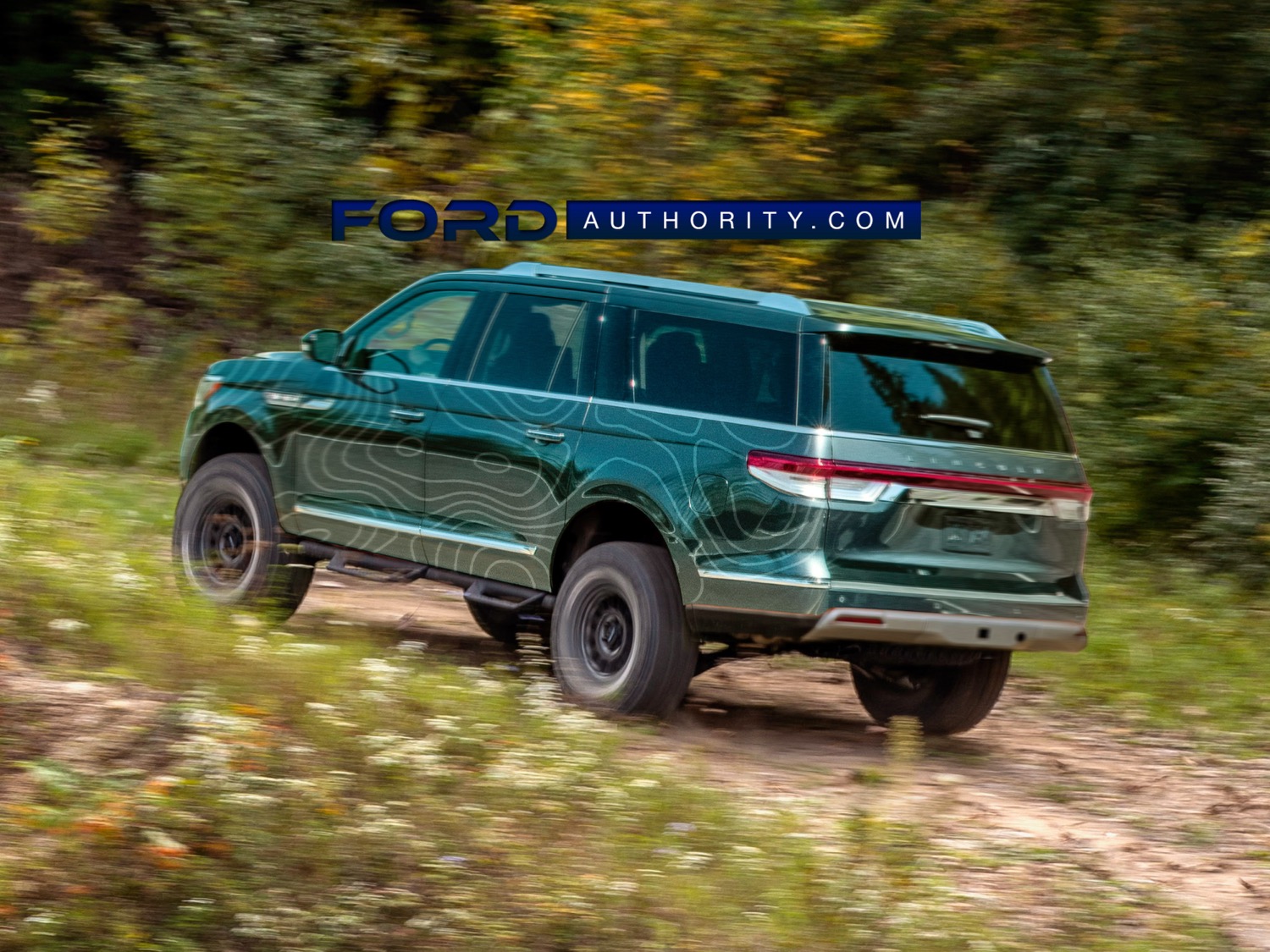 Our imaginary off-road Navigator takes many of its cues from the Expedition Timberline, including its lifted stance, black wheels, beefy off-road tires, and skid plate. There are also a set of fixed running boards taken from the current Ford Ranger, an LED light bar up top, a tent, and other gear present on the roof rack, as well as a cool green paint job with a topographical map embedded in it.

The premise of an off-road-focused Navigator may seem silly given its reputation for being a plush and luxurious machine, but let’s not forget how popular Porsche Cayenne and Lexus LX models have become as modern-day overlanding and general off-road builds. The idea of building a luxurious off-road capable vehicle is a popular one these days, because who doesn’t want to be able to travel off the grid in complete and total comfort?

We’ll have more cool renderings like this to share soon, so be sure and subscribe to Ford Authority for more Lincoln news, Lincoln Navigator news, and ongoing Ford news coverage.