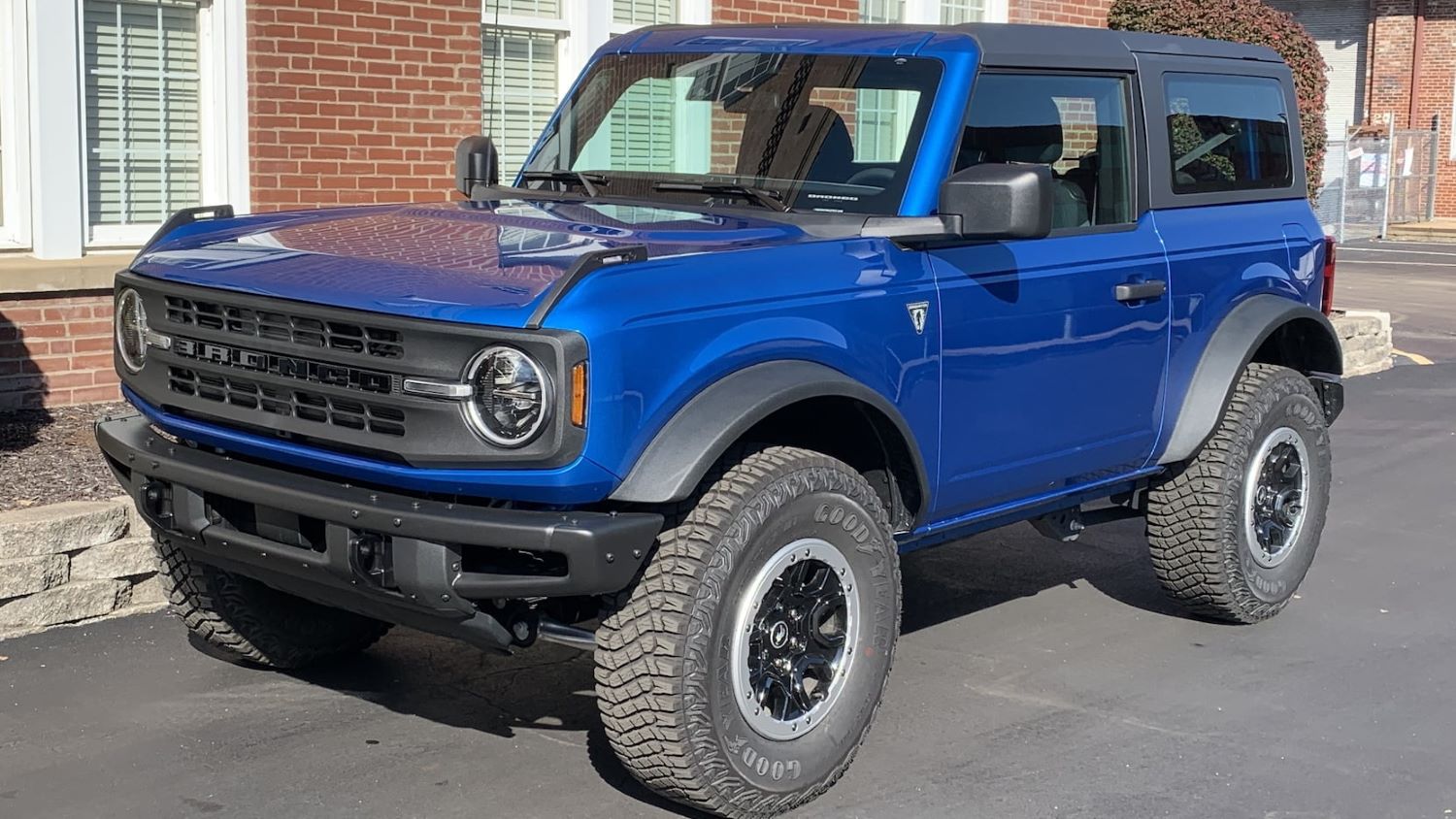 2021 Ford Bronco production has been hampered from the start by a variety of supply chain issues affecting certain options including the Sasquatch Package, Ford’s 2.7L EcoBoost V6, the Tow Package, and Ford’s molded-in color (MIC) hardtop, to name a few. A quality issue with the MIC top prompted Ford to replace all MIC tops and push all unscheduled Bronco orders to 2022, though some wound up getting scheduled, anyway. Regardless, Ford has admitted that it will take some time to catch up with its Bronco backlog, and that makes this 2021 Ford Bronco Base up for grabs at Mecum’s upcoming Kansas City auction a way to get one sooner. 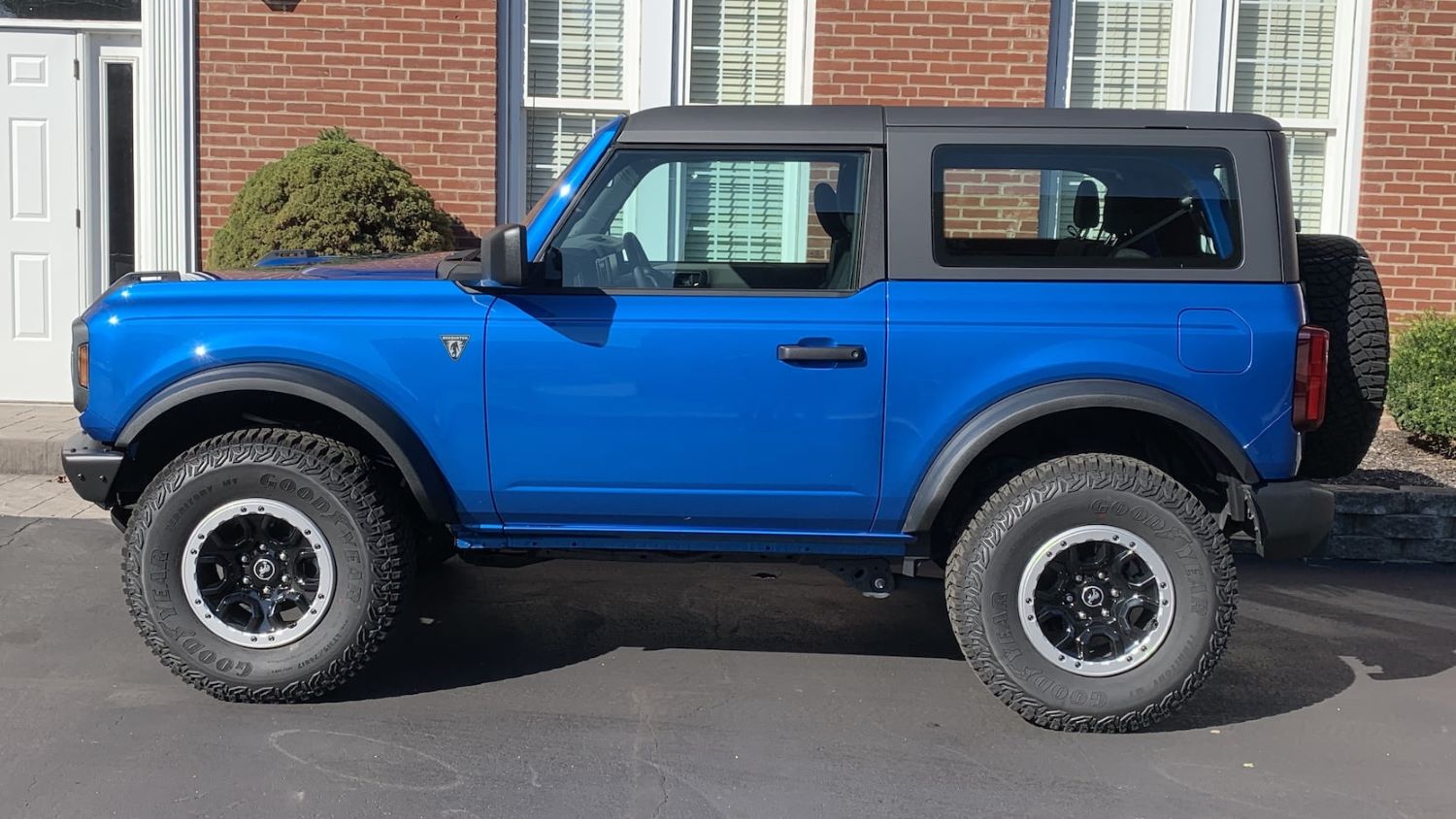 For starters, Ford does not offer a soft top for two-door Broncos and doesn’t plan on doing so, either. Thus, the presence of a MIC top alone makes this 2021 Ford Bronco Base a bit more desirable and uncommon, along with the fact that it’s equipped with the Sasquatch Package and Ford’s 2.7L EcoBoost V6. It’s unclear how many 2021 Broncos in this particular combination will ultimately be produced, but it likely won’t be a large amount. 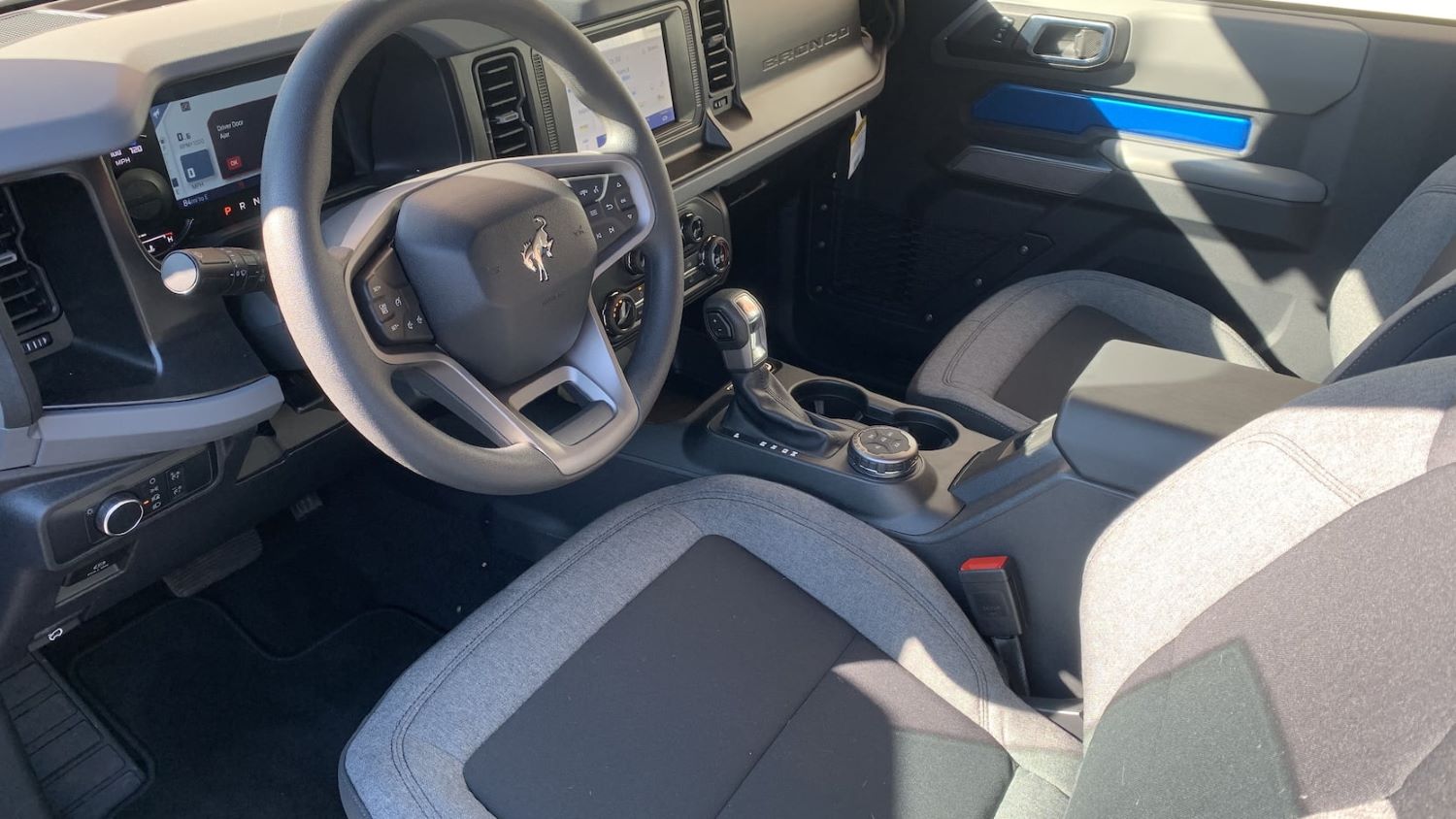 Thus, this Velocity Blue two-door may just be a collector’s item one day, and it has a mere 800 miles on the odometer to boot. The Base Bronco is an appealing option for those that just want a bare-bones off-roader at the lowest cost, but this one does have a few pricey additions including the aforementioned V6 and Sasquatch Package, which adds 17-inch beadlock-capable wheels with 35-inch tires, Bilstein position-sensitive monotube shocks, front and rear locking differentials, and high clearance fender flares. 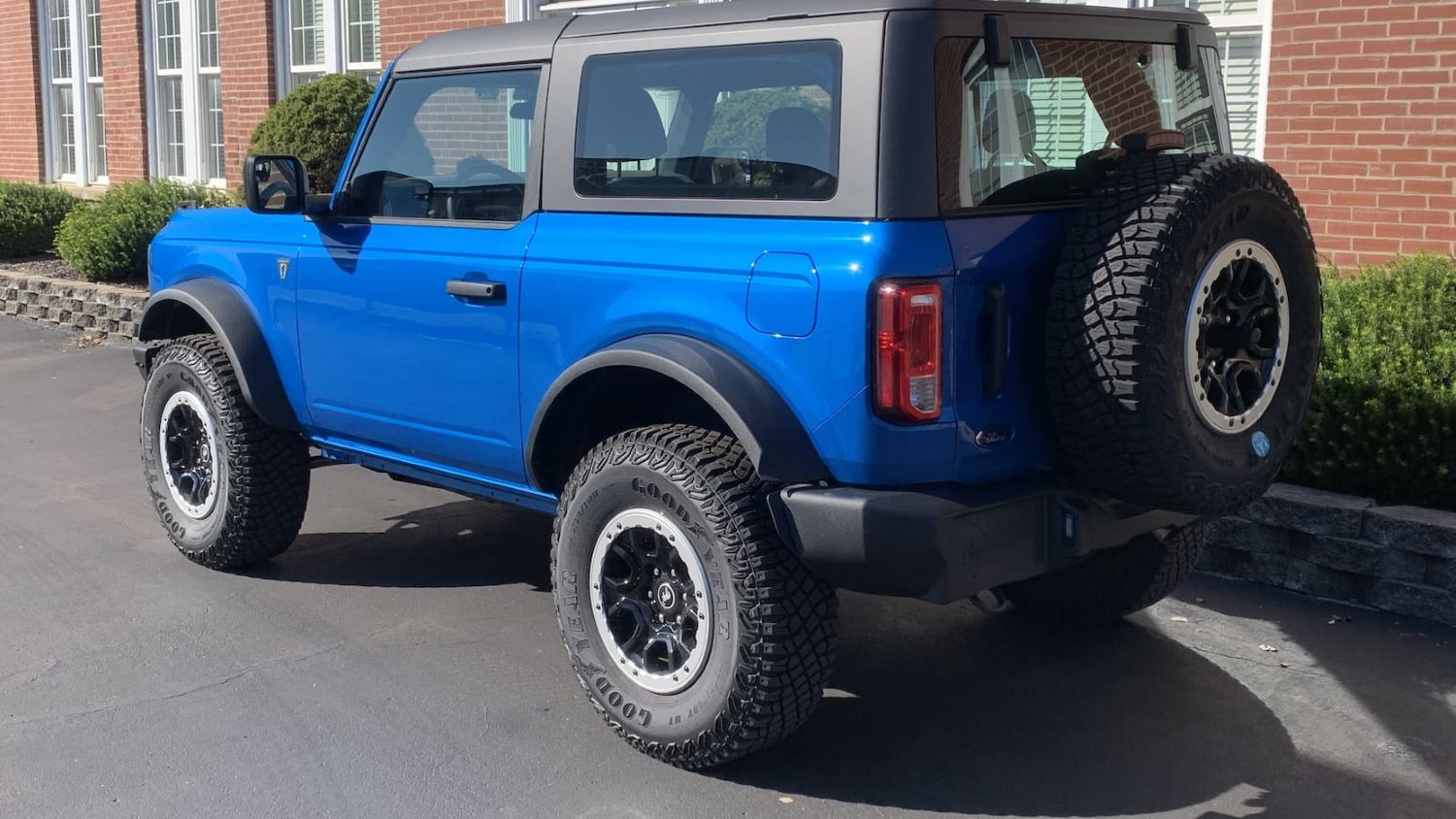 Thus, it will certainly be interesting to see just how much this particular Bronco hammers for, though we’ve seen more than one sell for over MSRP thus far. With demand for the 2021 Bronco still far outweighing supply these days, it’s a pretty good bet this example will, too.