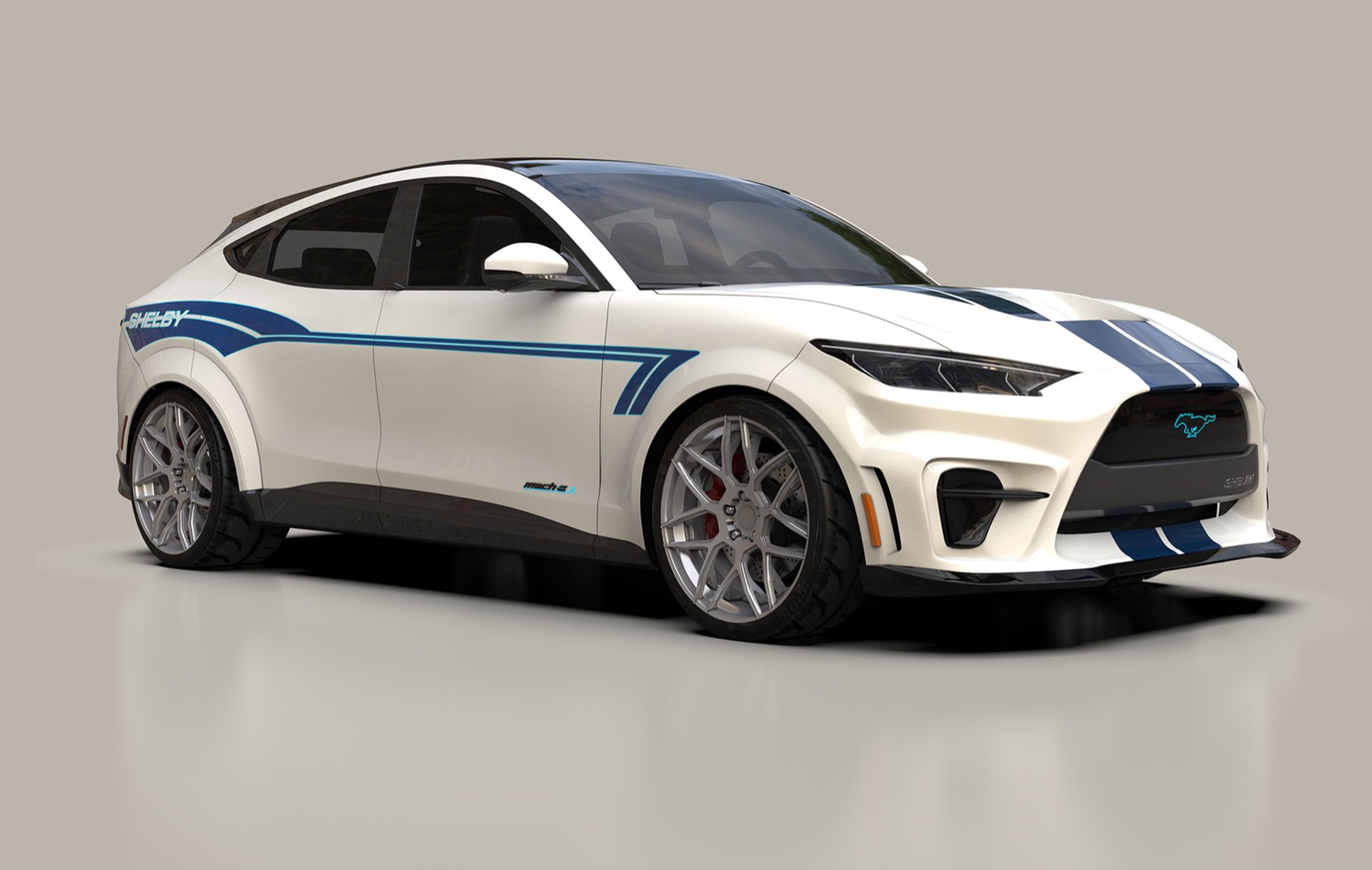 The SEMA Show isn’t just a big aftermarket party under the desert sun of Las Vegas. It’s also an opportunity for manufacturers to roll the dice on some truly mind-blowing ideas for cool rides, otherwise known as concepts. Ford knows this better than anyone, especially with the democratization of electric vehicles just getting underway. To that end, The Blue Oval officially launched its first electric crate motor – dubbed Eluminator – in Sin City this week, along with three conceptual takes on the Mustang Mach-E. Among them is the Shelby Mustang Mach-E GT Concept, a potential sign of things to come as far as Shelby modifying the high-performance EV crossover is concerned. 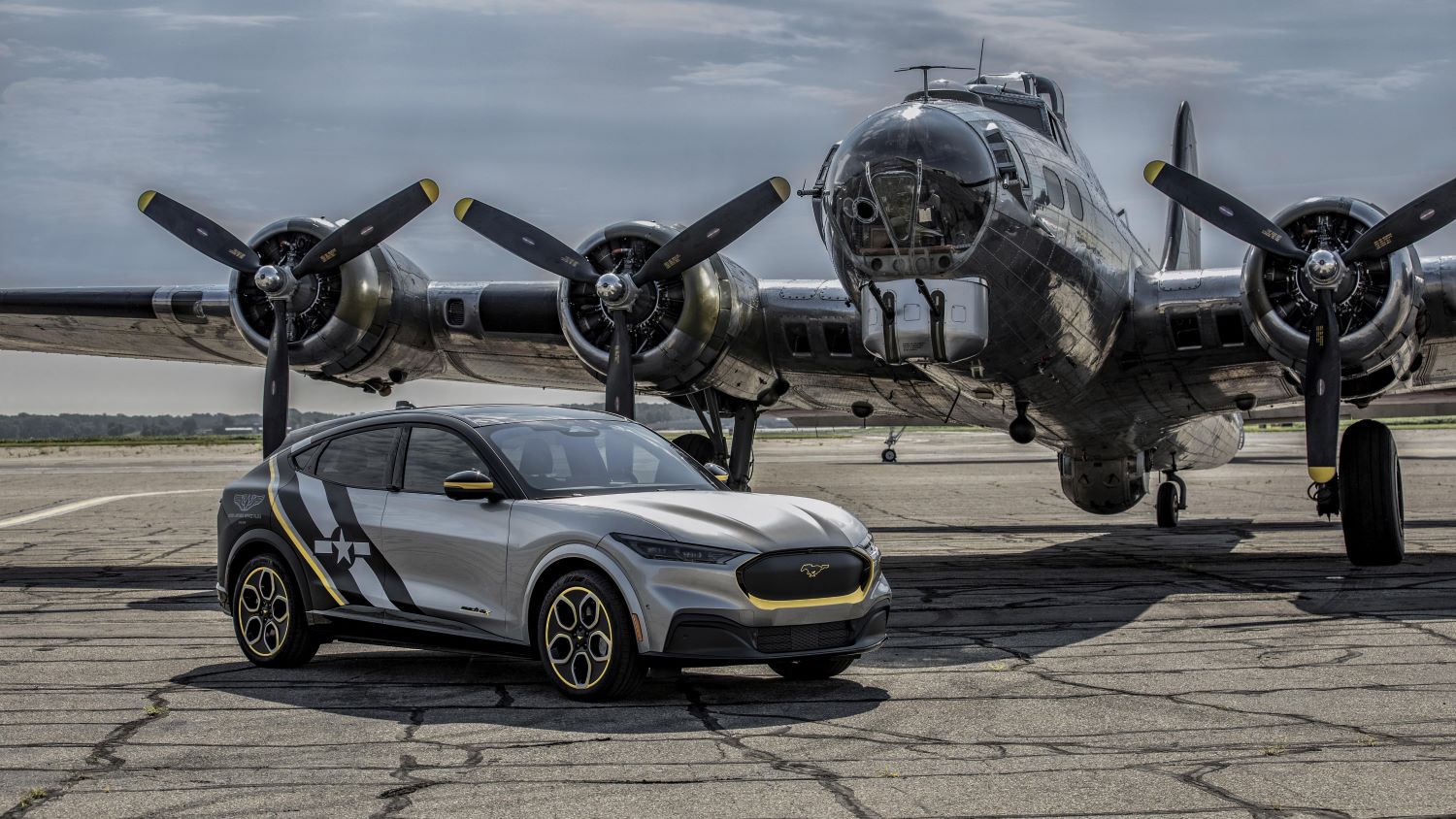 The Shelby Mustang Mach-E GT Concept is Shelby American’s first take on Ford’s electric stallion, with the concept Mach-E GT serving as a showcase for Ford’s graphine-infused carbon fiber technology. All of the aerodynamic body panels attached to the electric crossover – from the front fascia and fenders, to the rear flares and custom hood with a massive vent to decrease front-end lift – are all made from this special carbon fiber material.

From there, Shelby American tuned Ford’s MagnaRide dampers with composite carbon fiber springs, as well as dropped in a set of custom Shelby by Recaro seats. And since the Shelby Mustang Mach-E GT Concept carries the Shelby name, it also wears the classic Wimbledon White with blue stripes like the Shelby GT350 and Shelby GT500 did back in the Sixties. The concept rides upon a set of 20-inch one-piece Monoblocks, each wrapped in Michelin Pilot Sport EV tires for both maximum efficiency on the road, and excellent performance on the track. Inside, a Shelby CSM plaque lets occupants know what this pony is all about. 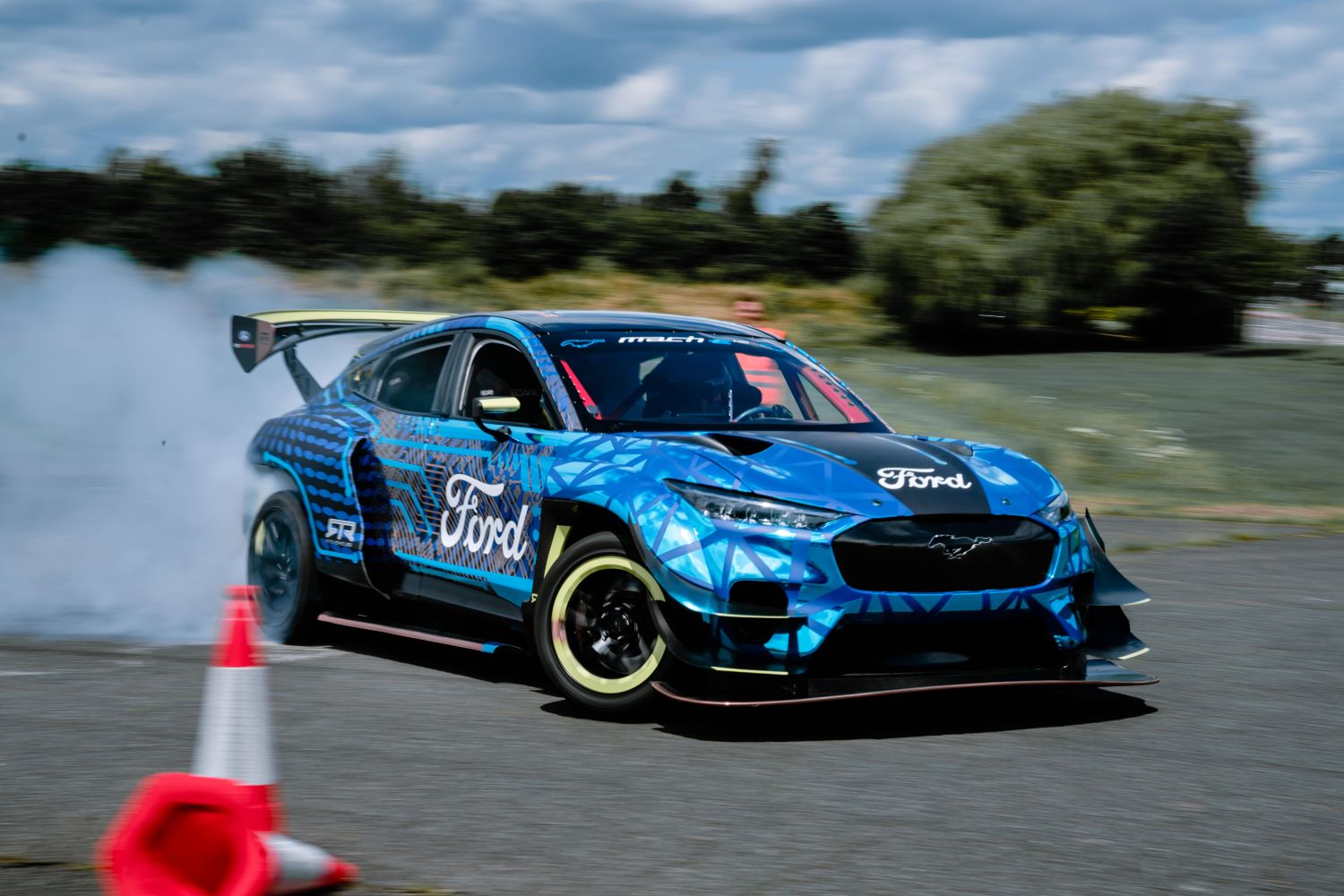 Though a concept made for SEMA 2021, the fact this has a Shelby CSM number means there could be a day where the Shelby Mustang Mach-E GT Concept becomes reality. And when it does, here’s to hoping that it will also feature powertrain upgrades worthy of the more aggressive appearance and the Shelby name. For reference, the stock Mustang Mach-E GT features dual motors rated at 480 horsepower and 600 pound-feet of torque in the “regular” Mach-E GT or 634 pound-feet in the Mach-E GT Performance Edition.

We’ll have much more from this year’s SEMA Show soon, so be sure and subscribe to Ford Authority for more Mustang Mach-E news and around-the-clock Ford news coverage.