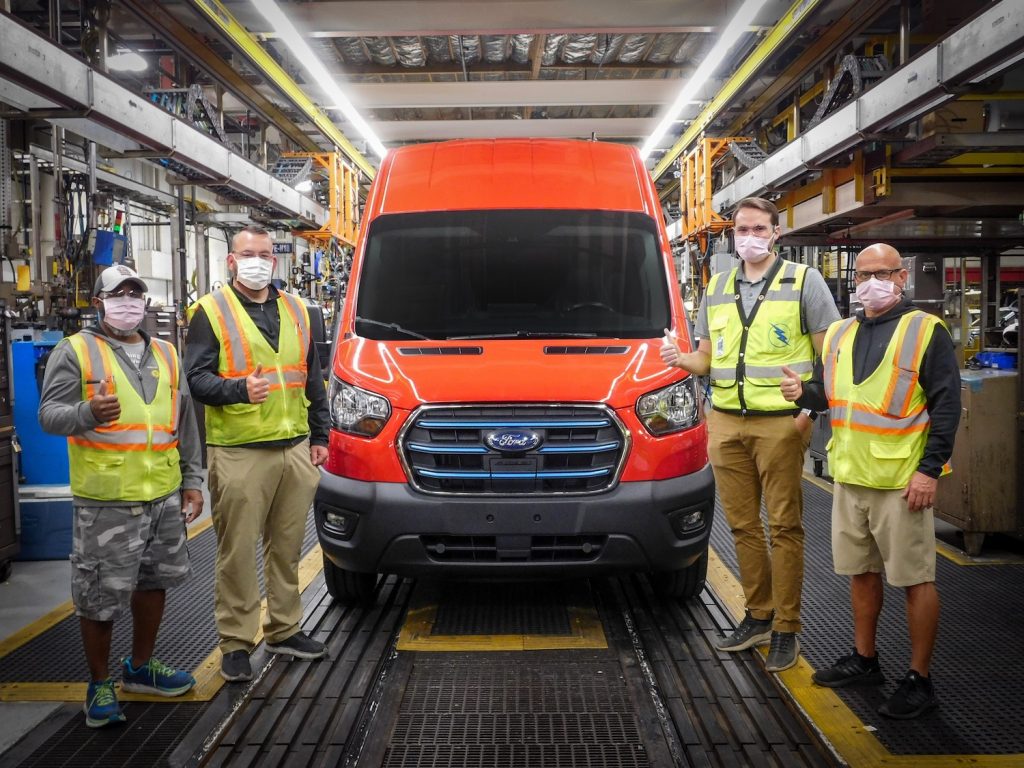 Earlier this month, Ford Authority reported that 2022 Ford Transit production is scheduled to begin at the Ford Kansas City Assembly Plant on December 14th, 2021, while 2022 Ford E-Transit production was expected to start sooner – November 15th, 2021. Now, we have confirmation that the very first 2022 Ford E-Transit vans have indeed already rolled off the assembly line from CEO Jim Farley himself, who recently tweeted about it.

Great to see these all-electric E-Transit vans roll out of our KC Assembly Plant. The team is putting the vans to the test, making sure they are ready to work for commercial businesses. Grateful for everyone’s hard work! #FordPro #ETransit #BuiltForAmerica pic.twitter.com/MHMd7f7d9n

The E-Transit pilot program launched in the U.S. earlier this month after Penske Truck Leasing and National Grid took delivery of pre-production versions of the new all-electric van for testing purposes. The truck rental/leasing company and global energy management outfit and operator of several utility conglomerates will be evaluating and validating the E-Transit with an eye toward electrifying their respective fleets in the coming years.

To date, Ford has secured over 24,000 reservations for the E-Transit, which shares quite a few similiarities with its ICE-powered brethren, yet also a few distinct differences, aside from its all-electric drivetrain. The electric Transit has no frunk, unlike many other EVs, and its spare tire is mounted up front, rather than below the rear cargo area. Additionally, the E-Transit will weigh around 600 pounds more than ICE Transits, mostly due to its 67 kWh battery pack, and it will also cost roughly $9,000 more as well.