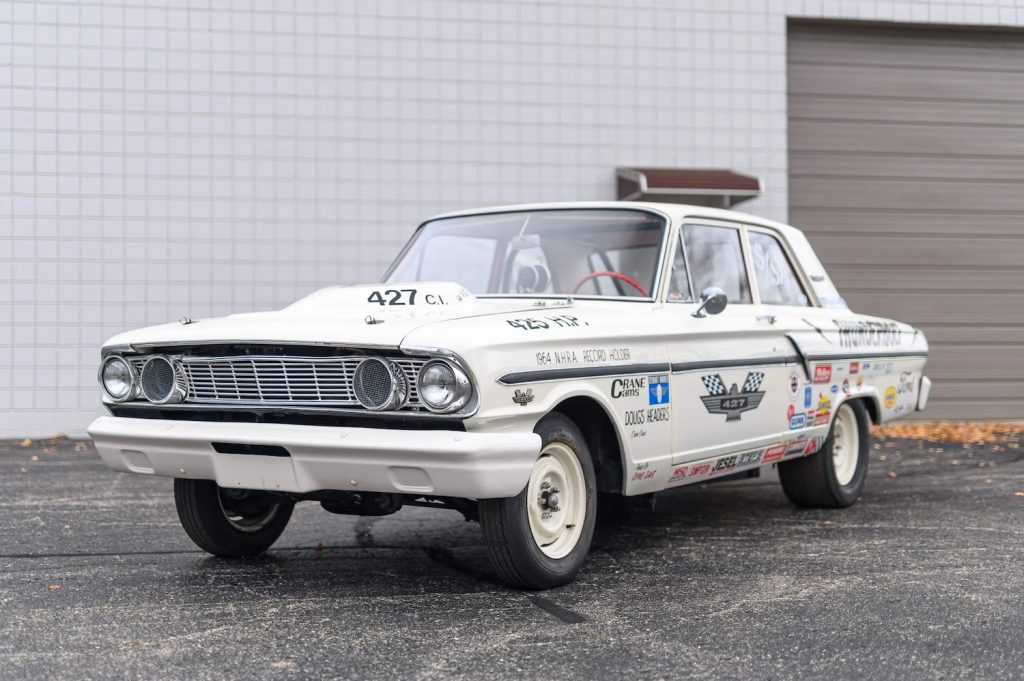 The Ford Fairlane Thunderbolt is an incredibly rare, incredibly valuable racer that’s an important part of Blue Oval history. We’ve seen a handful of the 100 total units produced go up for grabs in recent years, each time selling for huge money. Those that covet the power and looks of this amazing machine must have deep pockets to bring one home, though there is an alternative – build or purchase a faithful replica like this 1964 Ford Fairlane Thunderbolt current up for grabs at Bring a Trailer. 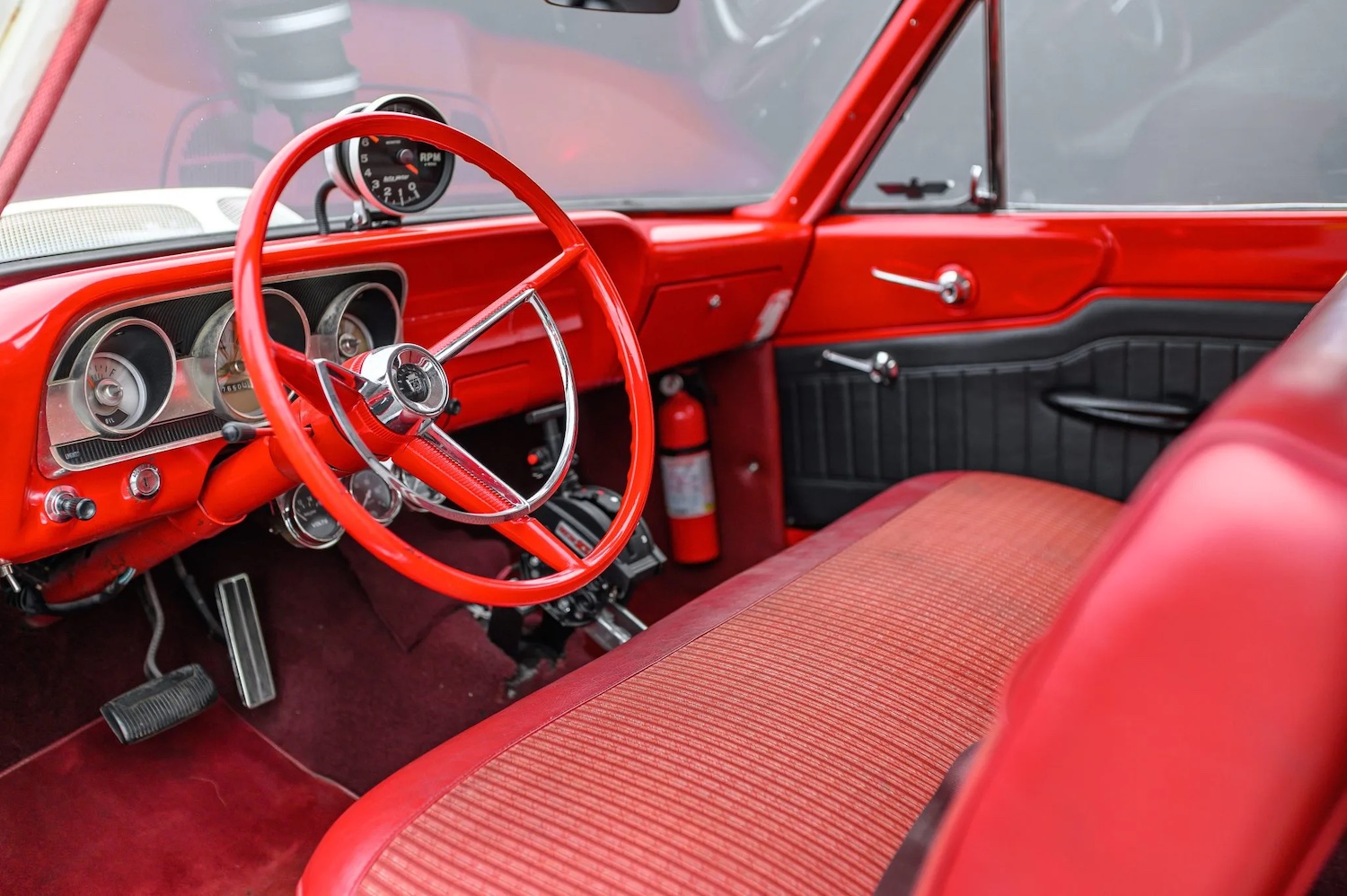 Those that aren’t in the know would be hard-pressed to tell that this isn’t a real 1964 Ford Fairlane Thunderbolt because it certainly looks authentic. Finished in Wimbledon White, the two-door model has been fitted with a bevy of fiberglass parts including the vented hood, fenders, and bumpers, as well as the trademark reproduction Thunderbolt graphics. A set of 15-inch steel wheels provide the finishing touch and are wrapped with Mickey Thomson Sportsman Pro tires. 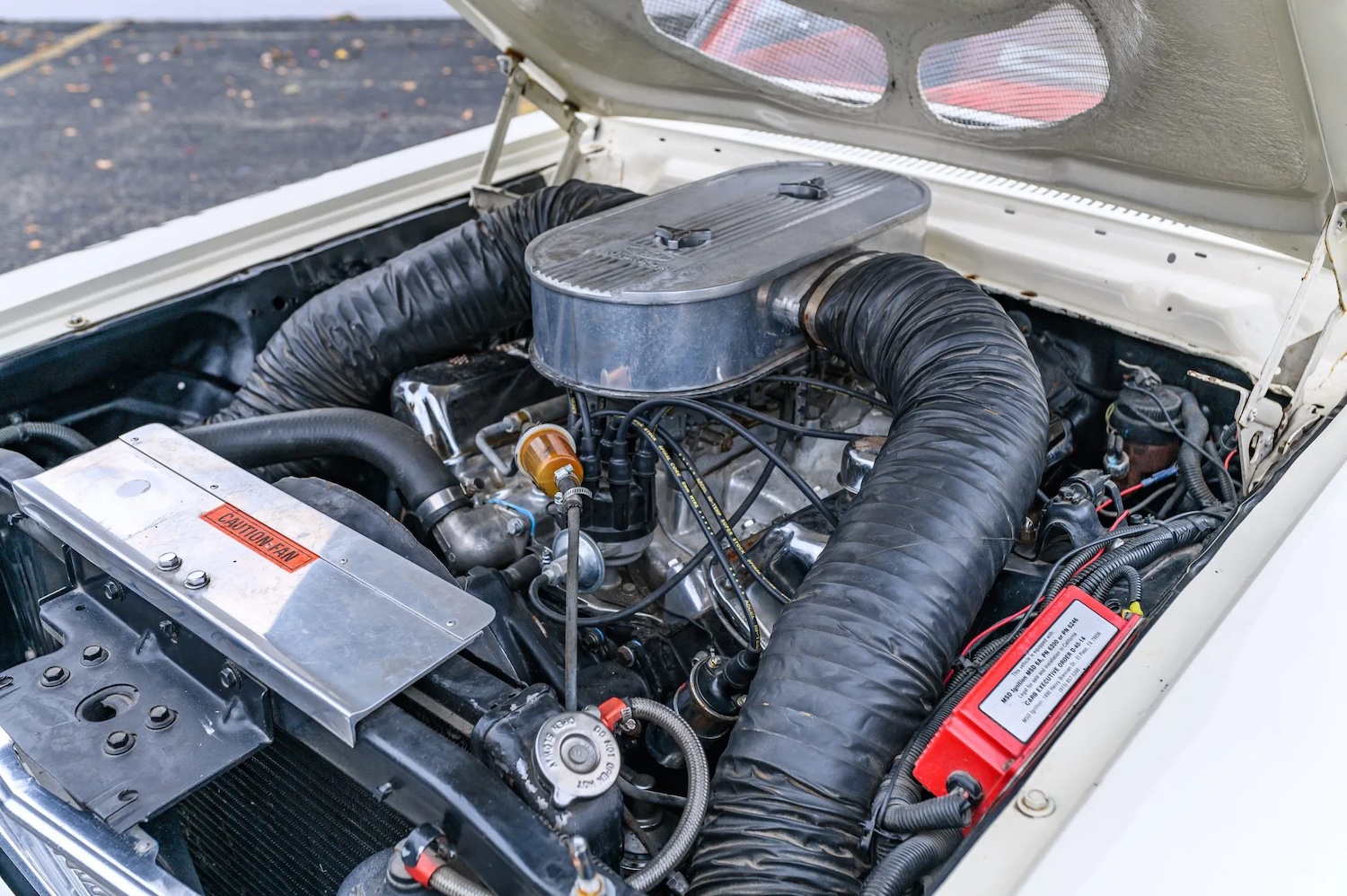 The interior is nicely done up in the classic combination of red and black, with few amenities outside of the typical things one might find in a real race car such as a giant tachometer and other extra gauges, a fire extinguisher, a Cheetah SCS shifter, and a roll cage. The real story lies under the hood, where a real-deal Ford 427 V8 resides. That rare motor has been fitted with twin Holley carbs, headers, and an MSD ignition, and is mated to a C6 automatic transmission and a Detroit Locker rear differential with 4.11:1 gears. 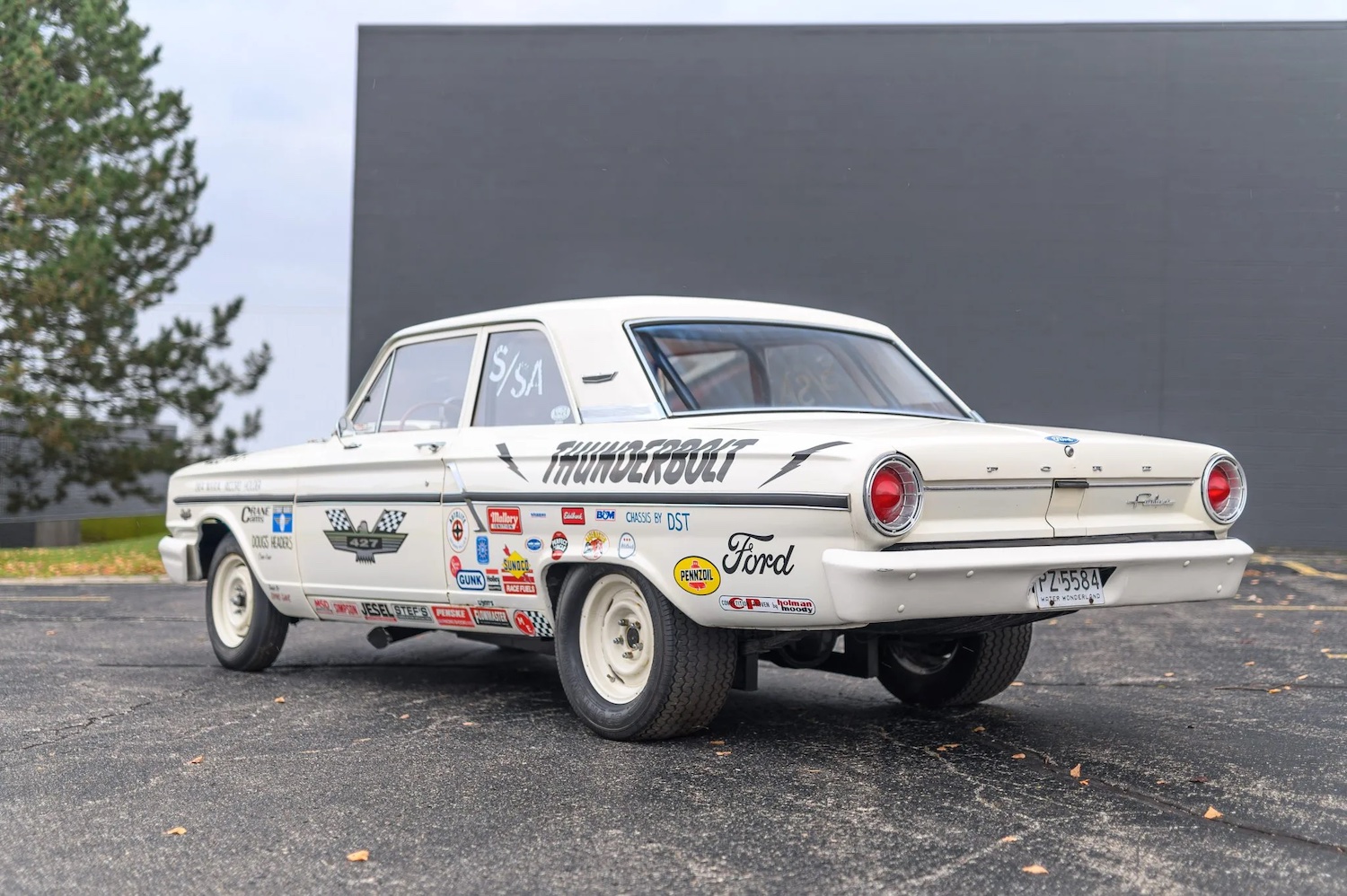 Unfortunately, the previous owner stored this Thunderbolt replica outside with a valve cover removed, which has caused some internal corrosion in the big V8. Regardless, that could make it a real bargain for anyone willing to put in the work to get this cool old replica back on the road, and it’ll still cost far less than the real thing to boot.

We’ll have more cool cars for sale like this one to share soon, be sure to subscribe to Ford Authority for Ford Fairlane news and around-the-clock Ford news coverage. 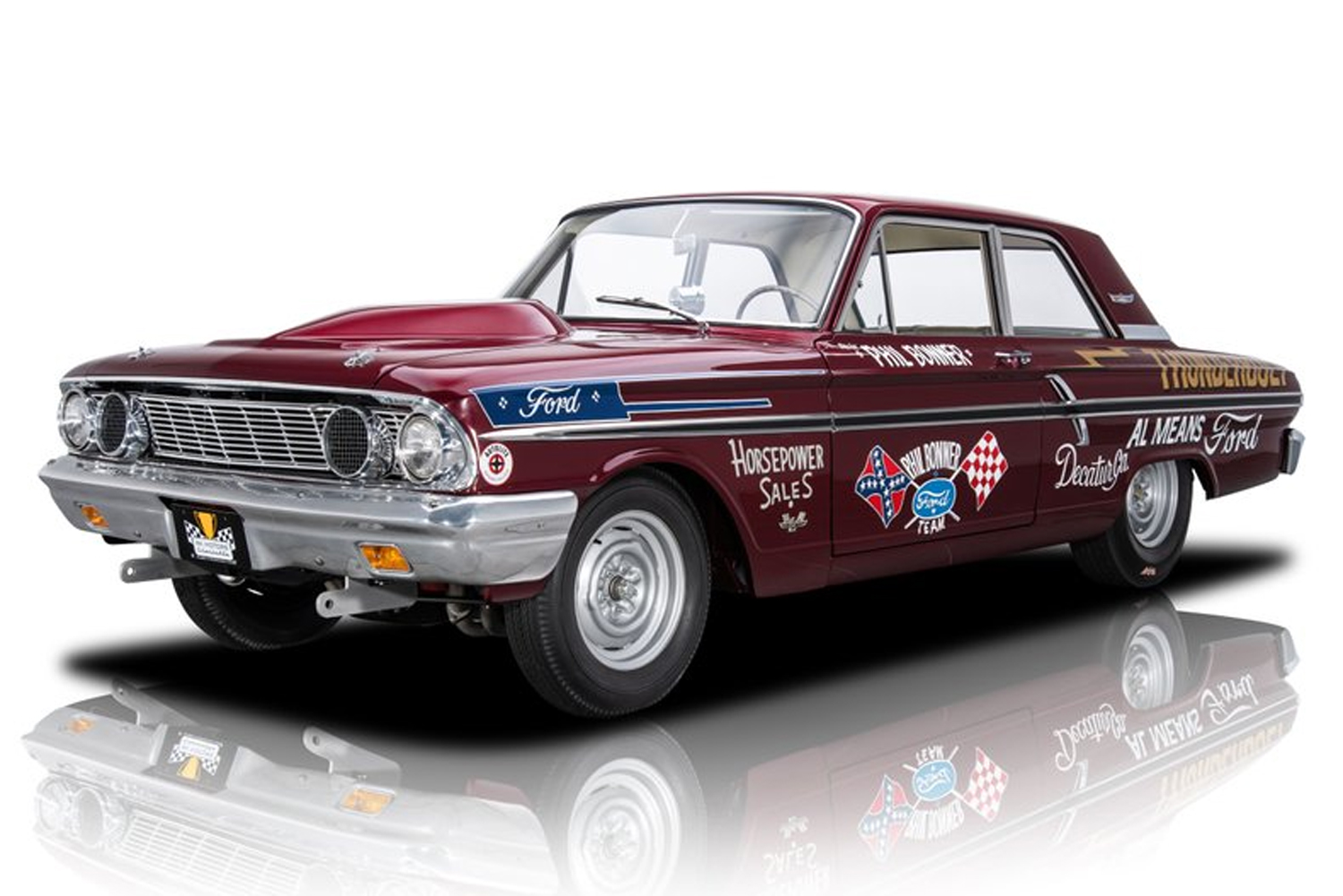