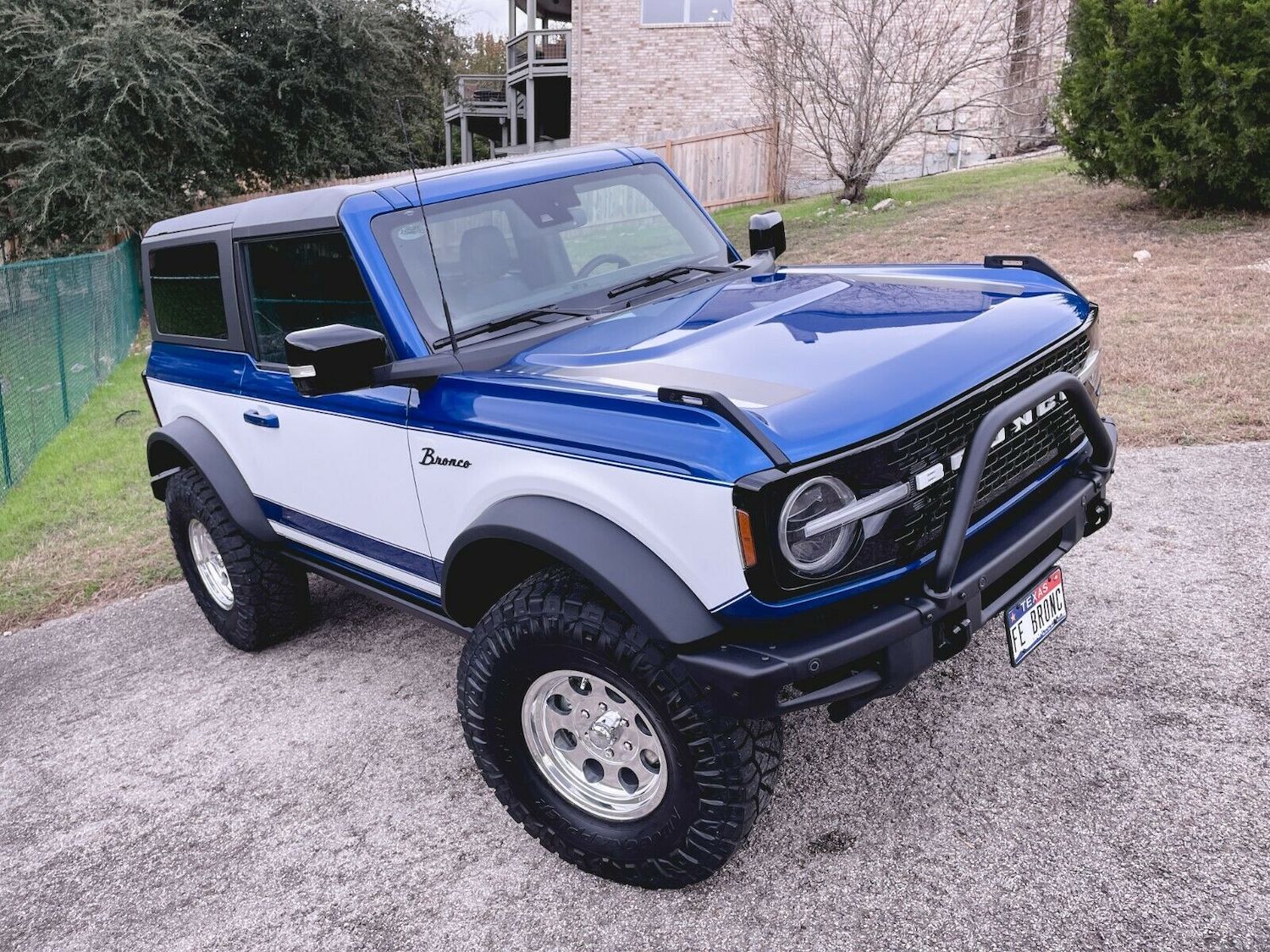 The 2021 Ford Bronco is a decidedly retro vehicle with styling inspired by the first-gen Ford Bronco, a fact that’s immediately evident by looking at it. Thus, it’s not terribly surprising that many 2021 Ford Bronco owners are going out of their way to add even more retro styling elements to the sixth-gen off-road SUV. However, few have gone as far as the owner of this particular Bronco First Edition, which is currently up for grabs on eBay. 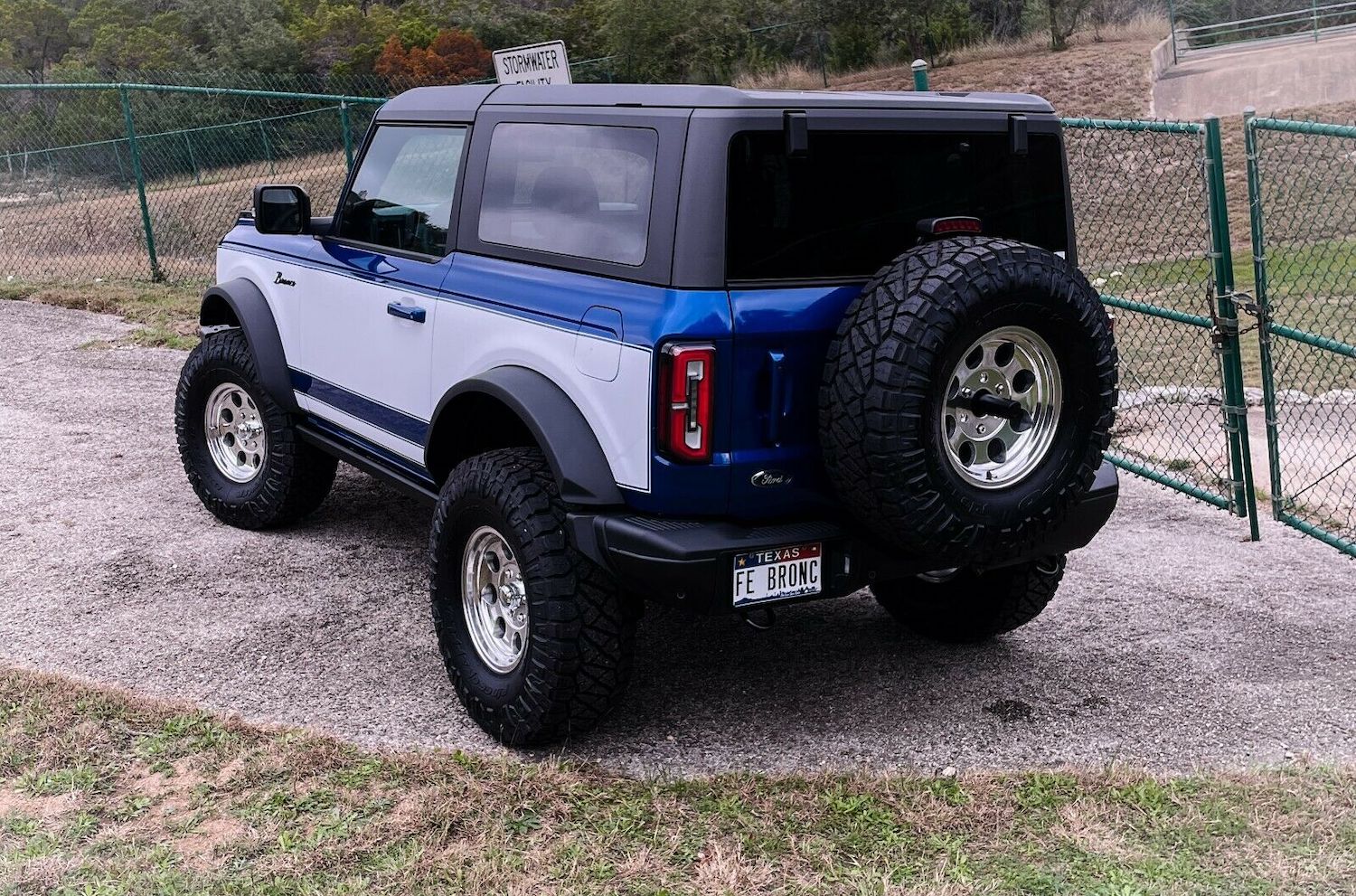 This First Edition is obviously special simply for the fact that it’s one of just 7,000 planned to be produced in total, but it’s also finished in Lightning Blue, a one-year-only color. However, the seller went to the trouble of upgrading its looks or perhaps taking them back a few decades by adding a matte white vinyl stripe down the center, mimicking the look of Ford trucks and Broncos of the past. The wrap does cover up the SUV’s First Edition graphics, but it’s also easy to remove if the new owner so desires. 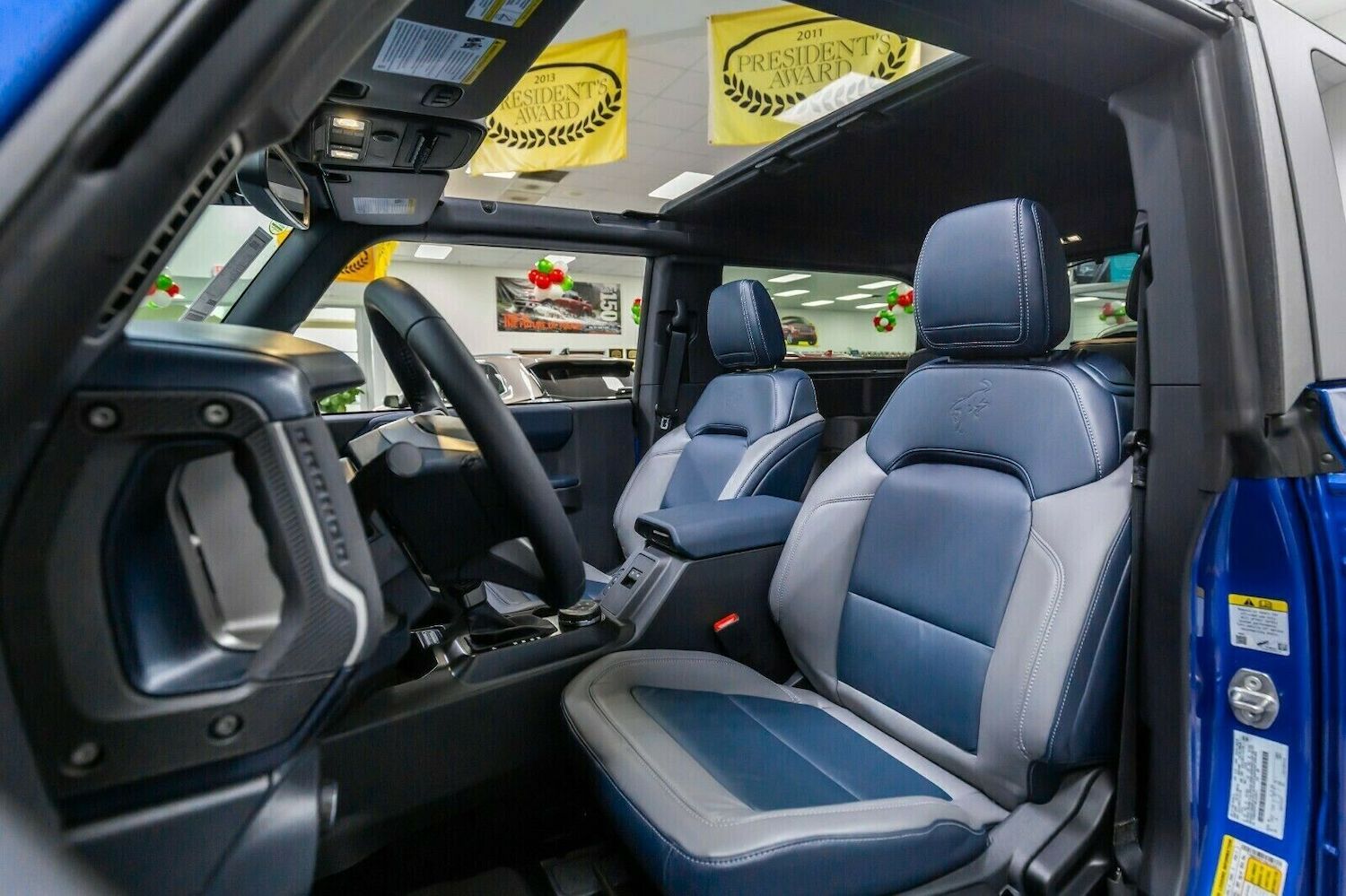 The seller also replaced the stock wheels and tires with a more retro-themed set, which fits the two-tone treatment perfectly and is enough to transport any long-time Blue Oval fan back to the 1980s. The finishing touch is a set of retro Bronco “badges” on the fenders, which look right at home on the decidedly modern vehicle. 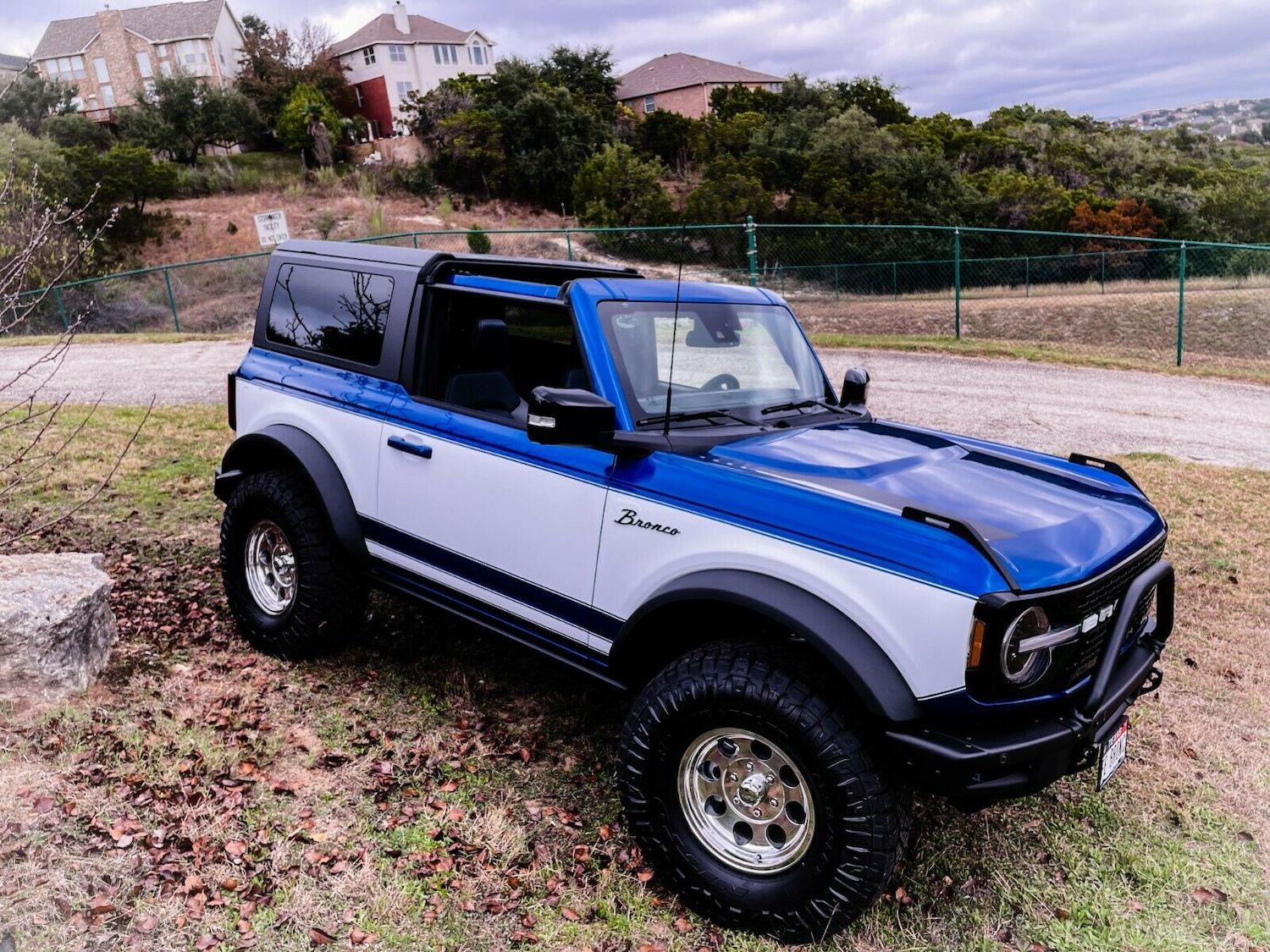 It’s a simple but effective treatment, and this Bronco First Edition also has just 67 miles on the clock to boot. But does that make it worth the $87k asking price? Well, that’s for a buyer to decide, but at least this trim comes with pretty much every available option, including the Lux Package and Ford’s 2.7L EcoBoost V6. At the very least, it certainly looks good.

We’ll have more cool vehicles for sale like this to share soon, so be sure and subscribe to Ford Authority for more Ford Bronco news and around-the-clock Ford news coverage.