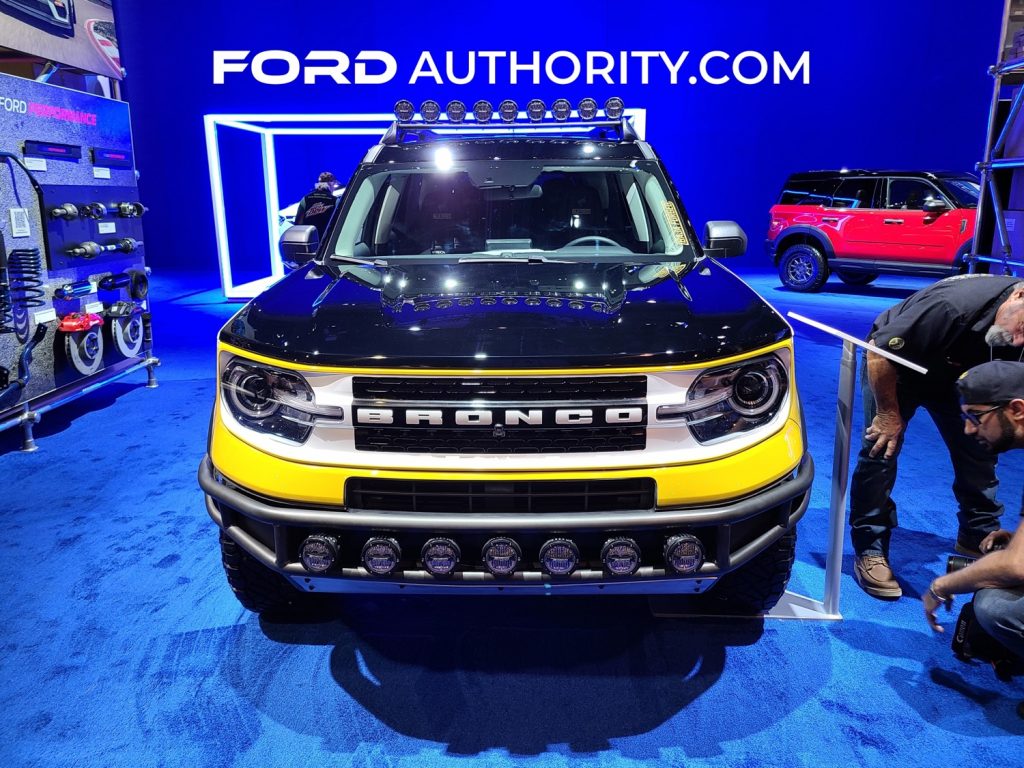 Since its launch last year, the 2021 Ford Bronco Sport has taken plenty of folks by surprise with its excellent off-road capability. Thus, it’s no surprise that the compact crossover has struck a chord with buyers, turning quickly on dealer lots and selling rather well to boot. It’s also a safe bet that plenty of those owners will be modifying their rides, and this 2021 Ford Bronco Badlands built by Baja Forged and LGE-CTS Motorsports for Ford’s official display at the 2021 SEMA Show is a nice example of what can be done to these vehicles. 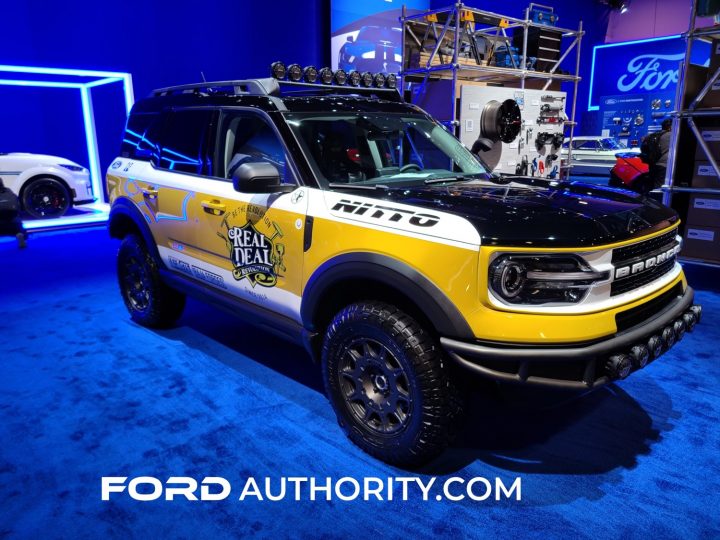 Baja Forged’s 2021 Ford Bronco Badlands build was inspired by the legendary Ford Bronco known as “Big Oly,” which became a star by scoring back-to-back wins at the iconic Baja 1000. Thus, it has been bestowed with a very similar exterior treatment thanks to custom paint put down by LGE-CTS, along with a laundry list of aftermarket parts. 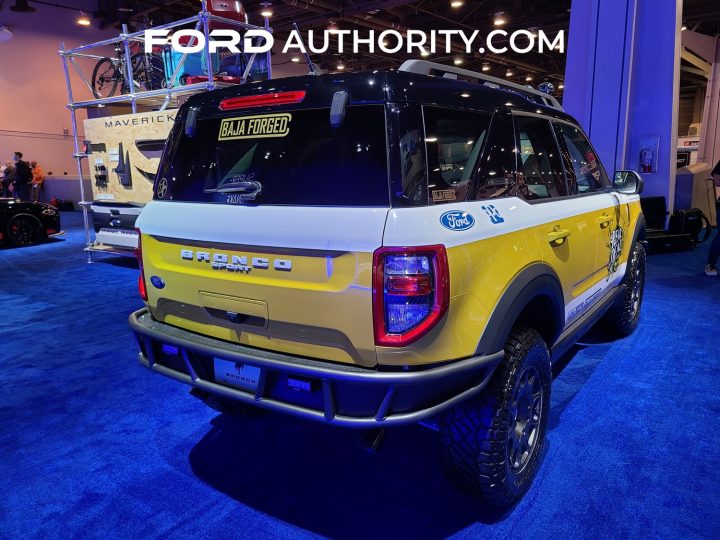 These include a set of tubular bumpers from Baja Forged and a slew of Rigid lighting including an SR Q-Series Pro flood diffused backup kit, a Chase rear-facing LED lightbar, 360-series 4-inch round lights, an underbody rock kit, and SR-series round lights. LGE-CTS also completed a series of custom body modifications to the Badlands and a variety of official Ford Accessories rounds out the look with an ARB air compressor, Air Design fender flares, and roof light bar mounts. 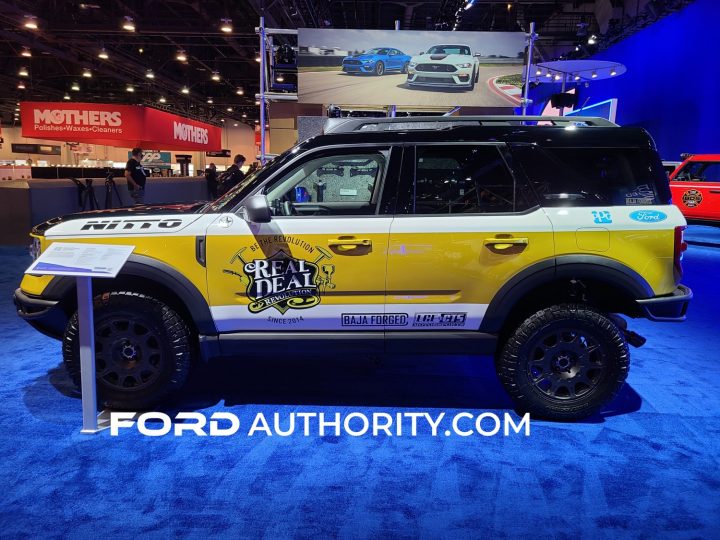 The Bronco Sport Badlands has also been treated to an ICON Vehicle Dynamics suspension system, which makes room for a set of 17×8.5-inch Method Race MR502 wheels wrapped with 265/70 Nitto Ridge Grappler tires. Power comes from Ford’s 2.0L EcoBoost I-4, which has been fortified with a custom Borla cat-back exhaust with black tips and an Injen Evolution air intake. 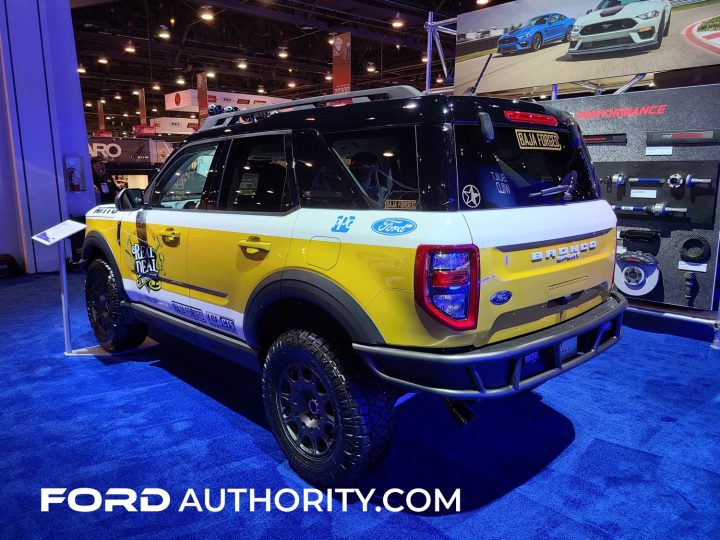 Inside, the Baja Forged Bronco Sport has been fitted with a Ford Performance/Warn recovery kit, recovery boards, Recaro Sportster CS seats, Pelican lifestyle cases, a Pro Eagle off-road jack, and Ford Accessories all-weather floor mats, cargo area protector, first aid and off-road assistance kits, a Console Vault safe, and a battery jump starter. Altogether, this Bronco Sport is a modern off-roader that also happens to pay tribute to perhaps the most famous Bronco of all time, which makes it rather cool in our book.

We’ll have more cool builds like this to share soon, so be sure and subscribe to Ford Authority for more Bronco Sport news and continuous Ford news coverage.