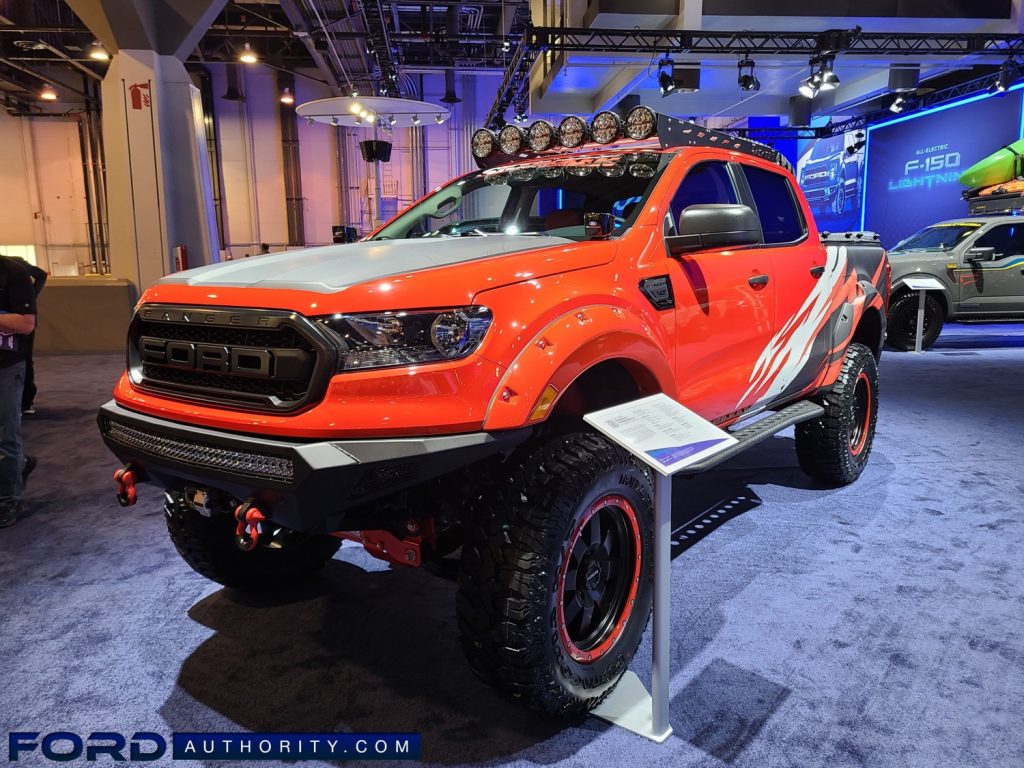 As is the case each year, Ford brought a large array of custom trucks to the 2021 SEMA Show, including more than one Ford Ranger. That includes this 2021 Ford Ranger XLT SuperCrew FX4 built by Skyjacker, which manufacturers and sells suspension components for a wide variety of vehicles. However, this 2021 Ford Ranger XLT features far more than just a lifted suspension, as one might expect from a full-blown SEMA show truck. 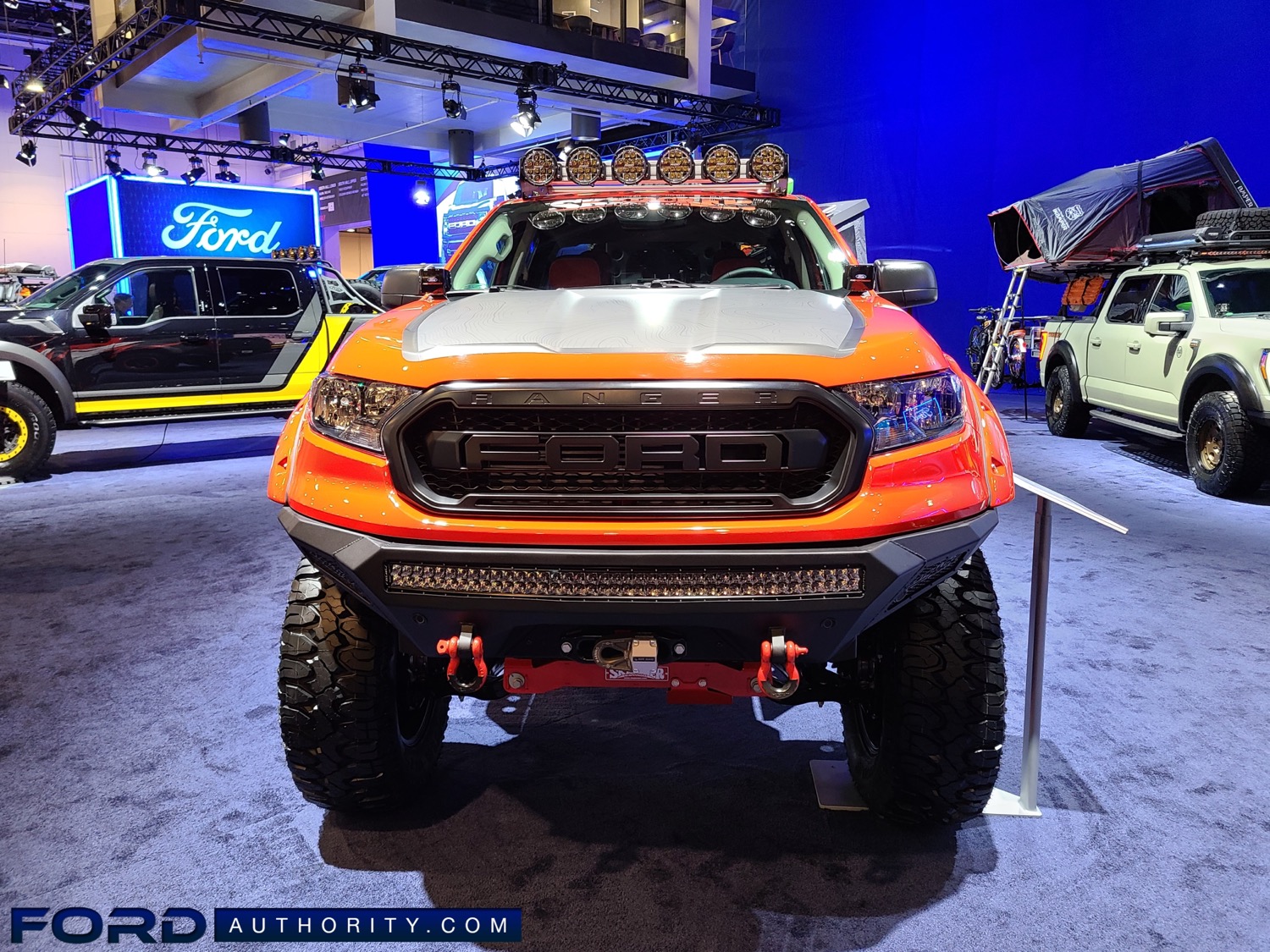 Skyjacker wanted to build a SEMA Ranger that didn’t just look cool – it also wanted it to be capable of going off-road and tackling tough terrain, too. Thus, the suspension features a number of brand new components including Skyjacker’s ADX 2.0 Adventure Series Remote Shocks, a six-inch lift, and a 3.5-inch A-arm suspension kit. In the rear, a new differential cover gives the truck a custom look. 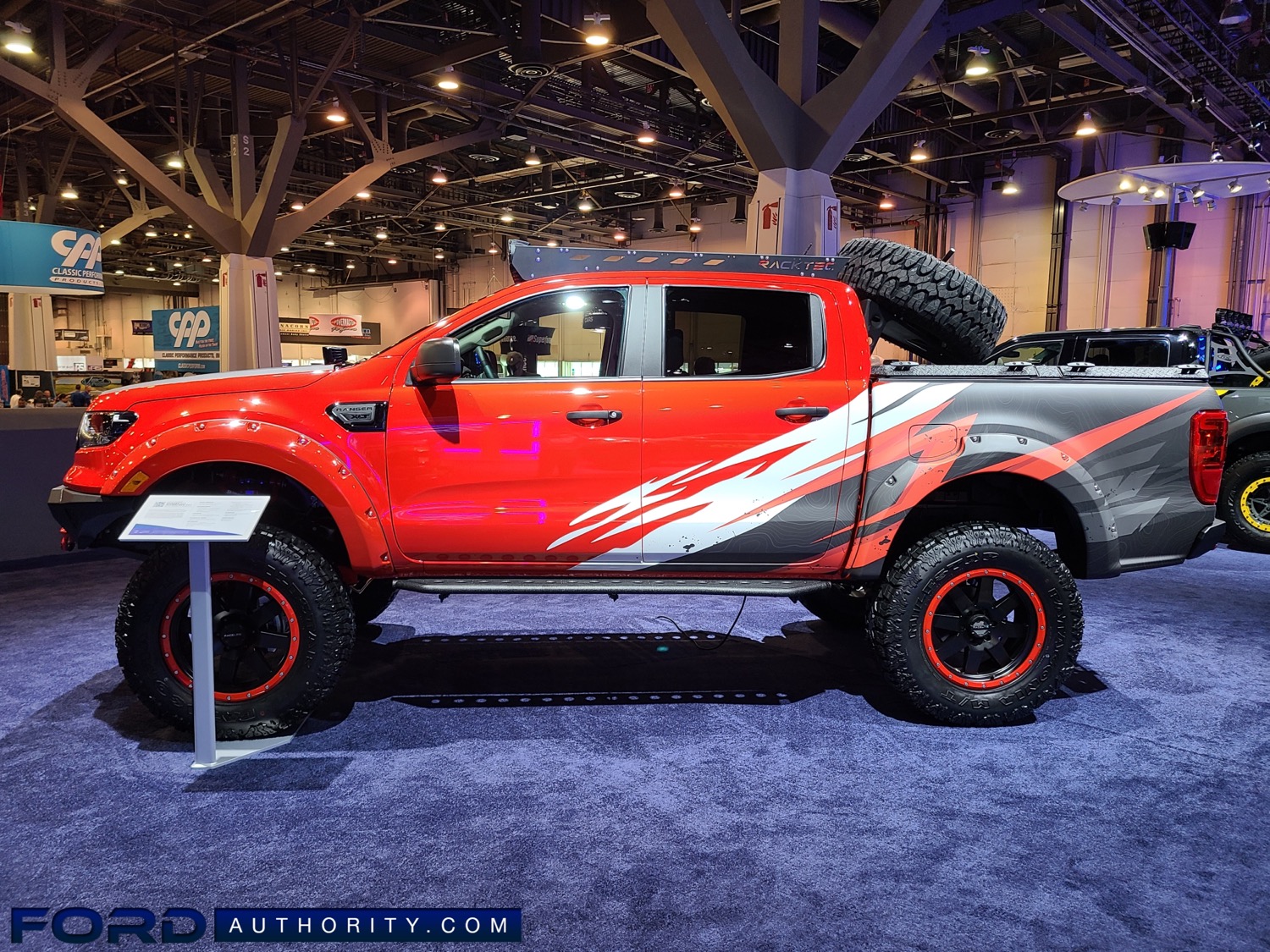 Those components helped make room for a set of 20×9-inch Raceline Defender 935B wheels, which are wrapped with 37×12.5-inch Milestar Patagonia mud-terrain tires. As is the case with all current-gen U.S. Rangers, this one is powered by Ford’s 2.3L EcoBoost I-4, which has been fortified with a Borla cat-back exhaust with black tips and an EcoBoost power pack performance calibration. 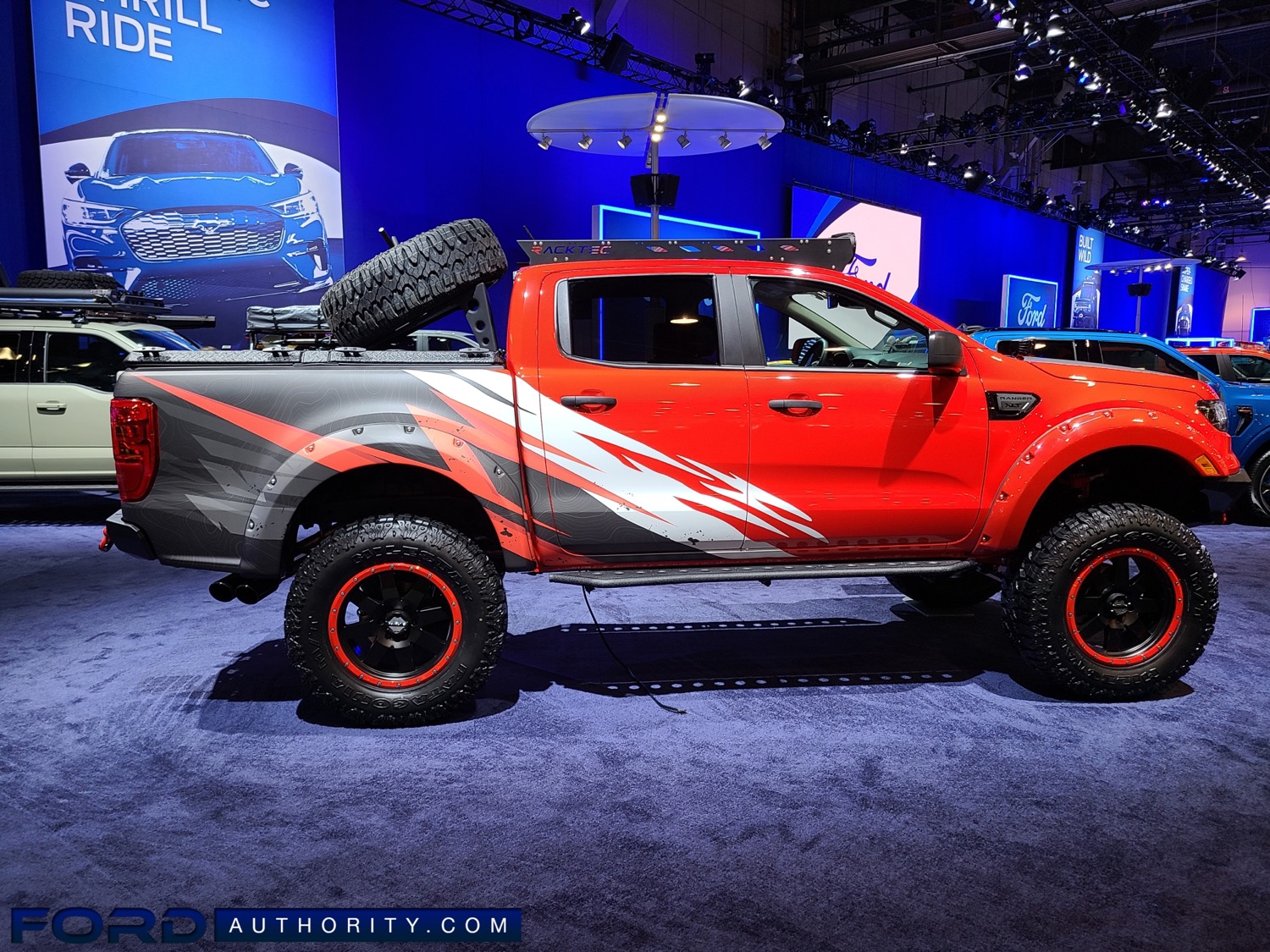 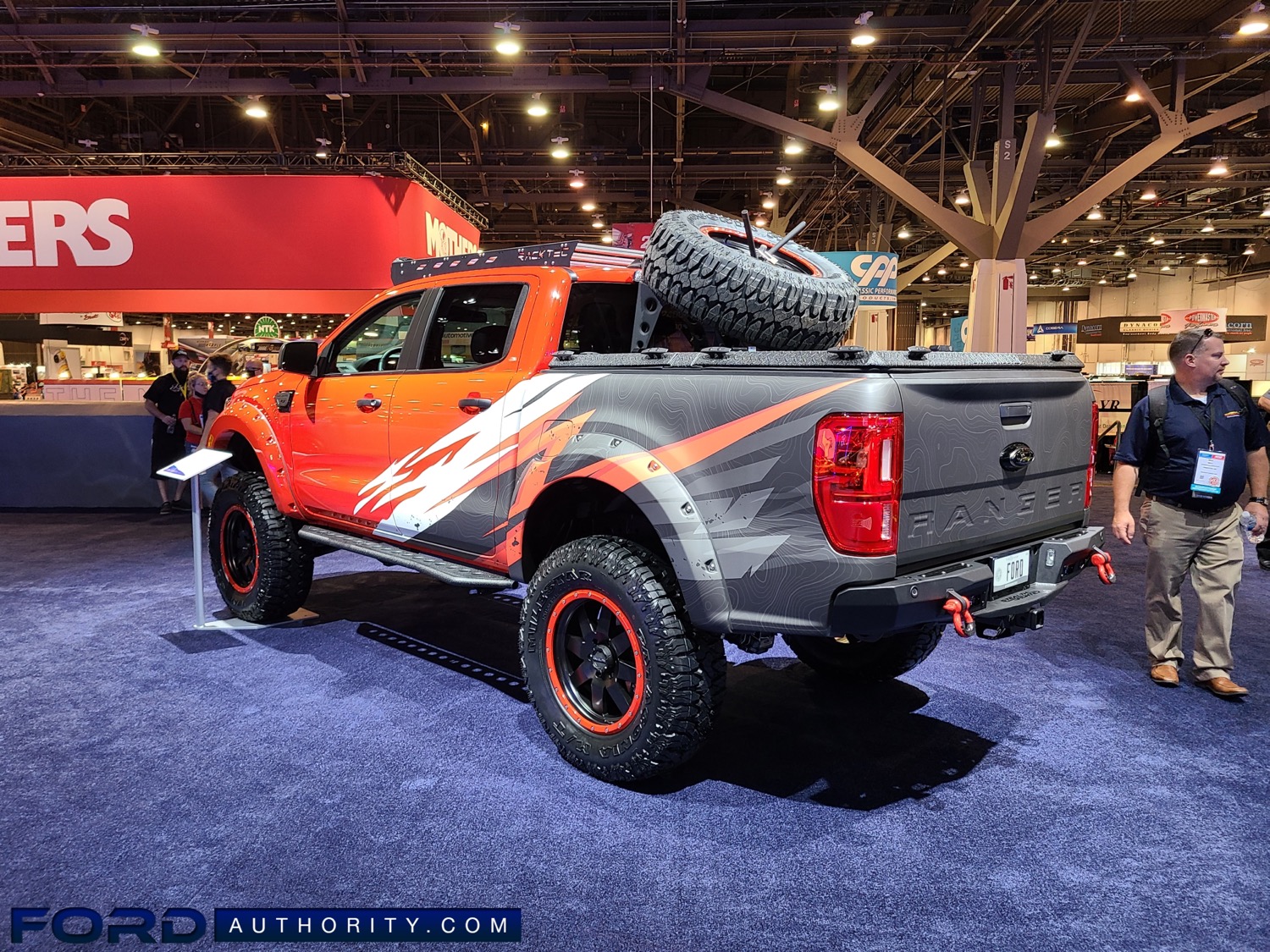 The pickup has also been treated to a host of Rigid lighting, including a hood-hinge-mounted off-road light kit, roof rack-mounted 6-inch lights, a 40-inch light bar in the front bumper, and cube lights in both the front and rear bumpers. 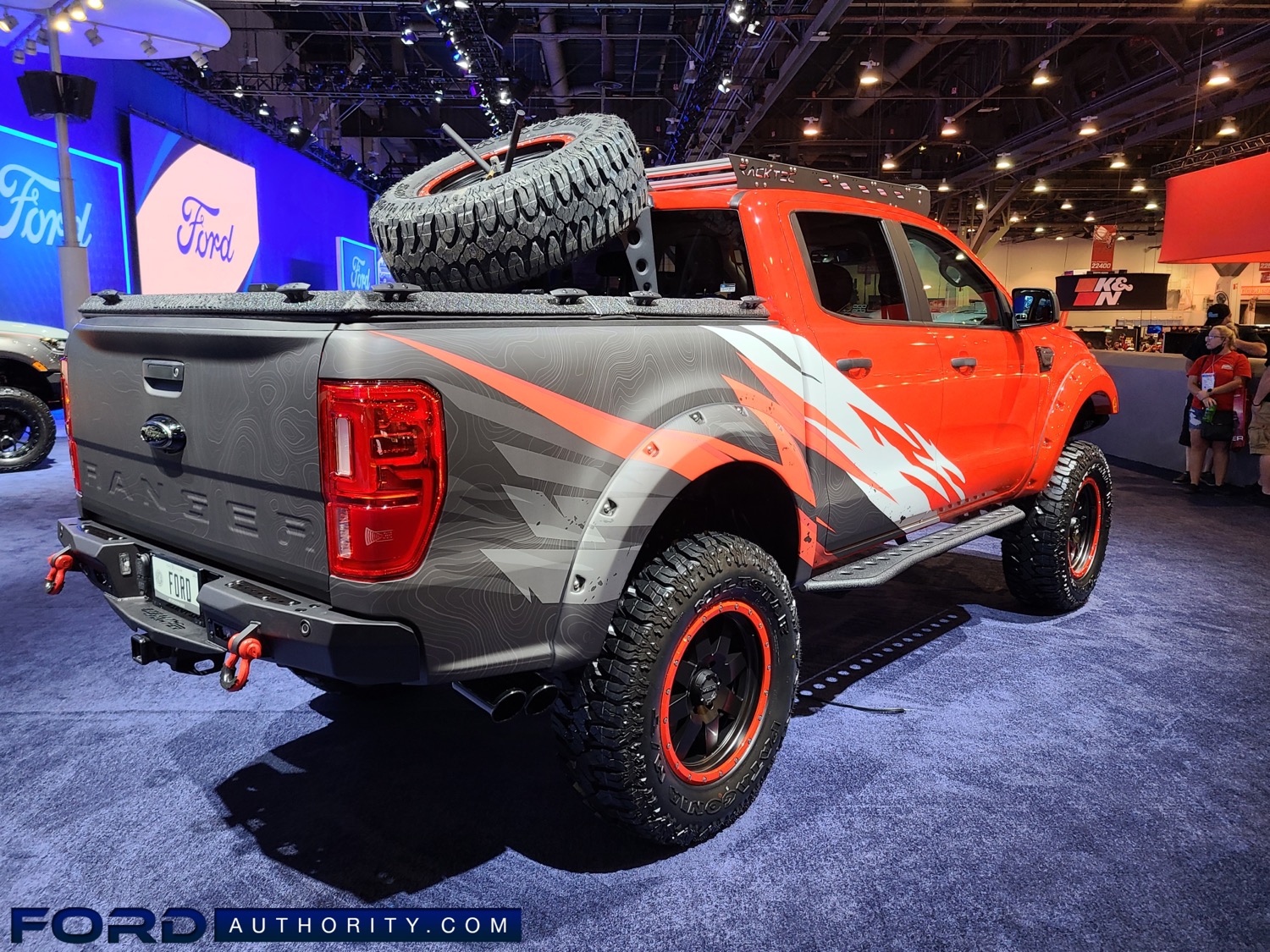 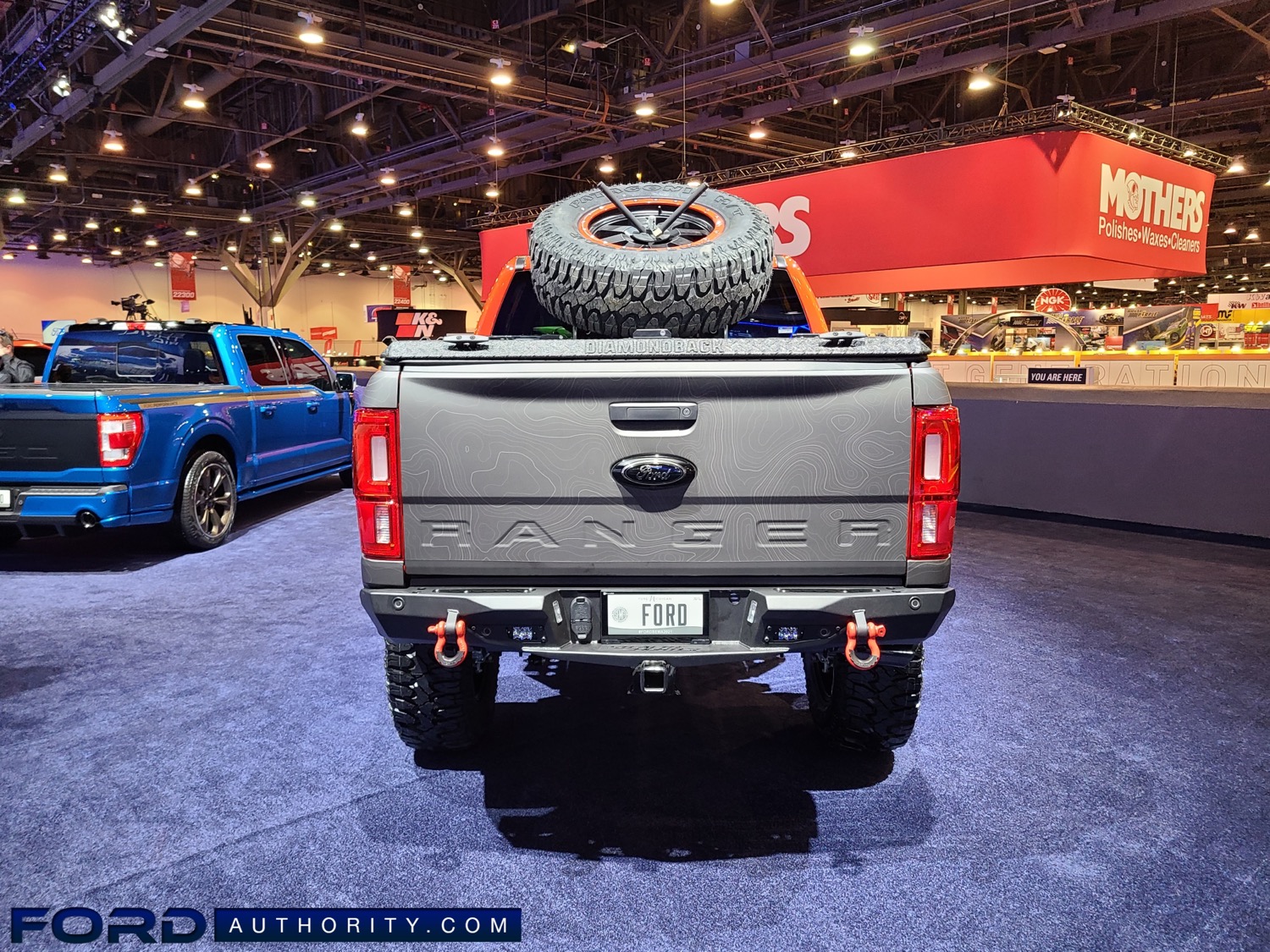 Altogether, Skyjacker’s Ranger is certainly show-worthy and seemingly capable when it isn’t sitting around looking good under the lights in Las Vegas, which makes it a true dual-purpose machine.

We’ll have more cool builds like this to share soon, so be sure and subscribe to Ford Authority for the latest Ford Ranger news and ongoing Ford news coverage. 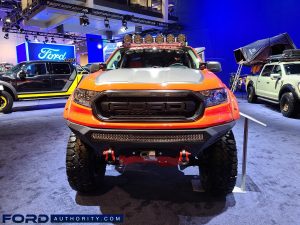 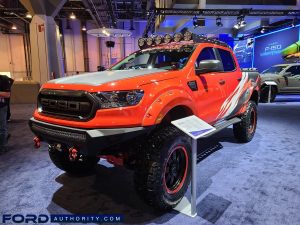 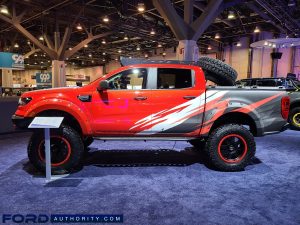 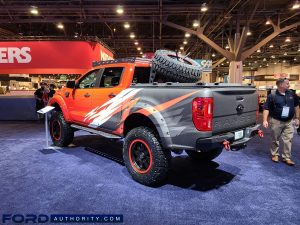 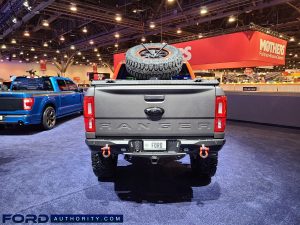 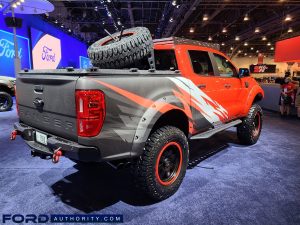 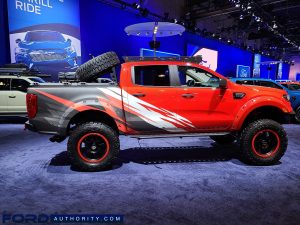