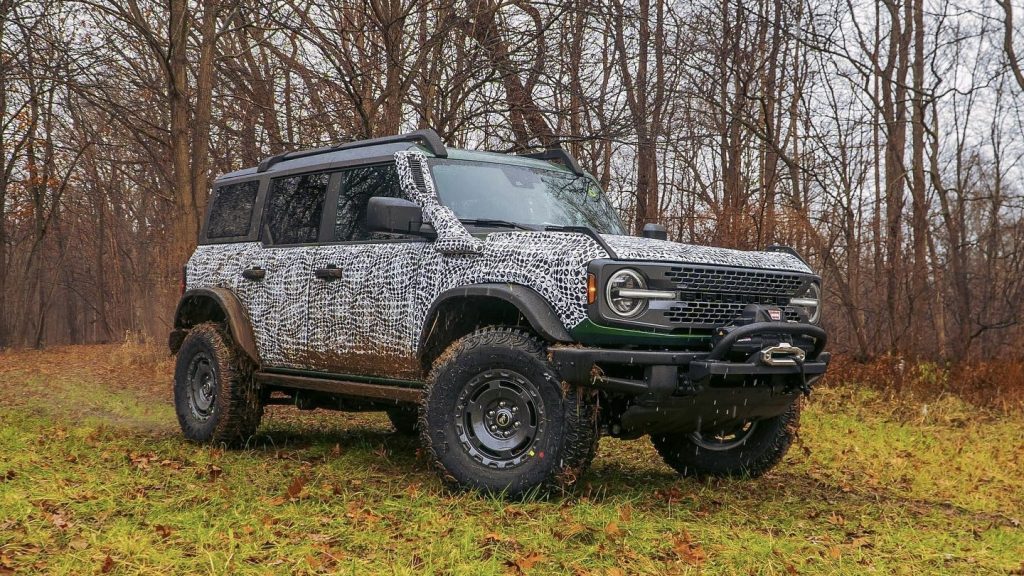 As Ford Authority reported last year, Ford filed to trademark “Everglades” with the United States Patent and Trademark Office (USPTO) on June 5th, 2020. Roughly a month later, the automaker also filed to trademark that same term in Mexico. Then, in September, the 2022 Ford Bronco Everglades showed up in the vehicle’s official order guide. Soon after, dealers were given some information on the mysterious new model, and Ford Authority spies captured an Everglades prototype out testing. Now, a couple of months later, Bronco Nation has obtained photos of a 2022 Ford Bronco Everglades prototype that reveal some new details about the forthcoming Bronco variant. 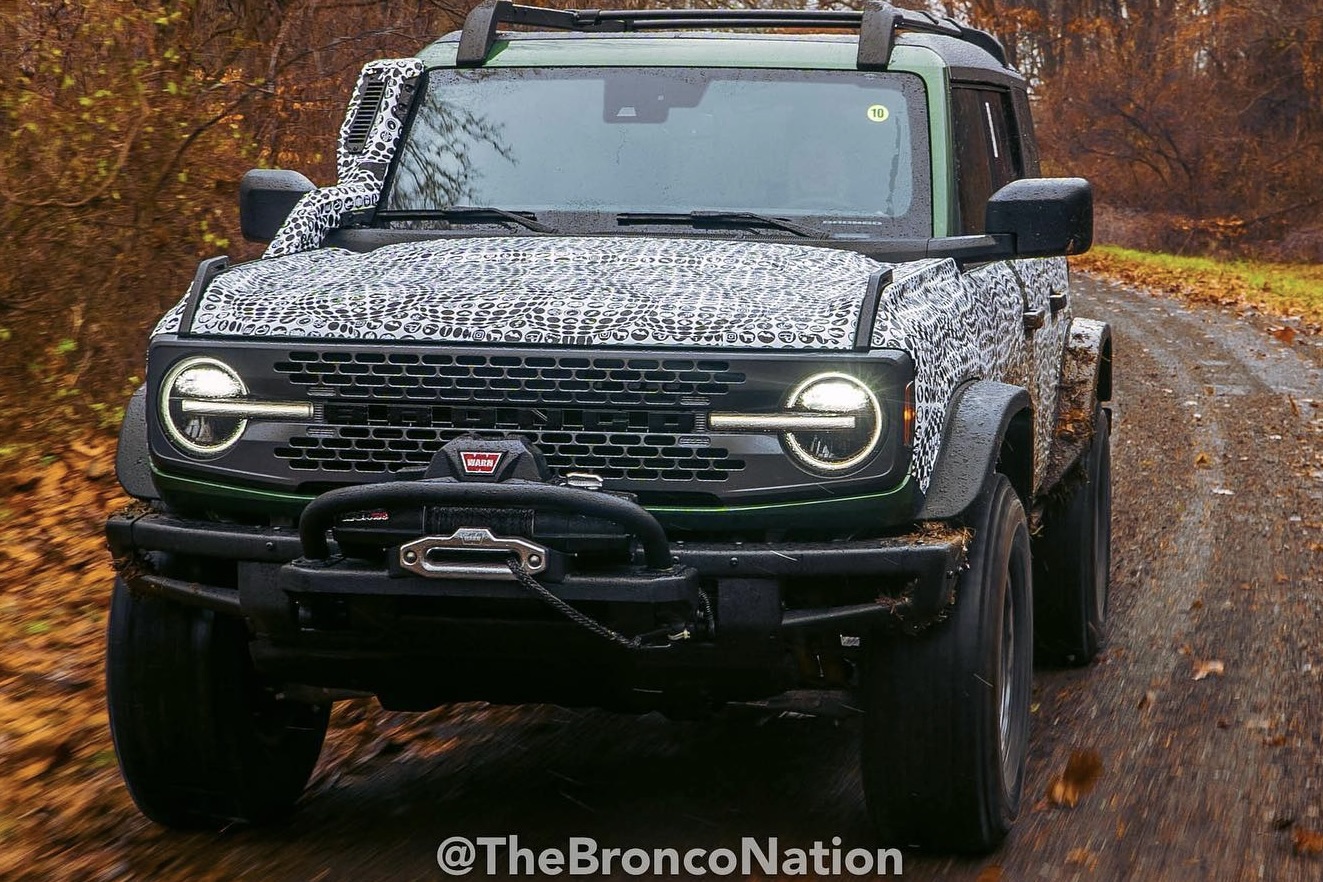 As previously reported, the 2022 Bronco Everglades is the very first Bronco to come equipped with a factory-installed winch and snorkel, but these photos give us more details about those items. The snorkel, located on the passenger side of the Bronco Everglades, feeds air to the induction box. 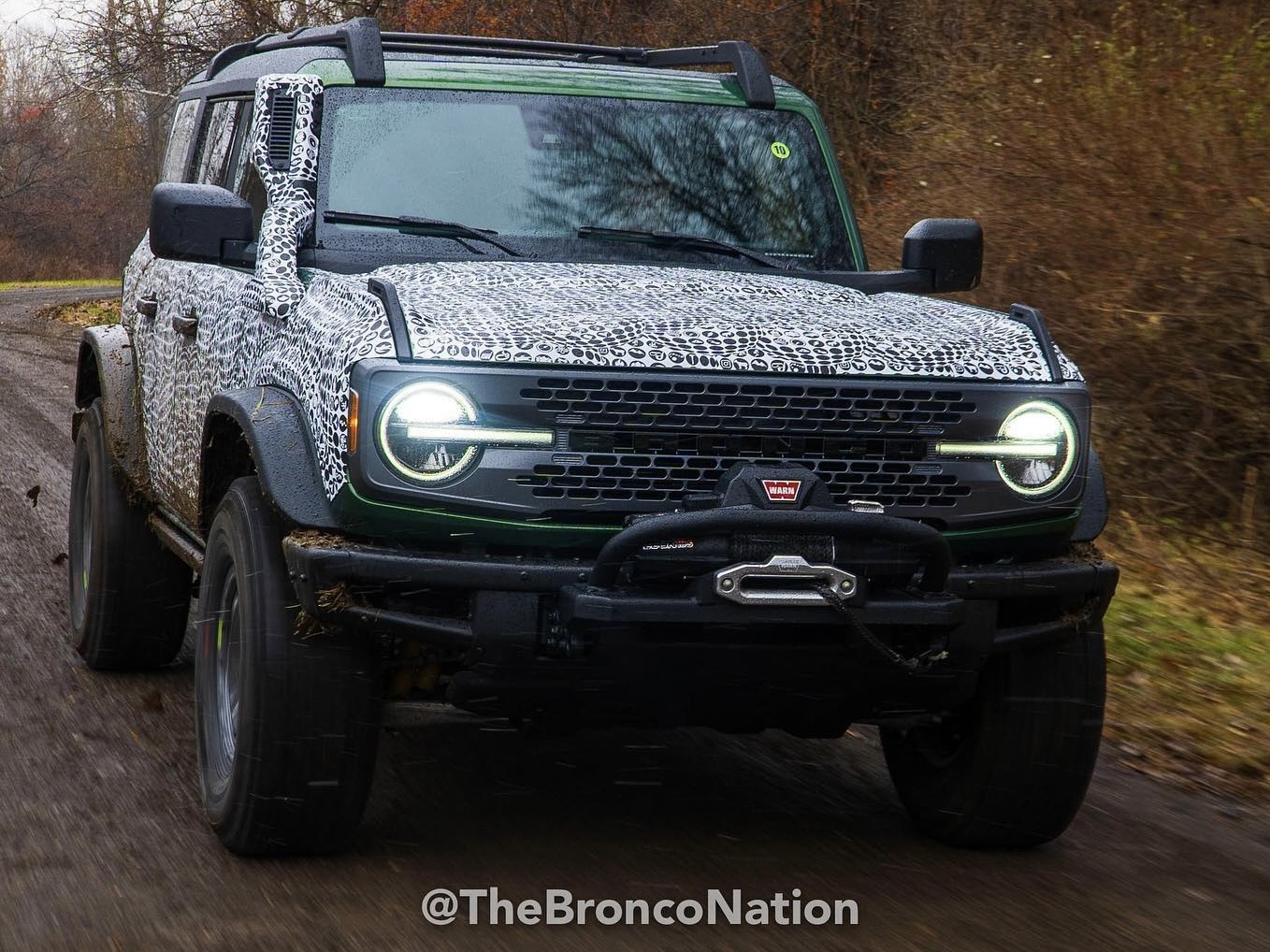 There’s a “trap door” located in the induction box that is designed to release any mud or water that might make it up that far, giving the Everglades the ability to ford deeper water than any other current Bronco model. 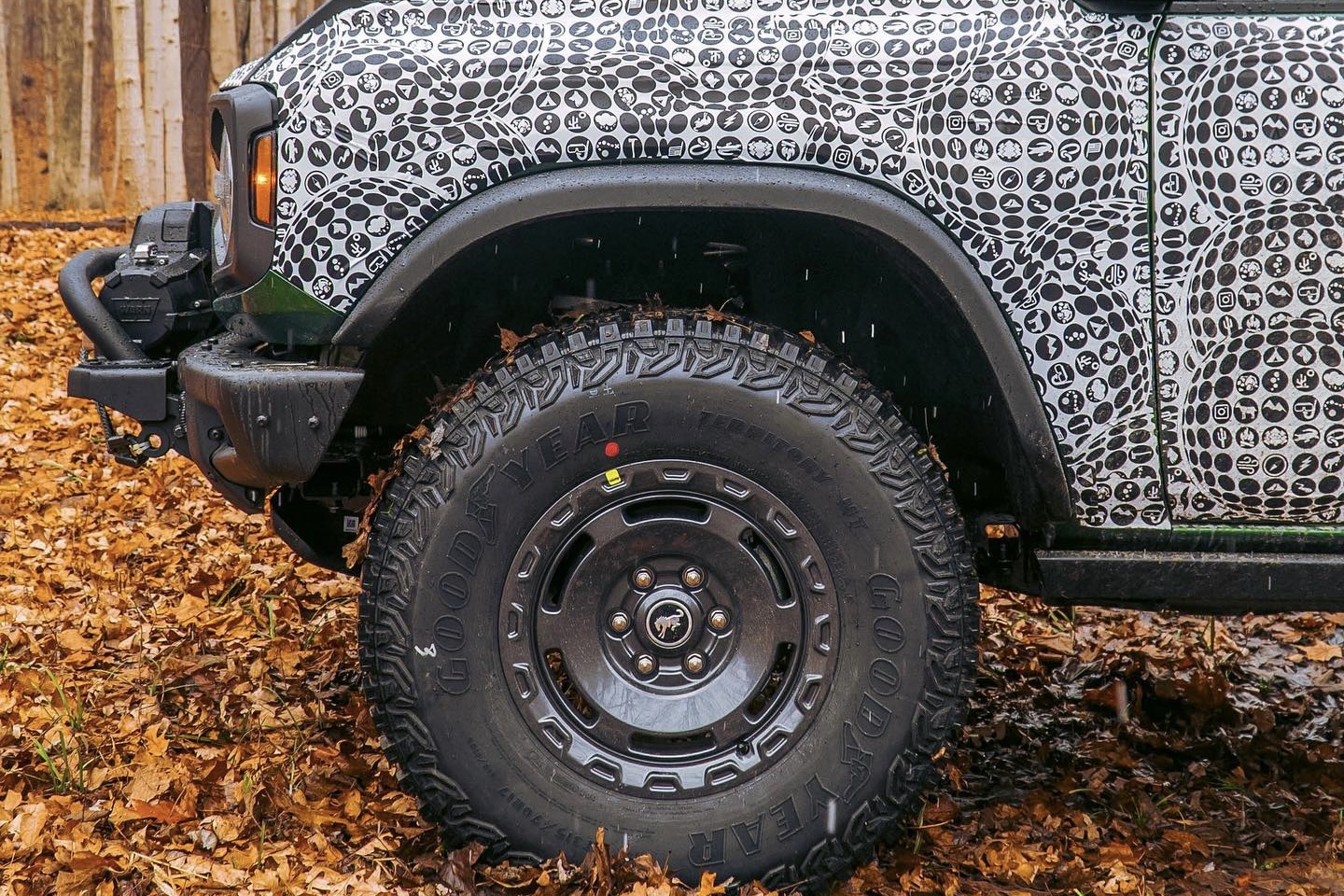 Up front, the winch is the same Ford Performance by Warn Bronco Winch Kit currently available via FoMoCo’s catalog, but it comes standard on the Everglades. Regardless, the big news here concerns what the Everglades rolls on – a brand new set of wheels that are unique to this model, which are wrapped in 35-inch LT315/70R17 Goodyear Territory MT tires. 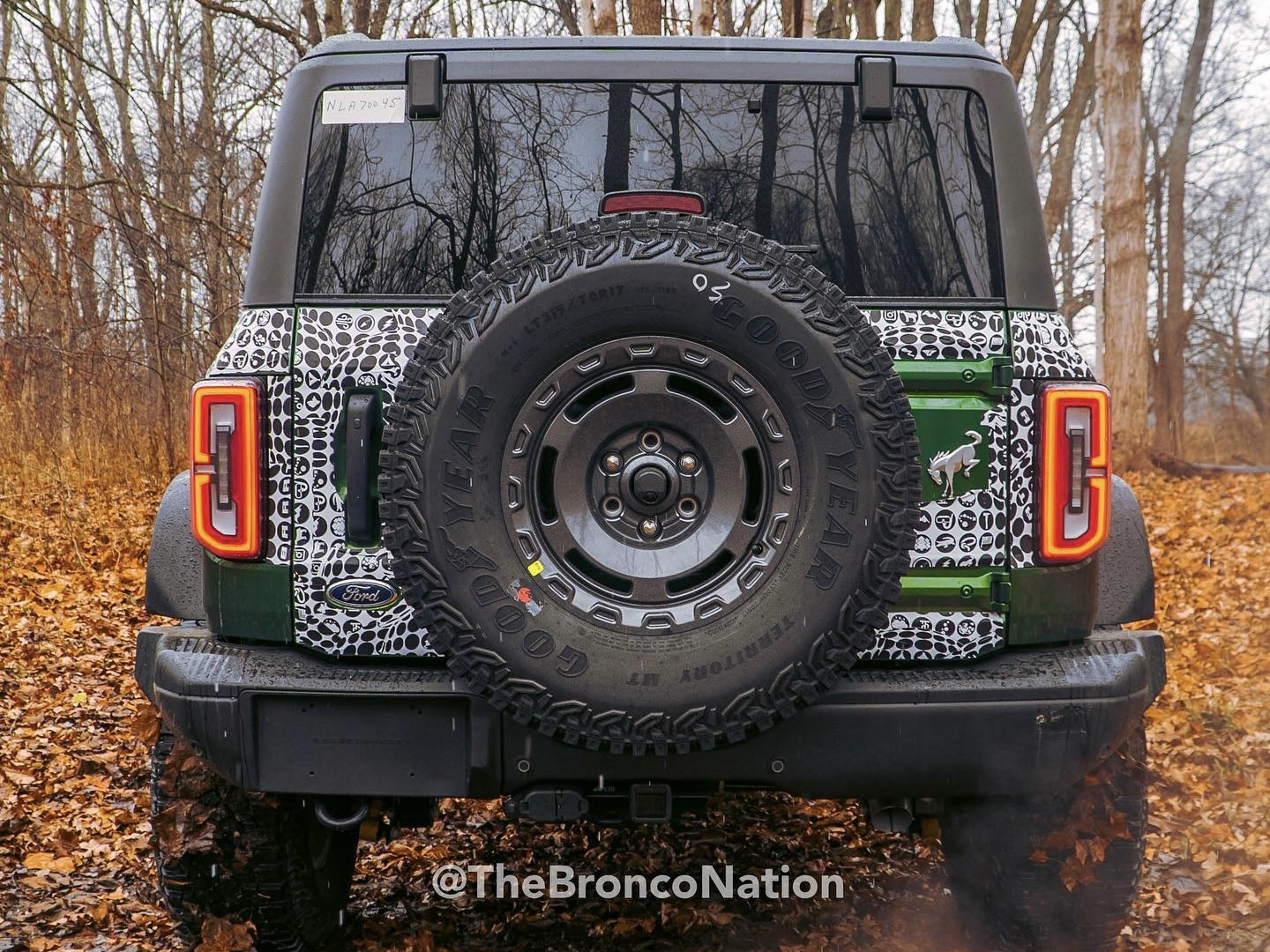 Those tires are covered up by new, uniquely designed fender flares that are finished in Ford’s molded-in color plastic (like the much-maligned hardtops), which is the same finish that also adorns the mirror caps, roof rails, door handles, and hardtop. This particular prototype also sports Ford’s optional slide-out tailgate. The exterior is covered in what appears to be Eruption Green Metallic paint, which is new for the 2022 model year. 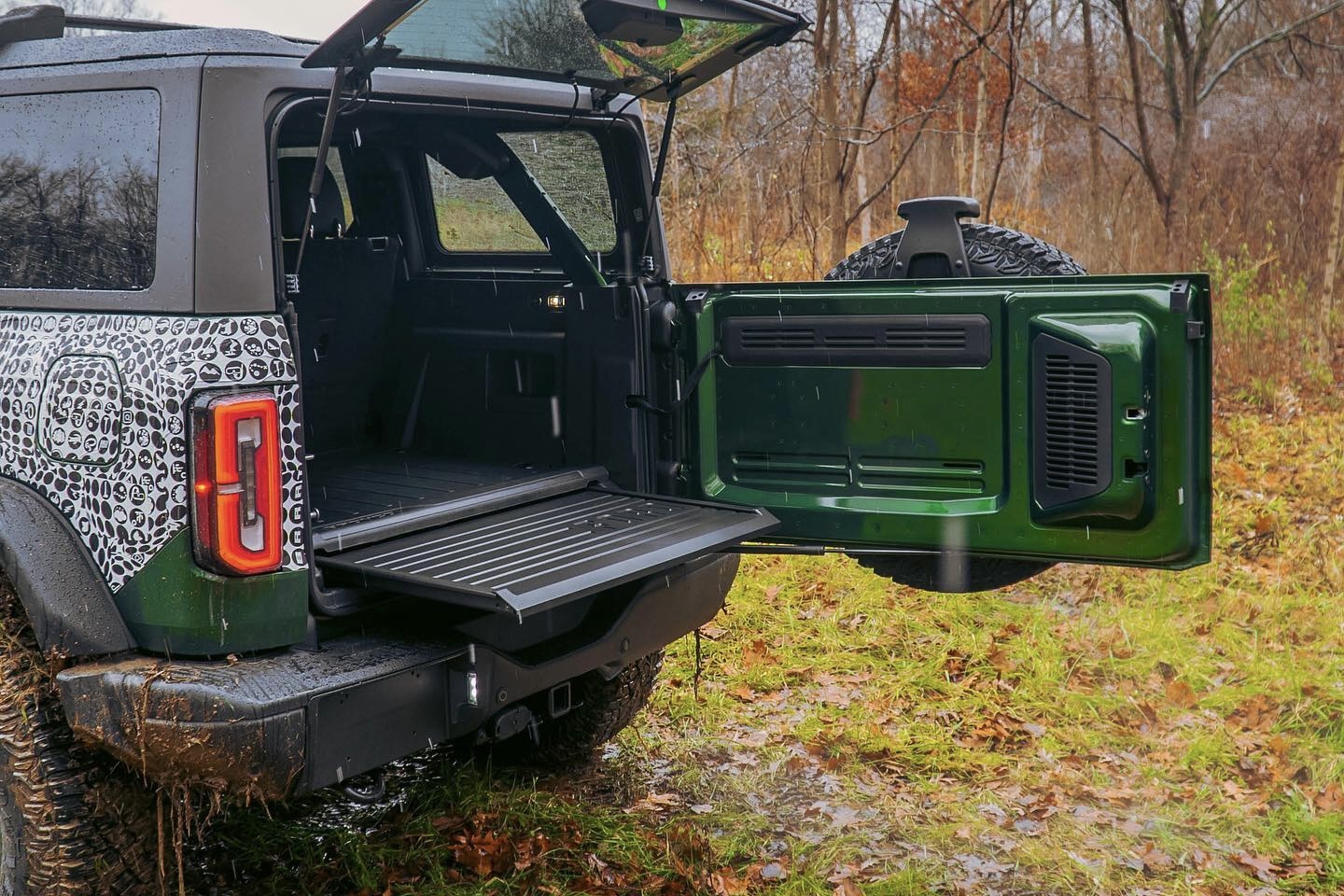 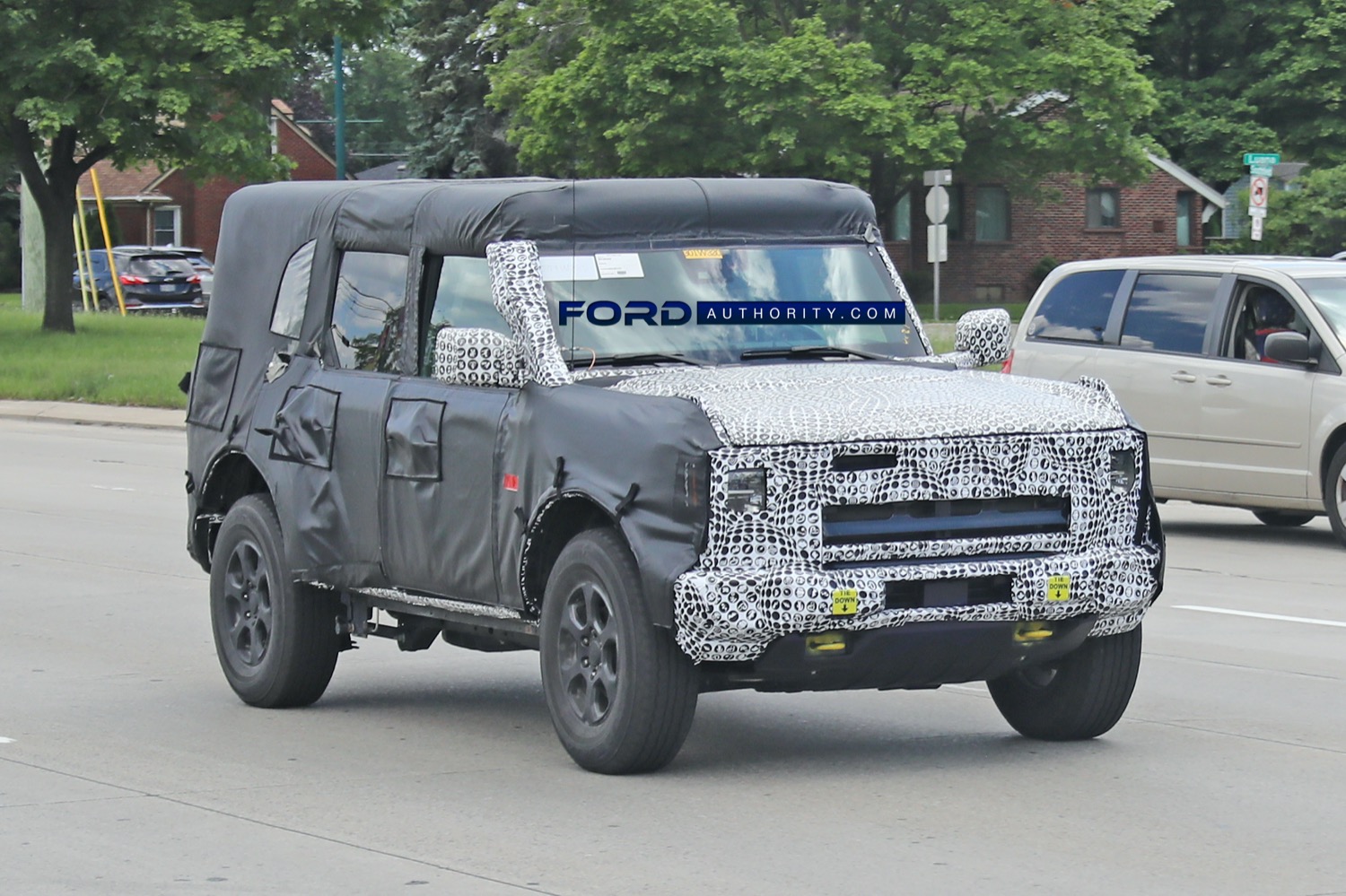 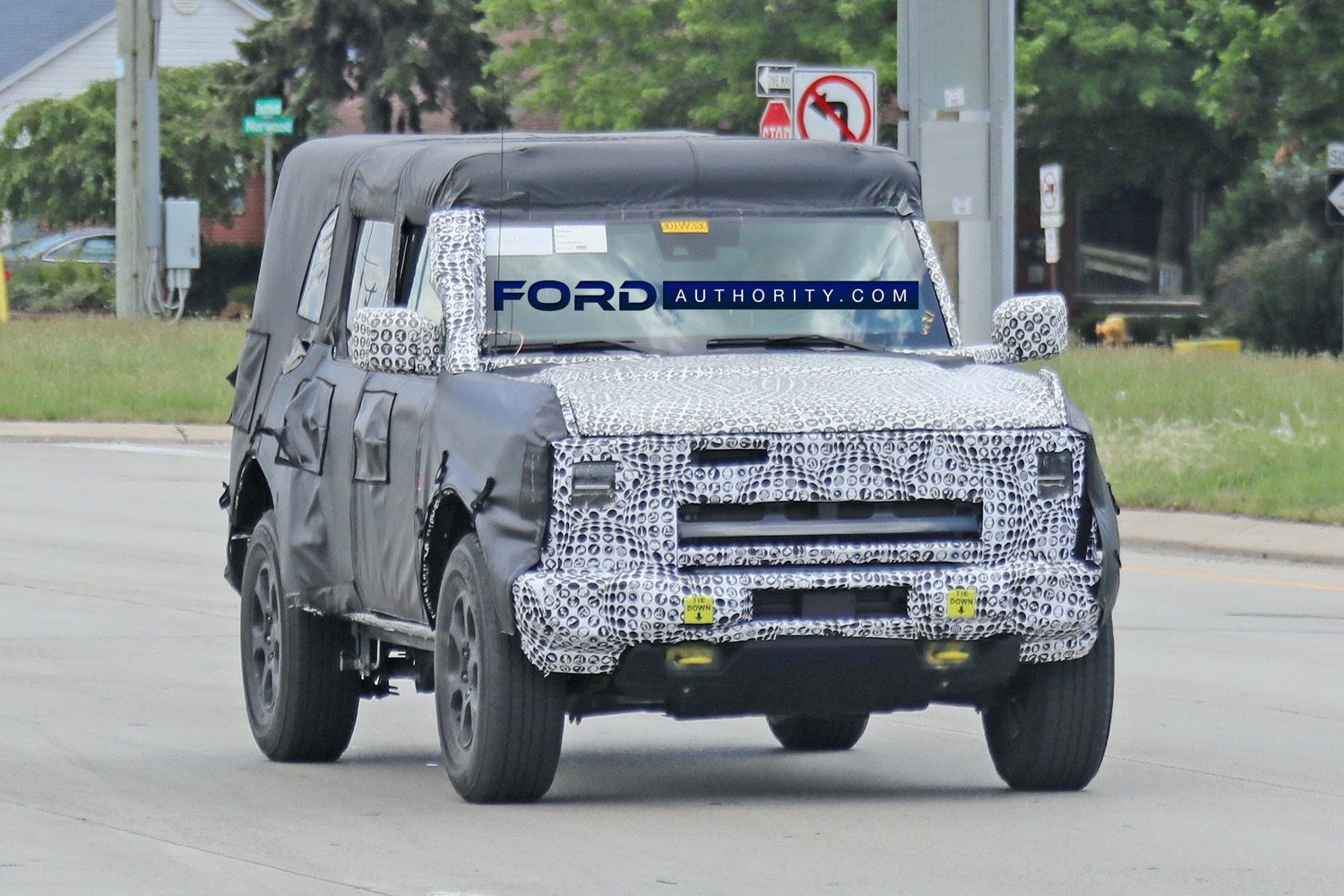