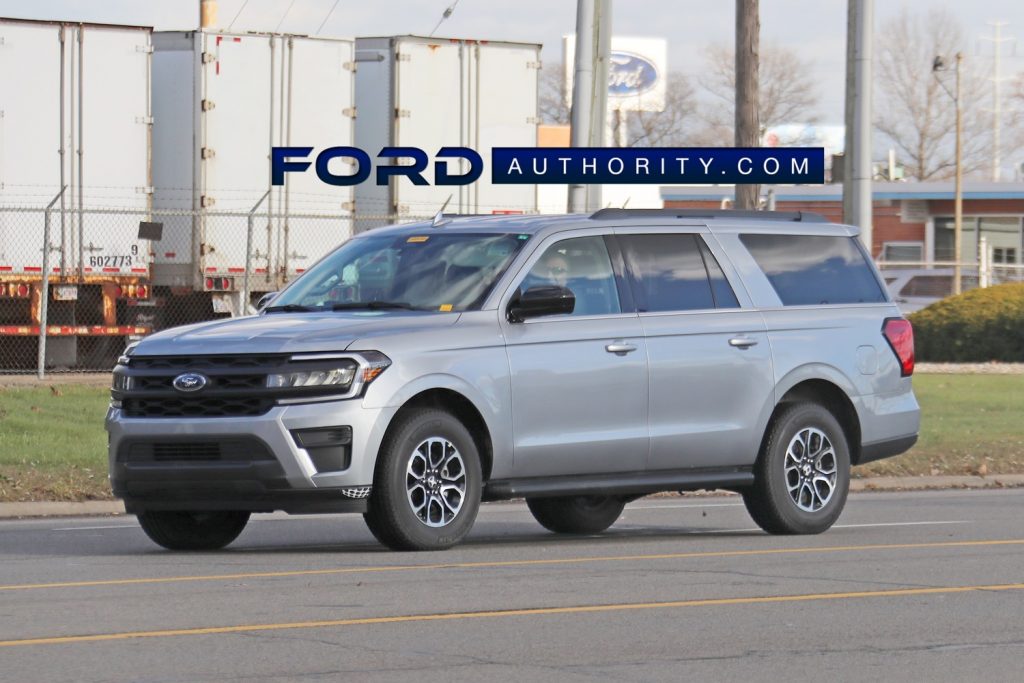 It’s been several months since the refreshed 2022 Ford Expedition officially debuted, and since then, Ford Authority photographers have caught at least one example out in public strutting its stuff. The first refreshed Expedition spotted was either an XLT paired with the Special Edition Package, or a Limited model, based on the fetching 20-inch aluminum wheels it sported. And now, another version of Ford’s upcoming three-row SUV, only this particular model is one that retail customers will never be able to buy new. 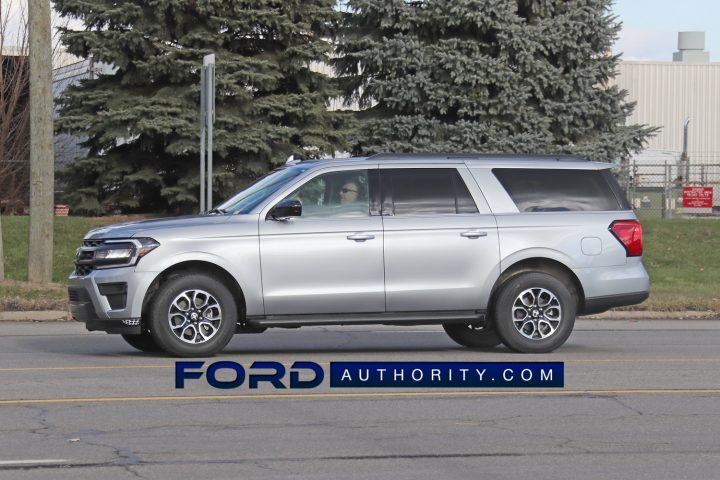 That’s because this 2022 Ford Expedition Max is an XL-trimmed model, which The Blue Oval will only sell to fleets. Separately, there is a Special Service Vehicle (SSV) that will be available to law enforcement, either in standard wheelbase or Max configuration. The giveaway that clearly delineates this fleet model from its upcoming retail variants are the black mirror caps, since body-color units are standard on XLT. In any event, even models destined for rental car companies or corporate fleets will come with a bevy of standard equipment, like a 12-inch Sync 4 infotainment system, Trailer Tow Prep Pack, automatic high beam headlamps, automatic emergency braking, and a universal garage door opener. 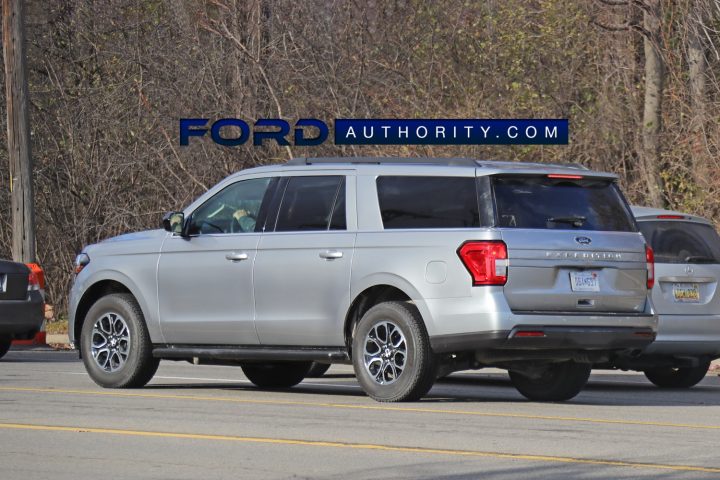 While more expensive 2022 Ford Expedition models feature more chrome and larger wheels, every example will utilize the Ford 3.5L EcoBoost V6, which remains the sole powerplant available, paired with the 10-speed automatic transmission. However, two variants – the Timberline and Stealth Performance Package – will boast an output of 440 horsepower and 510 pound-feet of torque, or the same rating as what’s standard on the 2021 Ford F-150 Raptor. As Ford Authority previously reported, the renewed lineup can be paired with the Outfitters series of cargo packages, options that fleet customers can even capitalize on. However, Ford opted to limit second row audio controls to the Platinum trim.

We’ll have more on the Expedition soon, so subscribe to Ford Authority for the latest Ford Expedition news and continuous Ford news coverage.