Earlier today, reports suggested that deliveries of the 2022 Ford F-150 Lightning would not begin until late next year, a development that, if true, would have meant a significant setback for one of Ford’s most important product launches in modern history. However, a Ford representative swiftly took to social media to swat down any claims that Ford’s first all-electric pickup had been delayed. This latest news arrives shortly after Ford announced that the future pickup is currently in its second phase of production. 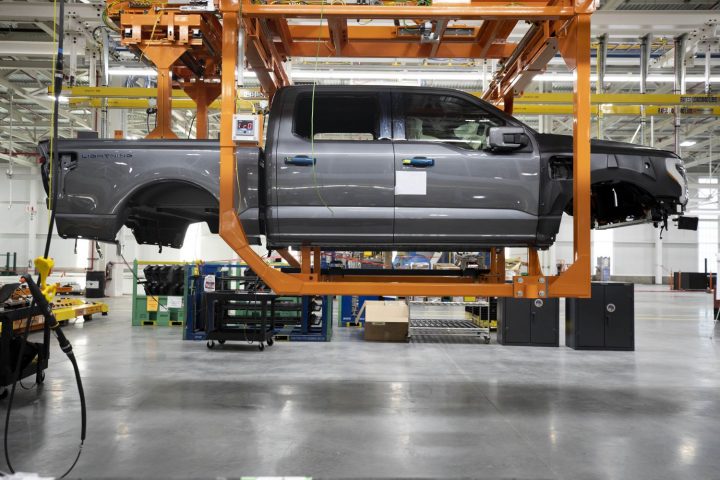 Emma Bergg, director of EV communications, reiterated that 2022 Ford F-150 Lightning deliveries will begin in spring 2022, the same date that The Blue Oval originally stated they’d arrive as part of the official reveal way back in May 2021. Currently, Ford is working on getting operations fully sorted at the Ford Rogue Electric Vehicle Center in Dearborn, Michigan. As Ford Authority previously explained, the automaker has received over 150,000 reservations for the all-electric pickup, a figure that seemingly took the development team by surprise. Additionally, The Blue Oval has taken steps to increase output at the plant in order to try and fulfill its Lightning orders as quickly as possible. While exact 2022 production figures for the Lightning haven’t been disclosed, Ford CEO Jim Farley recently stated that the company intends to produce about 600,000 EVs annually by 2024, or double the company’s previous goal. Despite previous reports, Ford’s increasing confidence on EV mass production relies less on its relationship with Rivian and more on its ability to secure relationships with battery suppliers and create massive assembly plants. As Ford Authority recently detailed, The Blue Oval is no longer working with Rivian on a jointly-developed vehicle. Instead, the automaker has cemented a relationship with South Korea battery manufacturer SK Innovation that will result in the company producing batteries for all of Ford’s North American products by the end of the decade. Additionally, Ford is in the early stages of building several large-scale facilities in the American south, and one campus has been allocated at least one electric F-Series pickup.

ICYMI: There is no delay to delivery timing of the #F150Lightning – customer deliveries are on track to start in spring 2022. ⚡️ #ontrack #excited #HappyFriday pic.twitter.com/faYcXsr6cE

Assuming this latest declaration holds true, the 2022 Ford F-150 Lightning remains on track to beat the Tesla Cybertruck to market by a significant margin. Regardless, the electric offshoot of the F-150 is already the most considered pickup in its class, just like its ICE counterpart.

We’ll have more on the upcoming Lightning as soon as we have it, so subscribe to Ford Authority for the latest Ford F-150 news, Ford F-150 Lightning news, and continuous Ford news coverage.