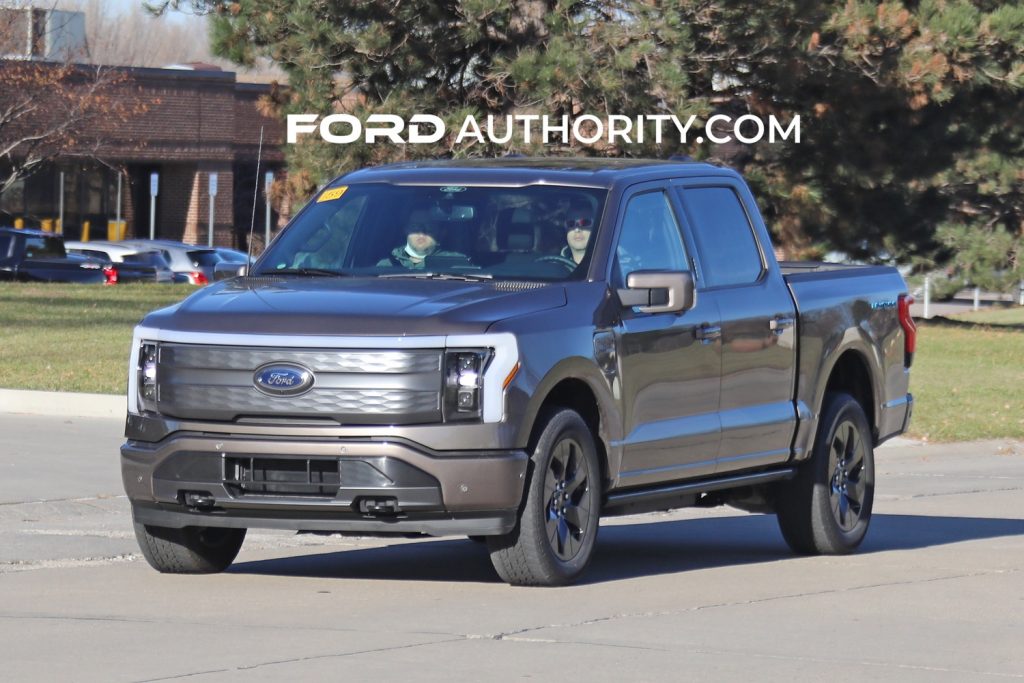 In recent weeks, Ford Authority spies have spotted a number of 2022 Ford F-150 Lightning prototypes driving around wearing different exterior colors – first, a red Lariat, then, an Iconic Silver Platinum, an XLT with the Premium Package finished in Oxford White, and an Atlas Blue XLT sans the Premium Package. Now, Ford Authority spies have captured a 2022 Ford F-150 Lighting Lariat finished in Stone Gray, which gives us yet another real-world look at a color that will be available when the all-electric Ford F-150 launches next spring. 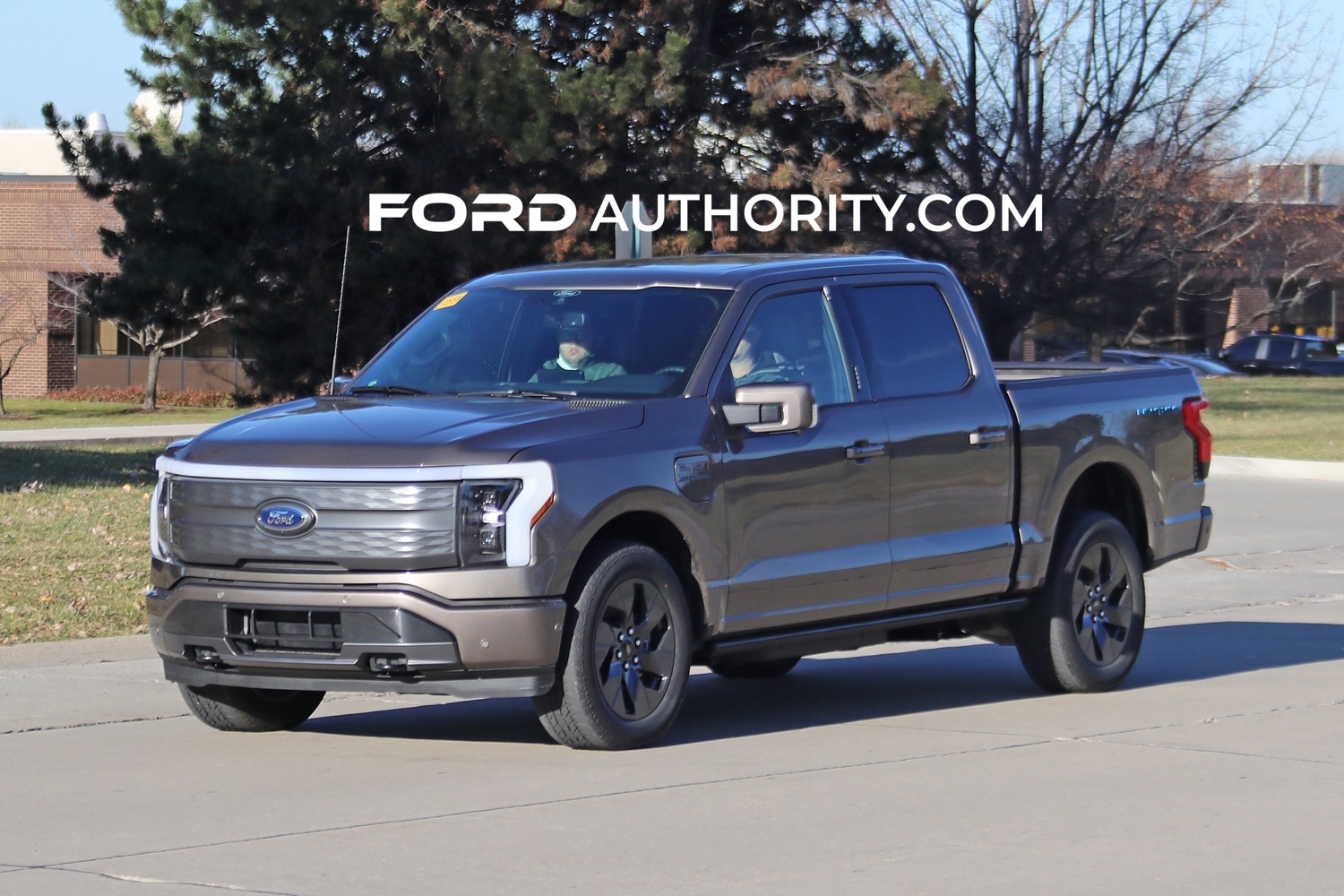 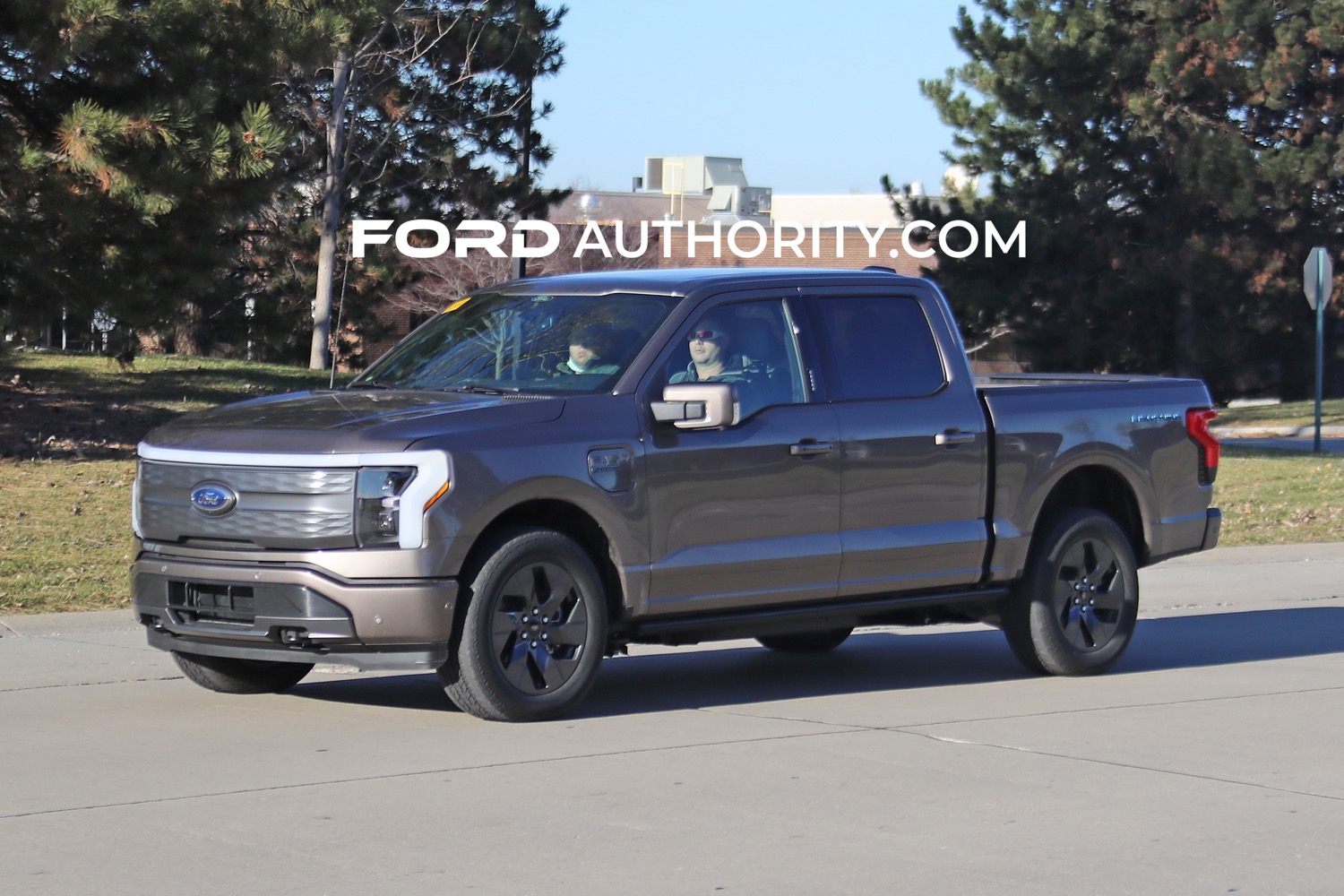 The Lariat slots above the commercial-focused Pro and the XLT in the F-150 Lightning lineup and comes equipped with a Premium Geometric Gray-Ion satin grille, 20-inch Dark Carbonized Gray wheels, leather-trimmed heated and ventilated seating, a power tailgate, Sync 4A with a 15.5-inch touchscreen, and standard Pro Power Onboard with 9.6 kW of power. Options include a twin-panel moonroof and Ford Co-Pilot360 Active 2.0. 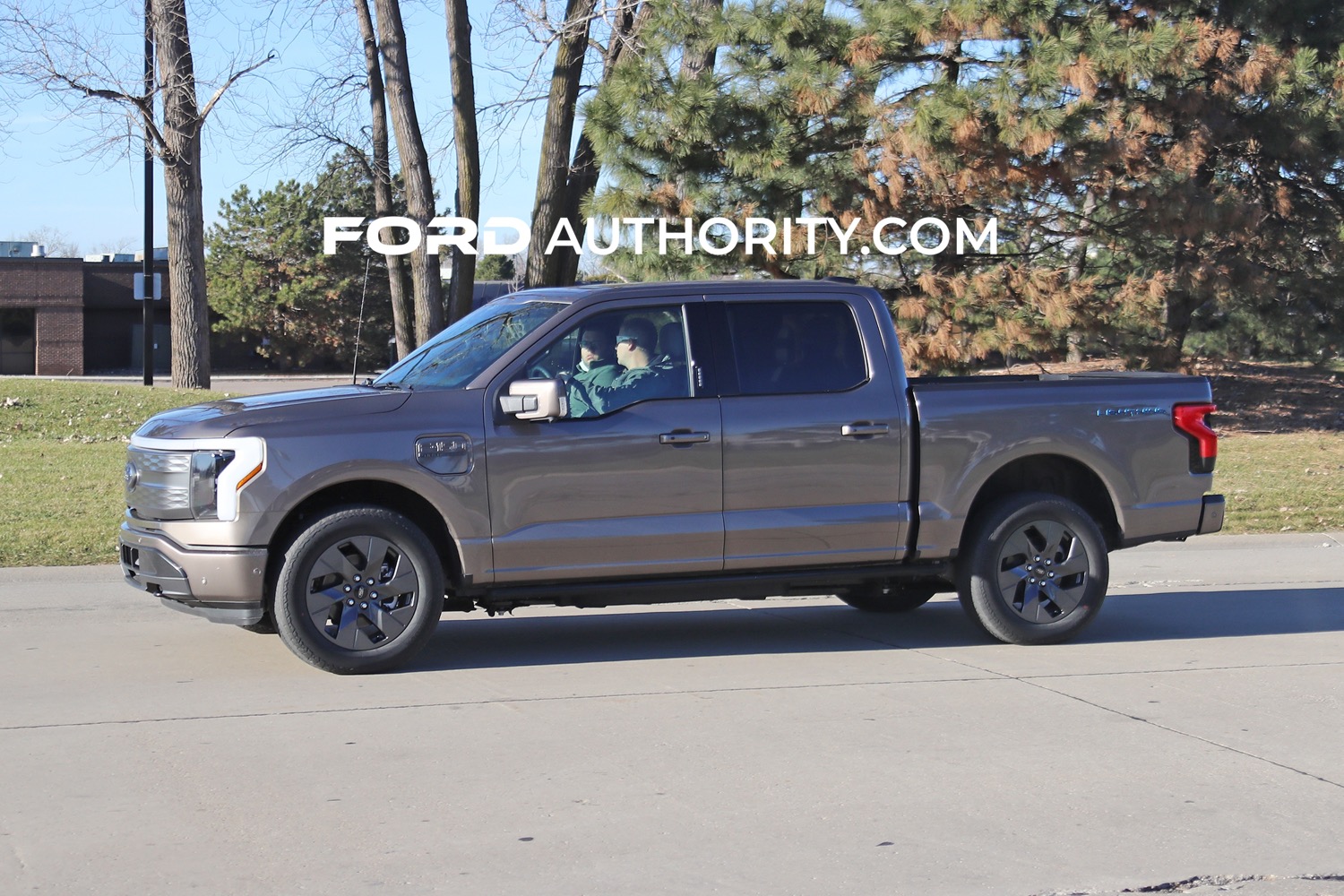 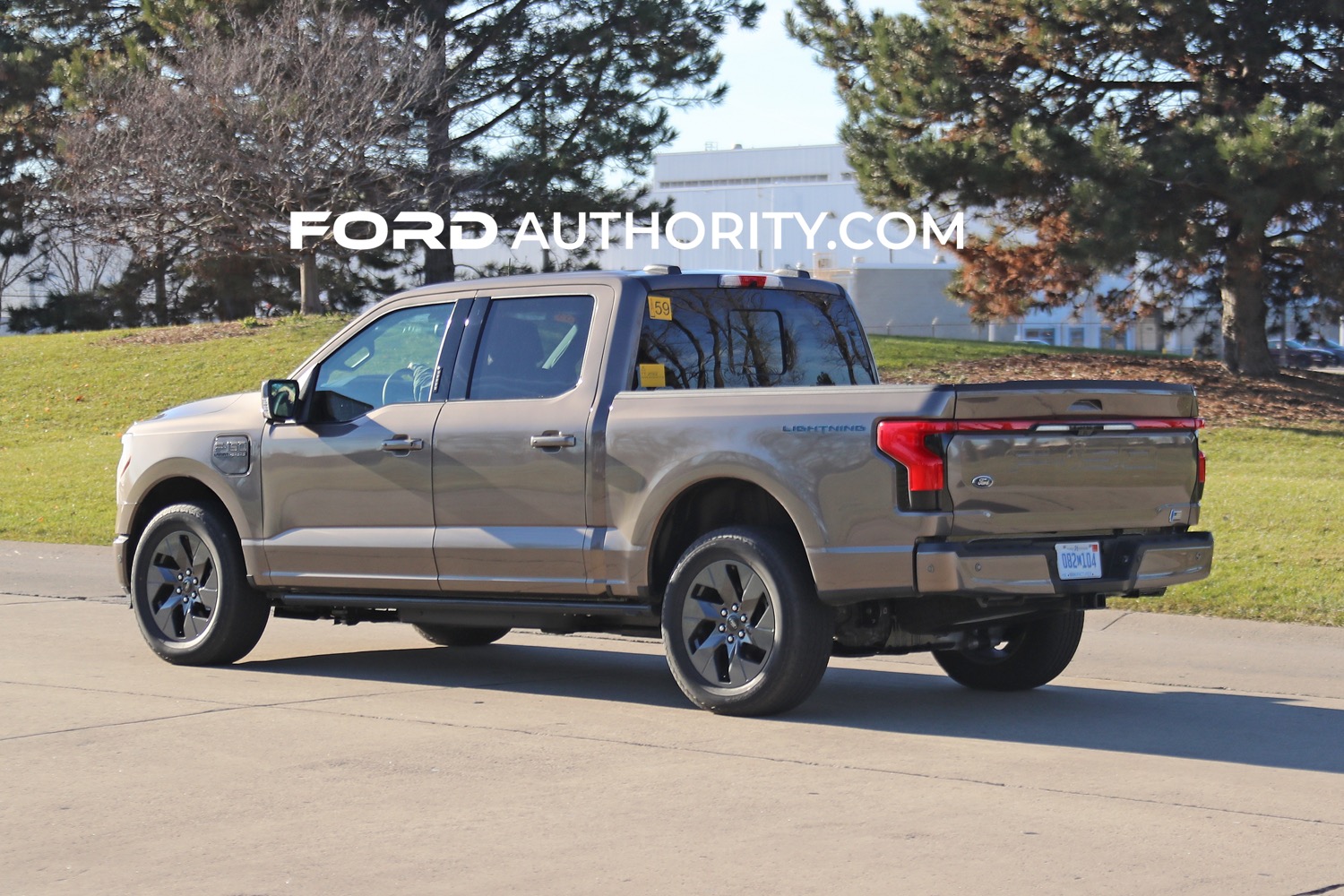 As Ford Authority previously reported, Ford recently stopped taking reservations for the F-150 Lighting after racking up approximately 200,000 of them. Order banks for the all-electric pickup are scheduled to open next month, with orders being taken in “waves,” or via a staggered process. After demand exceeded Ford’s expectations, the automaker recently announced that it will ramp up its planned production of the F-150 Lightning sooner than expected. 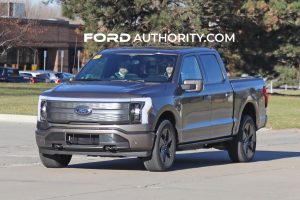 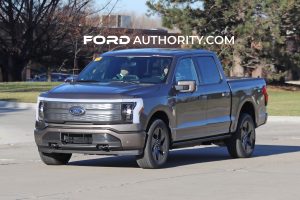 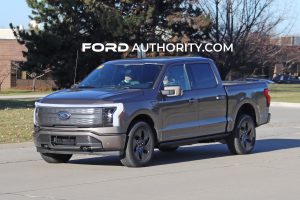 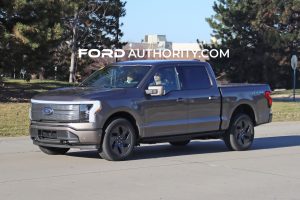 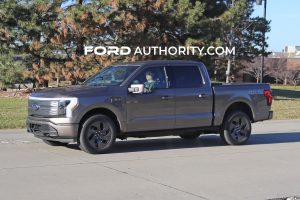 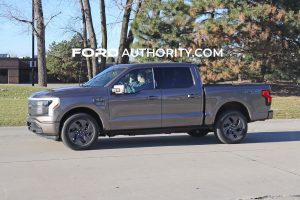 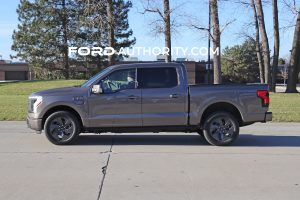 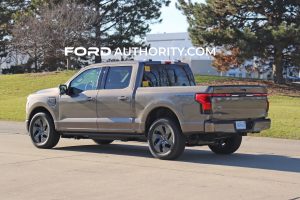 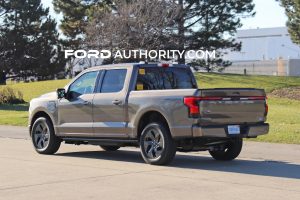 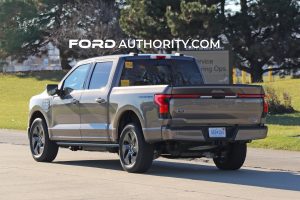