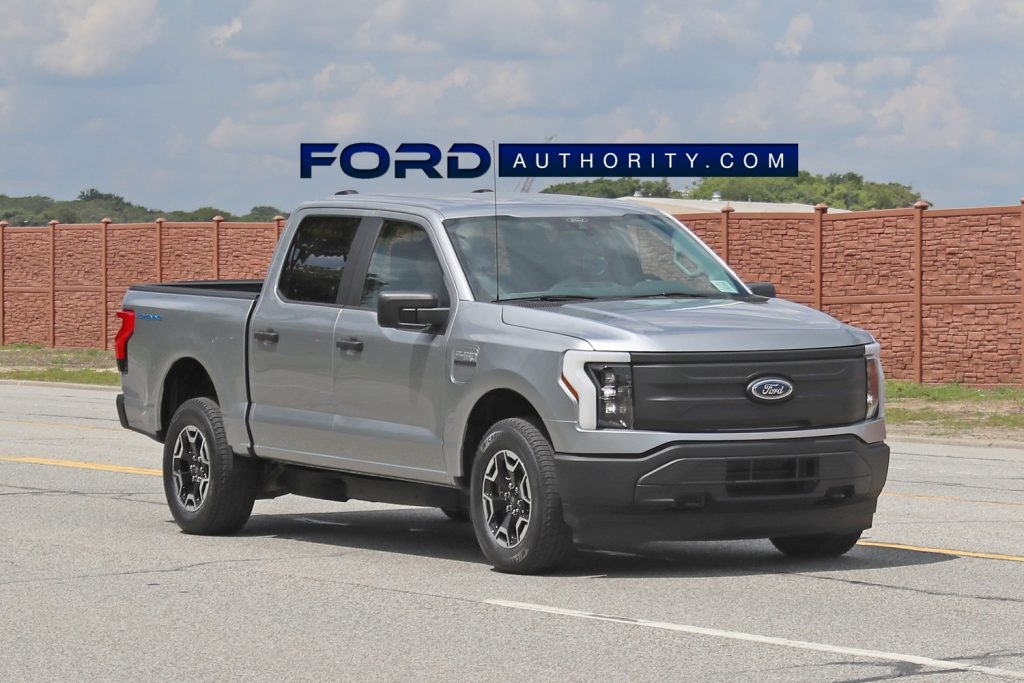 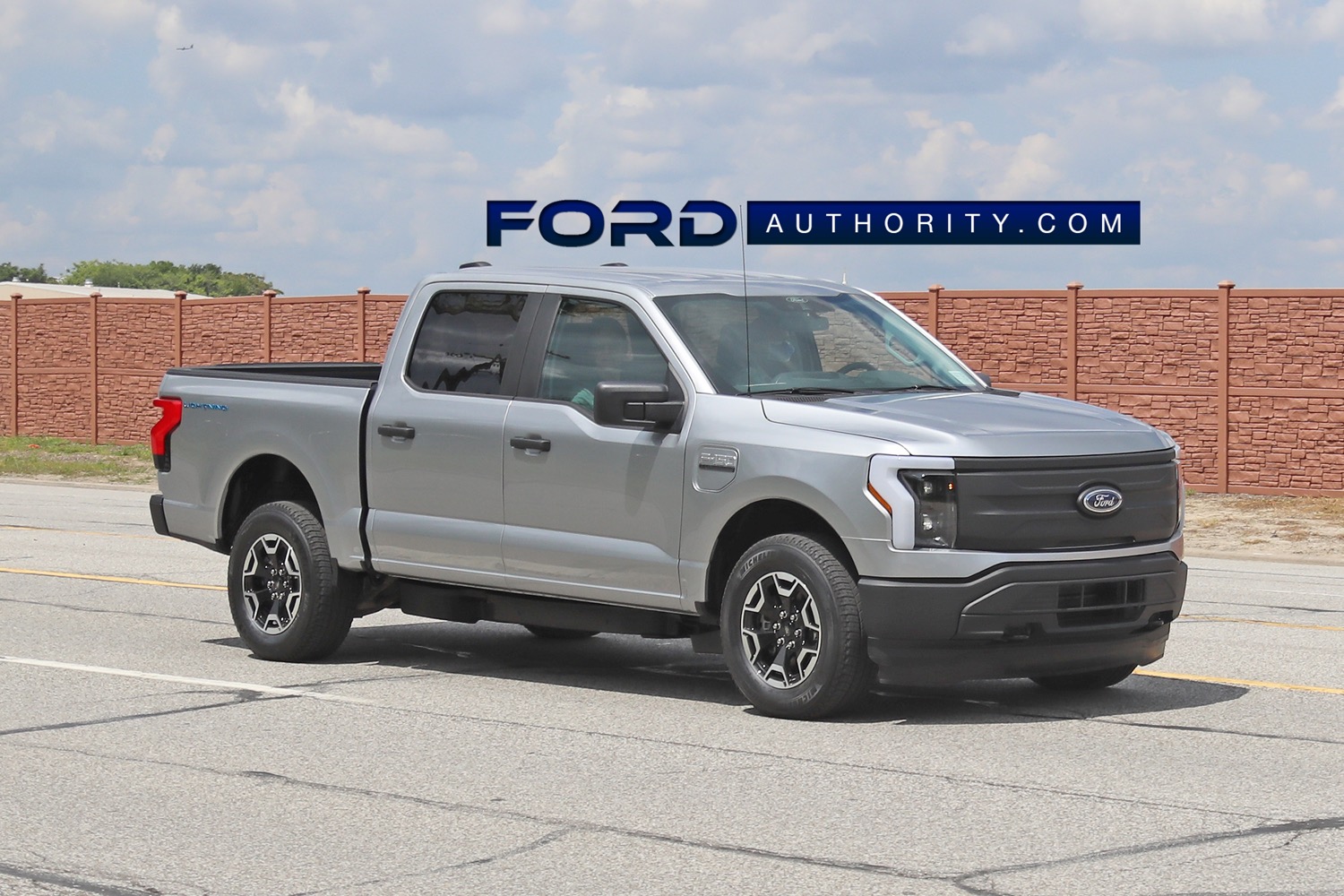 In recent weeks, Ford Authority spies have captured a number of F-150 Lighting prototypes out driving around, including a red Lariat, an Iconic Silver Platinum, an XLT with the Premium Package finished in Oxford White, and another XLT without the Premium Package wearing Atlas Blue paint. Now, we’re getting a very good look at the F-150 Lightning Pro, too. 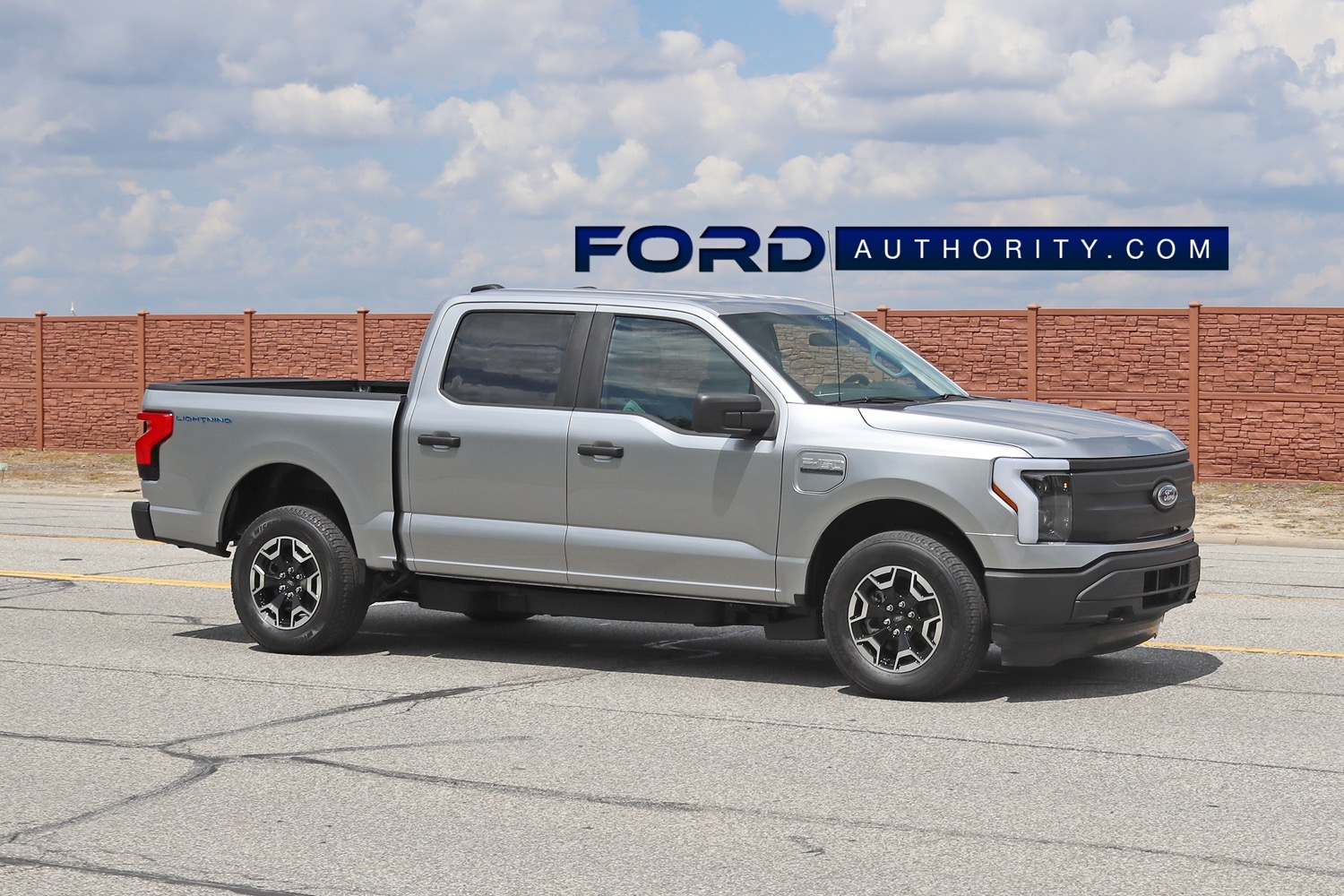 The entry-level, commercial work truck version of the F-150 Lightning is available with either Ford’s standard range battery, which provides up to 230 miles of estimated range, or the extended range battery and its projected 300 miles of range, though the latter version is reserved specifically for commercial customers. The standard range models offer a targeted 426 horsepower and 775 pound-feet of torque, while the extended range variant will boost horsepower to an estimated 563. 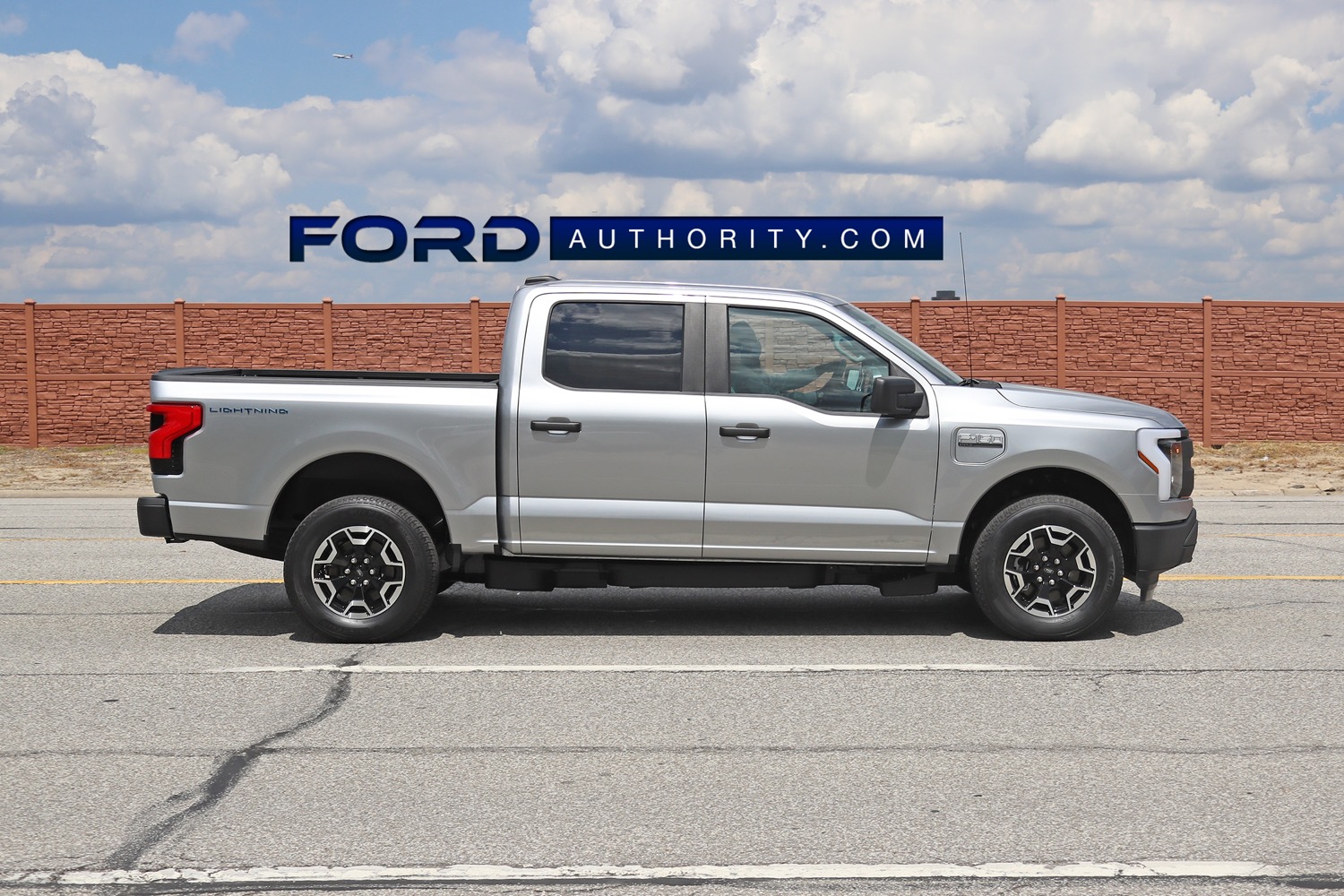 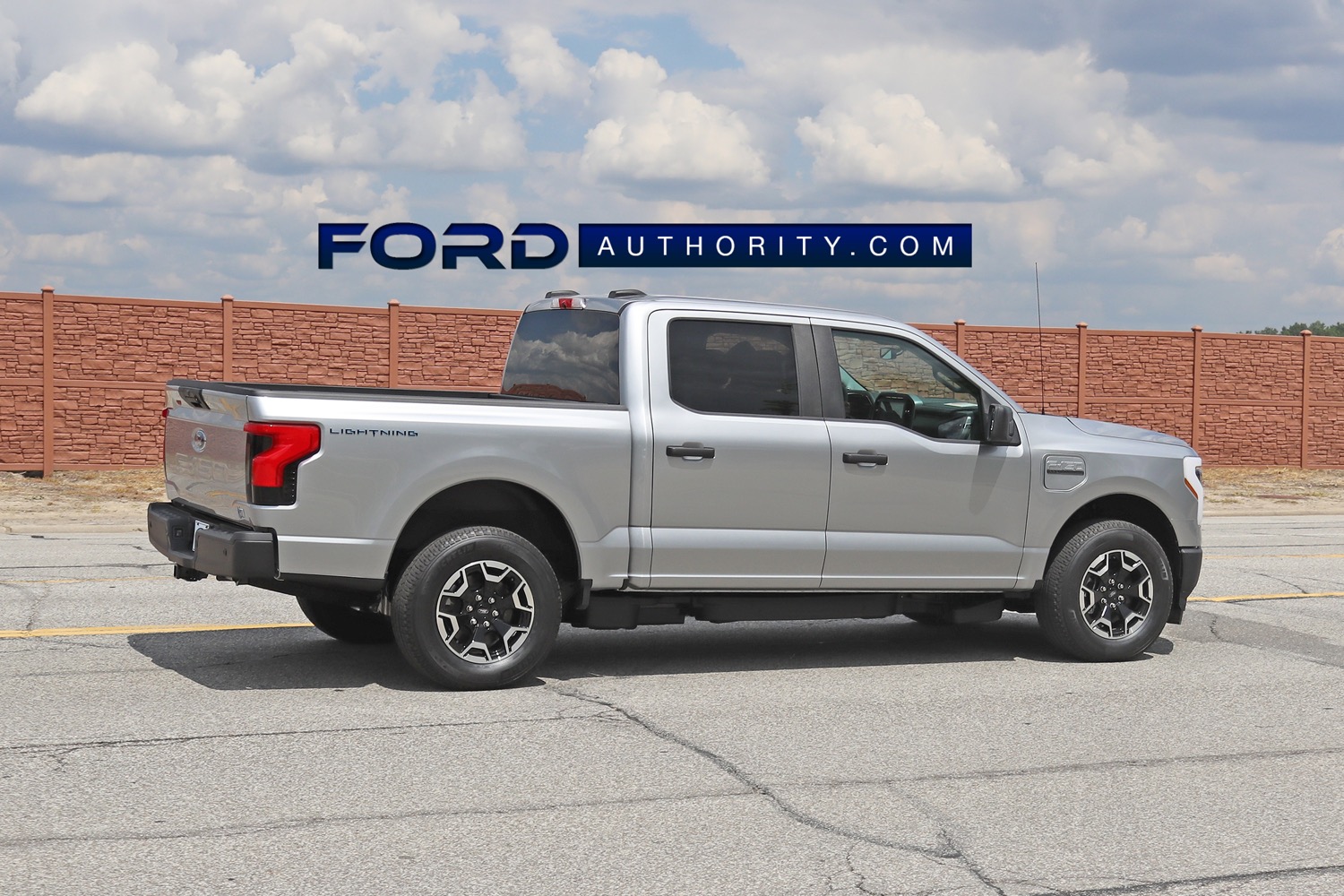 On the outside and inside, the F-150 Lighting Pro looks a little different than its pricier brethren thanks to 18-inch machined aluminum wheels with all-terrain tires, the lack of a front and rear light bar, standard vinyl seats, and more subdued exterior trim, including the front grille. 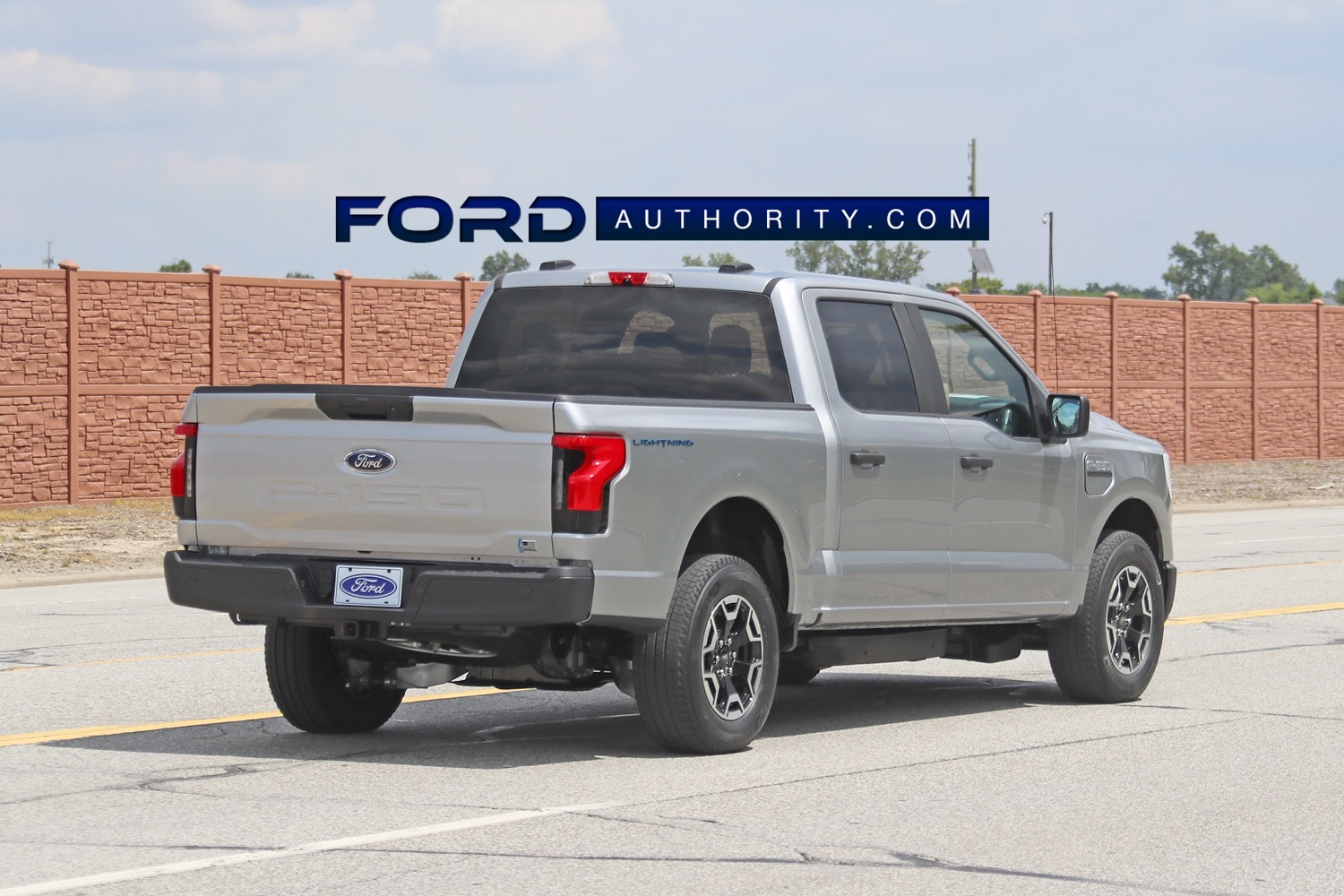 The 2022 Ford F-150 Lighting Pro starts out at $39,974 with the standard range battery, or $49,974 with the extended range battery. That will undoubtedly make it attractive to commercial customers, along with the electric pickup’s projected operating costs, which Ford estimates will be 40 percent less than an equivalent gasoline powered 2021 Ford F-150 equipped with the Ford 2.7L EcoBoost V6 over eight years and 100,000 miles.

We’ll have much more on the Lightning Pro very soon, so be sure and subscribe to Ford Authority for the latest Ford F-Series news, Ford F-150 news, F-150 Lightning news, and continuous Ford news coverage. 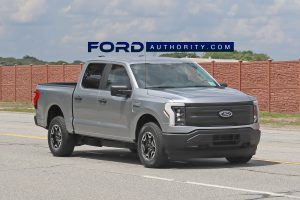 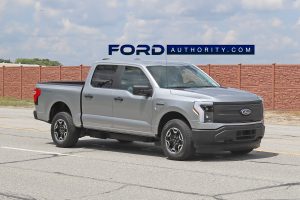 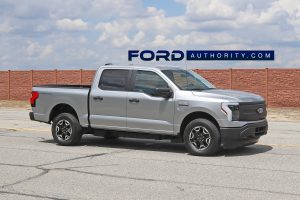 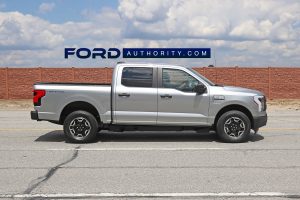 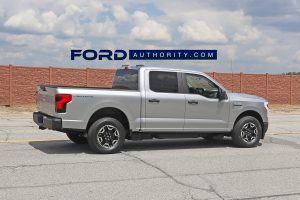 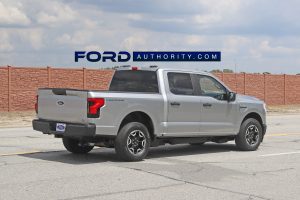 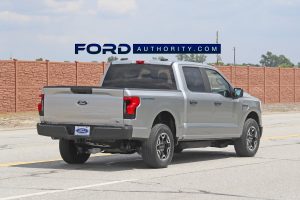 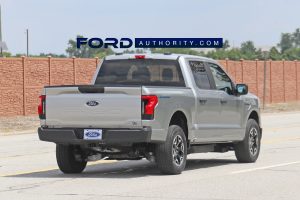