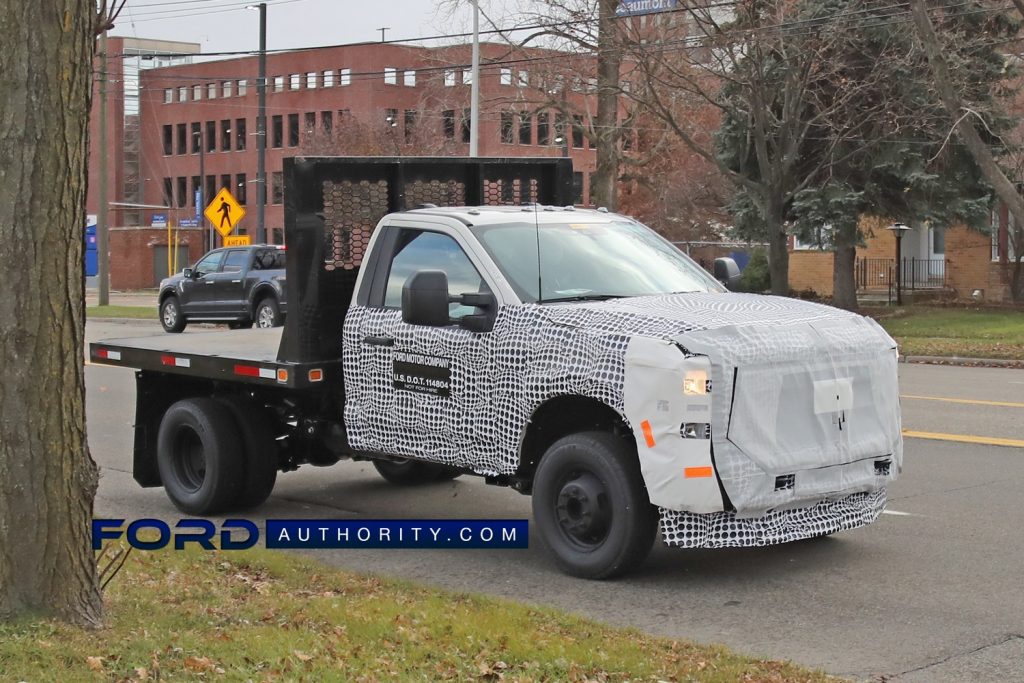 As Ford Authority reported back in September, the Ford Super Duty is expected to receive a redesign in 2023 following a refresh for the 2020 model year and new interior and exterior color options, improved tech features, and the addition of some new and revised appearance packages for 2022. Ford Authority spies have spotted a number of different 2023 Ford Super Duty prototypes driving around in recent weeks, and that list has now grown to include this 2023 Ford F-350 Chassis Cab prototype. 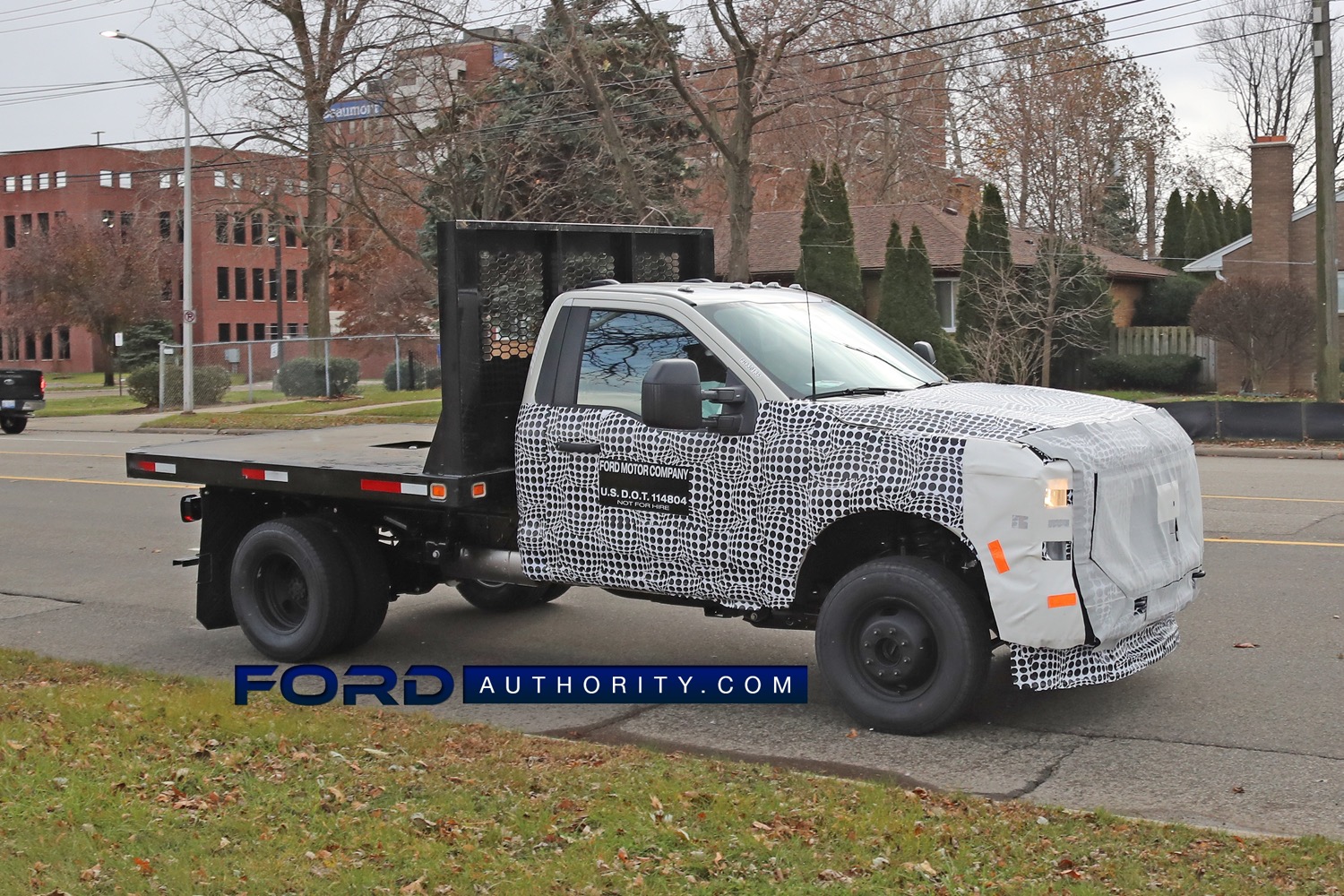 As is the case with previously-spied 2023 Super Duty prototypes, this 2023 Ford F-350 Chassis Cab is wearing heavy camo, which conceals any potential exterior styling updates. However, the basic shape of the current-gen Super Duty remains intact, including the presence of the familiar Ford F-Series styling line located at the top of the doors. This particular prototype is a regular cab model, though other cab configurations will be available in conjunction with the chassis cab. It’s also a base XL trim truck, which means that it is equipped with incandescent headlights. 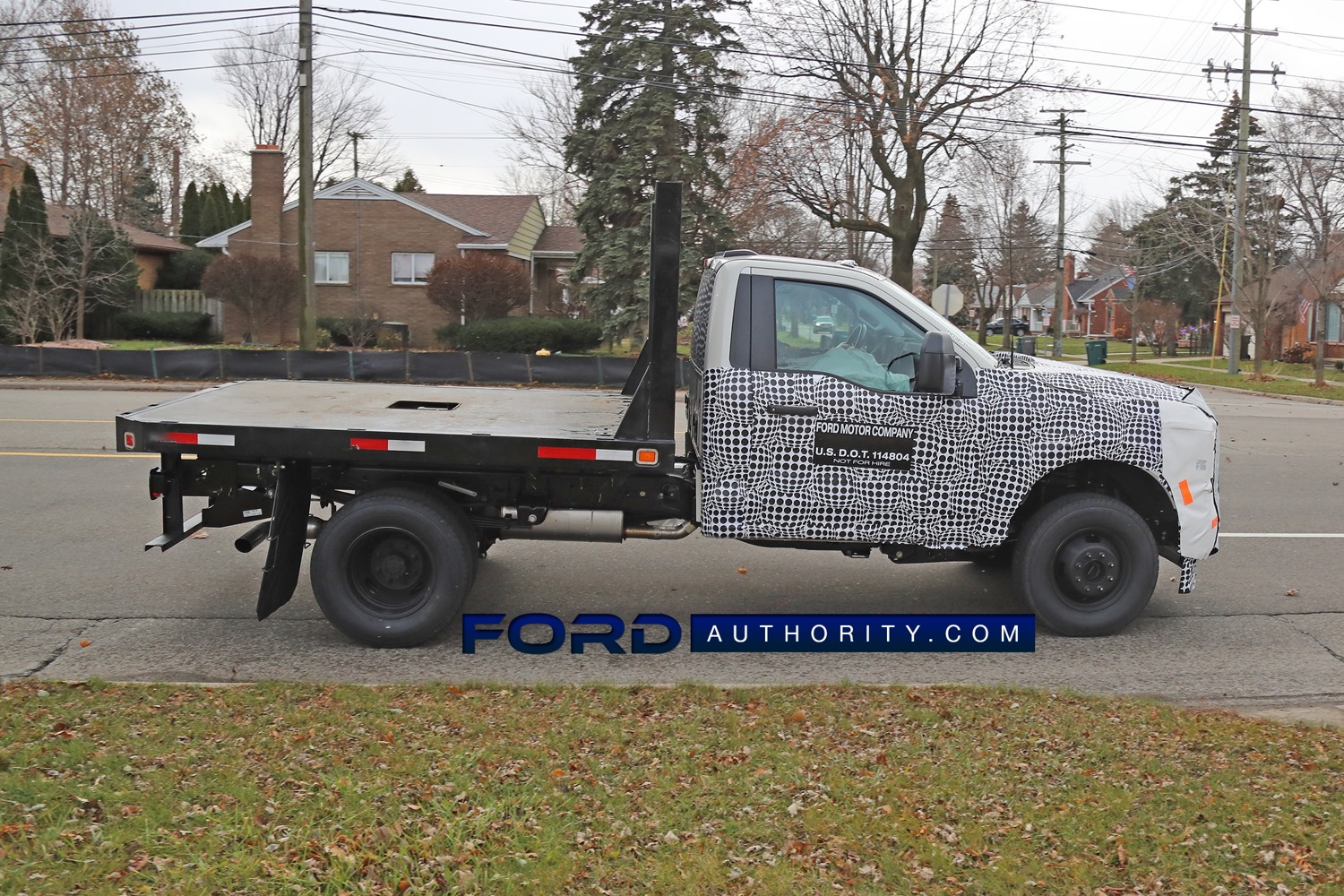 While the front end and cab are mostly covered by camo, the flatbed attached to the rear of this chassis cab truck is not, though it is pretty standard fare in that regard. This 2023 Ford F-350 prototype is wearing black wheels, as was the case with a 2023 Super Duty Platinum spotted by Ford Authority spies last month, though the two sport different designs. 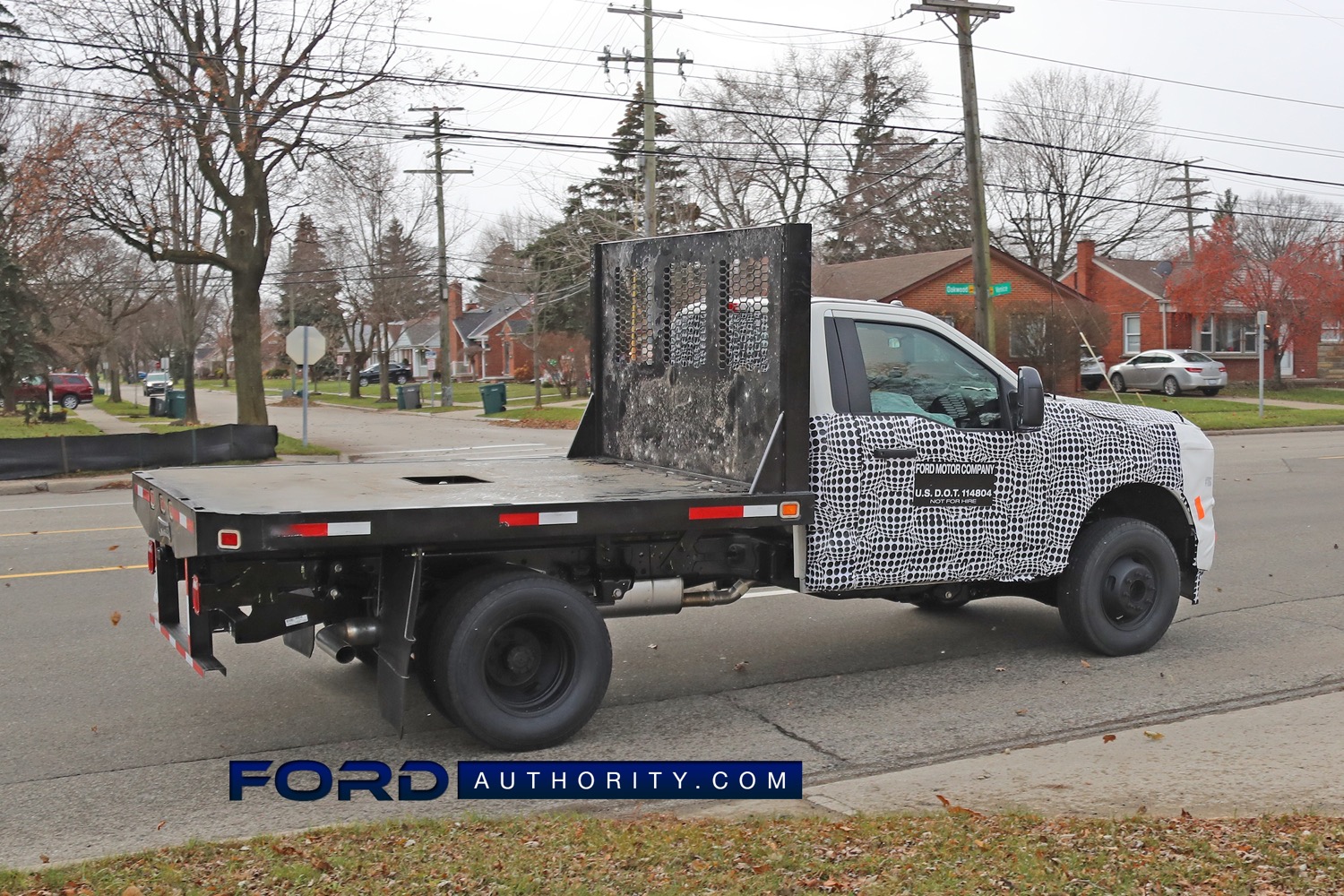 Ford Authority spies captured a 2023 Super Duty regular cab dually prototype out testing for the very first time back in October, followed by a SuperCrew dually and a SuperCab with a standard bed just a few days later. Toward the end of that same month, our spies captured the 2023 Super Duty’s interior on film for the very first time, showing off a design that’s very similar to the 2021 Ford F-150. 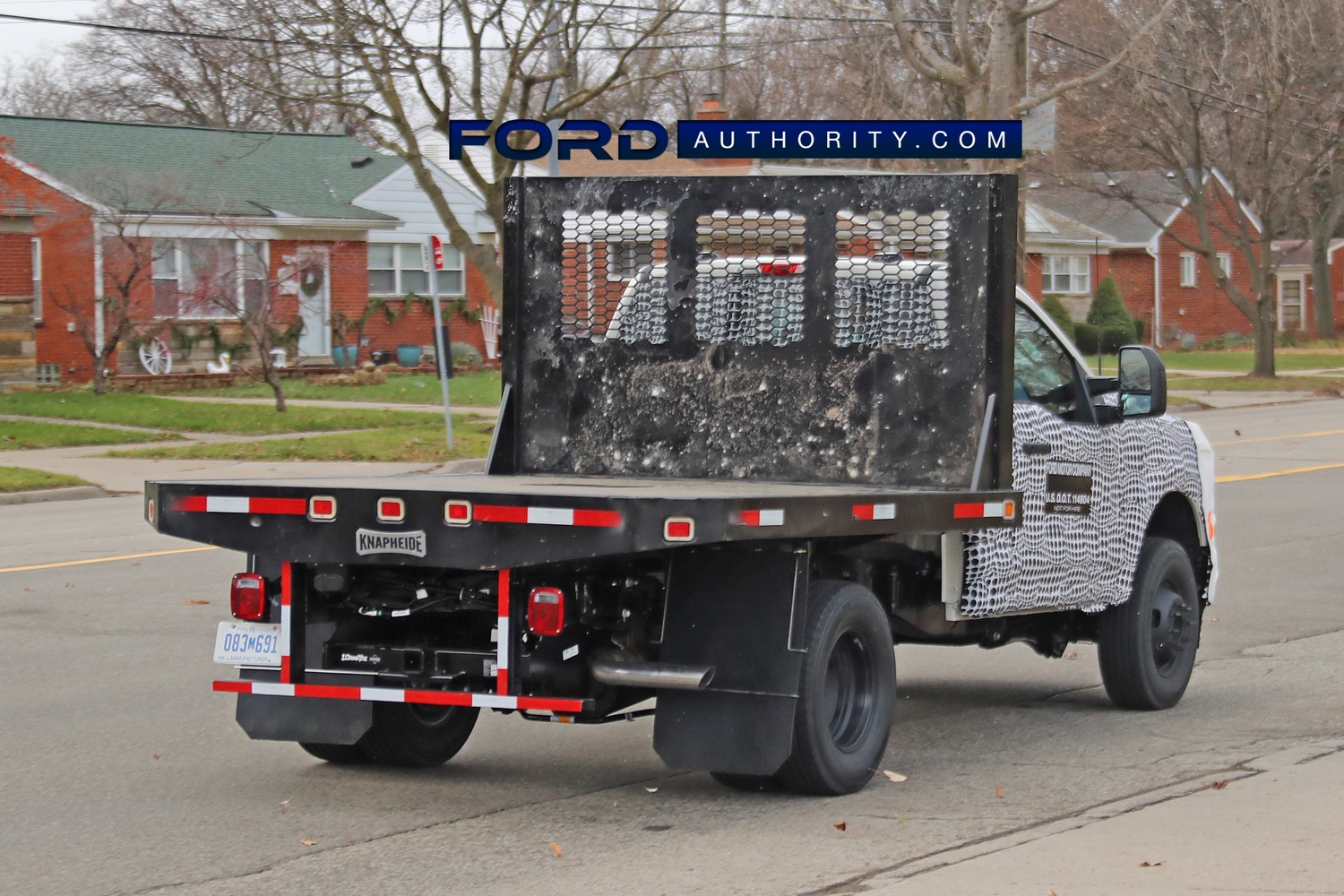