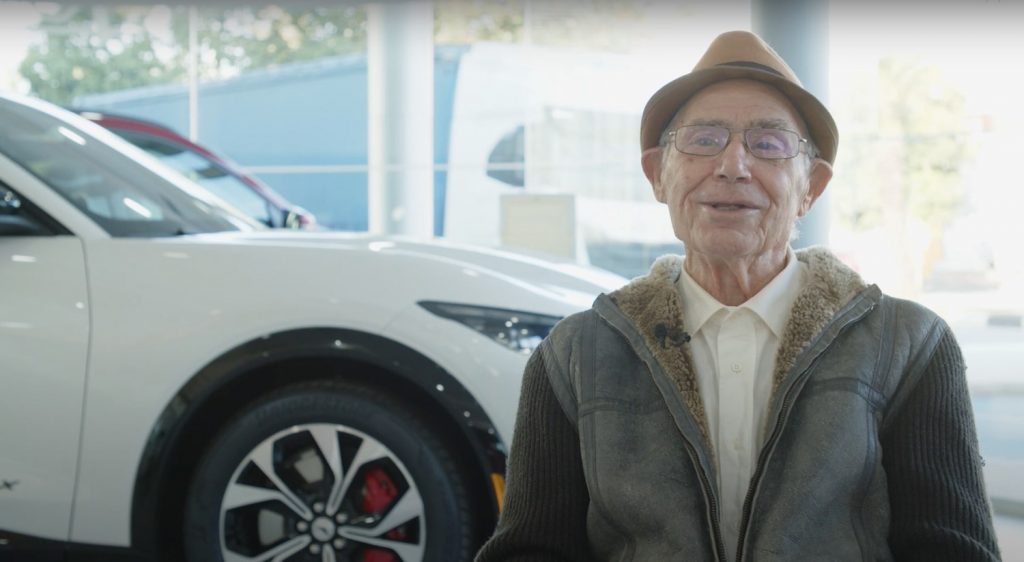 The Ford Mustang Mach-E has won over its fair share of critics and shoppers in recent months, landing on Consumer Reports’ list of recommended cars and Kelley Blue Book’s top ten most considered electrified models list, while over 90 percent of owners recently said they would recommend the EV to other customers. It appears that the Mustang Mach-E isn’t just popular with younger, tech-savvy folks either, as an 87-year-old owner by the name of Pedro García seems to be quite happy with his purchase, too. 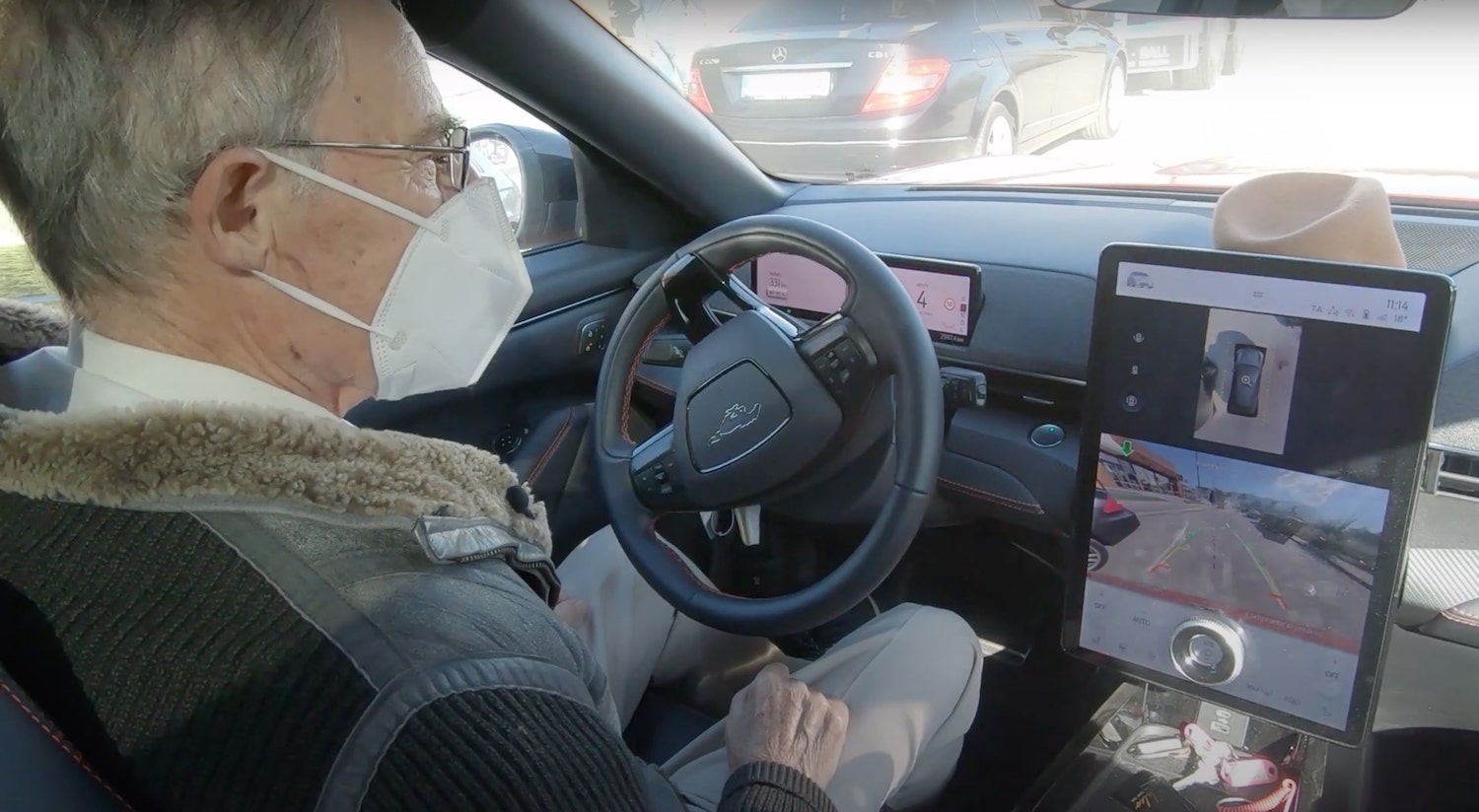 “You can’t go against the future. You have to get ahead of the future. This car is the car of the future,” Garcia said. “What I like the most is that you don’t have to go to the gas station. They installed a wall box at home, and I charge it there, end of story.”

Garcia has owned a number of Ford vehicles over the years, and over that time frame, he’s become quite close with the folks at his local dealership – Auto Christian in Alicante, Spain. So when the dealership took delivery of its first Mach-E, they invited Garcia to come take a look and see what he thought about it. Garcia obviously came away impressed and was among the first to purchase Ford’s new EV crossover.

It would be easy to assume that Garcia might have a hard time making the switch to the high-tech Mach-E, but apparently, that wasn’t the case at all. Miguel Estrela, a salesperson at Auto Christian, says that Garcia mastered the vehicle pretty quickly – not only navigating its giant touchscreen but also figuring out how to use one-pedal driving and charging the Mach-E. “This is a gem, man,” Garcia said. “I go for a drive, and I’ll visit places I haven’t been in fifty years, and I enjoy it.”

We’ll have more videos like this to share soon, so be sure and subscribe to Ford Authority for more Mustang Mach-E news and ongoing Ford news coverage.