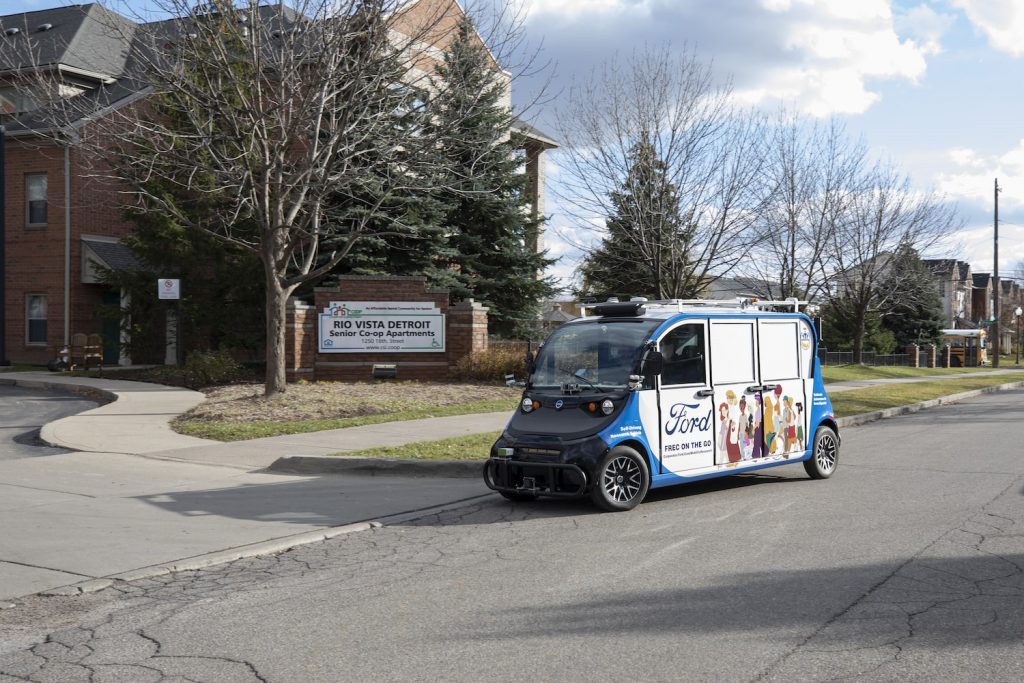 Autonomous vehicle development continues to be a big focus at Ford and its subsidiary, Argo AI, which have recently opened a smart parking lab in Detroit, partnered with Walmart on autonomous deliveries, released guidelines on how self-driving vehicles should interact with cyclists, and teamed up with DP World on an autonomous research program. Now, a new Ford AV pilot aims to do some good in Southwest Detroit by delivering 10,000 pounds of fresh food to those in need. 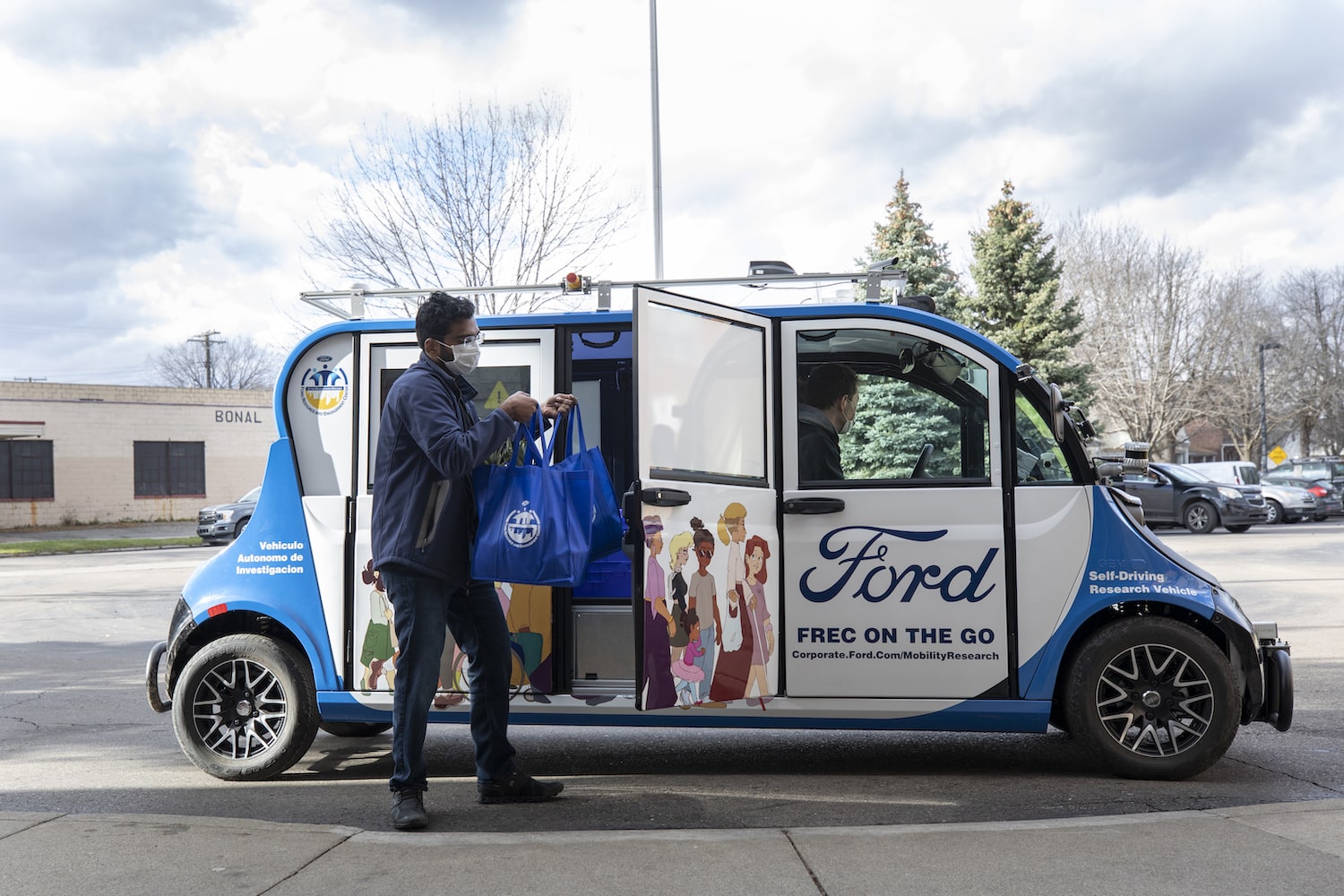 The six-month Ford AV pilot is based out of the automaker’s Michigan Central Station property and is one of the very first projects to emerge from that renovated campus. Ford Fund and Ford Motor Company will be using autonomous vehicles to deliver complimentary food via the recently launched Ford Resource and Engagement Center (FREC) on the Go to 20 mobility challenged senior citizens that reside in the Rio Vista Detroit Co-op Apartments senior living center. 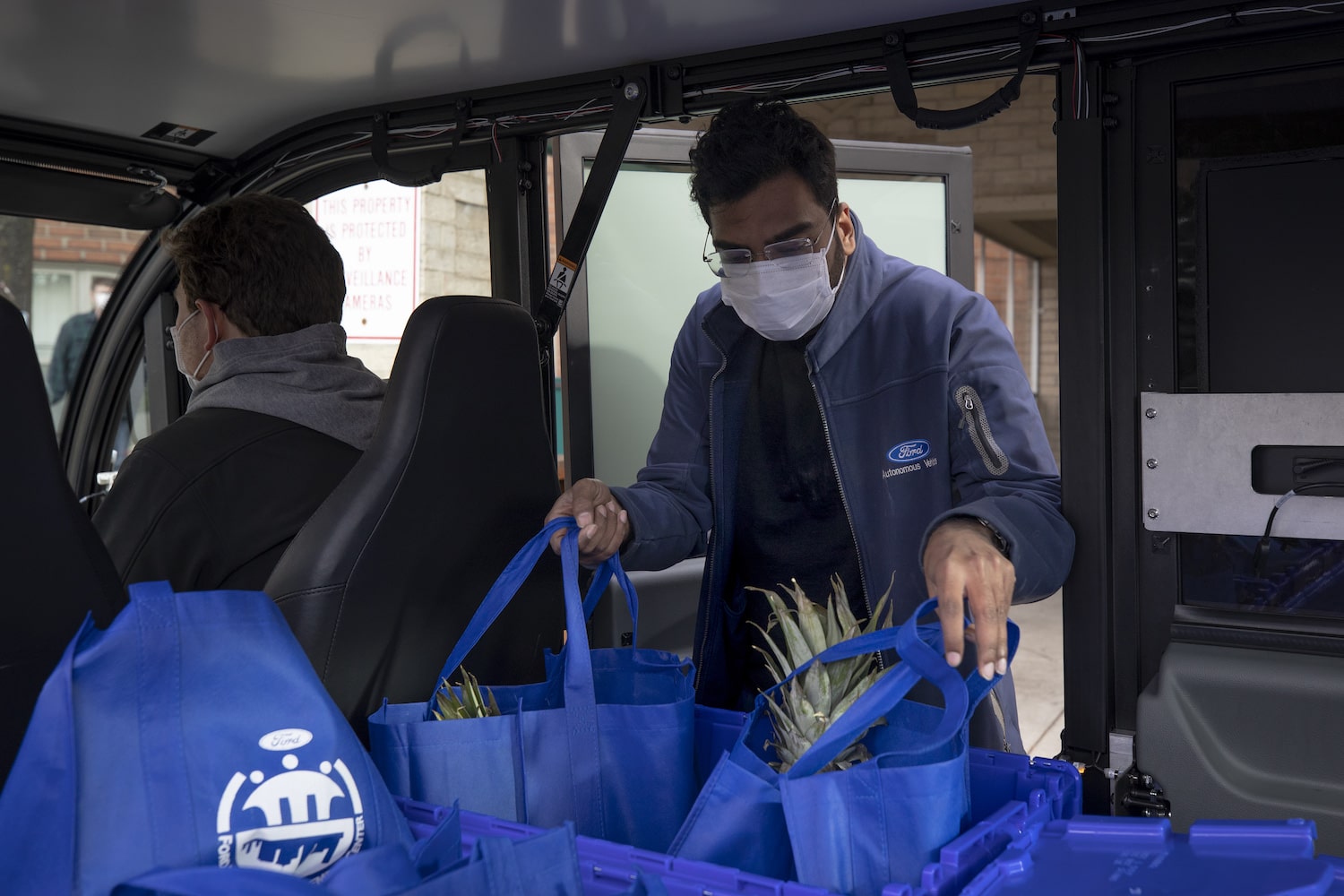 To date, Ford Fund and Gleaners have distributed 2.4 million pounds of food through the program, which includes a mixture of dry and canned goods, fresh produce, and dairy products such as milk and cheese. This new pilot will utilize a low-speed autonomous shuttle operated by the Ford future tech autonomous vehicle team and Ford’s wholly-owned subsidy, Quantum Signal AI. The vehicle will run a route between FREC and Rio Vista autonomously, though there will be a safety driver on board in case things go wrong. 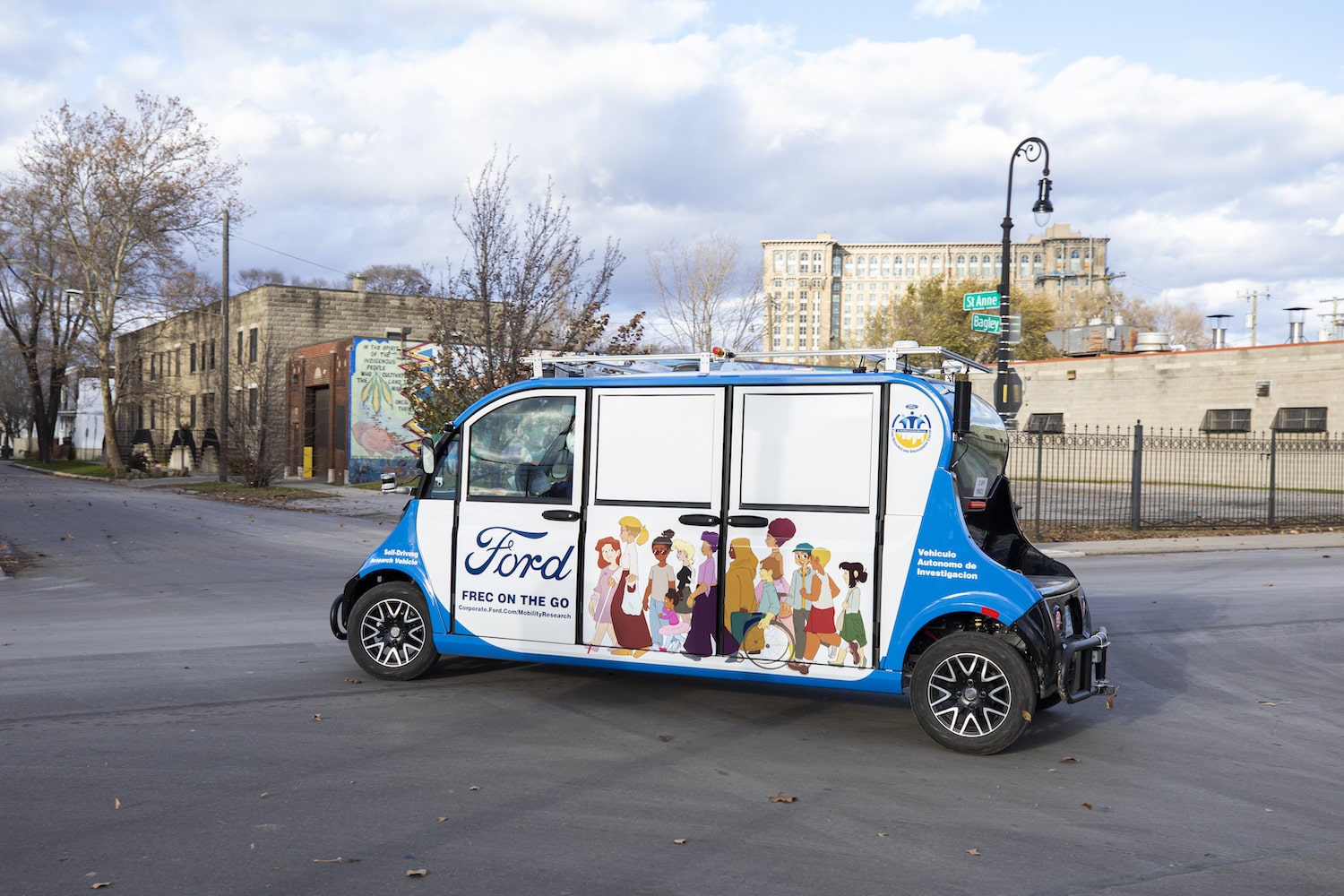 The exterior of the shuttle was designed by Detroit School of Arts student Brooke Snow, who was awarded $5,000 for his efforts that she plans to use toward college. In the meantime, Ford plans to use this pilot as a way to learn the best methods for autonomous grocery delivery as it aims to commercialize those endeavors in the near future.

We’ll have more on Ford’s autonomous vehicle efforts soon, so be sure and subscribe to Ford Authority for 24/7 Ford news coverage.